How to set skin_root_mark on selected vertices of a skinned mesh generated in Python?

I'm writing a procedural tree generator that creates a mesh consisting of a network of nodes joined by edges, then adds a Skin Modifier. Here is a simple example with just one trunk and one branch: 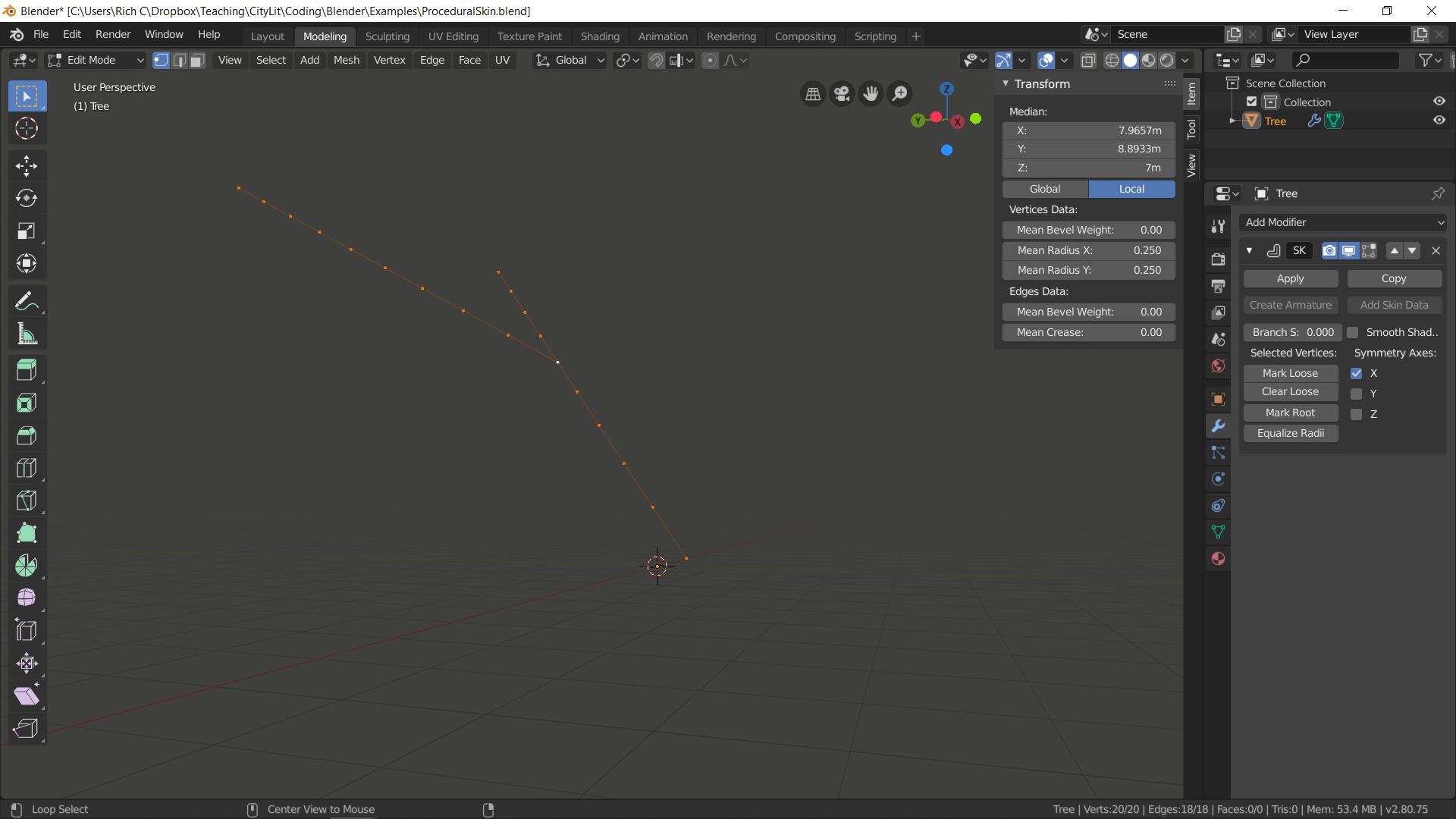 The Skin Modifier does this: 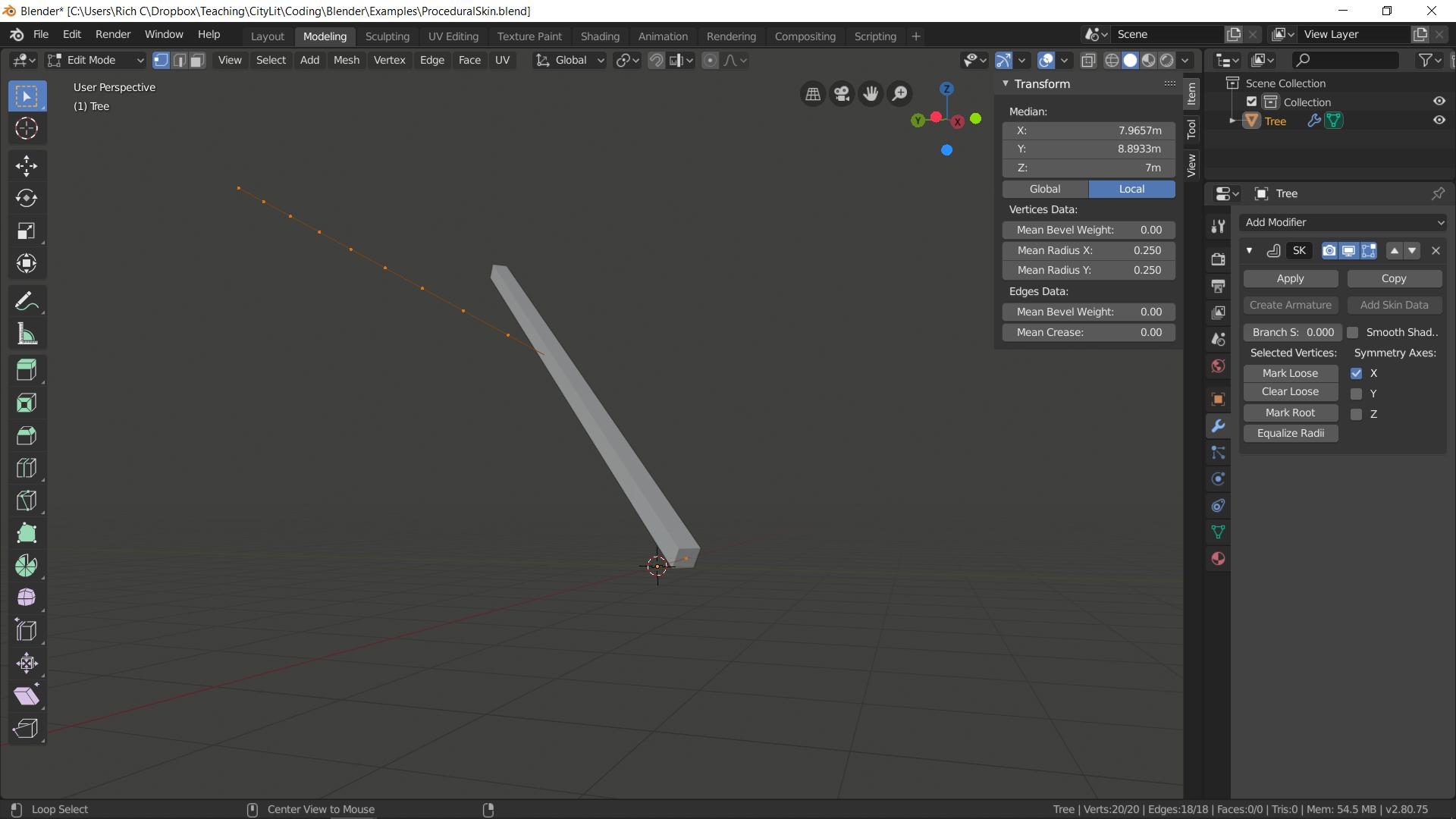 I get the desired effect if afterwards, via the UI, I select all nodes that represent "joints" between branches and click "Mark Root" on the Skin Modifier. 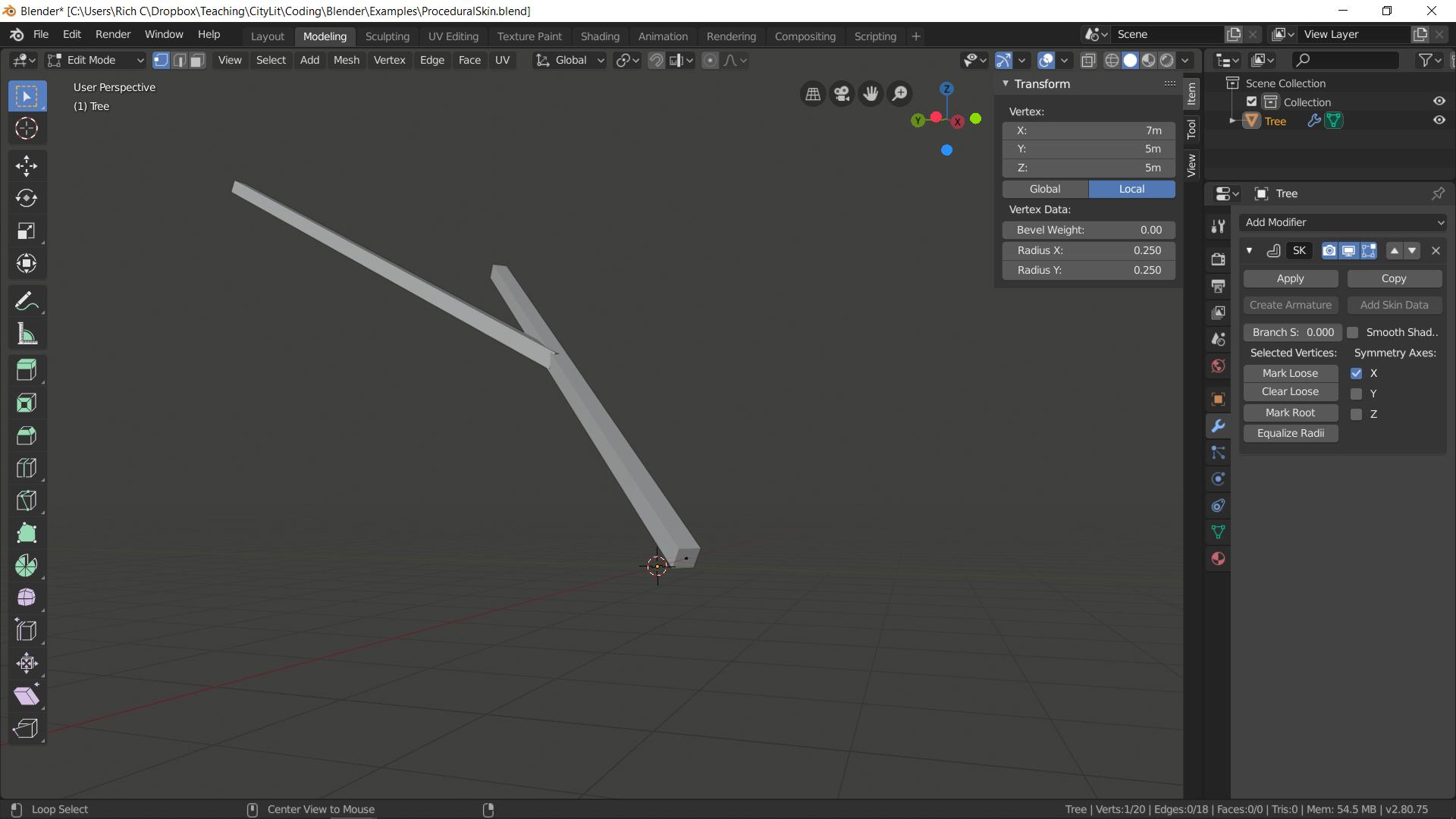 It also works if I just select the whole mesh and hit "Mark Root", but obviously this is not really correct. But at this point I'll take that.

The Info panel suggests bpy.ops.object.skin_root_mark() and trial and error suggests this works on the selected vertices in Edit Mode. My effort at scripting this produces this error:

This error is raised by the attempt to switch to Edit mode or, if that is commented out, by the call to skin_root_mark (the latter is the version pasted above). I can't tell from this error message what the underlying issue is, especially as the same error occurs on either of the lines, which seem

The following is a MWE that exemplifies the crash without all the tree-building logic:

As an aside, it's not at all clear to me how skin_root_mark works. What's the intended behaviour if you have nodes selected that belong to multiple objects and / or are affected by multiple Skin Modifiers? It seems like an odd choice to make it a global function rather than, say, a list of vertices attached to each modifier. If anyone can point me to info on the rationale behind this, that would also be very helpful.

As said in comment, the object is not active and that's why the ops failed.

Though you can also without ops:

Also note that, this way you can assign multiple roots which is not allowed from the UI. I don't know if this can lead to issues or not.

Not the answer you're looking for? Browse other questions tagged python scripting modifiers or ask your own question.

13
How to join objects with Python?
2
How to set edge bevel weights from a python script
1
Why does Skin modifier give No valid root vertex error when placed after Decimate modifier?
2
Select Object and recalculate normals via script
2
“Context is incorrect” python error, while script moves modifier up in modifier list during rendering
1
how to set context to run operations
0
Blender 2.8 modifier apply Python
0
How do you call “animation_play()” from AN?