Boolean Cutting is not Working

I have been working on this for like 5 hours but still can't figure it out. I want to use the plane and the Boolean Modifier to remove the end of the nose from the elephant, but it doesn't seem to work, and either the plane is gone or the size of the nose cuts the plane.

I have attached the file, if anyone could help that would be great! Sorry for the trouble once again, thanks in advance.

Booleans are a volume-based operation

Literally, boolean is about doing simple maths between two volumes. Like A + B or A - B.
A plane has zero volume. So you're asking Blender to do the maths A - 0... Which equals A.

If you want to remove the end of the nose, extrude your plane so it contains all the parts you want to cut off: 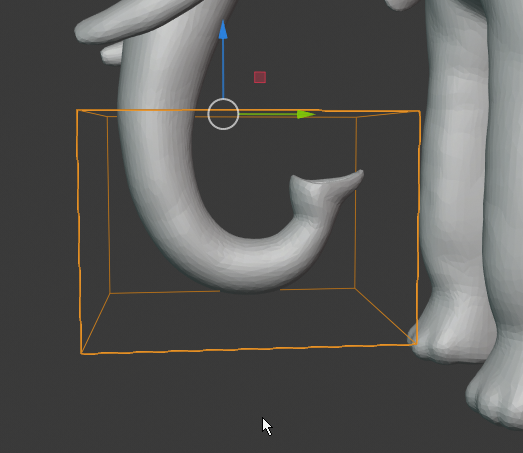 The modifier must be set on the target final object

Your goal is to have your elephant without its nose, so it's the elephant object that should wear the boolean modifier: 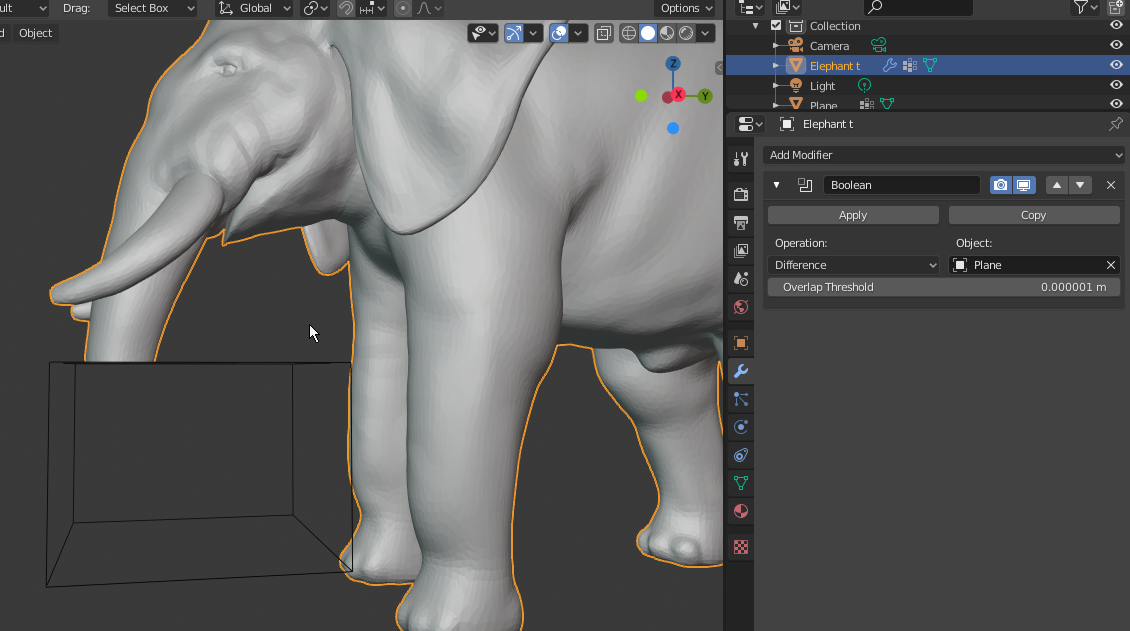 You just need to make a boolean between the Elephant and a cube, not a single plane. 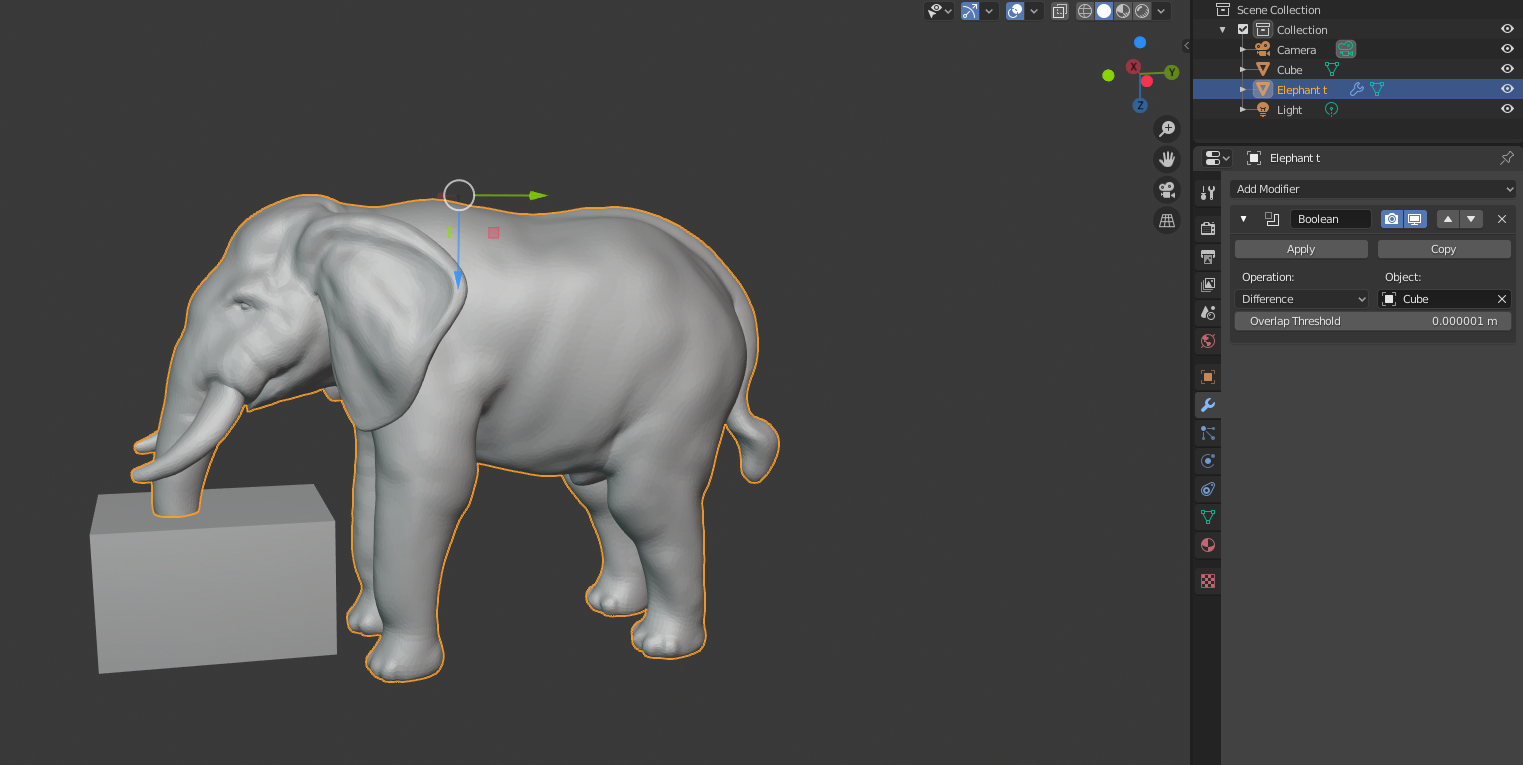 2
Boolean modifier difference not working
0
How to make Snooker holes with boolean?
1
Cutting a 2D plane using intersecting planes as a guide
0
Difference boolean for overlapped objects or any possible alternative
0
Boolean Modifier results in artifacts
0
Boolean not working not sure why
0
What am I doing incorrectly with the Boolean modifier? *Video attached*