Rigging a complex character with clothes

My workflow is as follows: 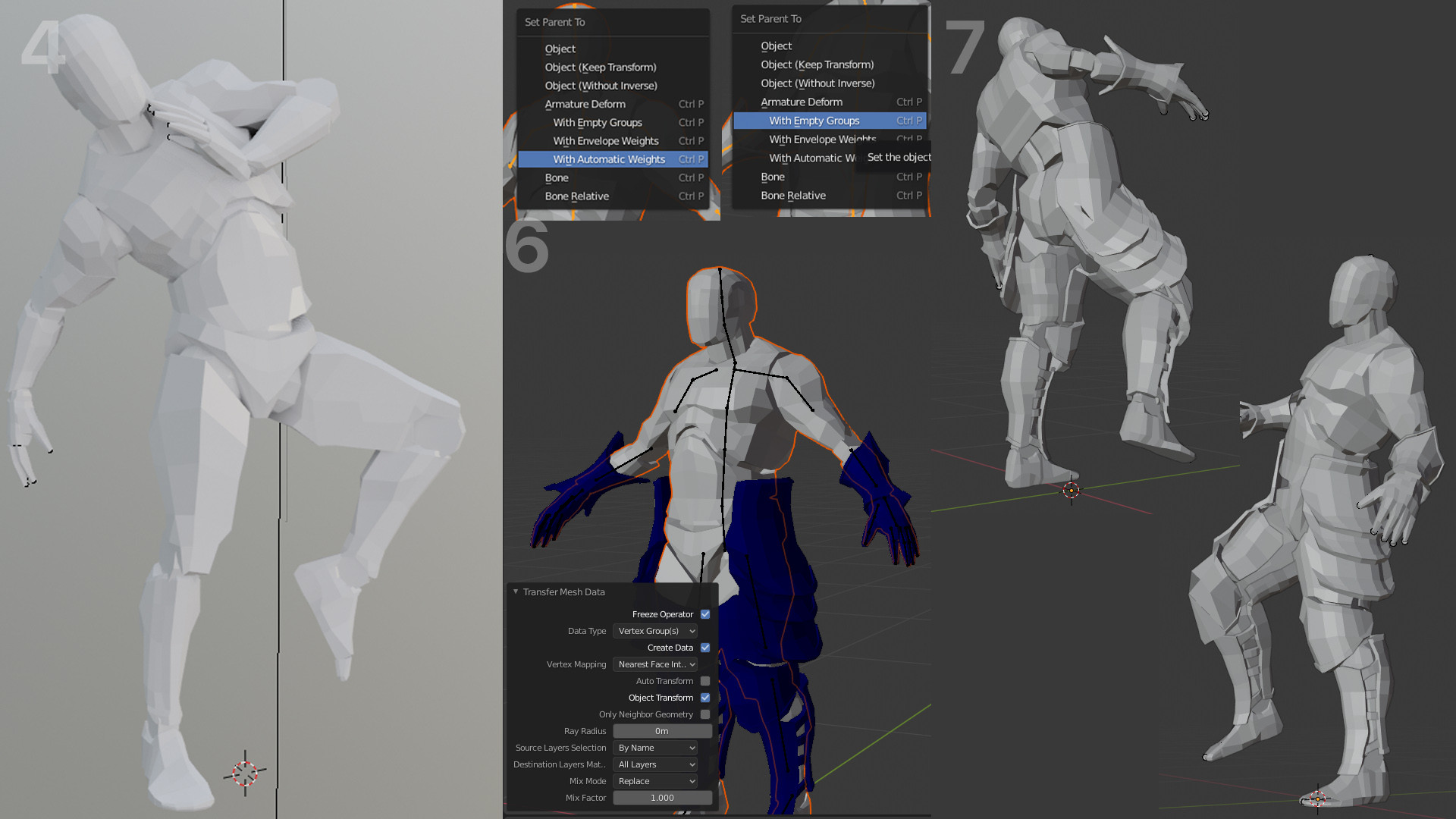 My question is: Can I make some (metal) armor really hard so that they do not deform when moving and hook them on a bone or joint?

Perhaps I created a problem by creating such a complex character, I'm new in the Blender.

If you want to make something to deform like absolutely solid thing, you need to maintain the vertex weights of this part assigned to one single bone, and only this bone. That may lead to further problems though. Generally, skinning such "sandwich" chars as yours is always a pain in a butt, and you'll probably have to be ready to agree with some clipping in any case...

1
How do you make clothes move along with model
0
What is the best practices for rigging a Cartoon Character
1
Getting separated meshes to use the same armature (clothes and hair moving with body ex)
1
Clothes rigging/movement issues 2.79
1
Rigging Clothes To A Character
0
Problems with automatic weights when rigging