Fix overlaps on a bent mesh - any automatic method?

I use Array & Curve modifiers to create roads & surrounding terrain for my racing tracks.

This is the model that gets instantiated (horizontally) along a curve: 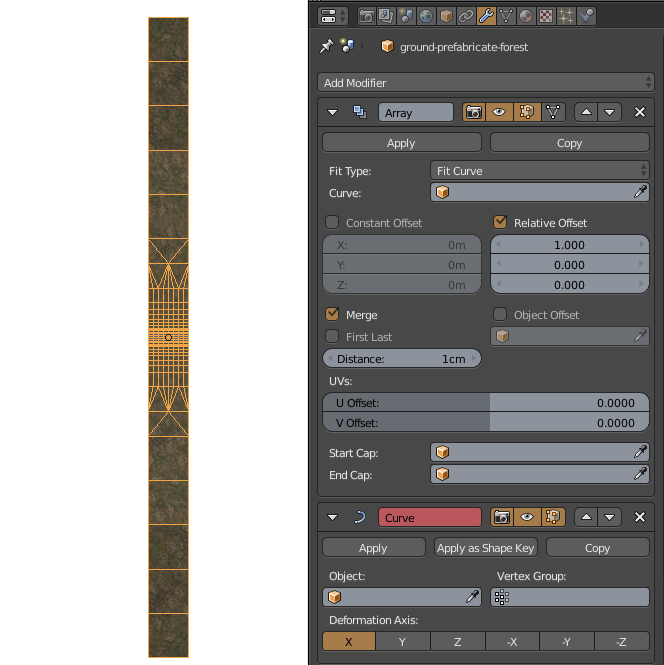 Because the instantiated object is quite wide, I get a lot of overlapping geometry in every sharp turn (especially in so called "hairpins", where the road turns at 180 angle), like in this example: 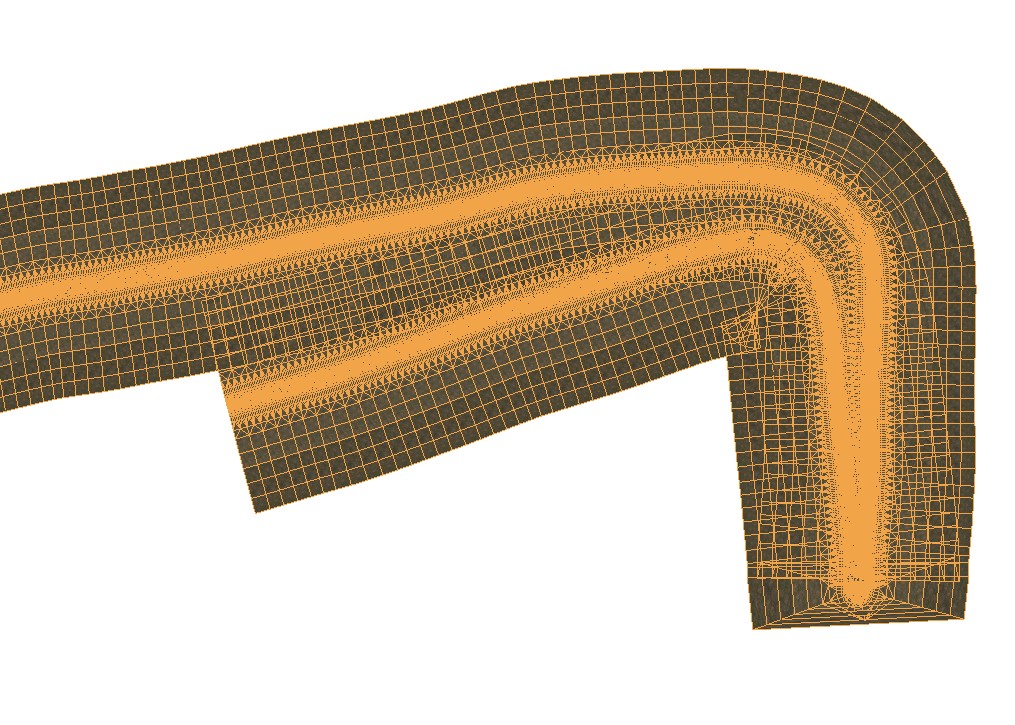 I can deal with this manually by selecting & removing the superfluous polygons, merging vertices (using vertex slide + automerge, merge by distance etc.), cutting new topology etc. And after some hours I finally get some usable mesh like this: 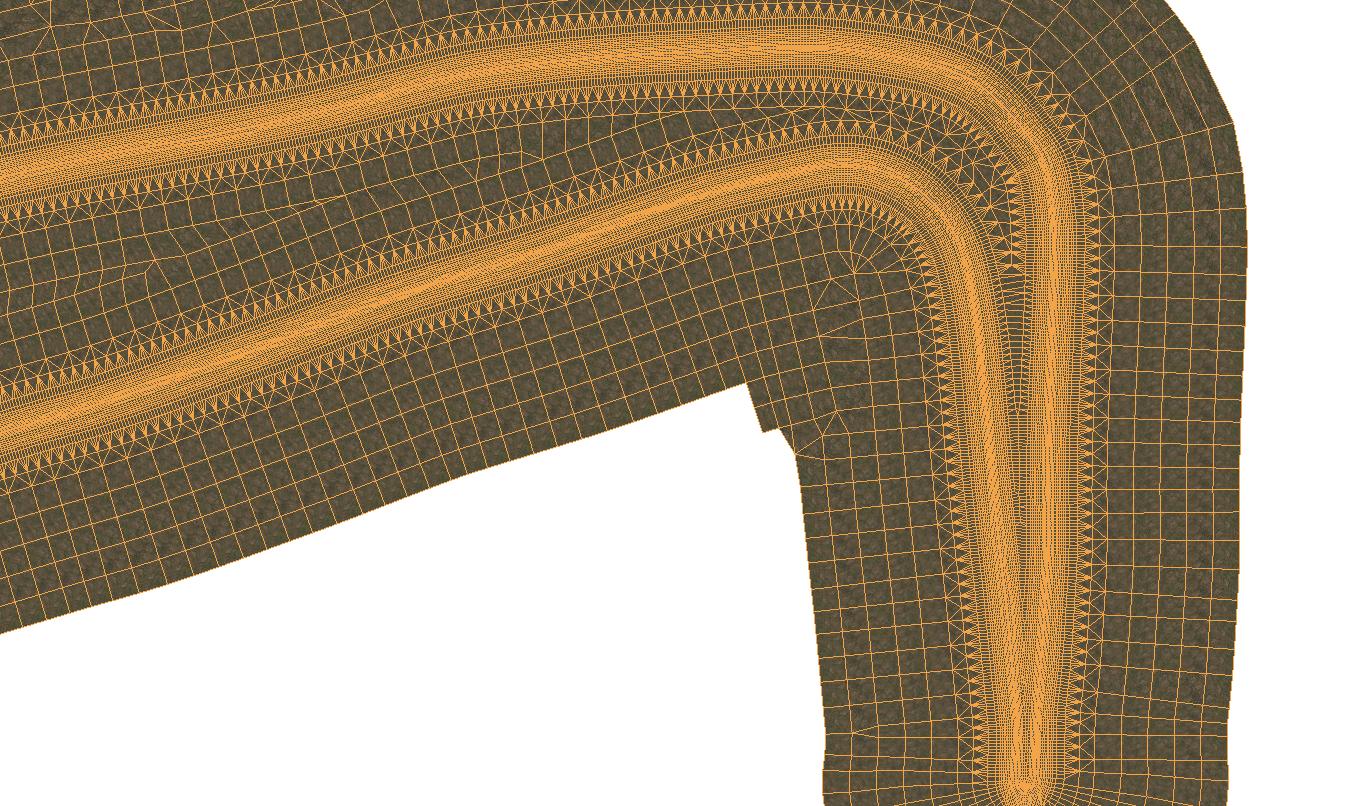 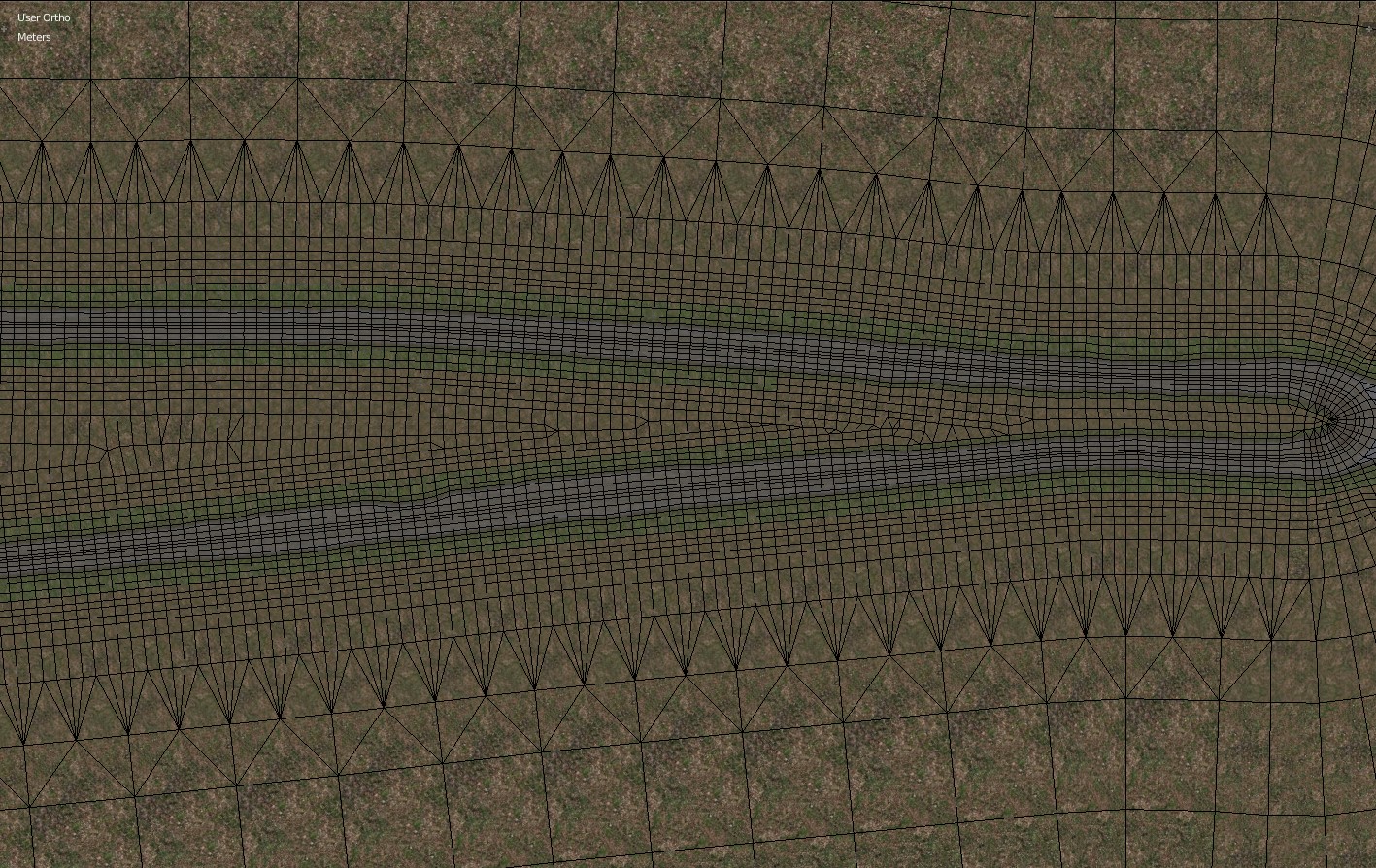 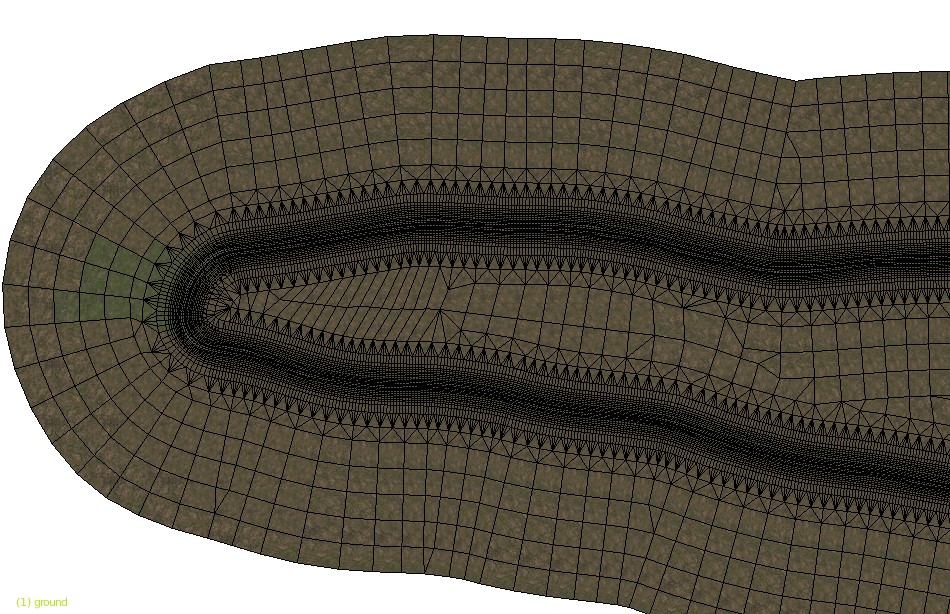 As you can imagine, this workflow isn't especially effective and the results are also far from being perfect, so I would like to ask - does anyone have an idea how to automatize this tedious fixing process? Any addon, modifier that could be useful?

I see you are using a blender version <2.80 but if you think this method can save you some time, you can always do it in a newer version and export the mesh in an earlier version.

We will use the "Weld" modifier introduced in blender 2.82 and its new "Vertex group" option. Basically the weld modifier will merge the vertices under a certain threshold distance. We will use a vertex group only in the outer area of your road, which has more sparse geometry, because else the main part of your road will vanish.

So basically, add a vertex group and set the value to 1 in the outer part, which bends atrociously when the curve turns. Set the central part to 0. 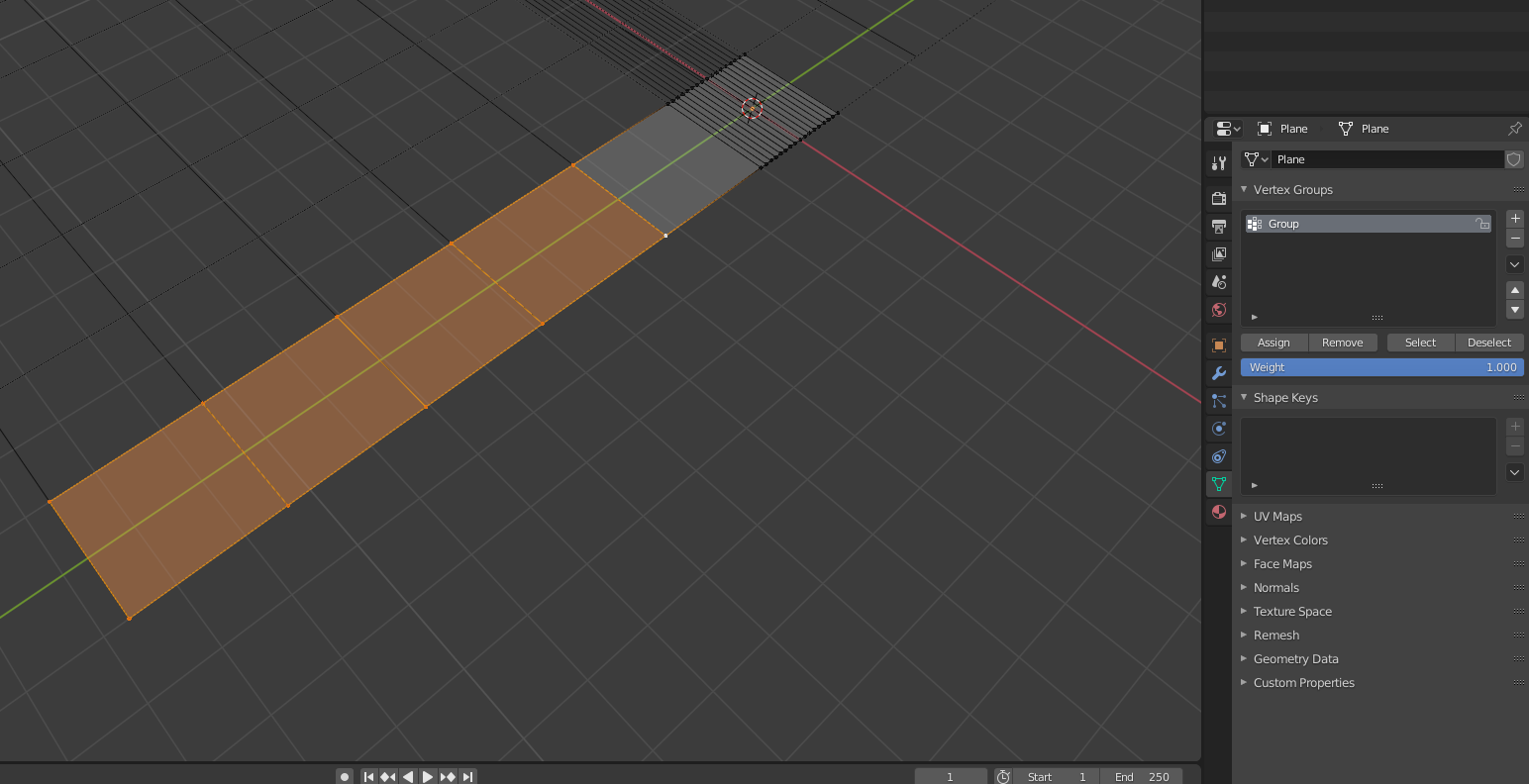 Add a weld modifier after your other modifiers, set the vertex group to the one you created. Tweak the distance and set the duplicate limit to 0. The weld threshold has a soft limit to 1 but you can enter a higher value. 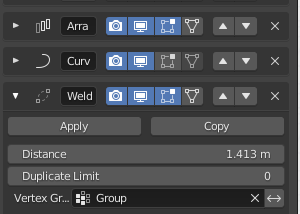 This is not the prettiest mesh, but a big part of the job is done and it is non-destructive.

Edit : I noticed that this doesn't work for U-turns. I propose a slightly different method but the results are a bit mixed. We will mask the faces which are overlapping on the road.

The result will have a few artifacts but it is much more usable than before :

To try to correct the uvs, add a "UVProject" modifier in the end of your modifier stack, and set it to your UV map, and use your curve or your arrayed plane to project :

I assumed you used different materials for the road and its exterior but you may have a visible seam there... I don't know much more about this.

Note : the "vertex group" option did not work in my 2.82 version although the field is here, I had to use a 2.83 beta version, if it was a bug it was fixed by the team inbetween.

Not the answer you're looking for? Browse other questions tagged mesh modifiers add-on topology or ask your own question.

1
Script method to trim mesh objects
1
Method for drooping mesh vertices over rounded objects
0
Best way to fix this mesh?
1
How to make a race track join to terrain