How to bend two parts of a flat objects on two different axis? 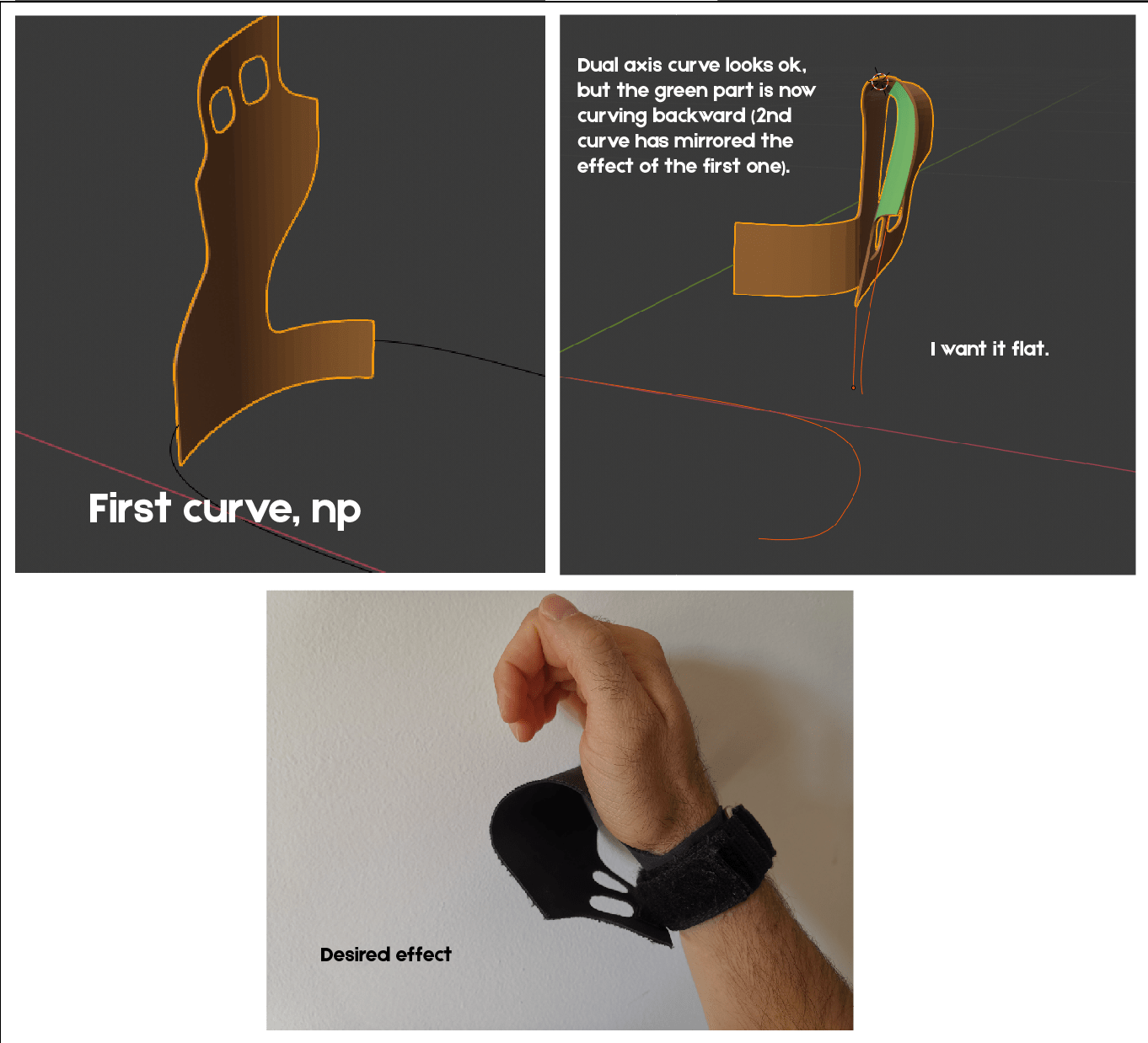 Hi guys, I already posted this on reddit blenderhelp but I think it kinda became a meme, and even though I fixed a few things my problem hasn't been solved.

My problem is that I want the top part to be flat on the X Axis, because after a 180° Z Bend, the top part of the object now moves away from the X Bend trajectory, as it is now mirrored.

I tried applying Vertex groups on the bottom half so that the top wouldn't bend on the X Axis, but blender doesn't make a smooth transition between flat and bent parts, I get weird connection polys instead of a fluid twist (or untwist in this case).

Is there any simple way to bend an object in two different directions ? A bit like so https://blenderartists.org/t/c4d-like-bend-deformer/1146668

You could go with the Bend, using limits and Axis/Orientation Empties in the modifiers, but IMO, you would get finer control over the curves using Curve modifiers throughout?

Excluding the flat region from the circular curve modifier

In order to keep the end of the folded-over region flat, it must remain unaffected either by the mapping of the entire object into the curve, or the subsequent deformation. The first is achieved by arranging origins. 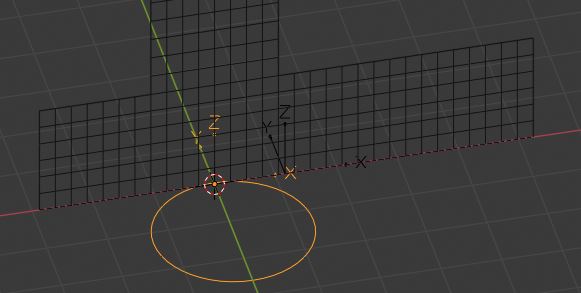 The second is achieved by weight painting: 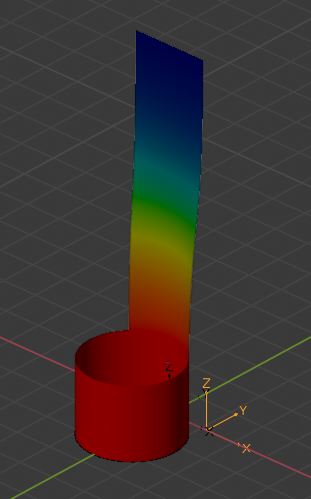 The bottom is curved, the top remains flat, and in place.

Adding a second curve modifier to fold over a section.

The folding curve modifier deforms in Z, its curve can be anywhere you like in X, but here shown with its origin in the same place as the circle curve. 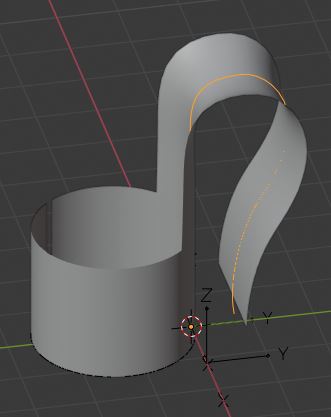 You could flatten more or less of the flap with weight-painting. 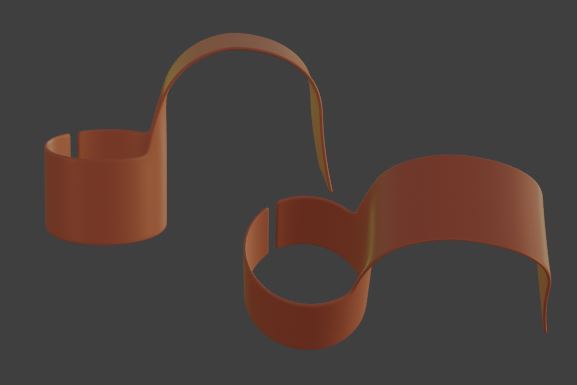 Not the answer you're looking for? Browse other questions tagged modeling mesh modifiers objects bezier-curves or ask your own question.

2
How to wrap / bend an object
3
Bending with Lattice modifier
1
Modelling a Dagger (1): How to bend straight faces
0
Modeling question - twist/bend part of a mesh
1
Is there a spiral modifier?
2
How to revolve flat object by twisting it 360 to make it 3D?
0
Tilting a specific section of non-uniform curve
1
Which modifier do I use to twist this object horizontally in this way (video)?