How to Generate surface from points [duplicate] 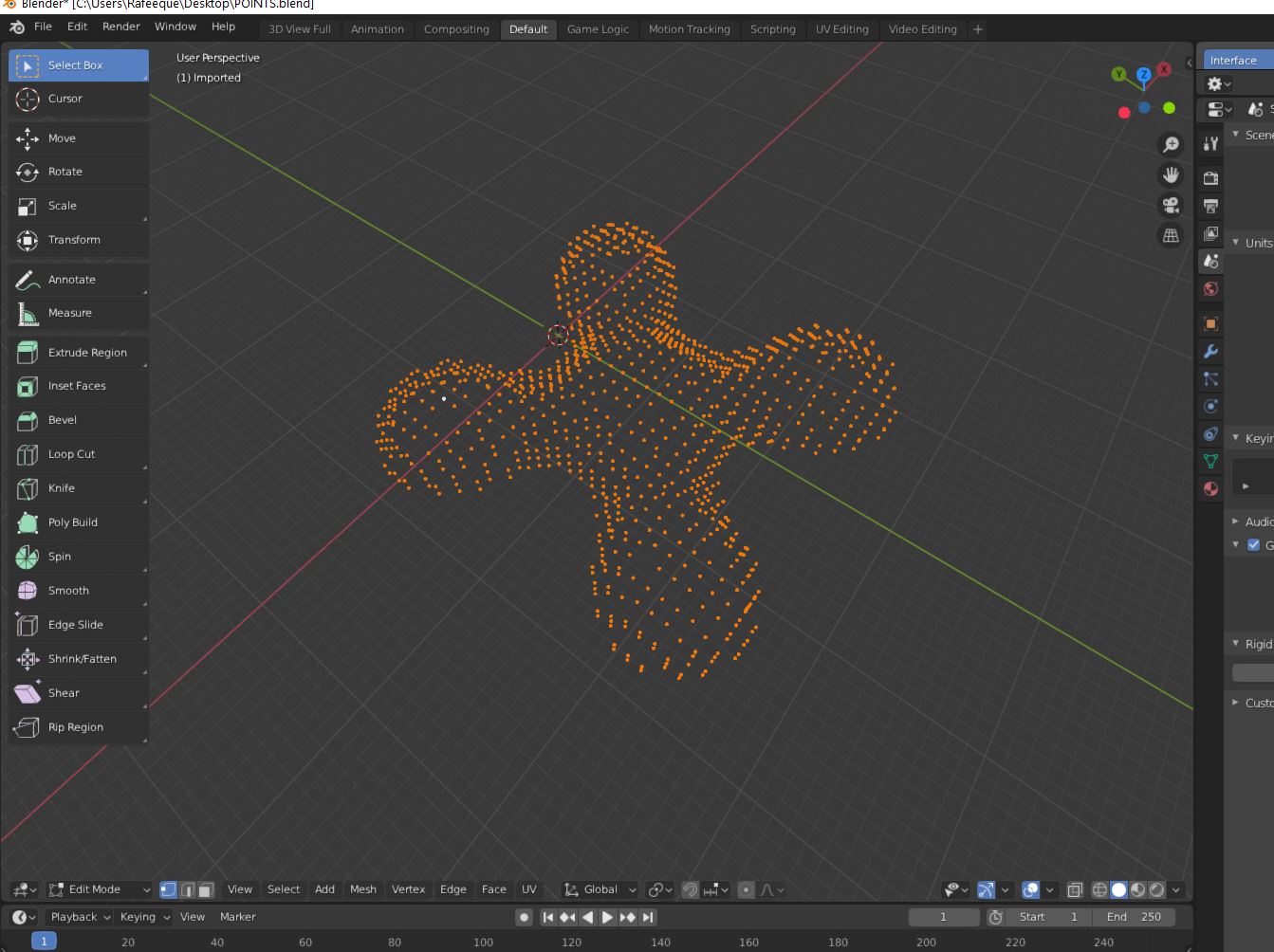 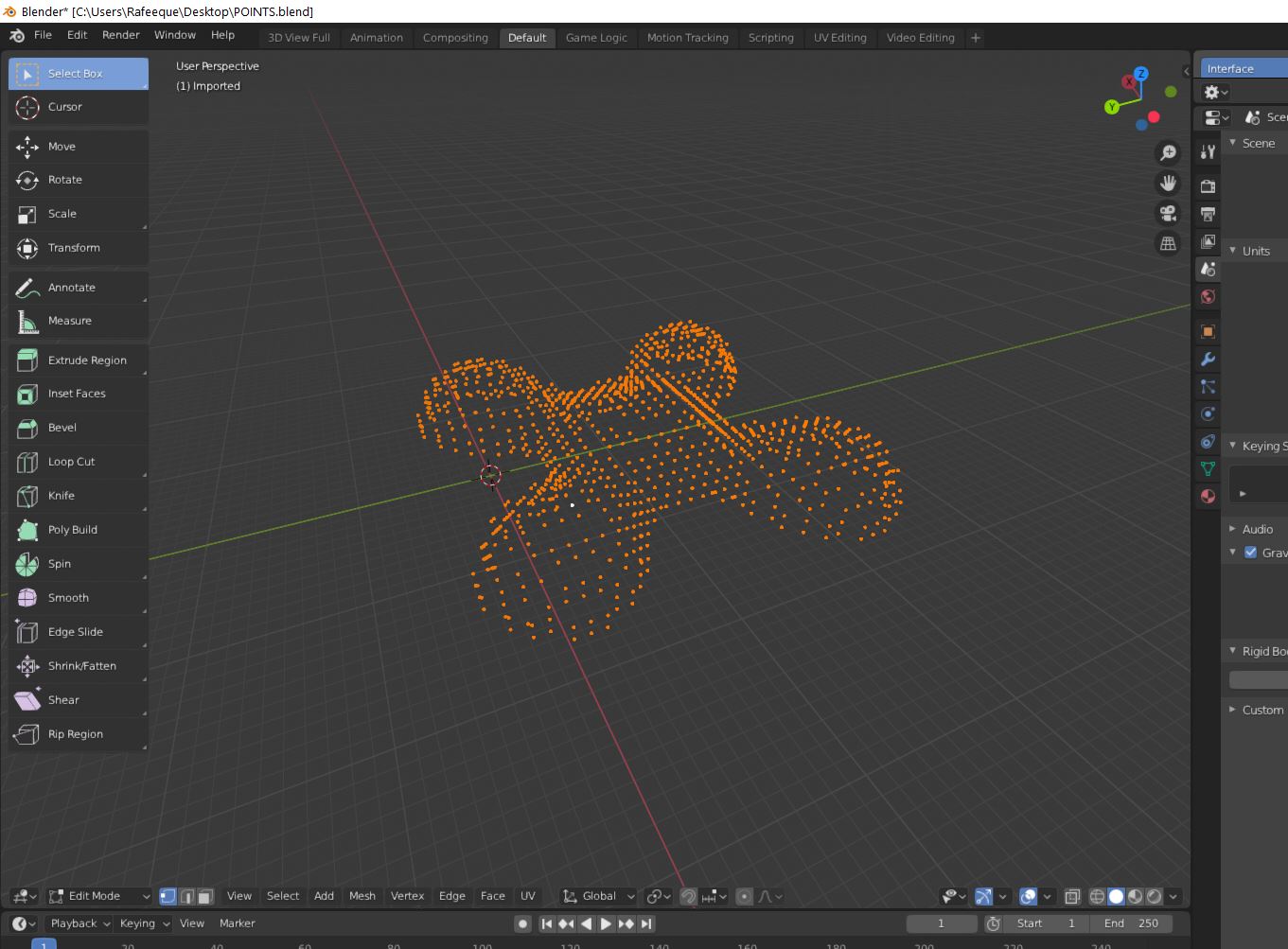 I have a set of points in 3D. How can I convert this into a surface ?

A vertice-only cluster is to be wrapped in a 'skin'. The cluster has no edges or faces, just a host of vertices on their own. 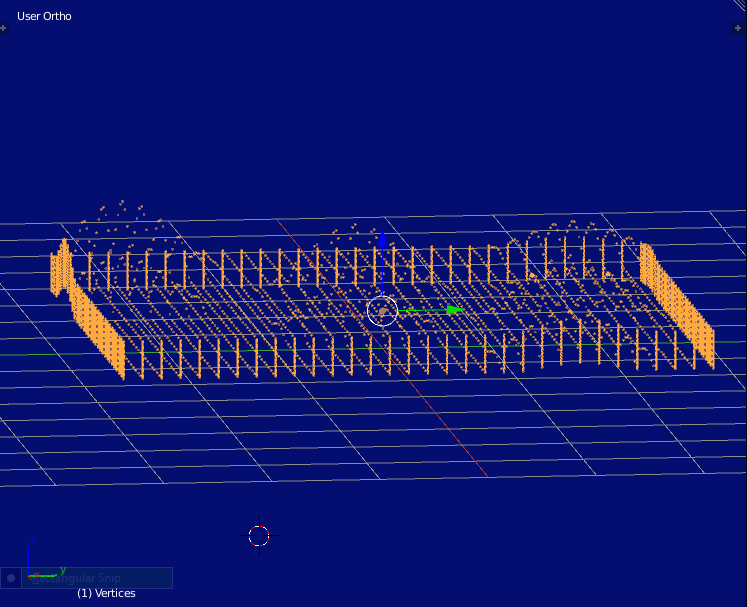 A plane was laid on top that was large enough to accomodate the vertice cluster in the X/Y axis' and raised to be comfortably above the highest peak in the cluster.

It was then subdivided with at least as many subdivision/vertices as the vertice cluster. I subdivided all four edges with the value of 100. If that's not enough subdivide all four edges by 2 (or more), then again by 100 to produce 200 x 200.

Both the subdivided plane and the vertice cluster have their respective 'scale' "Applied" with CTL-A.

The Shrinkwrap Modifier was used on the plane to in essence, lay a 'skin' over the cluster, citing the cluster as the target and choosing "Nearest Vertex" option. 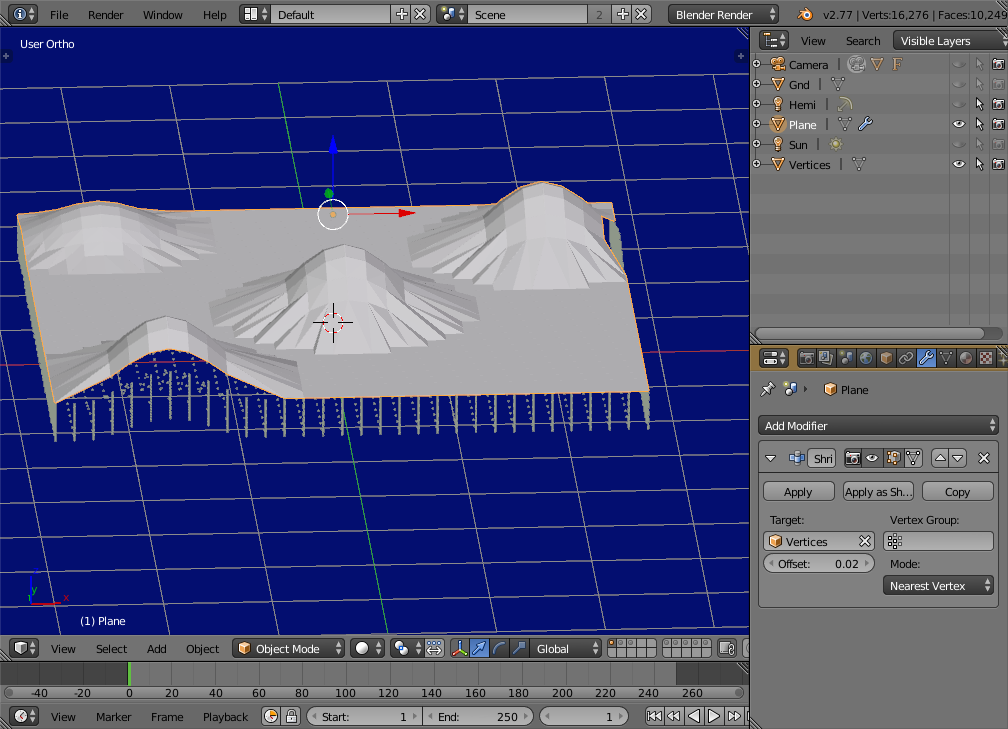 The settings can be tweaked to suit and once satisfied, the modifier can be 'Applied' to convert the generated skin into hard mesh.

This is then 'smoothed' in the tools panel which can still leave it a trifle 'blocky' so the "Smooth" modifier was also used, it's own settings tweaked to give the final result. That modifier was also 'Applied', leaving the shape in it's finally meshed form.

Not sure if this is exactly what you're seeking, but it should be a start at least. 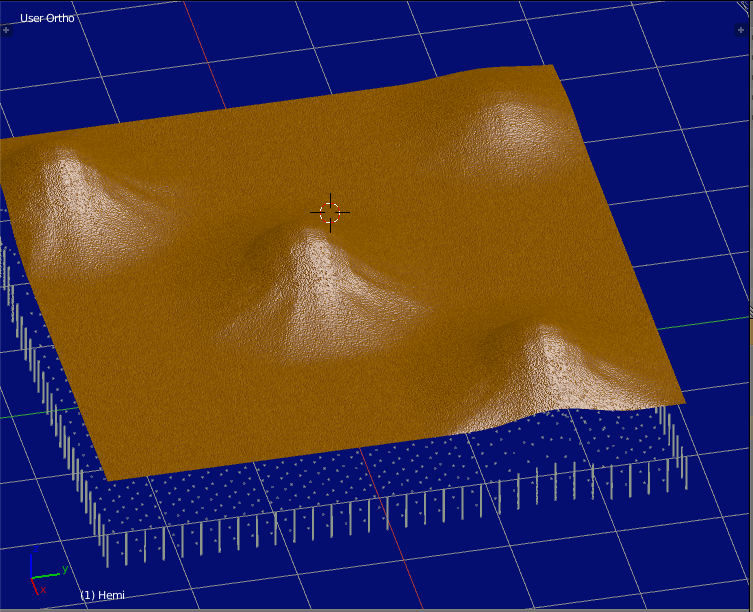 Not the answer you're looking for? Browse other questions tagged mesh vertices point-clouds or ask your own question.

9
Mesh generation from PointCloud?
1
Create a plane from contour lines
5
Wrapping a mesh around point cloud with cavities

3
Animating water surface from .csv temporal xyz data
3
creating n random points on face of mesh
1
Removing all points below an objects surface
1
Curve from a set of points
0
create a surface from 5 points
0
How to create mesh surface using csv datapoints?