I've asked at least a dozen questions on this same problem I've had, and pretty much managed to filter out every singe idea to solve it, now I'm 100% certain AN is the only option.

As I've already inquired about this issue, I'll paste parts of my older questions here to clarify what my issue is, so:

I'm using an instantiated collection(!) with 4 meshes in it as particles, each of them with shapekey animations. The problem is that all of them play at the same time. I'd like each particle to start it's own animation when it's emitted, and not based on the timeline.

Example: Let's say I modeled a piece of popcorn and have base shapekey as just the corn seed, and another shapekey as the actual popcorn itself. Now when I make a popcorn machine, I want each emitted popcorn to start as a seed when it's "emitted", and turn into an actual popcorn after however many frames it's born. With the default particle system, all popcorn would pop at the exact same time, meaning some would be emitted already popped, which makes no sense.

Now, I actually found the perfect video tutorial for this, it shows the solution to this exact problem, but it's for an older version of AN, and some particle related nodes have been removed, naturally. The nodes in particular that are needed that have been removed are the "get particles" node, the "particle list info" node, the "object list" node and the "float list" node. 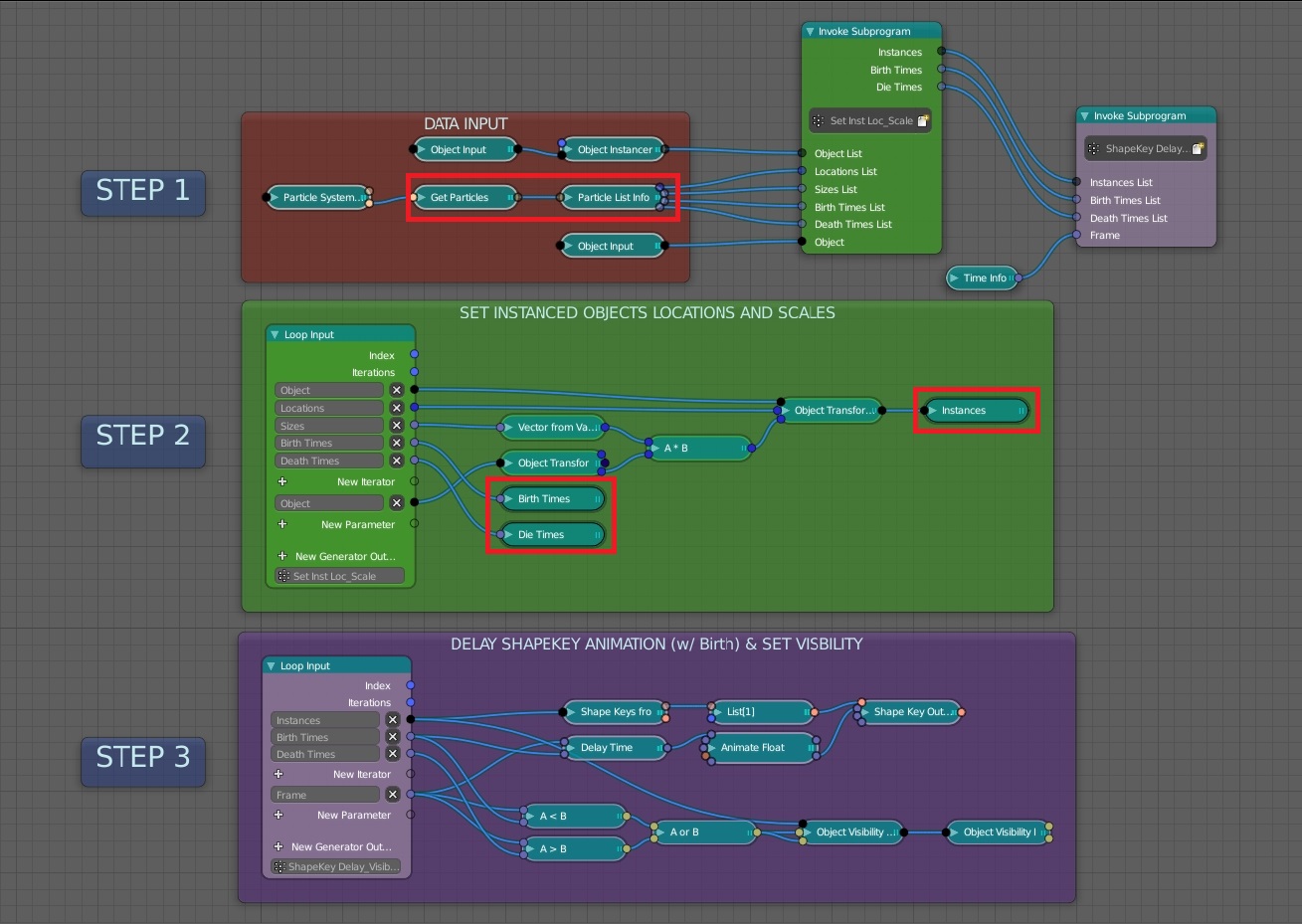 Now, what I actually need help with is to find a way to make this work for the latest version of AN, which is I think 2.1.6, in addition to make this also work with a collection of objects as the particle instance, because in the tutorial, only a single object is used. I'd like to know how to substitute those removed nodes, or, if you're really proficient with AN, maybe you can figure out a better way to do this, as I must say, this node tree is pretty nuts, and I really don't know how to use AN at all tbh. Either way, I'd be very grateful for help!

It has basically three steps:

1) Transform of the objects at the particle location.

2) Delay the shape key of individual objects based on the birth time i.e., shape key animation starts when the particle is born.

3) Then making objects visible only when they are alive.

Here is the complete note-tree: 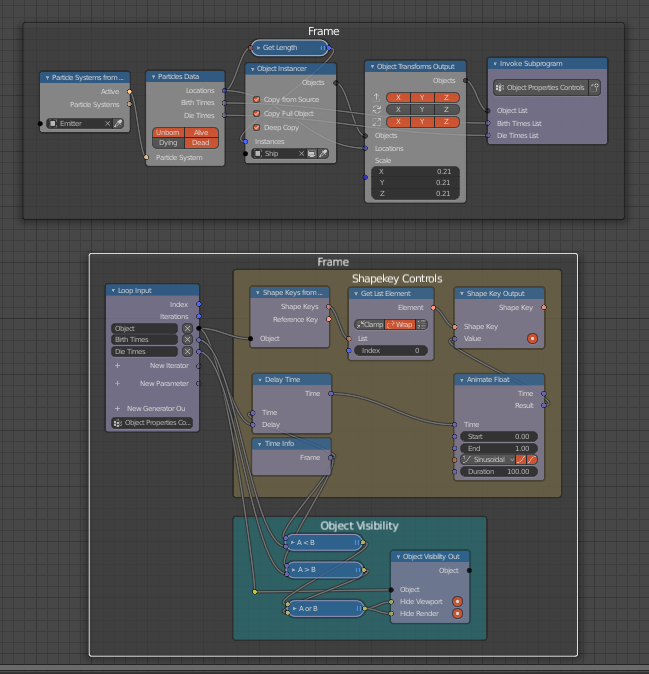 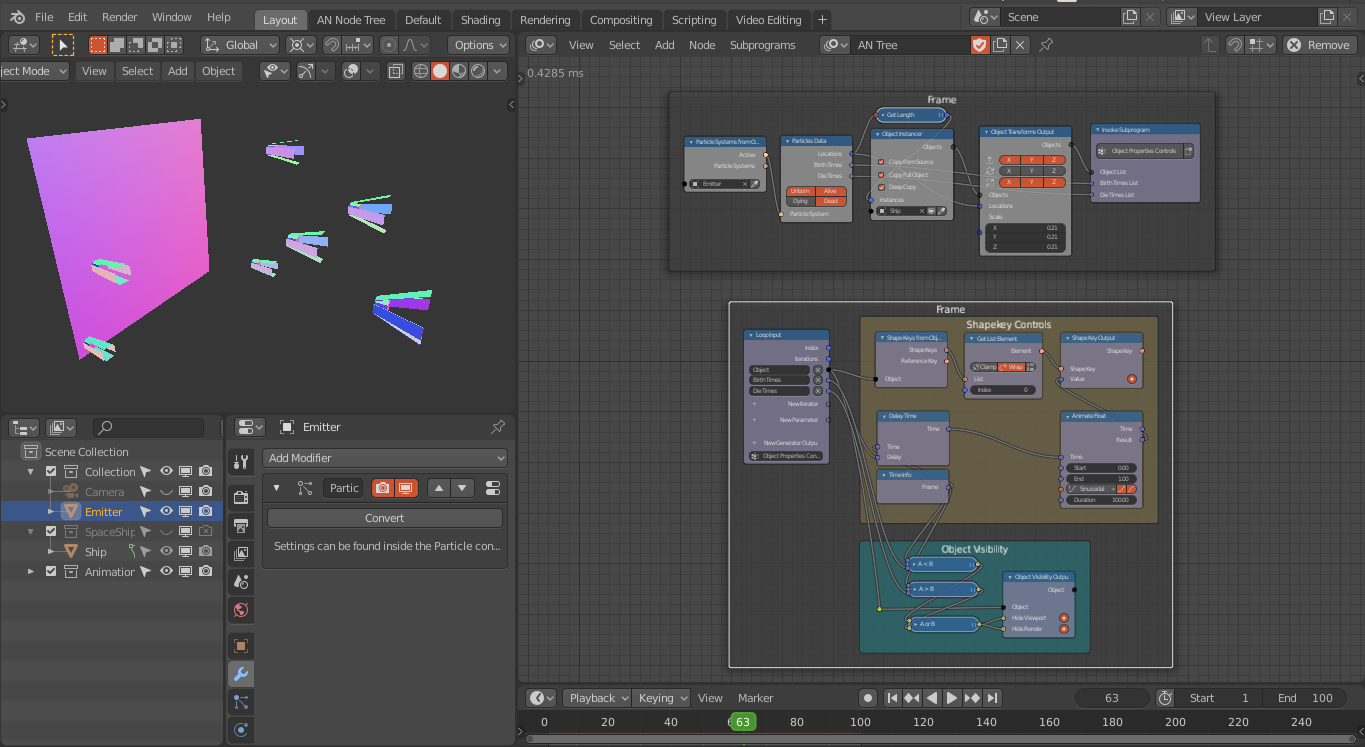 1) Here I have made a Group-Node which gives the instance amount per objects (say multiple ships) by keeping the total is equal to the total number of particles. We will use these amounts in the instancer node to generates the instances of the individual objects (or ships). 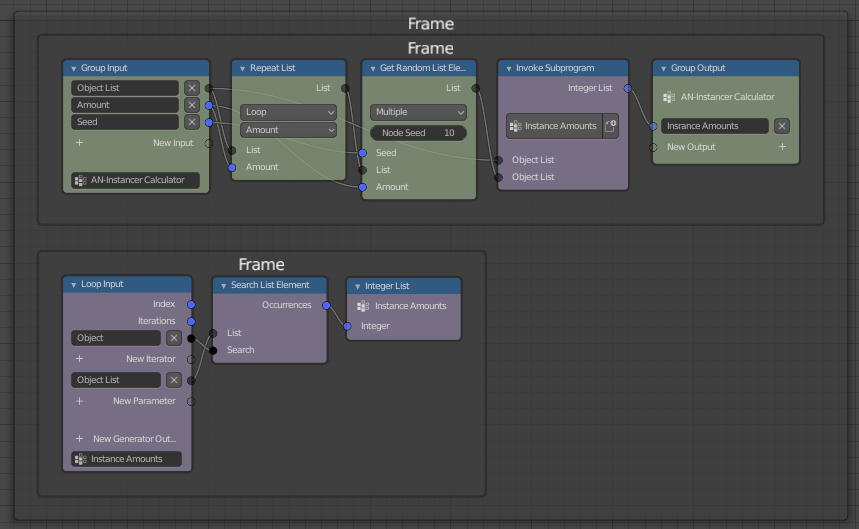 2) Here is the setup to instance individual objects (or ships), 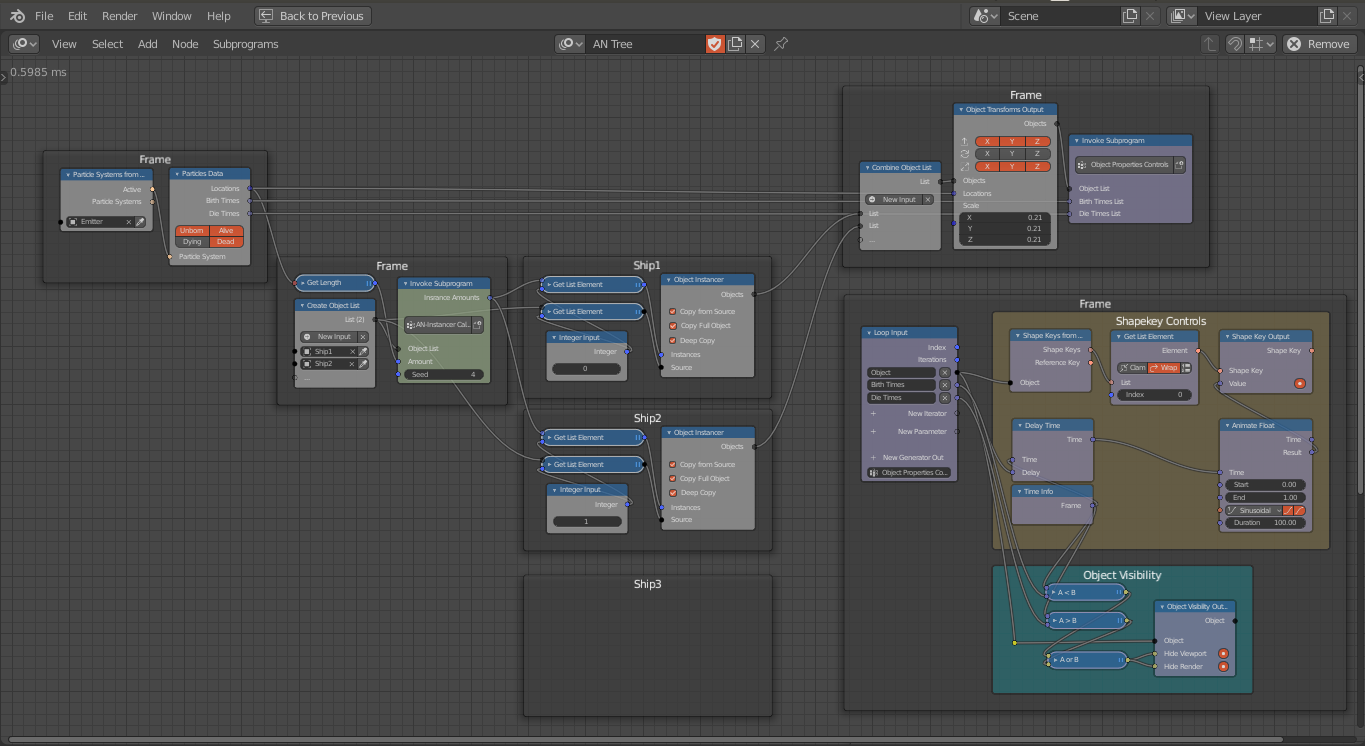 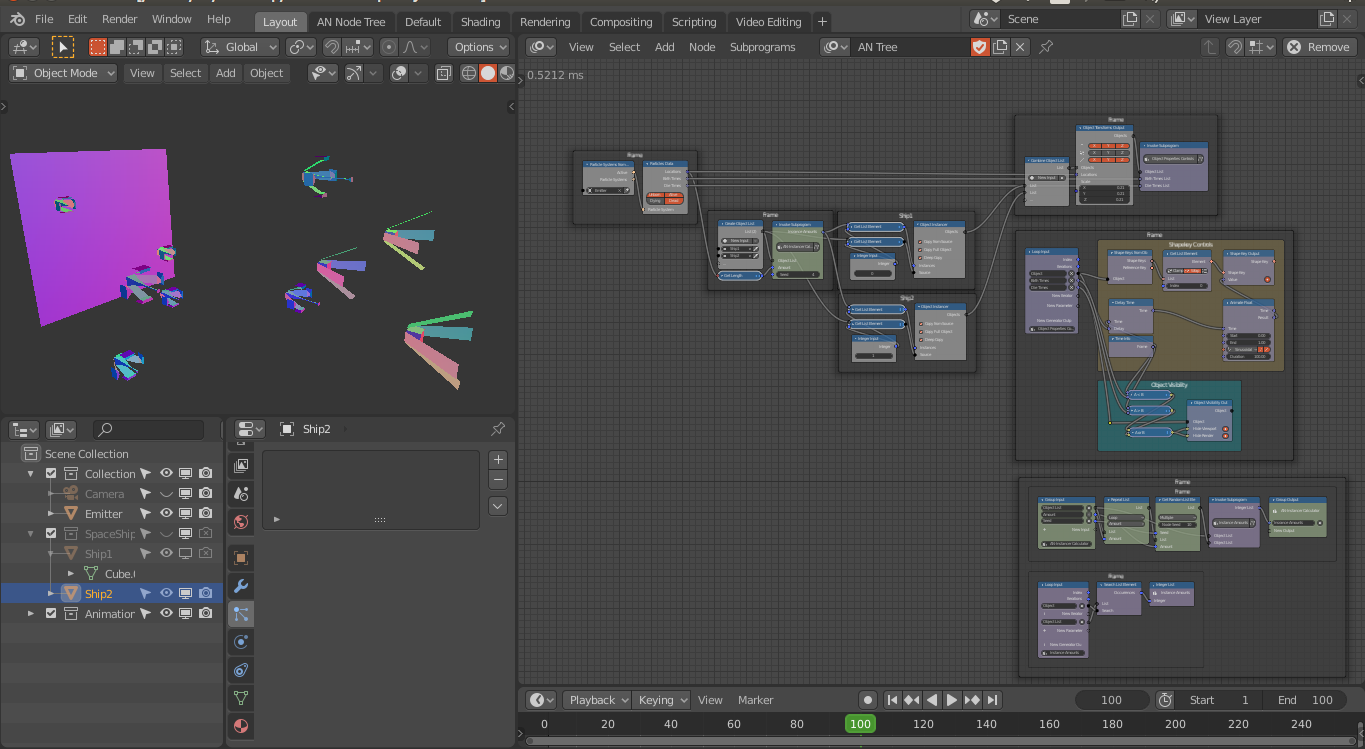 For this, you need to install Animation Nodes + Extra Nodes which has the Material Instancer Node and Material Attribute Output node, 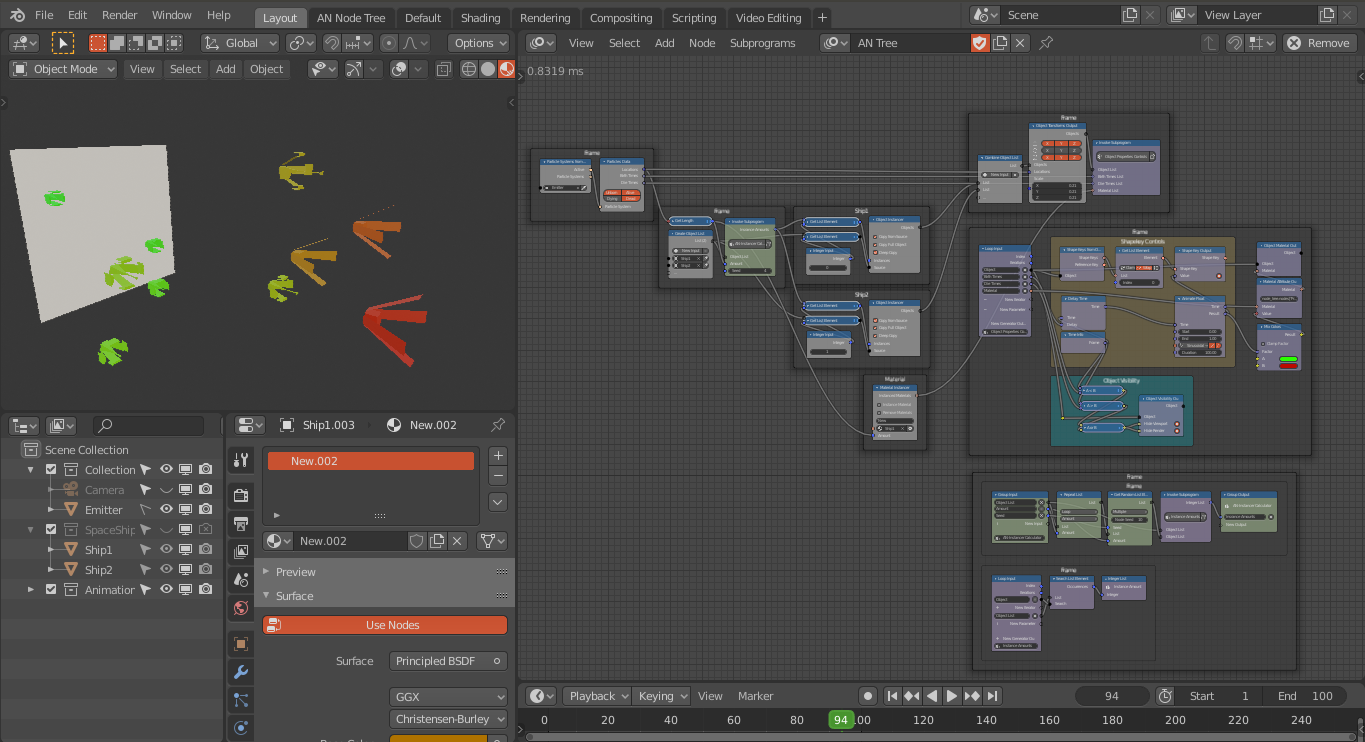 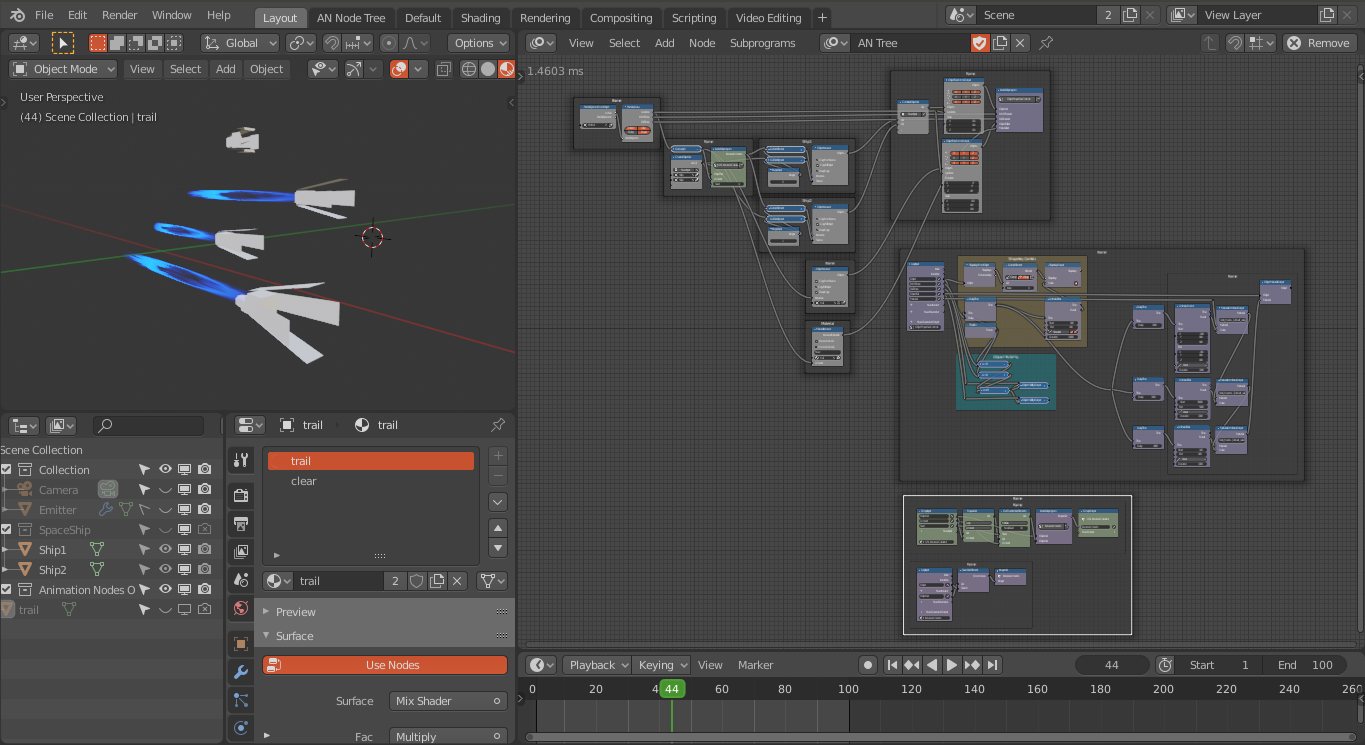 3
How to apply driver based on geometry-node-generated coordinates
3
How to make shape-keyed particles behave independently?