Is it possible to use curve modifier without stretching these holes? 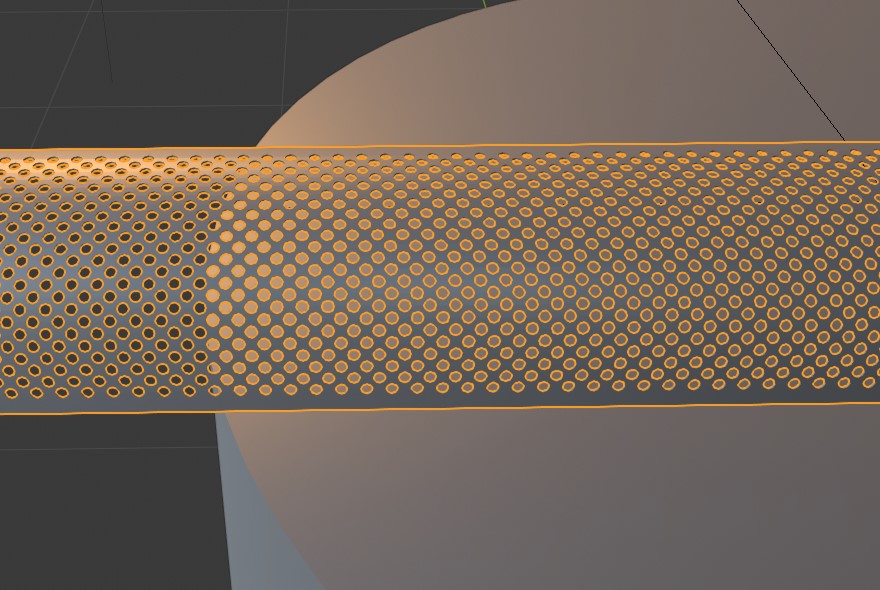 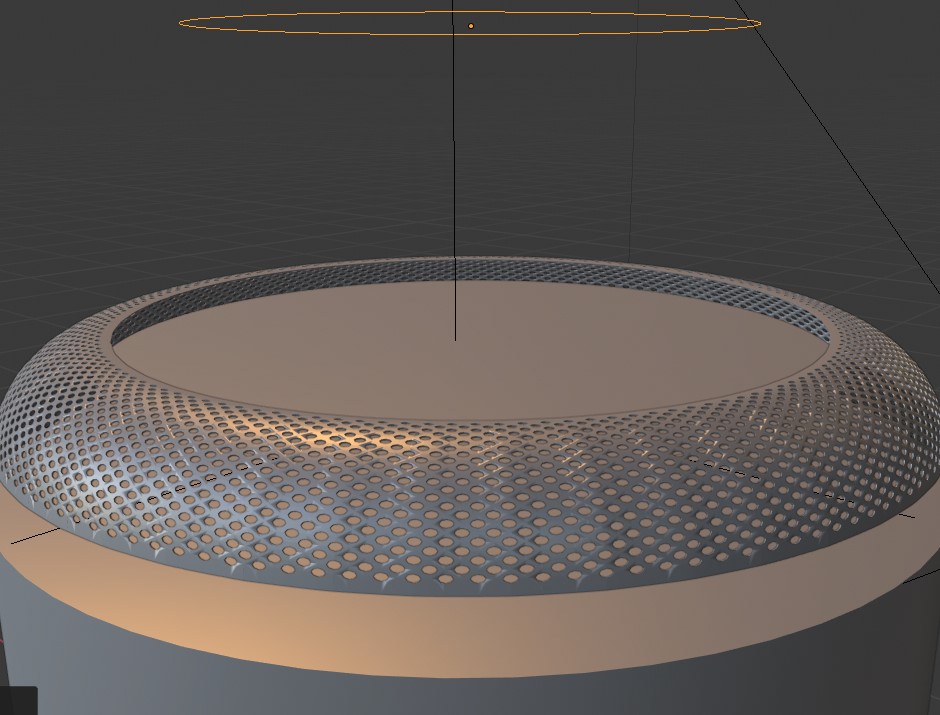 As you can see in the second picture the holes are stretched. Is there a workaround to this?

You can replace the curve modifier by a simple deform modifier.

The point of interest is to augment the second array count until the holes stretching disappear.

Thanks to the deform modifier this is much more easy to tune than the curve modifier.

You can see above: 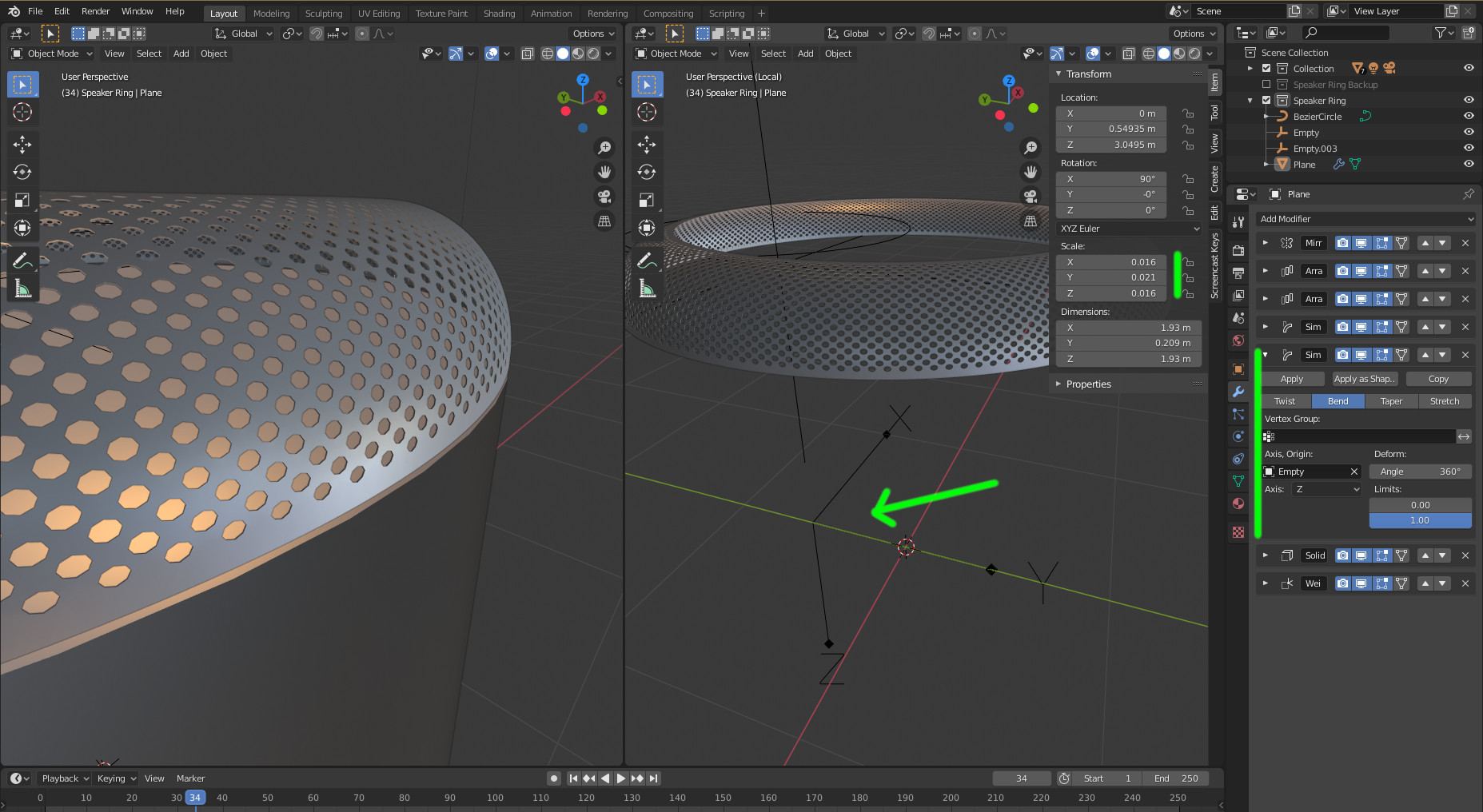 1
How to prevent holes that makes the displacement modifier?
6
Problems with Curve Modifier
4
Torus object stretched in array curve modifier
7
How to make these holes the same size?
0
Clean topology with holes in a mesh with bevel modifier?