What is the cleanest way of creating mesh between the edges of two different objects, as shown? The closest tool I can think of is the Bridge Edge Loops tool but I am not trying to connect the whole edge loop, just the edges selected. I tried extruding one side and merging vertices but this did not work. 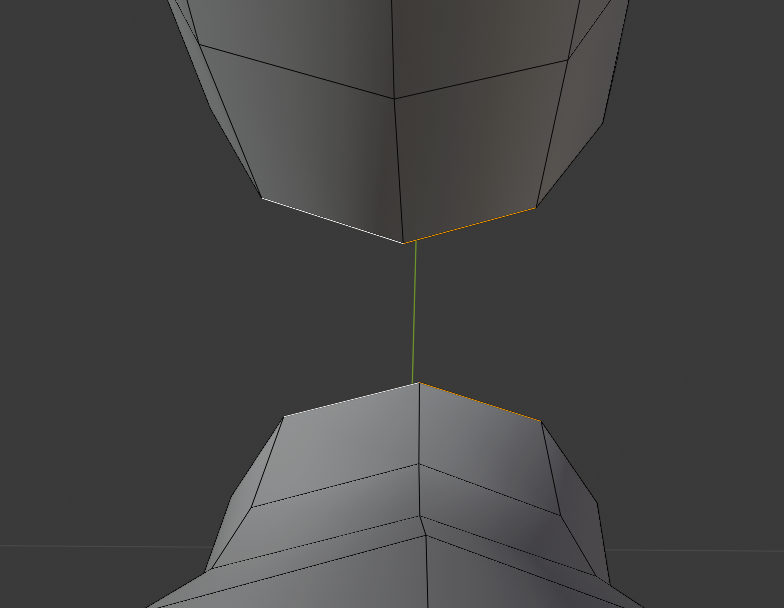 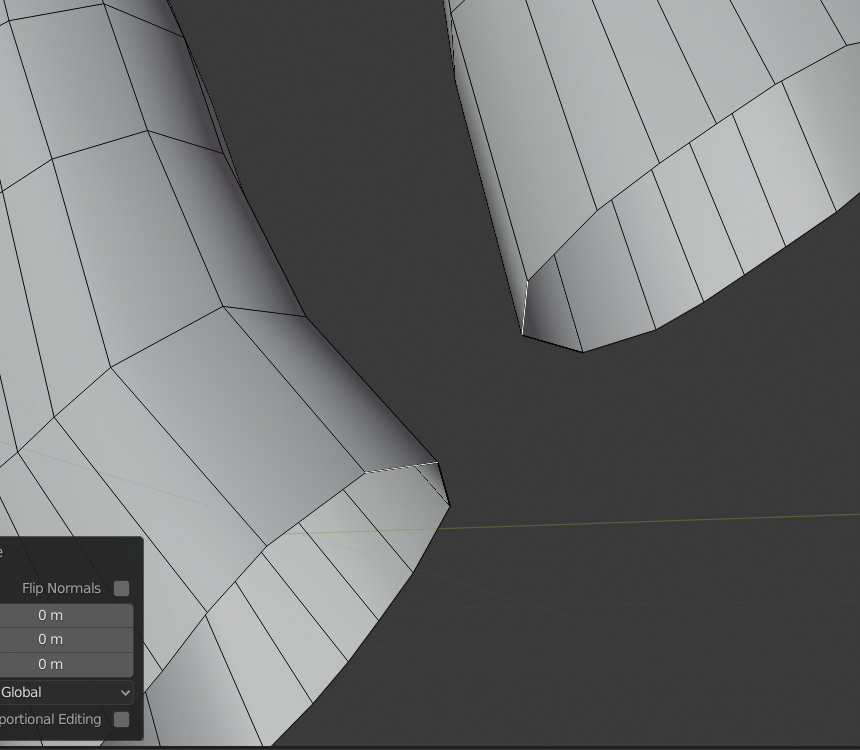 You say .. 'mesh between the edges of two different objects'...

Since 2.8, it's possible to put 2 objects into Edit Mode simultaneously, which is very useful for snapping, common deformation, etc. But they are still 2 objects - their meshes are separate.

Your problem is not that you're trying to connect partial loops: 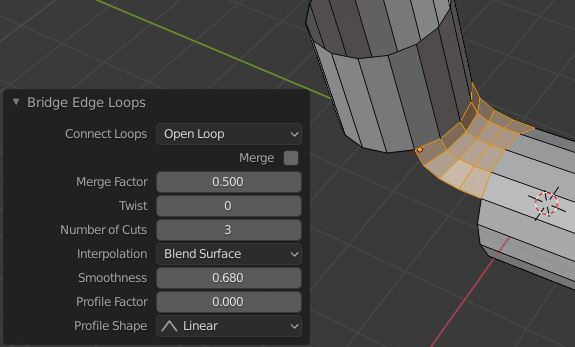 .. but that you're trying to merge meshes which belong to separate objects.

CtrlJ join the objects, or ShiftD duplicate parts of their meshes, P temporarily separate them off into their own objects, and join those, to make the bridge within one mesh.

Not the answer you're looking for? Browse other questions tagged mesh vertices edges or ask your own question.

6
How to merge two unconnected edges into a single one
1
How to bridge edges without creating a twist?
2
How can edge loops move independently and stay connected?
1
How to move an edge loop along the normals of each edge?
0
Issue with bridge between two edge loops
0
Missing Edges in mesh