i am new to blender coming from maya.

Is there a way i can orient the transformation along an edge, so i can scale them down to a flat surface and keep it parallel to the other surface. like in maya with the insert key you can align it along an edge or surface. 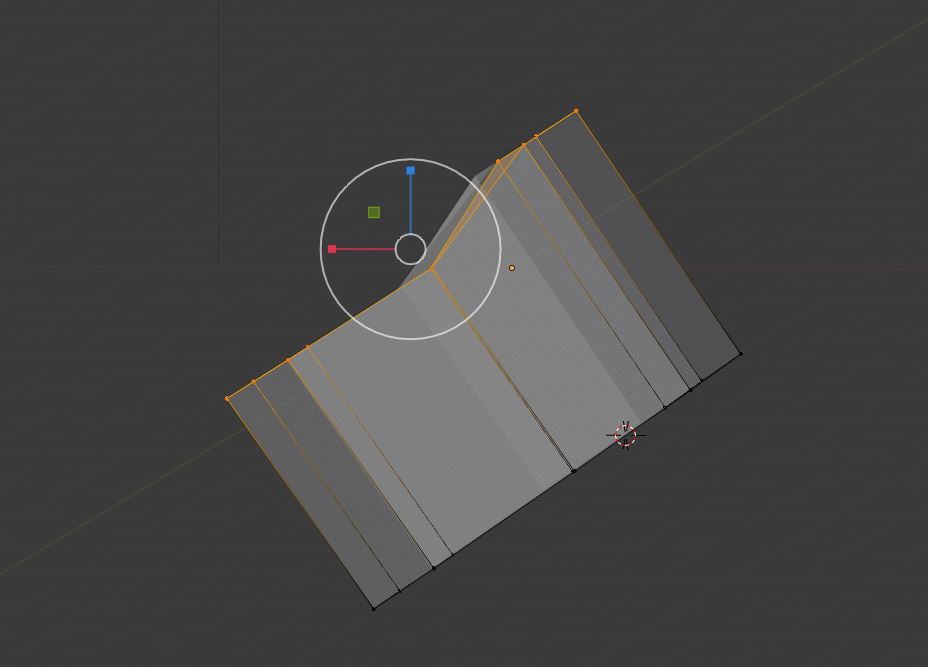 This is what Custom Orientations are for.

If you create an orientation from an edge, or 2 vertices, then the Y of the new space runs along the edge. (I believe the Z is in the mean direction of the vertex-normals, and X is at right-angles to Y and Z)

If you create an orientation from a face or 3 vertices, then Z is the normal of the defined plane, (I think X and Y are the tangent and cotangent, and it's not easy to know which edges determine those, as a user)

So for example, to flatten to a plane normal to an edge and at one end of it, it could be:

In your case, you could also create an orientation from the opposite face, (the one you want to align to), and with the same selection of vertices, SZ0

Not the answer you're looking for? Browse other questions tagged transform-orientation or ask your own question.