Fading out particle system from one side

I am trying to animate a part of a forest being cleared and being replaced by a building. I was wondering how I would animate the tree particles in the area fading out in transparency from the top of the image to the bottom, with the bottom trees fading out last. The area around the clearing is a river. I have created a separate particle system with only the trees that I want to disappear. This particle system is hidden in the picture. I was looking into using the distance from an empty on the top side with no success yet. Thank you. 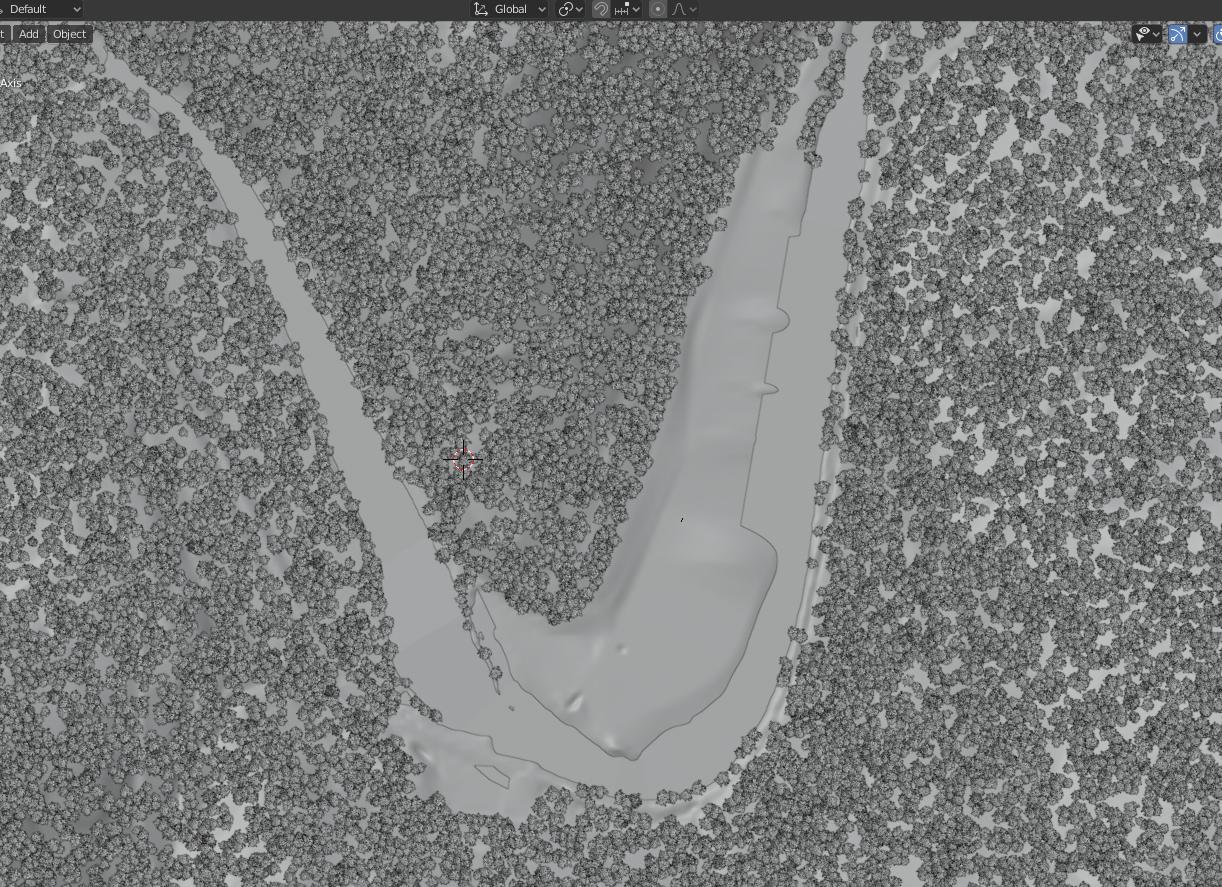 I apologize if I did not explain the problem thoroughly. I found a rather simple way to achieve the effect. I first made a gradient and mapped it to a plane. 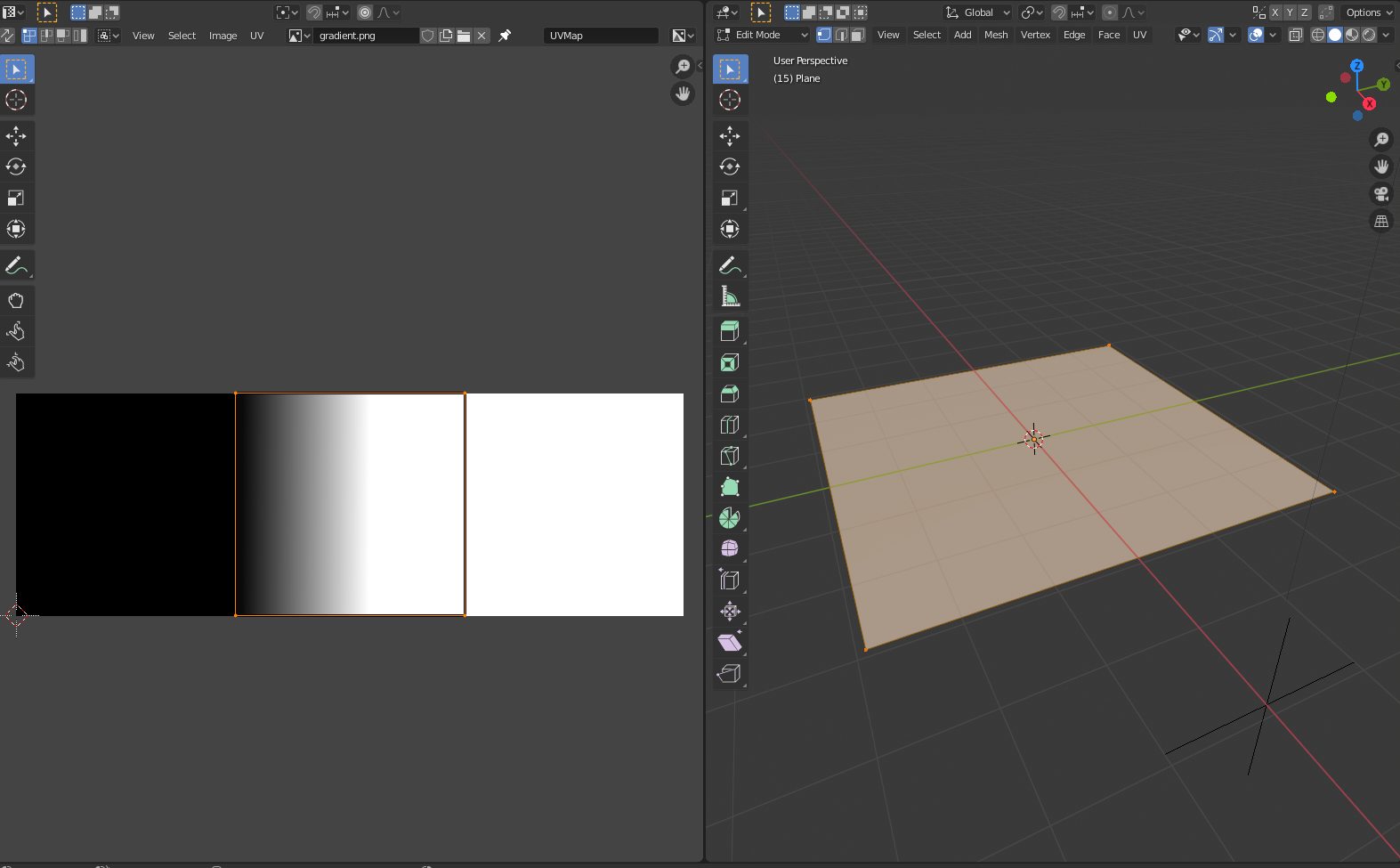 By setting the particles to use the uv map of the plane and checking "From Instancer", I used the gradient to determine the factor used for transparency. 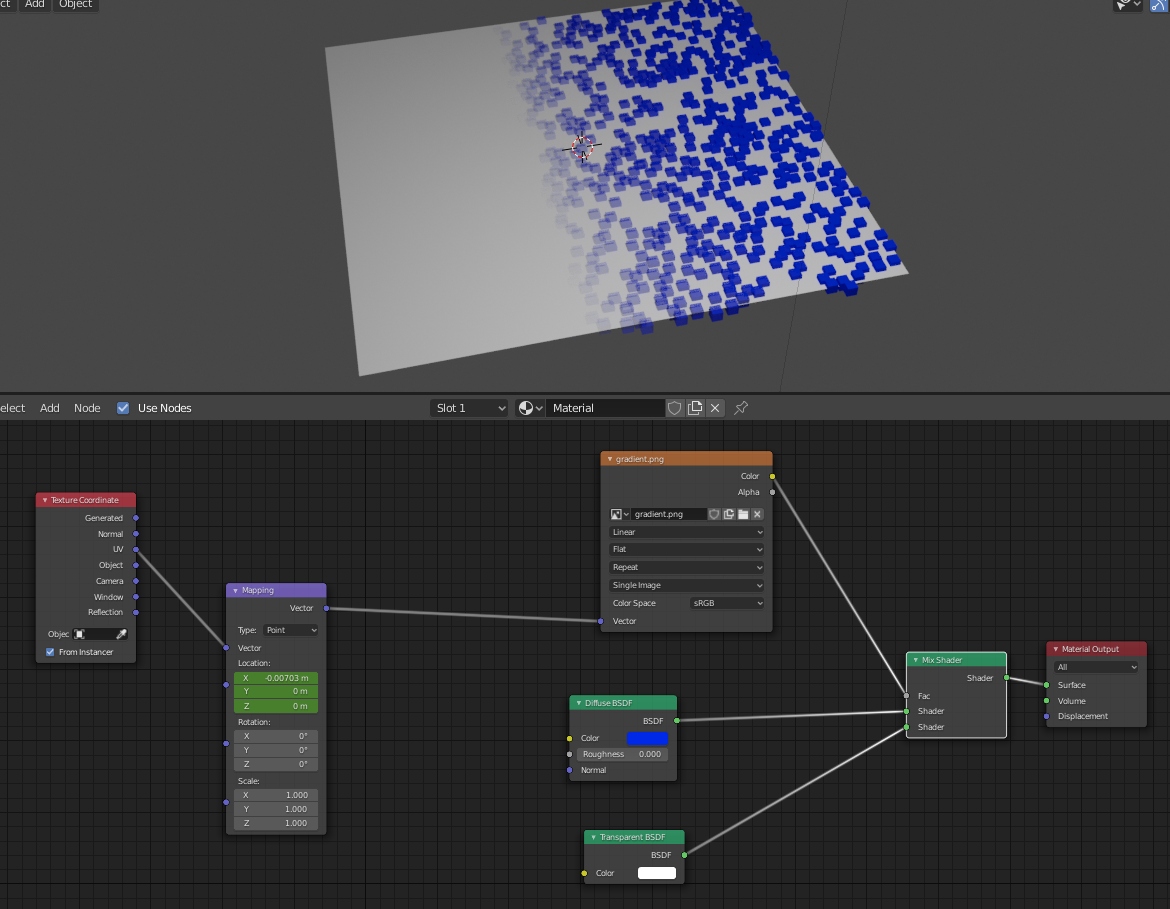 By animating the location of the gradient I achieved this sweeping effect. 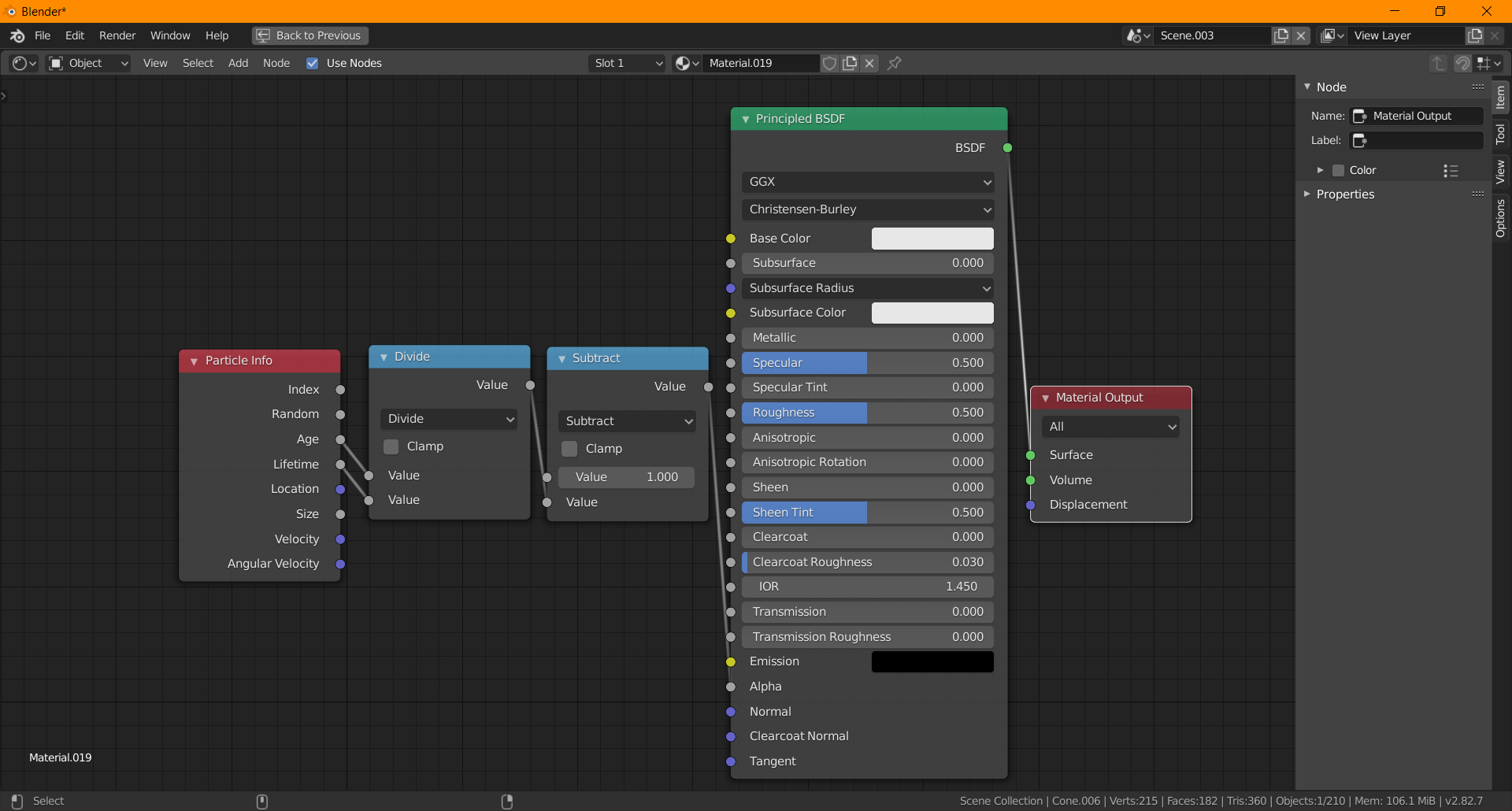 Particles have a lifetime and a current age. The math nodes use this info to change a number for each particle from 1 to 0 which is used to change the transparency.

Of course the math nodes can be changed to suit your particular needs. Gain and Bias. Offset and Scale.

I am not sure if you need one or two of the candidate answers. 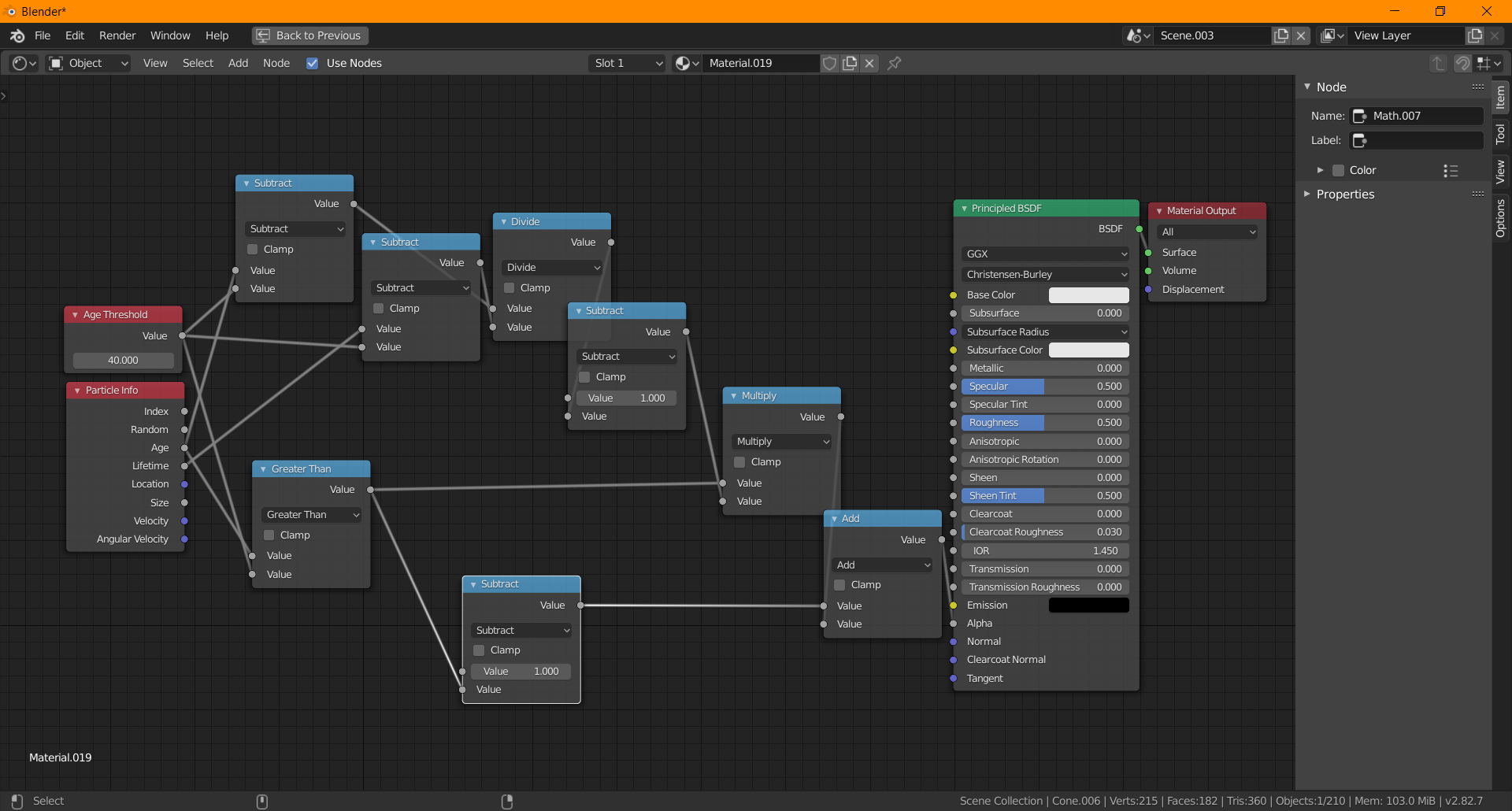 The idea behind these shaders is to delay fading until a certain age of particles are reached. Offset. Untested set of nodes. Image above.

Animations from a carefully produced gradient image using techniques described below. Note the frame numbers to explain the fast progression. 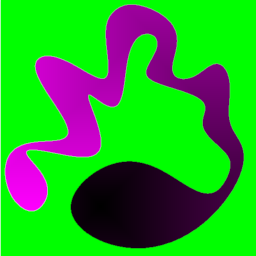 Animation of a swirl blob with some unfortunate consequences of a bowl cut aesthetics. Some problems are difficult to see and perhaps later we can pinpoint the culprit. All animations are a single particles system driven by a texture. 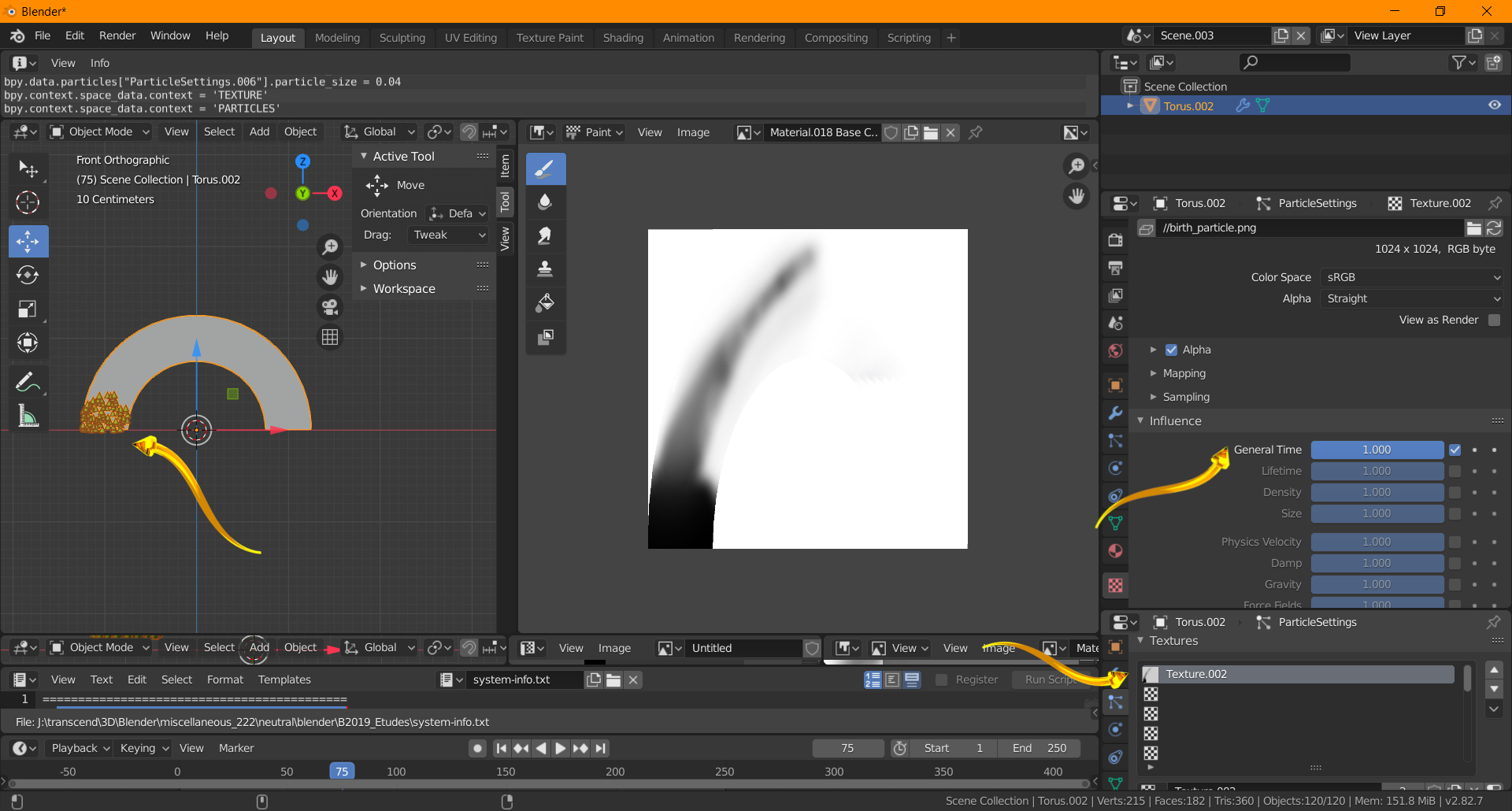 Mesh on left which has a UV Map. Particles start emitting in the darkest region first of the texture first. Note the frame number. The yellow arrow arrow on the upper right indicates to use the image as general time / emission time. The yellow arrow on the lower right shows a texture associated with the particle system. Image above. Click to see larger image. You can take more time with your image.

Please know you may need two textures. One for restricting placement and another idicating emission time. Like a boolean [and]. 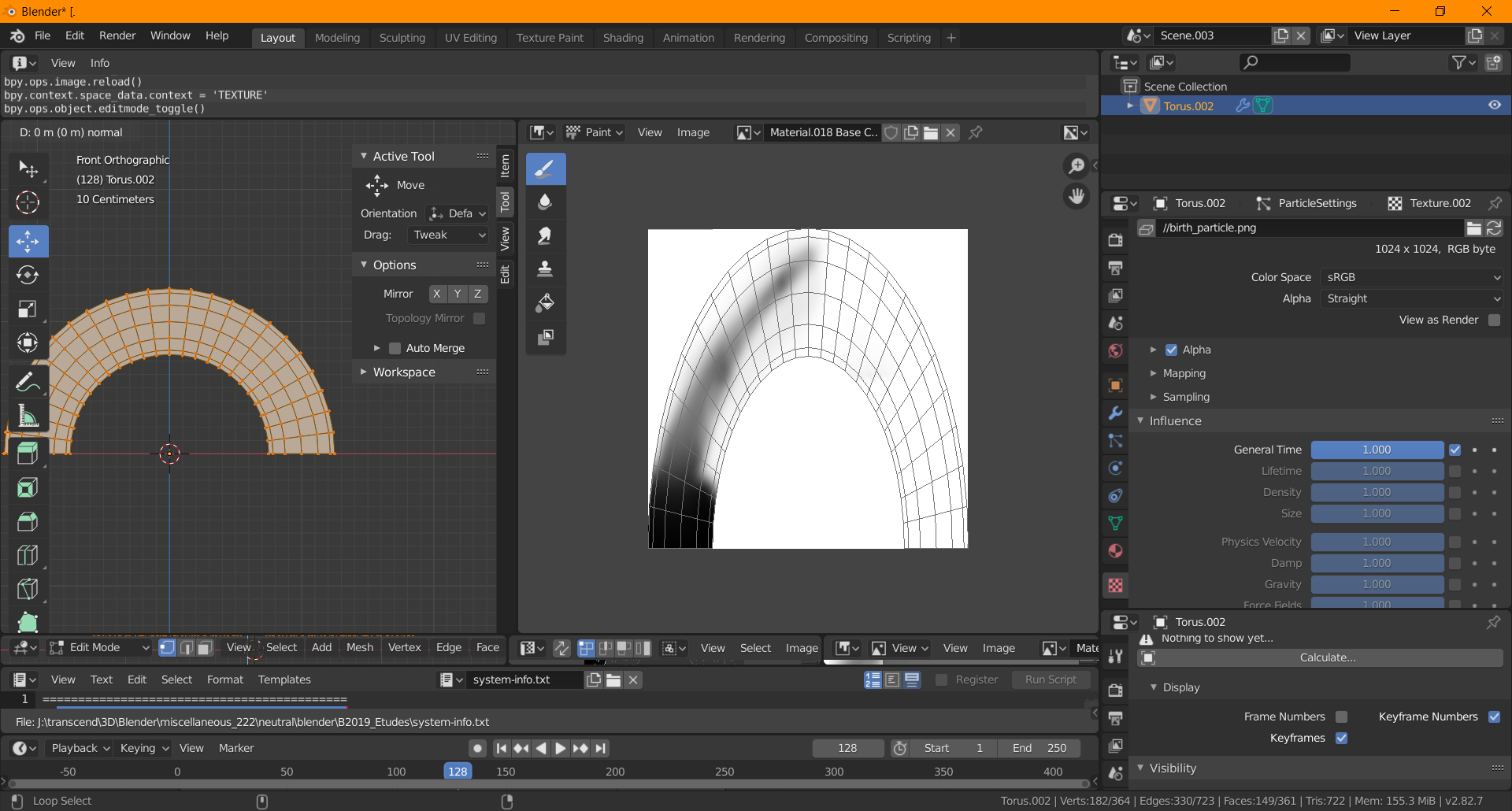 Showing the UV Map. Image above.

The particle emission pattern as expected from the texture. Note the frame number. Image above.

Textures can control the birth time/emission time of particles. So the particles can appear in a particular spatial arrangement, flowing across a mesh. Texture information can be attached in the Particle settings. Next more info is specified in the texture panel for the object.

You may also change materials alpha with keyframes for your rendering if that suits you. So both spatial arrangement and color can change or alpha transparency can change.

Image sequences can also be played in reverse in the Blender Video Sequence Editor .. VSE.

Please show a texture or multiple textures with a gradient from black to gray to white in the areas of interest. Black areas would produce particles first followed by gray and white areas would be last. Brightness based, You can use your preferred image editor. Blender or GIMP perhaps. 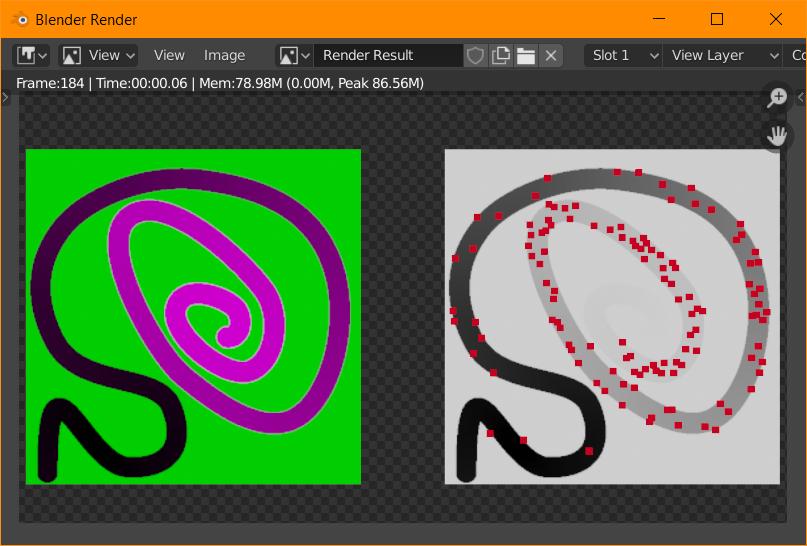 A more carefully created gradient texture. The green is intended to indicate background. The particles follow the pattern from corner to center, in a video render.