How do I keep Hair particles from going through separate mesh? (eye's to be exact)

I've been trying to build a character covered in hair(think Sully from monsters inc.) and i want to add eyes to the character, but the hair particles are coming through the eyes. I've tried making the eyes Collisions and reordered the modifiers to see if any of them would work. I've also tried force field and that doesn't seem to work either. I've tried multiple articles on here on keeping hair from going through mesh of the head (which I'd assumed would still give me the answer) but none of them work. Can anyone help me? I a noob and figuring it out as I go. Any help would be appreciated! 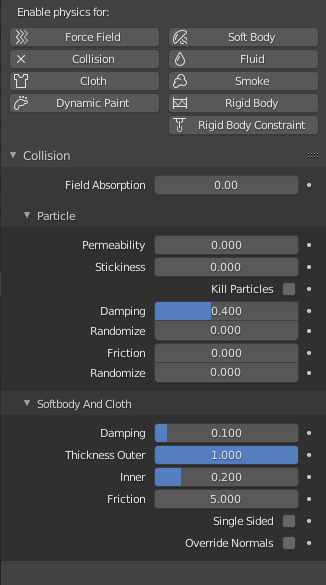 Do I have to do anything to the mesh that has the hair's settings?

Browse other questions tagged particles hair collision or ask your own question.

4
How do I stop hair particles going through the body and the head?

1
Stop hair from falling through emitter mesh
4
How do I stop hair particles going through the body and the head?
7
How can I prevent boid particles from intersecting?
0
Forcefield as collider with dynamic hair
0
Is there a way to create a collision between the hair and body in my character in Blender 2.8?
1
Trim hair/fur outside of clothes