Emitted Image not Showing up on Camera

I'm currently working on a scene with a projected image on one of the walls. I've gotten to the point where the imaged is being emitted, but when I check what it looks liked rendered or through the camera it doesn't show up.

Not sure what it is as I already checked to see if it was the lights in the scene that was effecting it and its not. It could be that I'm emitting the image wrong as I was following an older tutorial. Here's an image of the node editor:

Also it's in the eevee engine but it's the same for cycles. Any suggestions or advice would be helpful. 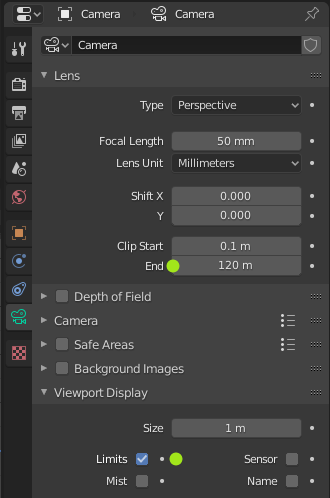 Your Camera is clipped in view. You can see Start-End clipping by enabling Camera Properties > Viewport Display > Limits

Not the answer you're looking for? Browse other questions tagged rendering texturing image emission or ask your own question.