I am currently using array and curve modifiers to array a vertex along a curve and then instancing an object to that vertex in order to avoid the object getting warped or rotated while following the curve. For an example see image:

The current project has over 30 edges that require the object to be arrayed along them and I'd while I could simply duplicate both the object and vertex and repeat the process for each curve, I'd prefer to avoid having 30+ identical vertices and objects as well as having to link all the objects so that it would update all of them when I update the mesh of the object. I'm hoping there's a way to either array the vertex along multiple curves or instance the object over multiple vertices so while I'd have a vertex for each curve It would still leave me with a single master object that I can edit and have the rest auto-update.

I've figured out how to do most of the things I was trying to do, the only thing I'd like to figure out is if there's a way to permanently link modifier data so that if I remove the subsurface modifier on the master pillar it removes it on all of them. other than that I've figured out a way to have pillars array along multiple curves but maintain a separate object that I can edit so that it applies to all of them.

For anyone interested or confused about what I was doing, I have attached a blend file.

Finally, I want to thank @atomicbezierslinger for their patient help despite my lack of understanding on account of only having been learning how to use Blender for about a month.

Instead of parenting your pillar with linked data, you just need to parent a "Collection instance".

First, create a new collection with your master pillar.

Now every time you modify the "master" pillar, every other one will get modified exactly the same. Example with a displace modifier :

Moreover, if you add objects in the "Master" collection, they will also get duplicated, along with any of their respective modifiers : 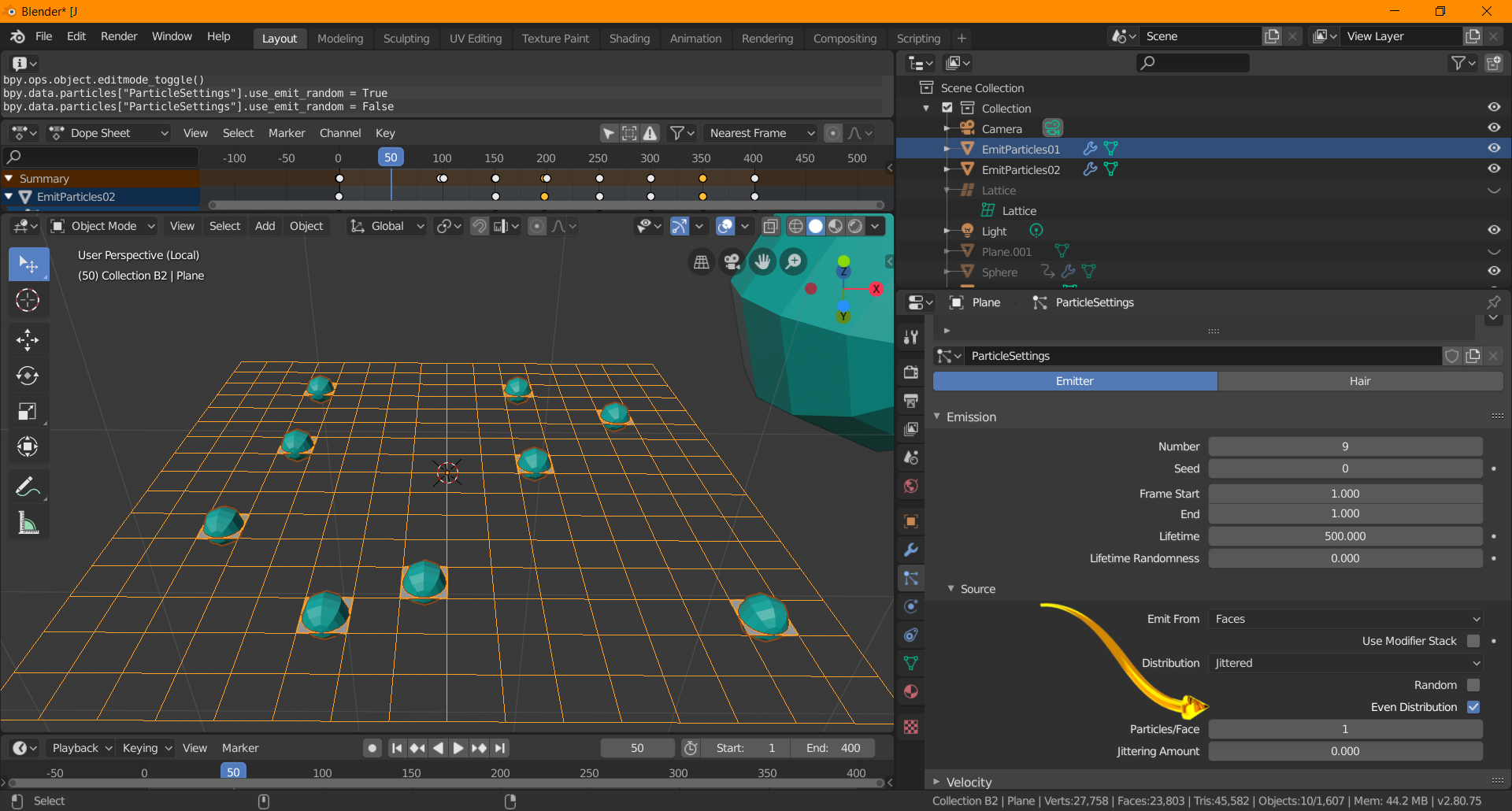 Particle System above. Objects are emitted from faces. All the particles can be changed with a single GUI entry. Non faces are ignored. Carefully duplicate the settings. The number setting should be suited to your case. [Particles/Face] <-- 1 and [Random] <-- False. Particles can conveniently represent a sequence of items.

Suit to your needs. You can arrange the faces with no connection to other faces. My presentation was done with speed in mind. 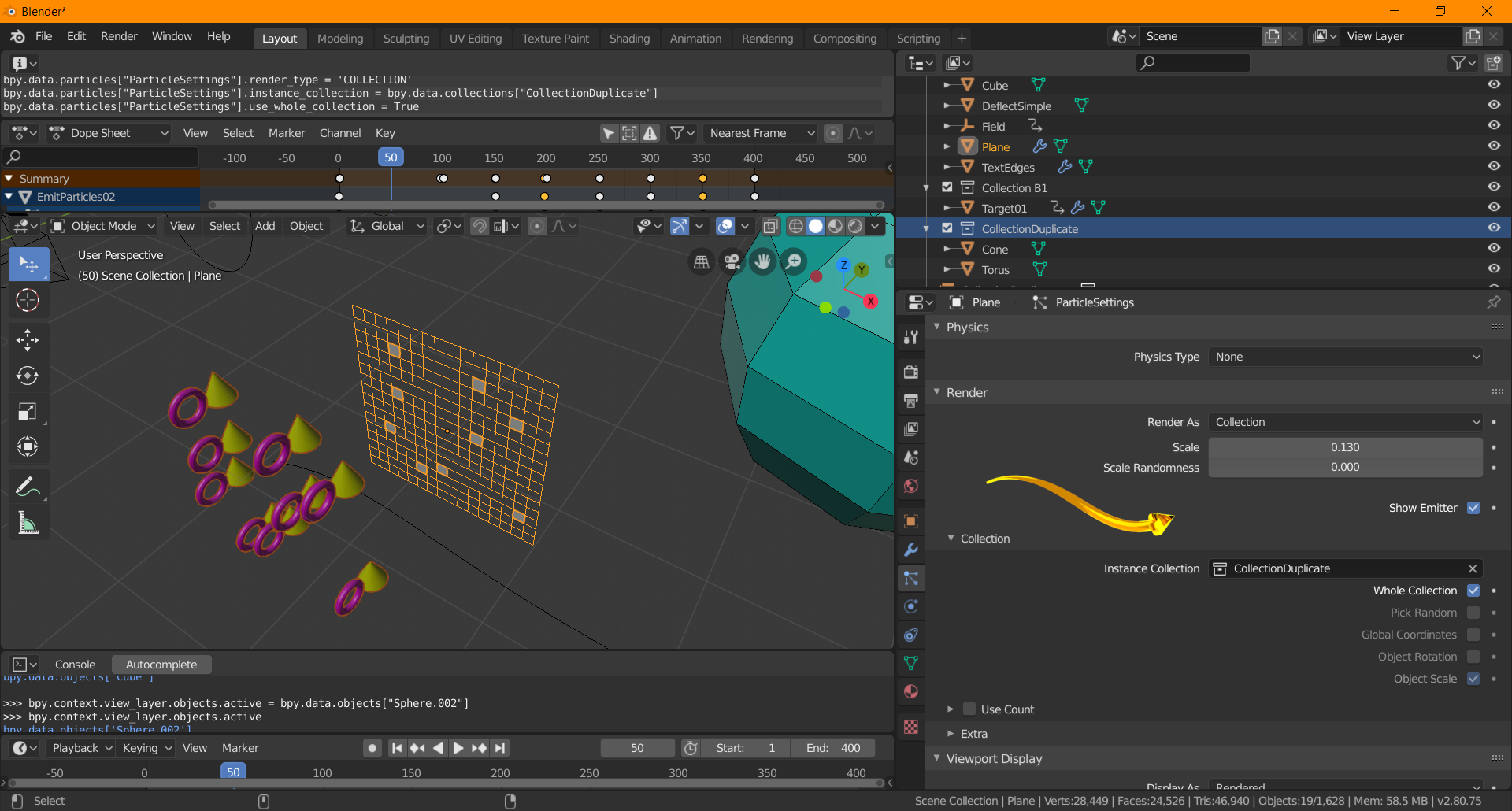 Particles use collections. The arrow in the image above.

Particles can efficiently reuse/instance mesh data. I would change your representation to a mesh with Particles.

Both techniques can be searched here at BSE or the website that rhymes with NooNube. 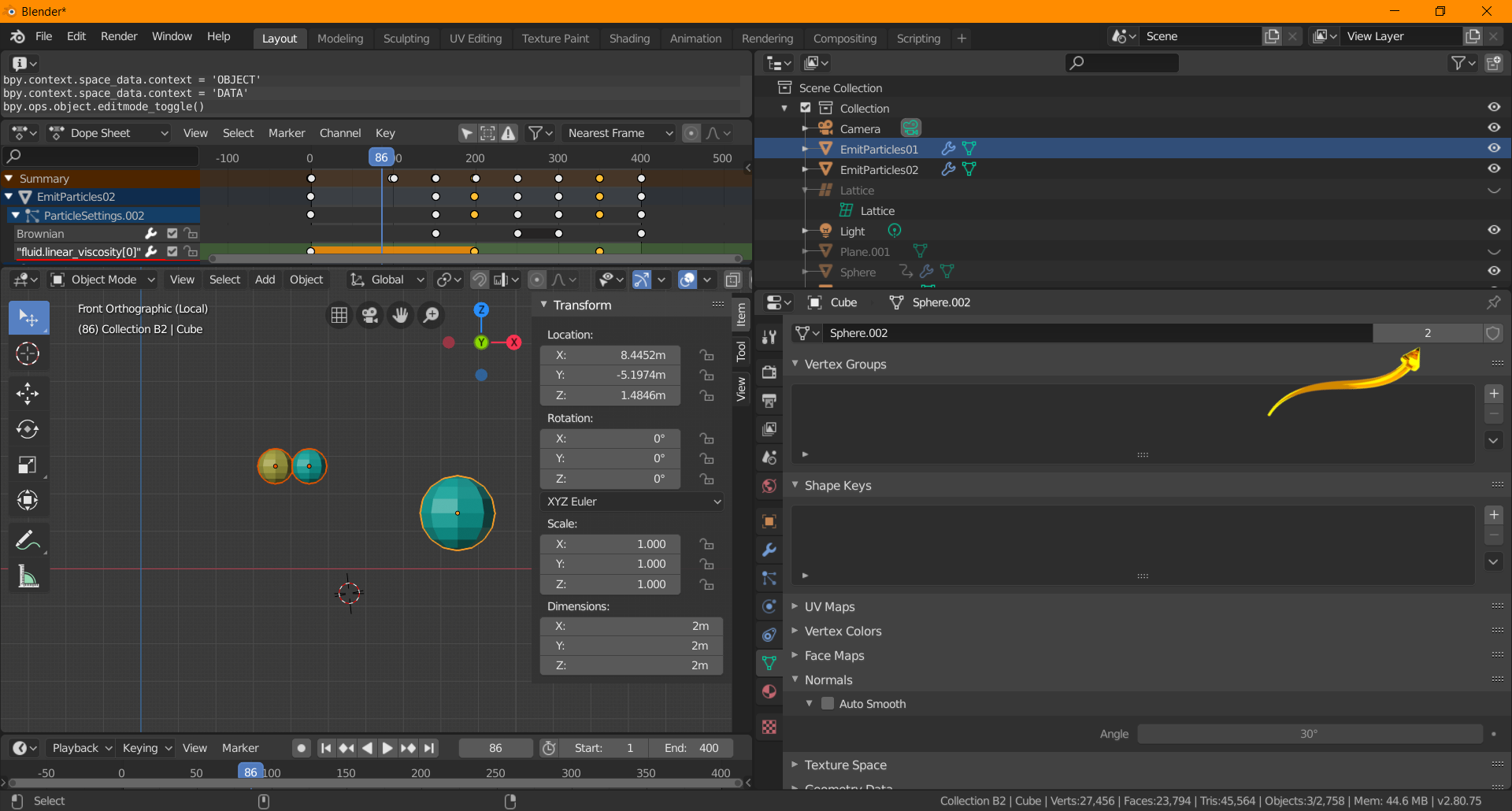 Sharing a mesh data block. See the edit history if this interests you.

Not the answer you're looking for? Browse other questions tagged modifiers workflow instances or ask your own question.

1
How to scale objects along the length of a curve and keep them all facing the same way
2
How to use different offset for each duplicate created with array modifier?
1
Assigning Array and Curve for a large number of curves
6
How to duplicate an object along an edge without warping or rotating it
1
Object getting rotated with the Array + Curve modifier