I am playing with rigid bodies in 2.79 and I'm having the following problem.

I have subdivided a plane a few times, then added subsurface and displace modifiers. I animated the displacement with a cloud texture and an animated null. A rigid body physic was also added to the plane (with 'passive', 'animated', 'mesh', and 'deforming' selected).

I then add a few icospheres in the scene, on top of the plane. They are simply active rigid bodies.

When I do the Free Bake of the Rigid Bodies, the Icospheres instead of interacting with the animated and displaced plane, they simply rest on the original flat plane.

Am I doing something wrong or displaced animated objects cannot be rigid bodies in Blender? 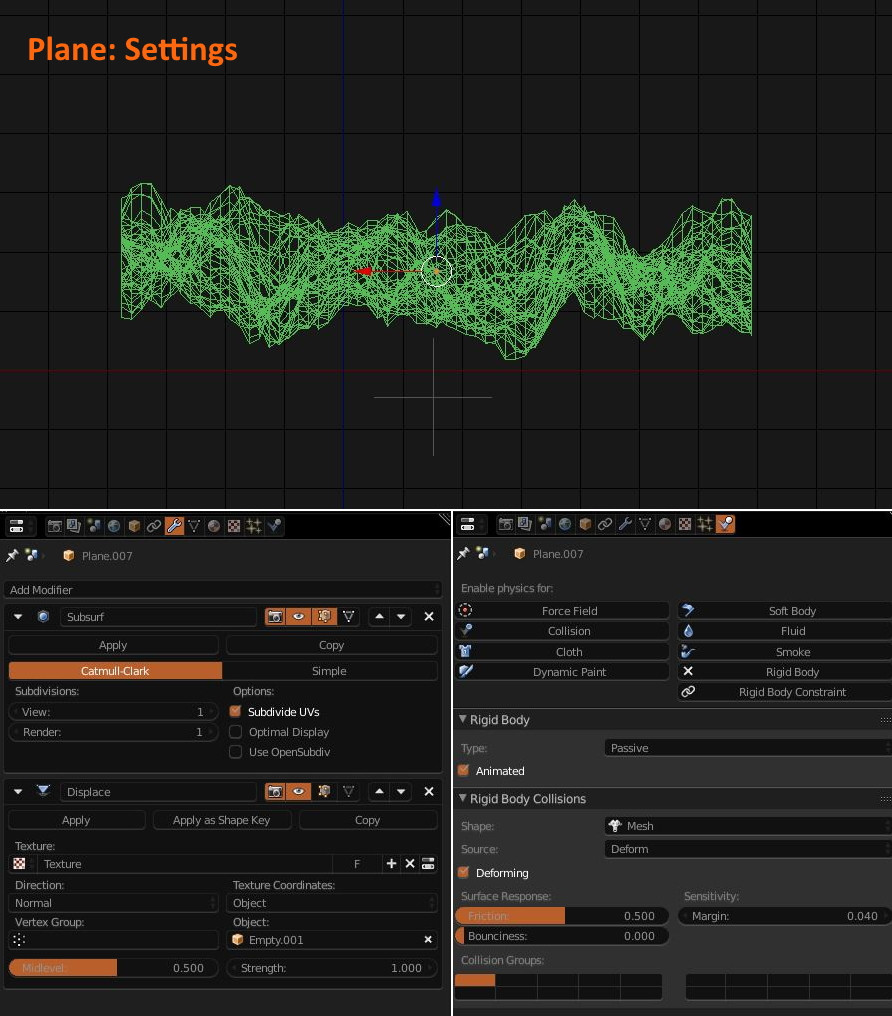 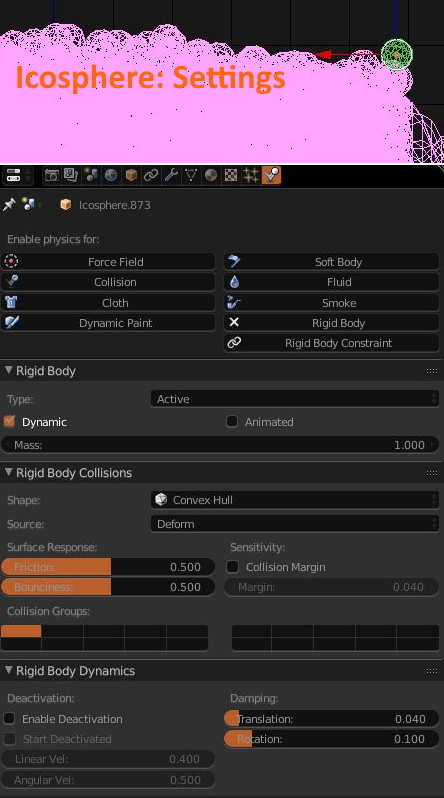 many thanks for your help.

I actually did it in an indirect way, a few days ago, by using arrays of passive/animated rigid bodies and connecting them to the animated plane by using Shrink Wrap. This created a moving floor (up-down motion), that interacted with the active/rigid icospheres, giving the result I wanted. Many thanks for your help and I will try the suggested methods to see if they work too.

Not the answer you're looking for? Browse other questions tagged rigid-body-simulation displacement or ask your own question.