New member here so please let me know is I'm doing anything wrong in this post and I'll adjust accordingly.

I'd like to create the following image. I create a hexagon (circle with 6 sides), make the face, add one array modifier in x 20 times, another in x&y once to create two rows, then another in y to create many rows. So far so good. I now set origins to geometry and apply a transform random in x & y only. Perfect so far. NOW if I extrude these faces in z, they obviously don't tesselate properly because the rotation has kinda shrunk them when viewed from directly above.

How do I rotate randomly AND maintain the tessellating columns of hexagons afterwards?

Appreciate any workflow help from the pros here! Many thanks. 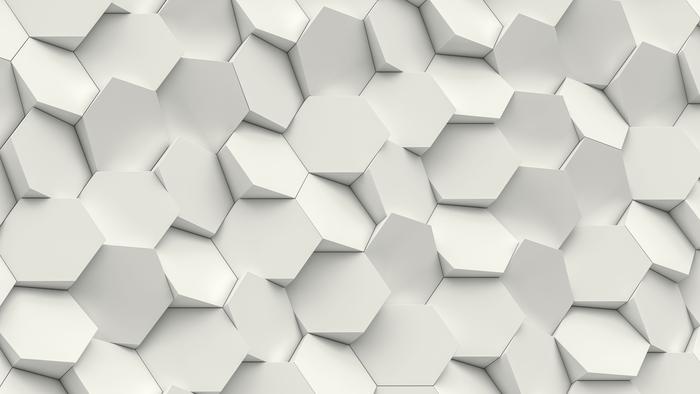 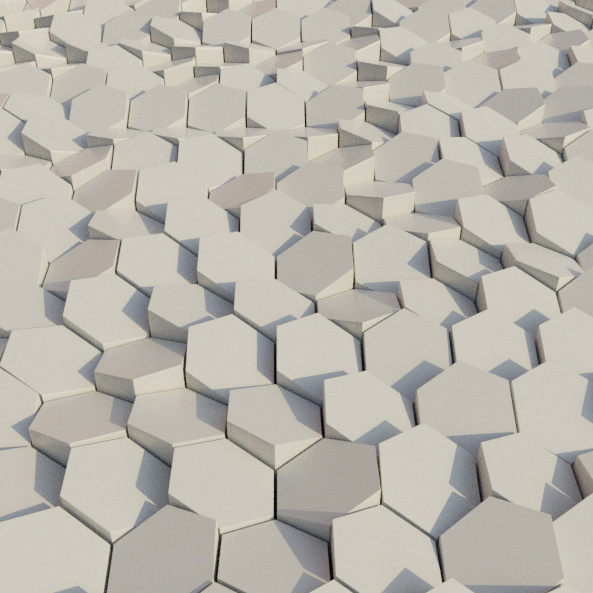 You can use the random transform operator to orient a bunch of hexagons randomly, merge them into one object and extrude the outer edge of each hexagon to the back: 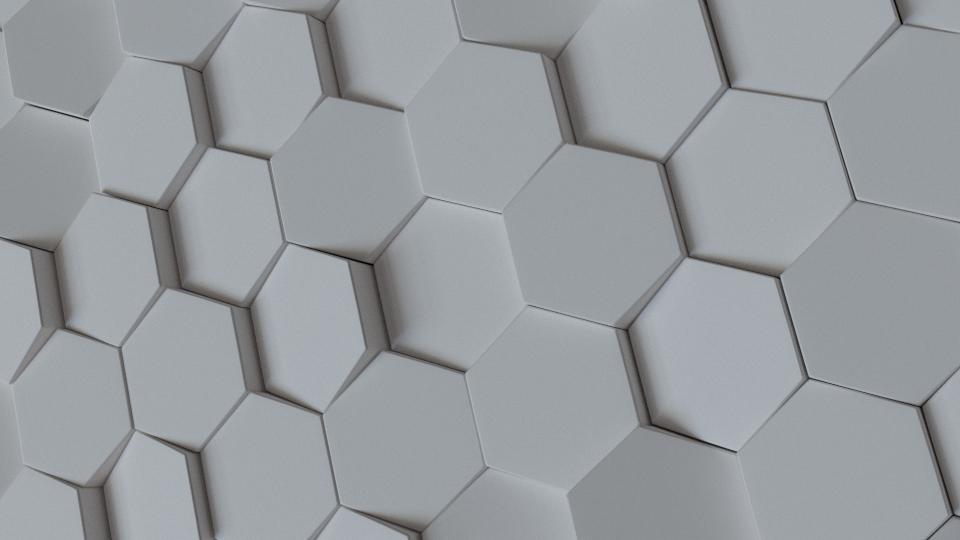 This will be rather long and is a bit advanced but you can follow along and I will give you the project file at the end. It can be done with animation nodes. First you need to download the latest working version from the animation nodes github : https://animation-nodes.com/#download ,and install it like any other add-on. If you have trouble for this add-on specifically there are some steps in the official documentation for the recurring errors.

As a general rule, if you are looking for a specific node, press CTRL + A and type parts of the name of the node. Else you can search for it in the submenus using SHIFT + A 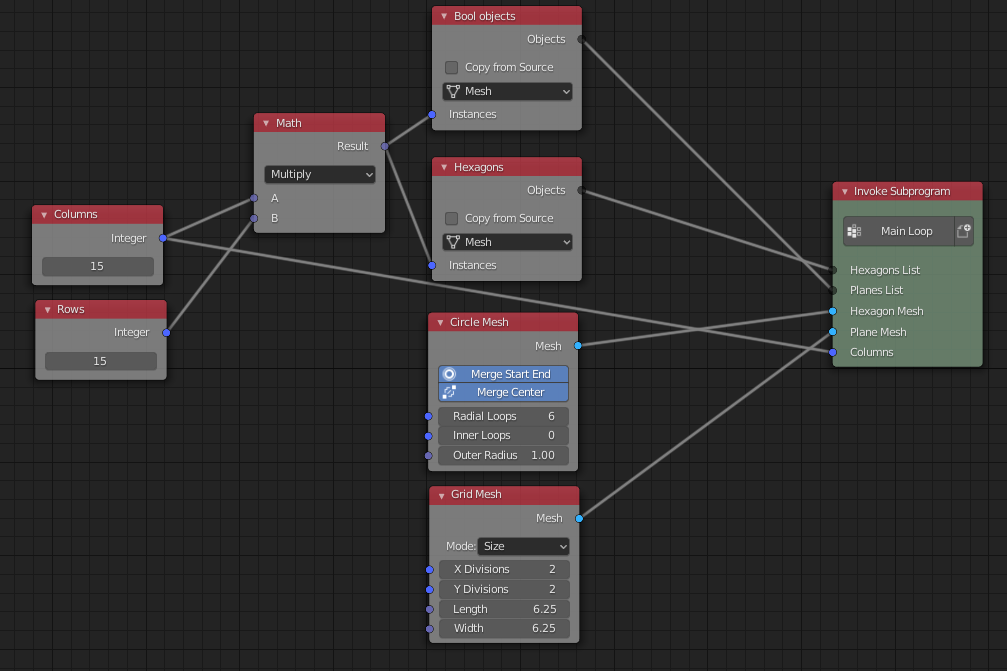 Now we are going to do a bit of math.

Every consecutive hexagon in a column needs to be shifted by a certain amount.

We will be using a bunch of math nodes to get the exact position of each object. We are transforming the index of each consecutive iteration of the loop to get the x, and y position in the grid, then multiplying them to get the x and y real world positions. These are values I came up with by tinkering and could be gotten mathematically but they work for me. 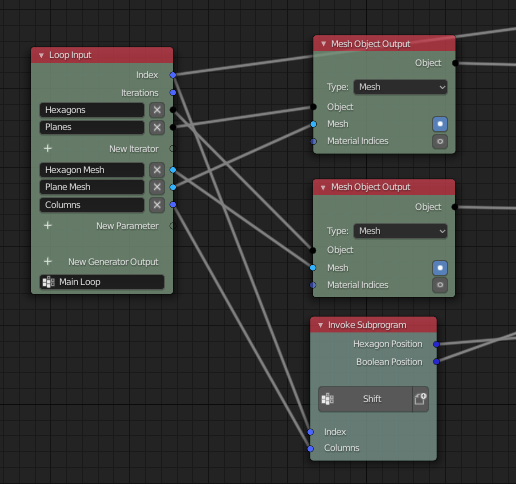 In order to create the random cut in each exagon, we are going to rotate each plane randomly and use them as a boolean. 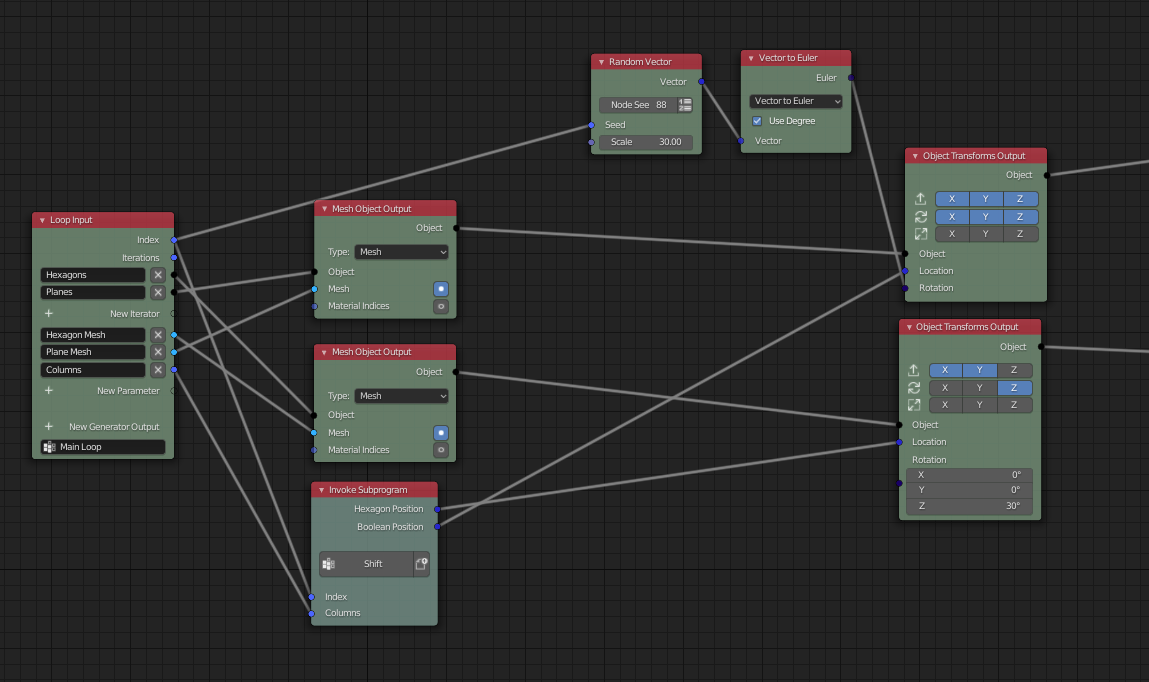 Change the code to be : 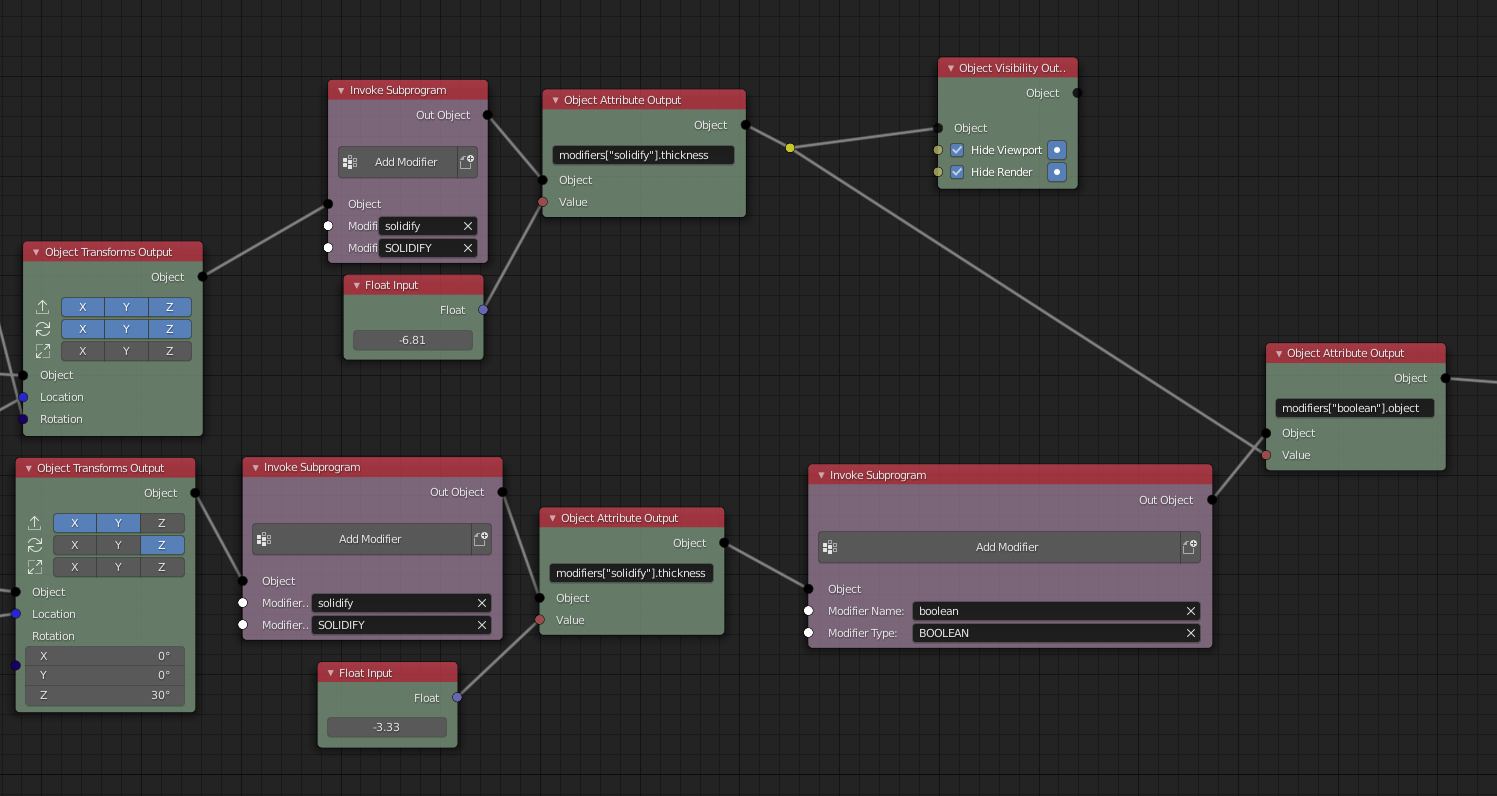 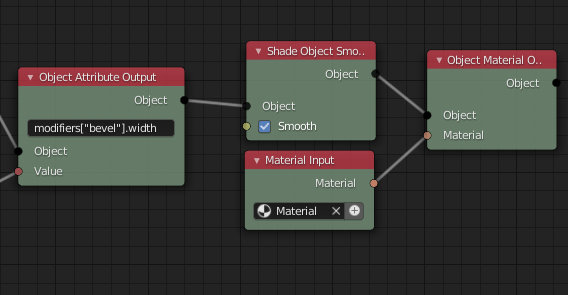 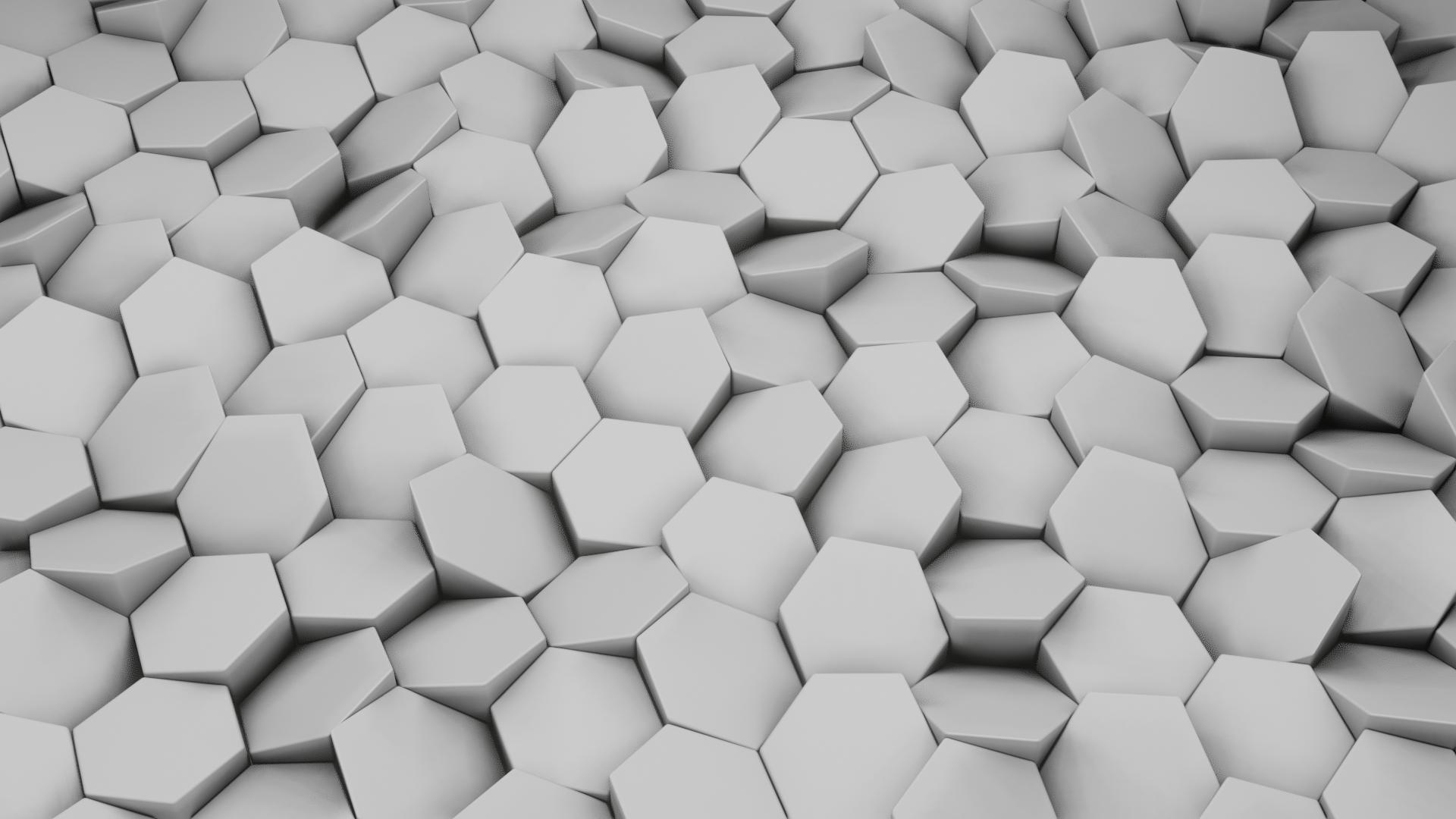 For some reason this scene crashes when I try rendering. If it does to for you, create a script in blender and write

and click "run" on the top right corner. Be careful to change the render output to where you want it to be rendered before though?

You can check out the blend file here :

You will need animation nodes add-on to tweak the values

There are limitations on scalar displacement.. as commented.. (apart from being Cycles only, and expensive)

Here's a script to do the tilting in geometry.

With the remaining separated hexagons - object selected, in Object Mode, run this script:

Then you can do your extrusion, bevelling, etc. 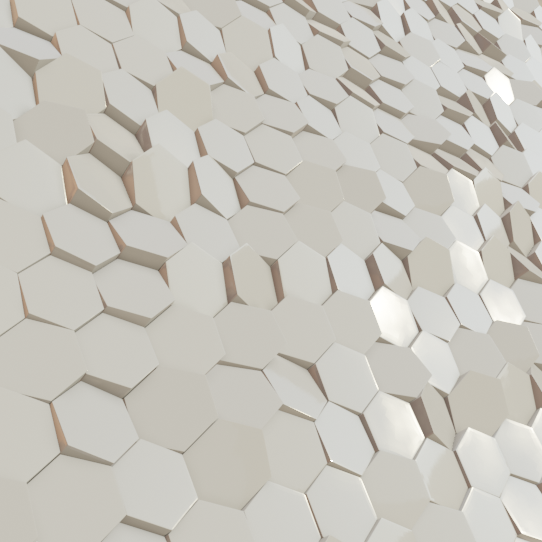 Instead of rotation, I suggest using Shear - that is what your sample image is doing. It will avoid distorting the hexagonal profile from above, which I gather is your intention.

The other answers are fascinating and I'm going to play with them, but this seems like the fast solution.

28
How can I make a hexagonal grill?
10
How To Do UV Indexing in hexagonal pattern?
4
Forcing randomized quads to stay coplanar?
2
Is it possible to add modifiers dynamically with animation nodes?

21
How to model the rounded outline of a column
3
how to create half circle surrounding in rounded column/pillar?
12
Subdivide hexagon surface into equilateral triangles
1
Making a hexagon from four sided face
3
How to place cubes evenly around a hexagon?
0
Hexagon Atom circle wire frame
3
Hexagon Sphere (wait!) with specified number of hexes?
0
Terrain union to hexagon sides