Hi I am creating a Doctor who Sonic screwdriver model in Blender and am having difficulties creating the material for the blue light on the end. Preferably I'd like one material which emits light and one which doesn't.

Reference pic for without light:

Honestly I don't really like the pics on Google of it emitting light Here's a video in which you can see it with the light on https://www.youtube.com/watch?v=KgSgplNgpmw#t=58

I would use two objects (or separated parts of the same object), the emitting object being separate from the cover.

As far as the materials go, it depends on how much you want to fake it to increase render times/decrease noise.

I've used clipping border (⎇ AltB) to give you a cut away view of the objects: 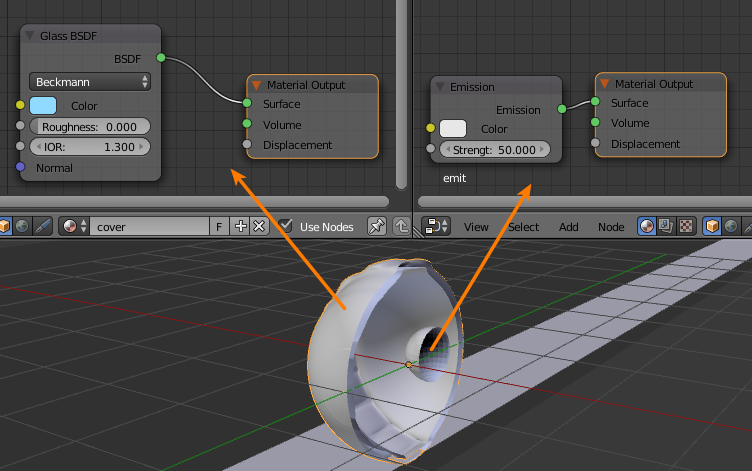 The main thing to note is that the cover is not solid, it is hollow (this can be done with a quick solidify modifier). The reason this is important as it has a large impact on the way light is refracted through the cover.

With some simple compositing to simulate the way a camera will behave when exposed to a bright light source (bloom), a nice glow can be achieved: 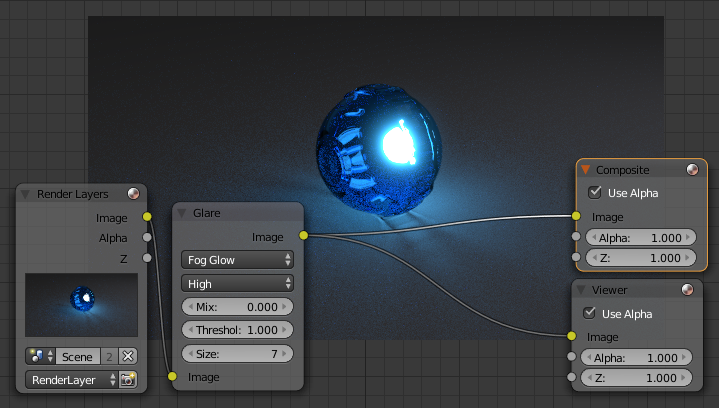 The downside to this is that it will produce a lot of noise. This image was rendered with 1000 samples, but as you can see it still needs some more: 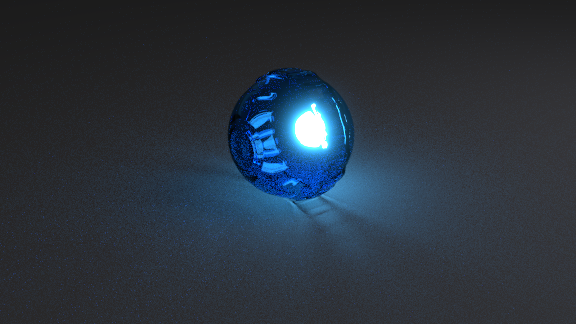 This is more complicated, but should help rendertimes by reducing the amount of noise at the cost of physical accuracy.

There are probably several ways to optimize such a setup, but here's one of them:

The main point here is that a point lamp is used to do the actual illumination instead of the emission mesh.

The point lamp is also not refracted, it's light is allowed straight through the cover, but absorbed where the cover mesh is thicker (kind of faking those nice caustics from the "realistic" example)

To make sure the volumetrics don't cause too much of a slowdown, make sure volume sampling is set to Equiangular and that Homogeneous is enabled on the cover material: 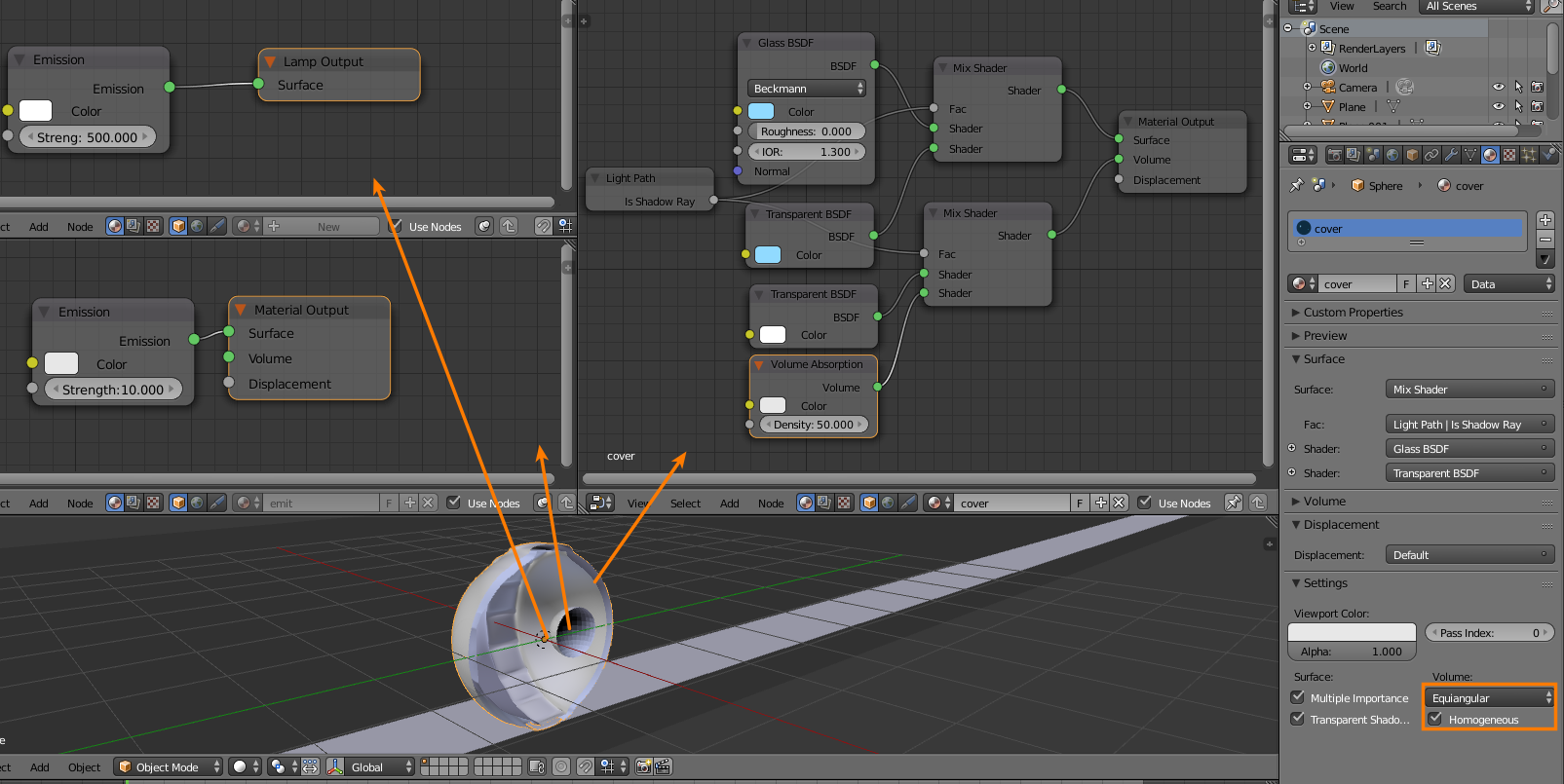 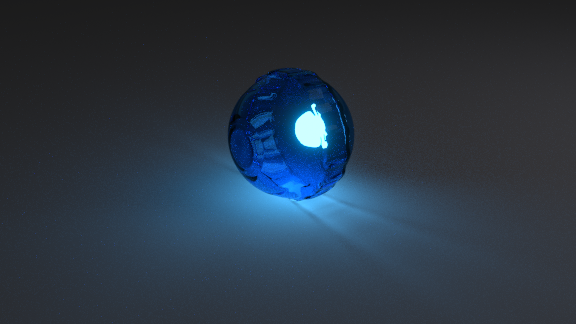 As you can see, there is still a little noise, mostly caused by the mesh light which is emitting light that gets refracted/reflected by the cover. I couldn't immediately think of a solution which would make the mesh light only illuminate the inside of the cover, and not refract outwards.

The only reason the mesh light isn't making as much noise as in the "realistic" render is that it is dimmer than in the realistic version. This isn't very noticeable though, since the lamp provides plenty of light.

adjust the roughness and lighting for tweaks. 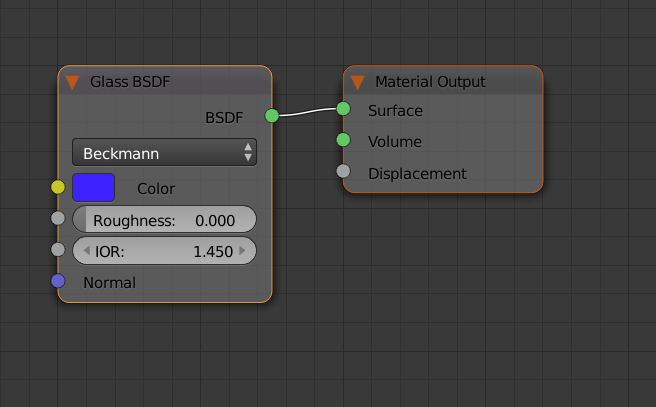 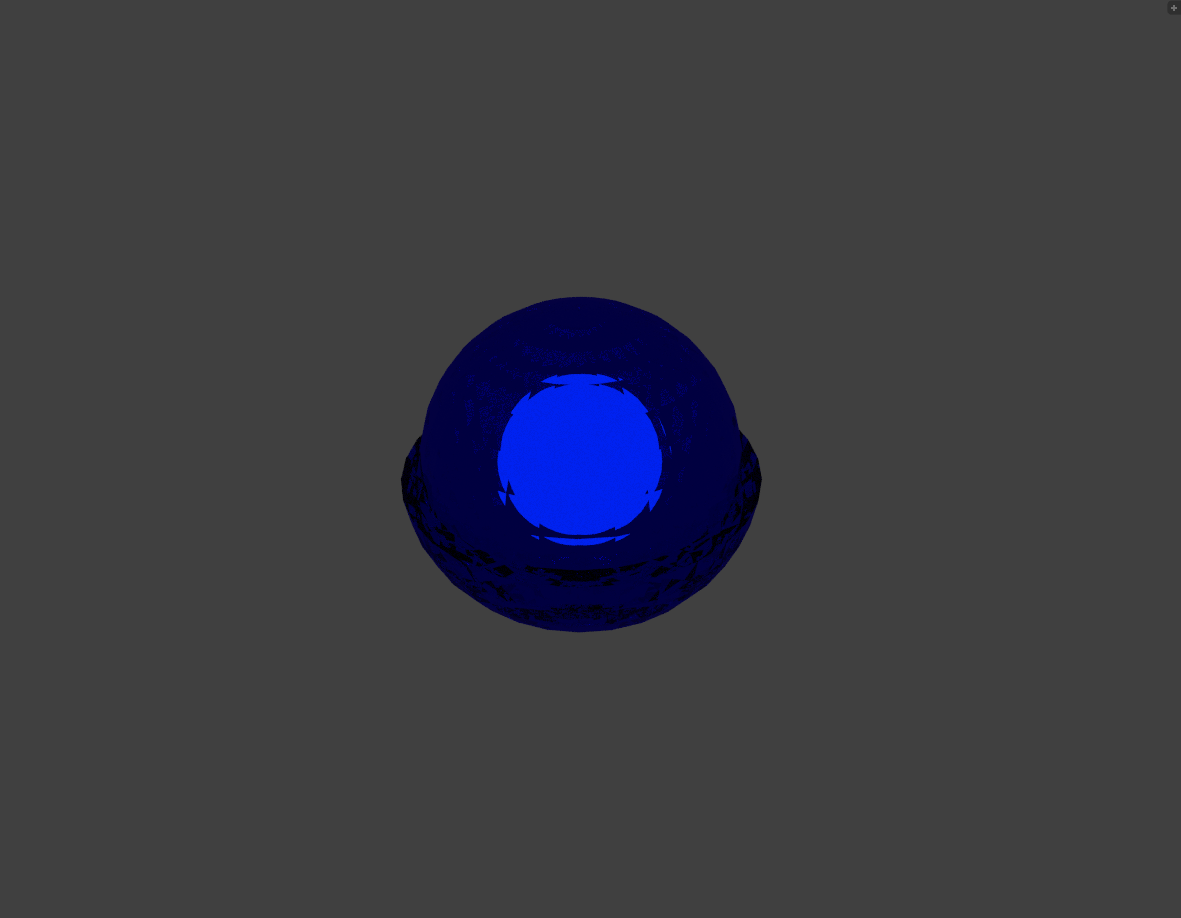 Not the answer you're looking for? Browse other questions tagged cycles-render-engine materials light or ask your own question.

1
How to create glass with a glowing core in blender?

8
Material that emits light, but appears diffuse?
8
Cycles Emit Light from area on Texture
3
How To Create 'Hard Plastic' Material?
16
Star Trek: Impulse Engine Material in Blender
4
How to make a light emitting material sensitive to external light
0
how would you light such a scene?
2
Translucent vinyl plastic material
0
Blender texturebaking not working (combing all textures into one)