What file format do I need to export as

I use Fusion360 to model and I would like to use Blender to render them. I just spent way too long trying to unwrap an imported STL file to apply a texture I just bought. Apparently it's impossible to ALT+click loops for a manual unwrap.

So my question is, what file format do I need to export as, in Fusion360, to be able to attach materials in Blender? 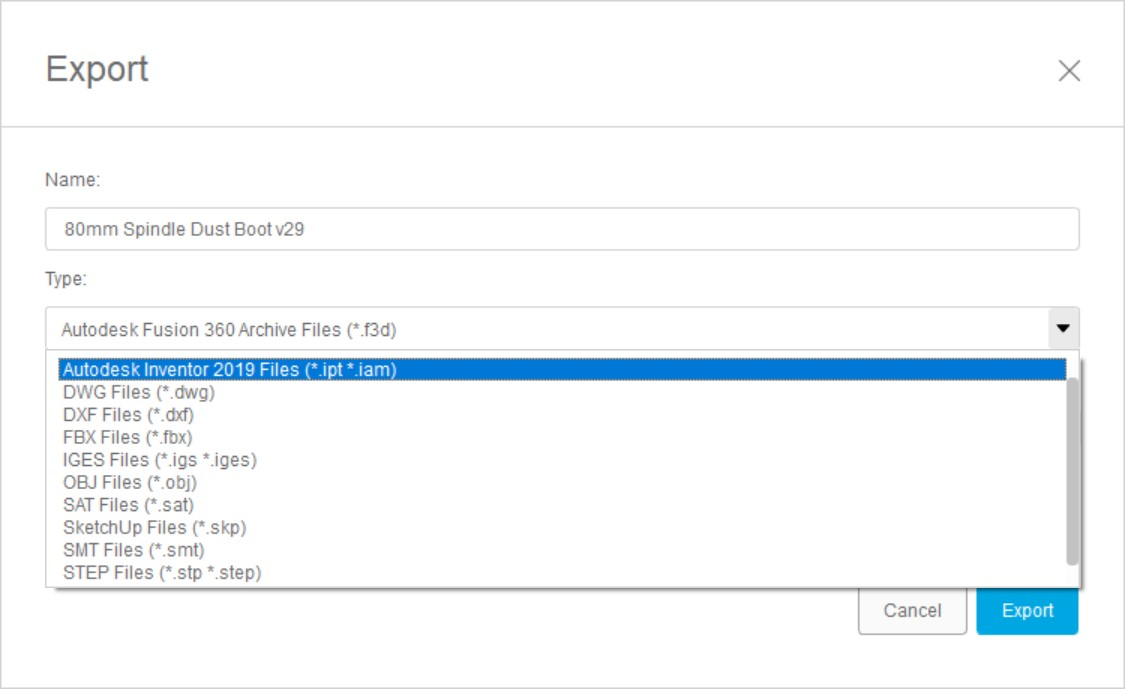 In general, the format should not matter as each is supposed to bring the same data into Blender, as long as the format is supported. The unwrapping though does not depend on the format.

Not that format does not matter, but it really has no influence on the unwrapping, as that is based on the geometry that is generated from the data read in/generated inside Blender. While i usually use fbx or obj, i believe the format can be chosen based on ease of handling with all eventually involved software and their support of it.

The situation of not being able to select loops will come up if the geometry does not offer Blender a continuous edge flow, thus only the edge or only the edges to a certain part will be selected. Most likely caused by either N-gons or Triangle-faces. In that case one would have to manually select with shortest path selection Ctrl+LMB or change the geometry to a more quad-based version with a clear flow of the edges.

I'd suggest to un-triangulate manually if the object is not too complex and thus allow an easier workflow from there.

In regards of the format, i had both fbx and obj files i imported with quads, so in your case, try to export the objects without triangulating them.

Not the answer you're looking for? Browse other questions tagged export import or ask your own question.

3
Help with exporting a 3d model in ~.stl format and adding colour data
1
How to export into .3ds and keep materials?
0
Export in three js Editor
3
What is the best export format from AutoCAD -> Blender?