How to increase glare strength of just emission map?

I am trying to create a bloom effect around my emission map using the glare node in compositing. The problem is that my emission map isn't bright enough for this to work. I don't want to increase the emission map's strength, because it washes out the detail.

What I've done is to multiply the value of the emission map, run that through the glare node, subtracted the brightened emission map from the result, and max/lightened the result over the result. The problem is that the subtraction isn't perfect, and it results in this black edge: 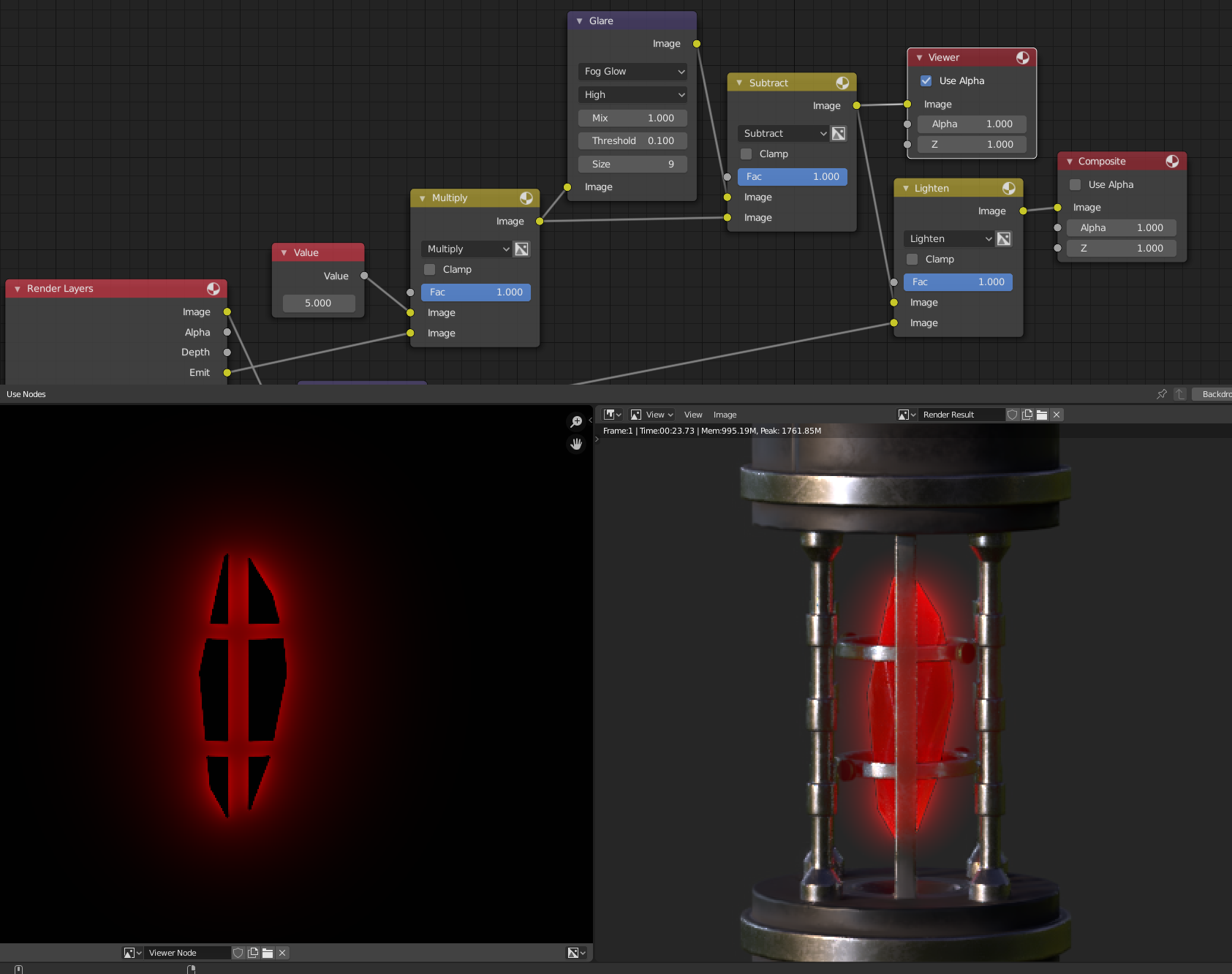 Is there a better way to go about doing this? I'm hoping for a way that doesn't require separating the emissive part of the mesh as a different object, because often the emissive parts won't be on isolated geometry from the non-emissive parts, if that makes sense.

Since you are using over exposed Emit pass as a mask, there is no way to get proper pixel mix with rendered image. Even more because of border's pixels contaminated by background color (on antialiased edge). Also in your answer I can see edge in your render. Probably a bit better because of differences on Multiply values rather than mix type.

What I would try is to add Dilate-Erode node on "mask" to get rid of border pixels. This also brings all edges of mask highlighted because over exposed glare node. To compensate these appeared pixels I tried isolated only "glare" object color (can be done many ways, luminance is not probably the best way) and bring this part a bit darker to original, so pixels can be mixed more smoothly into final. 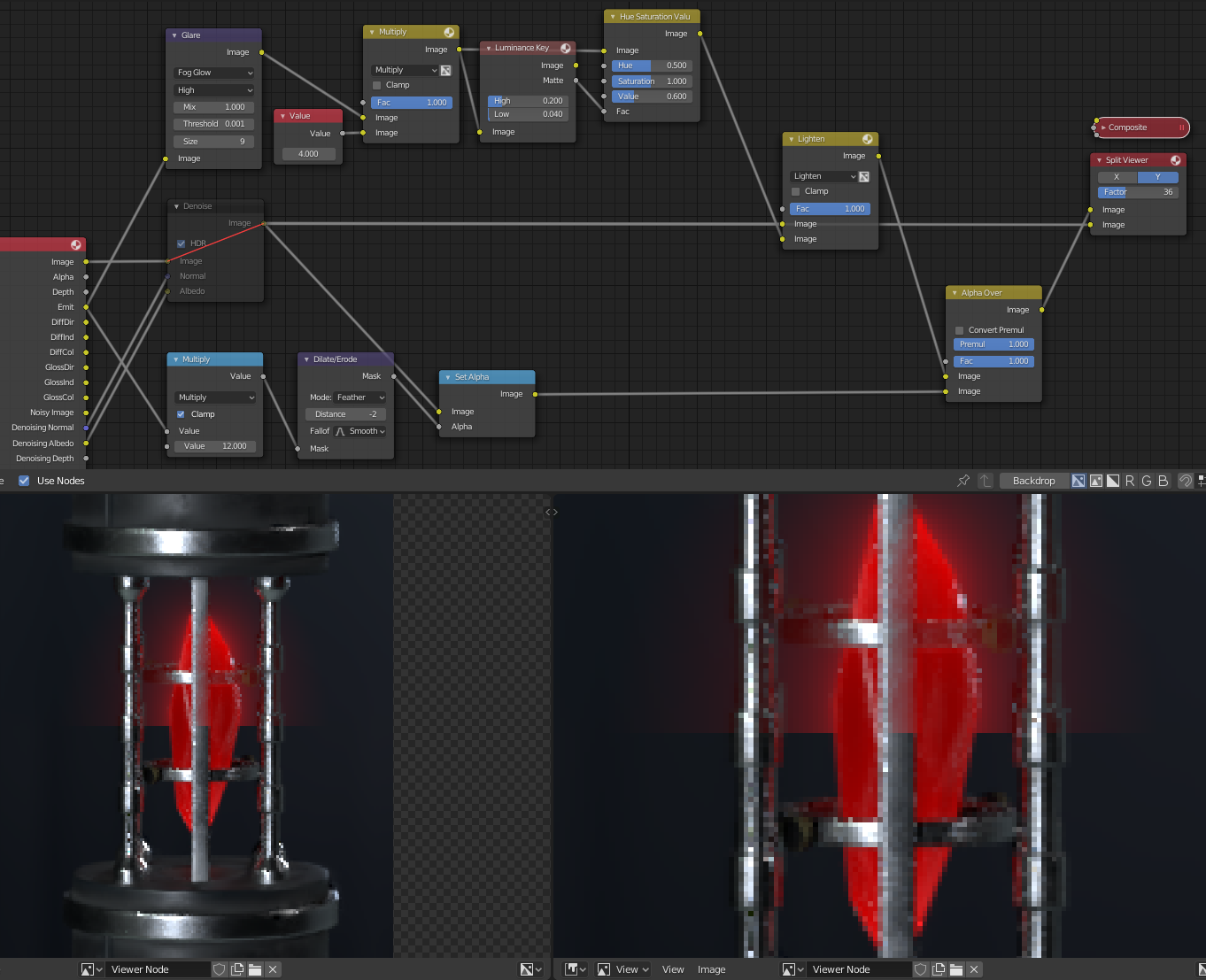 Note: I disabled Denoise node since produced worse result and was extremely slow. I also add Multiply after Glare, but your "before" is probably better you don't work with such low values, but result should be mostly the same. Environment texture was not attached so I used blender's Environment "studio.exr" texture.

These mixing of border pixels is always very sensitive for input, so its always quite a lot of tweaking. It's not like one group node you can attach anywhere.

I believe I have found a solution: 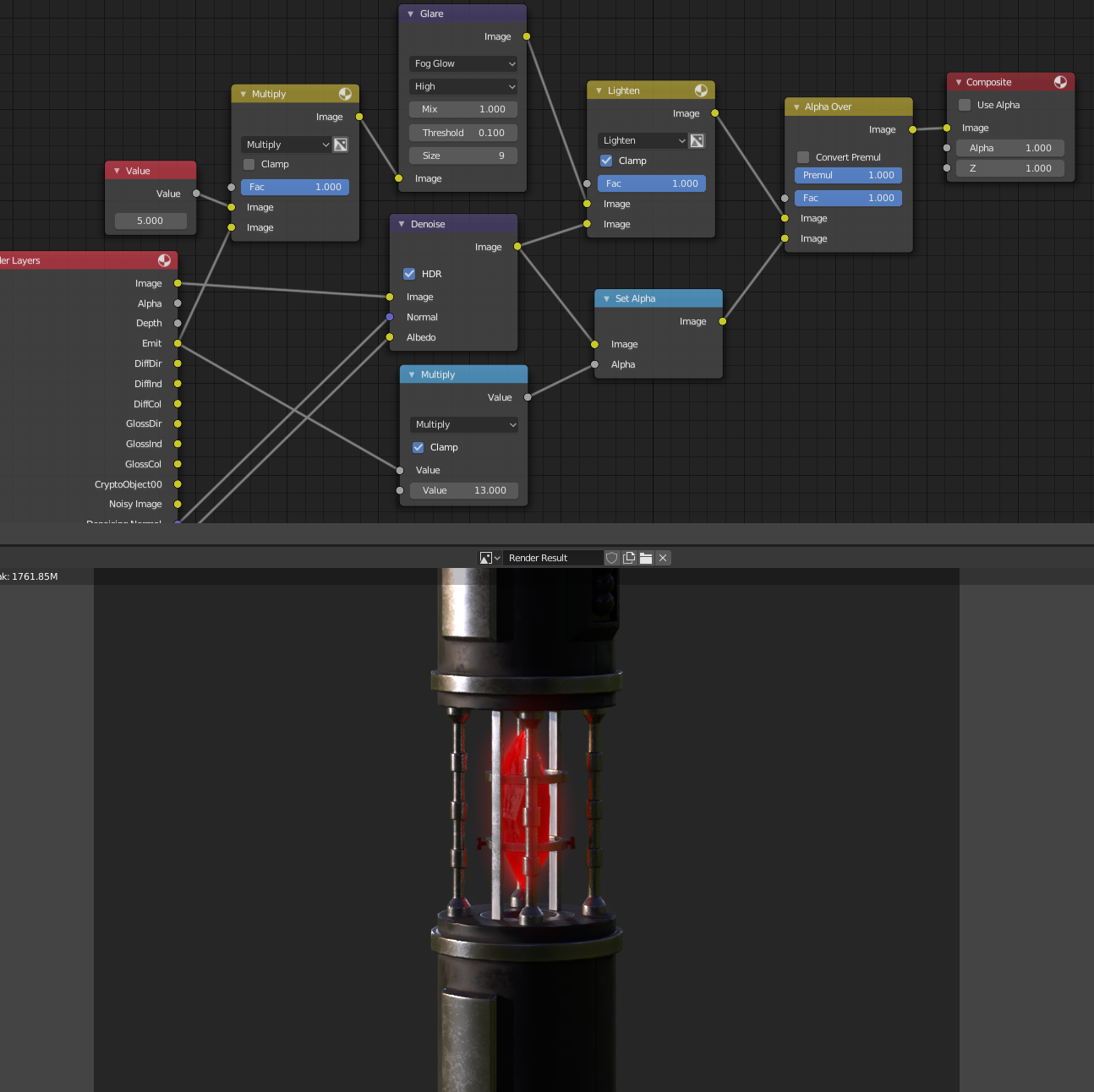 Instead of subtracting out the brightened emission map, I maxed it over the image. Then I alphad over the original image map.

Not the answer you're looking for? Browse other questions tagged compositing-nodes emission or ask your own question.

5
How to distort effects with equirectangular projection
3
Why is Composite Blur square
8
How do I change strength of emission at Principled BSDF
0
Why is the emission shader clamping even when I increase the strength to crazy high values?
1
Control object emission strength (not material)
0
Blender compositor: problem with saving/previewing semi-transparent pictures
3
Blender does not set the alpha channel correctly
4
Color ramp as Value for Strength input on Emission shader