I have been searching everywhere, and I can't find an answer so I'm coming here!

I'm trying to create a CFL Blacklight bulb. I've attached a couple images below of what I've tried to make. I'd love to have an effect like this: 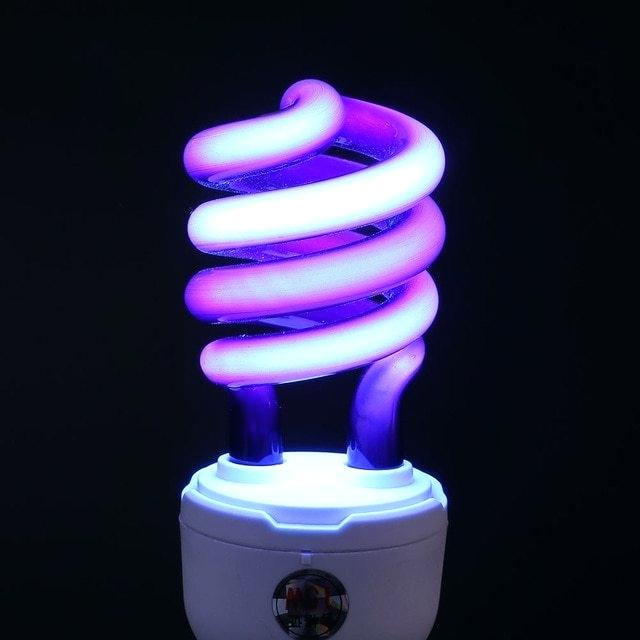 Does anyone know how to recreate this? It seems like the color is affected by time as the bulb heats up, eventually being all white-ish. That would be fine, too, but I can't even seem to get the lighting effect of the pink glow around it and whatnot. I can post pictures of my node setup if you need it, though I think I made it necessarily complicated.

UPDATE: This is what I have now: 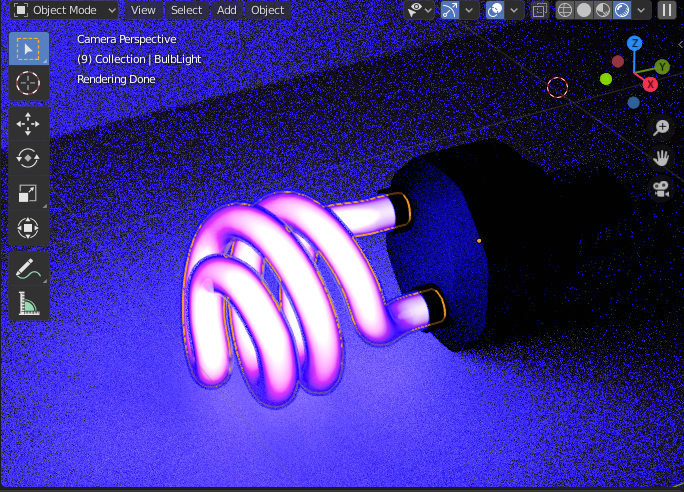 I want to adjust the colors, but that isn't the issue now... The way I made this is a glass spiral that acts as the bulb. Inside of that bulb (that has a glass-like shader) is a purple material that I made that mimics the phosphor coating blacklight light bulbs have to filter light. Then, a separate mesh spiral is inside of that, and it has the emission stuff on it.

As Duarte suggested, I used the node setup he had for my emission, but used a transparent node instead of glossy. Why isn't the emission light from inside my glass causing the glass to be glossy? If I put a point light in the scene, it looks glossy.

This is trivial to achieve using normal based effects like Fresnel.

You can use it both for the color gradient, and the shader transition from glossy to emission shader.

Drive it through a Color Ramp node to control the color progression gradient, and link the Fresnel socket to a Shader Mix node for shader mixing, between say an Emission node and Glossy, or Emission and transparent if you will. 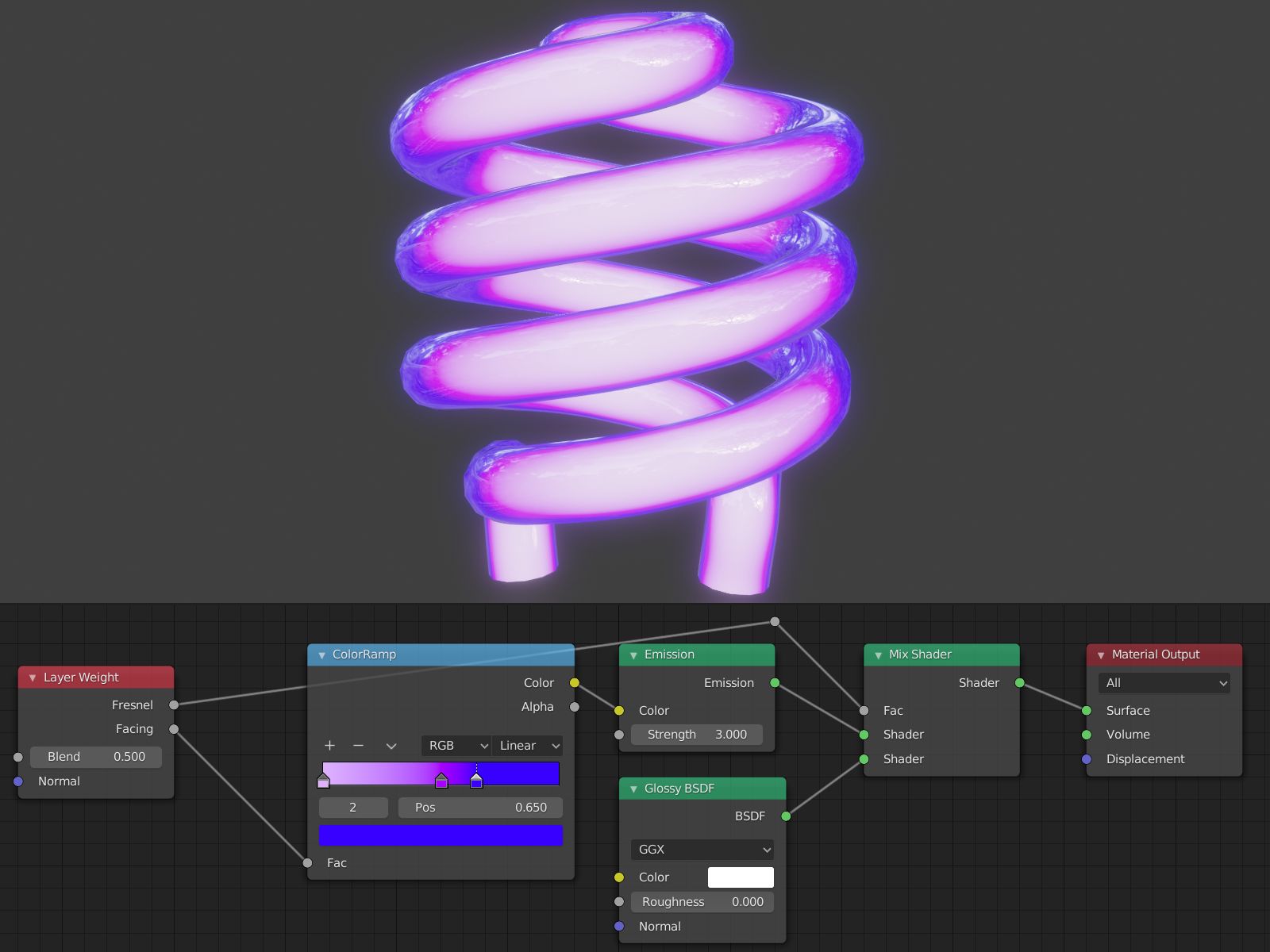 Something like this could get you close. There's lots of tweaking you could still do and this isn't physically accurate in any way, shape or form. 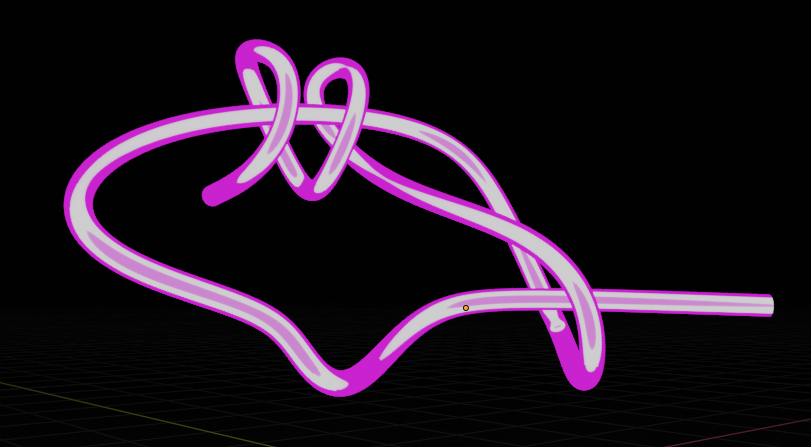 Play around with the Mix Shader inputs and the IOR settings of the Fresnel nodes.

4
Any blacklight effect suggestion for 2.8?
0
Car led lights with gradient from center
0
Is there a way to make emission shaders look less flat in cycles?