I spotted a tutorial on YT, modelling a keyboard Synthesizer. The Instructor (which actually says in the beginning is a novice blender user)is constantly using Boolean Operation to cut into the main shape, saying that Ngons wont matter, and if using another method loop cuts to make quads would take for ever. So would it be any benefit of me watching this tutorial or would it lead me astray from correct 3D modelling approach? Or are the Boolean cuts safe to use as long as there is no subdivision surface modifier applied to the mesh? 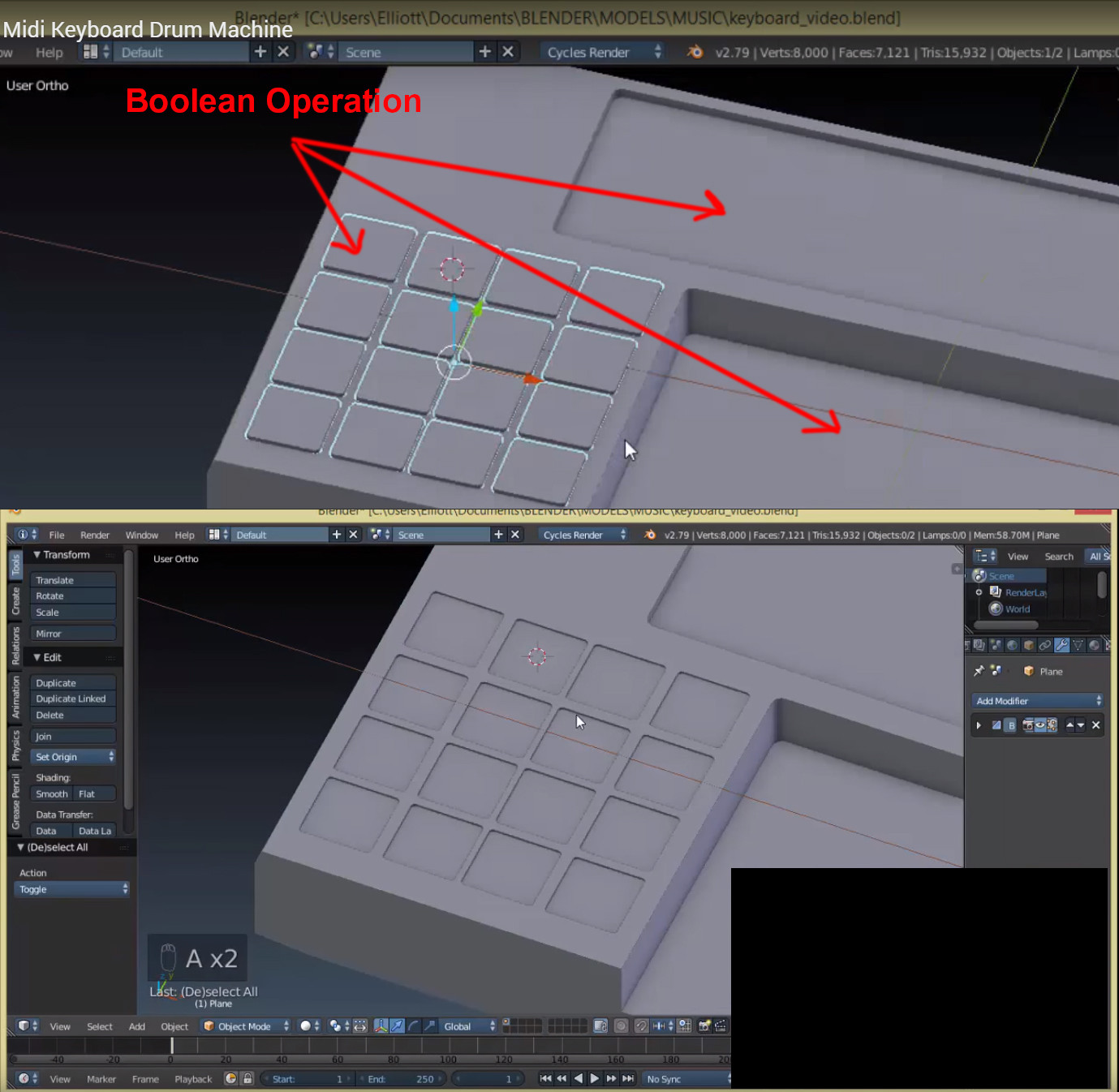 There is a great exercise that I came across from a YouTube tutorial by Josh Grambrell who demonstrates a great way to work with Booleans in a non-destructive workflow.

But more importantly to answer your question a little closer, the youtuber gets his reference from an Artstation blog post by Frank Oczur Jr. who talks about different workflows using including subdivision modelling exercises. I'll post he link as well.

I won't try explain it myself as I'll probably butcher their work but both are really good reads and a video to watch which might help answer your question.

For everything I have seen & heard, having a good topology is better. For the immediate model it may make no difference, but it is best (if possible) to do it right.

If you are using this to just learn Blender, then I find one of the best ways to learn is to apply your knowledge, rather than just following along. So follow the tutorial, however use loop cuts instead of boolean modifiers and discover the differences. You may take a lot more time, but I find you also get a better sense of achievement.

There are many use cases where the Boolean modifier can be very useful for hard-surface modelling, when used appropriately. The big benefit is that complex shapes can be created non-destructively. Applying modifiers is a destructive operation. Using it as a go-to method for modelling with boolean modifiers is not a good approach. Without cleaning up the topology, it will most likely not be possible to work with subsurface modifiers.

There is no rule/law that says you cannot ever apply boolean modifiers or use n-gons/"bad" topology in your model. However if you're just starting to learn 3D modelling, it's likely beneficial to learn how to create proper topology first and then later when it's not necessary to.

If you're interested in hard-surface modelling then I recommend watching the videos by Gleb Alexandrov and Aidy Burrows, specifically the Boolean Modifier 2.8x video. The videos are a free update to their (paid) hard-surface modelling course for 2.79b and therefore a bit fast paced, however they contains plenty information about boolean modifiers.