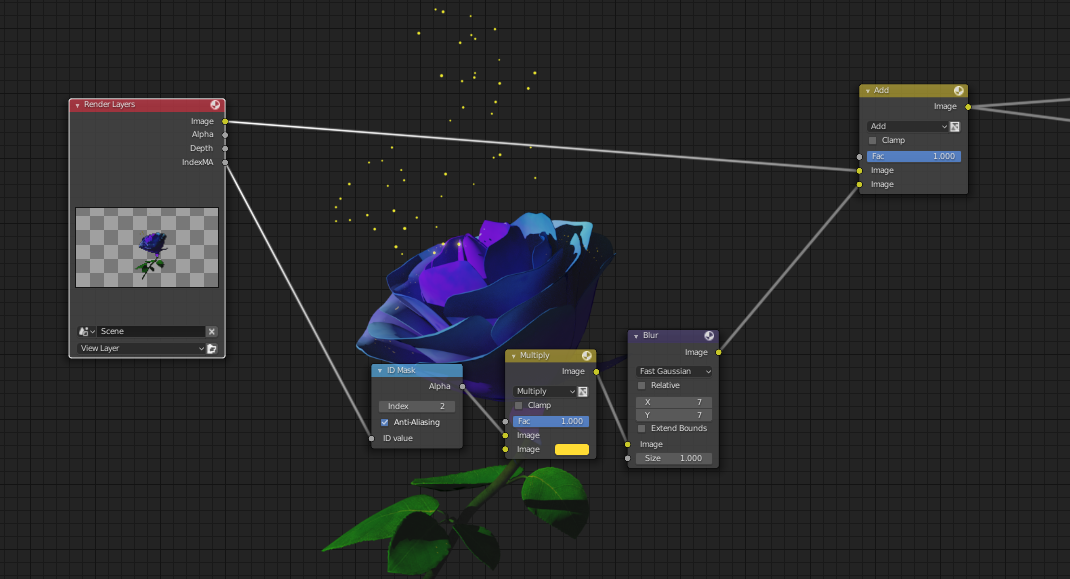 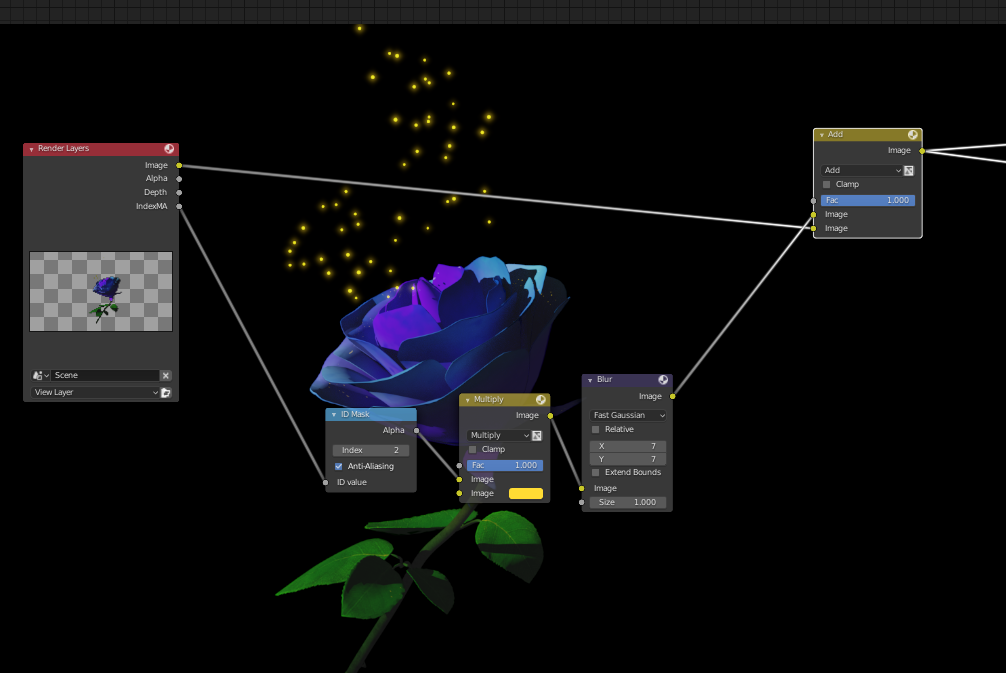 To know why this is happening, first you have to understand how alpha works. A transparent image(image with 0 alpha) doesn't mean it doesn't have any color(rgb values).

In the both of your image, the RGB value is the same, but they have different alpha values.

In the picture below, both of the green areas have the same rgb value, the only different is that the right one doesn't have an alpha value. Which makes it seems like the glow effect didn't work, but in truth, the glow is just transparent, you could verify this by unchecking use alpha in the composite node, and you will see the glow (unless you have premul on, but that's another thing). 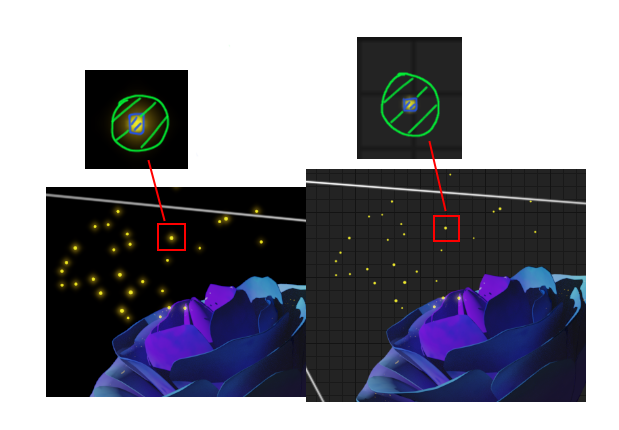 And for the particles on the flower, the reason why the glow effect is visible there is because the flower is completely opaque. It forces the pixels around the particle to have an alpha value of 1.

Edit: You can still do it but you may need to add a little more nodes. 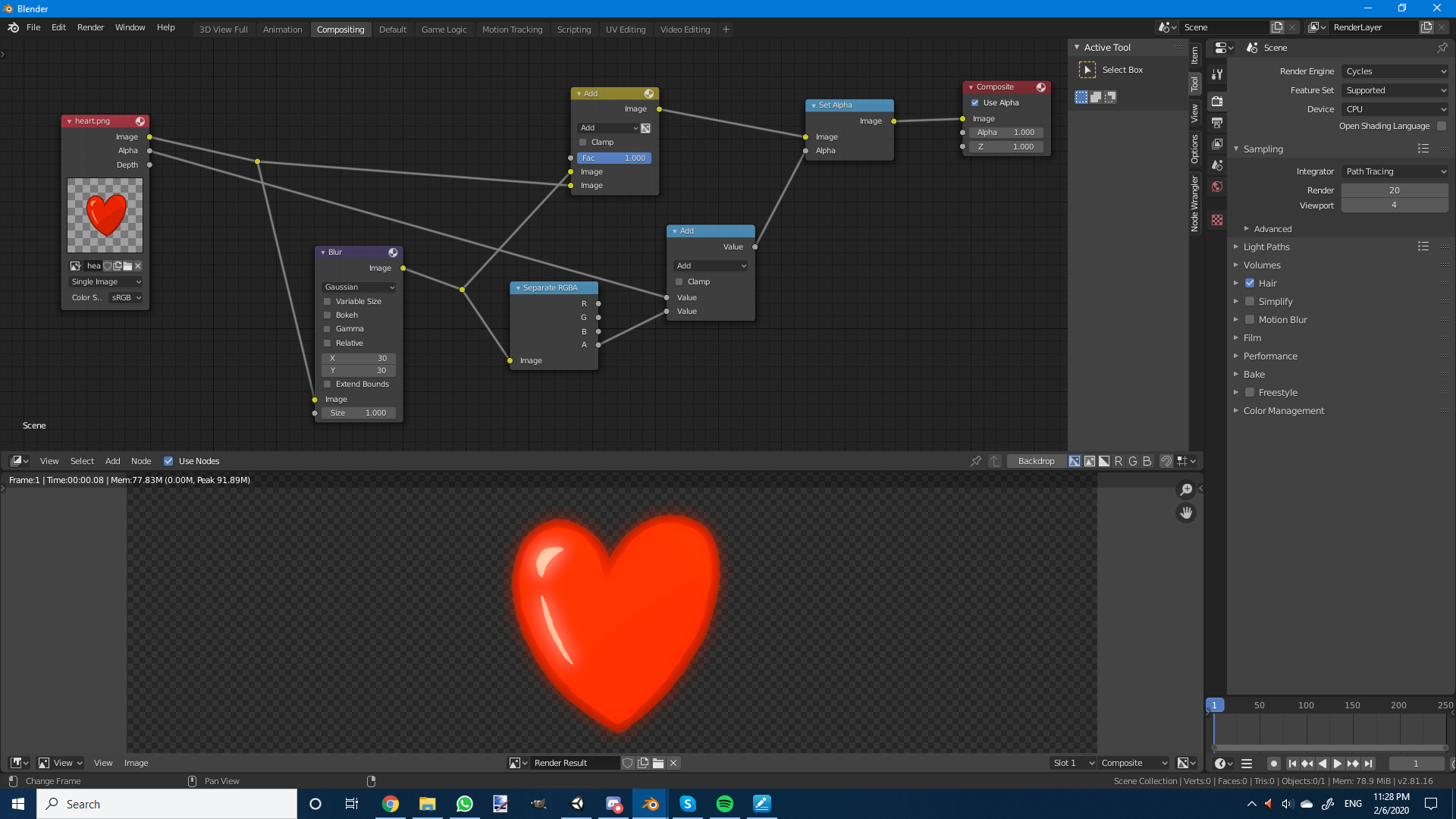 Not the answer you're looking for? Browse other questions tagged particles light transparency compositing-nodes blur or ask your own question.