I'm trying to create a row of street lights, both the lamp pole and a spot light. Since i can't simply join these two and use an array + curve modifier to set this up (using an array modifier + a curve modifier always deforms the mesh) so i came to the conclusion that working with collections and instances would be my best bet. 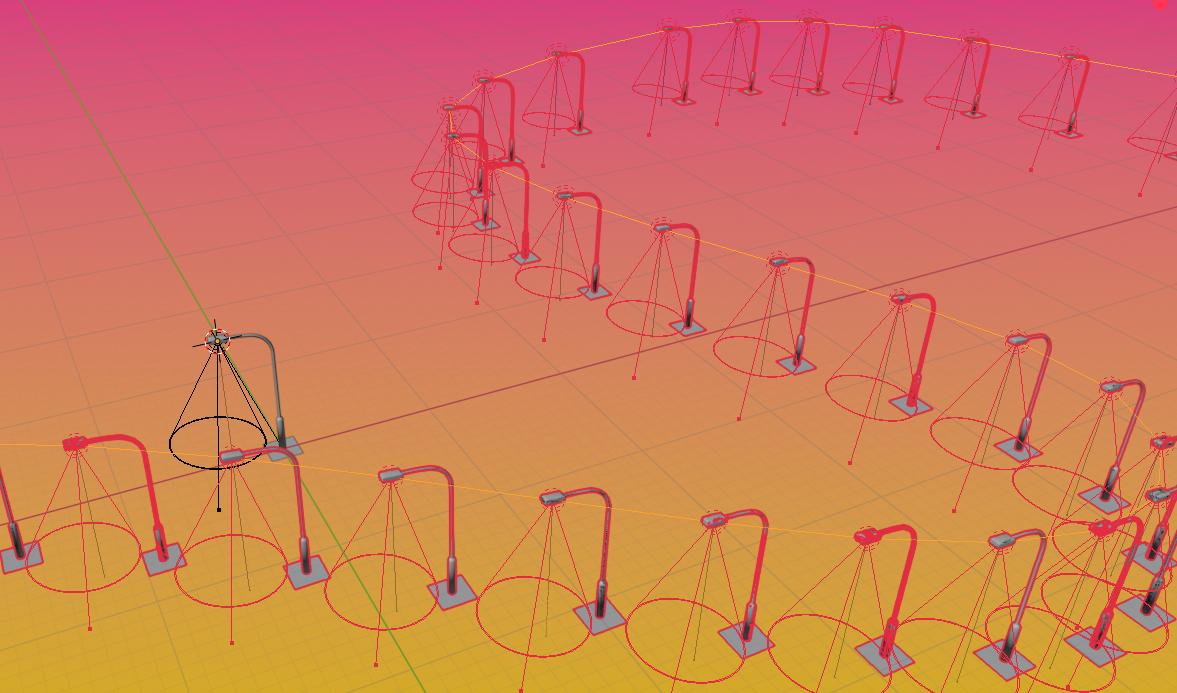 As you can see the lamps all face the same direction, while i want them to be rotated inwards. There's an option for 'aligning the objects to vertex normal' 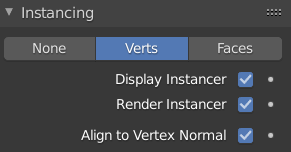 but enabling this exposes a multitude of problems: 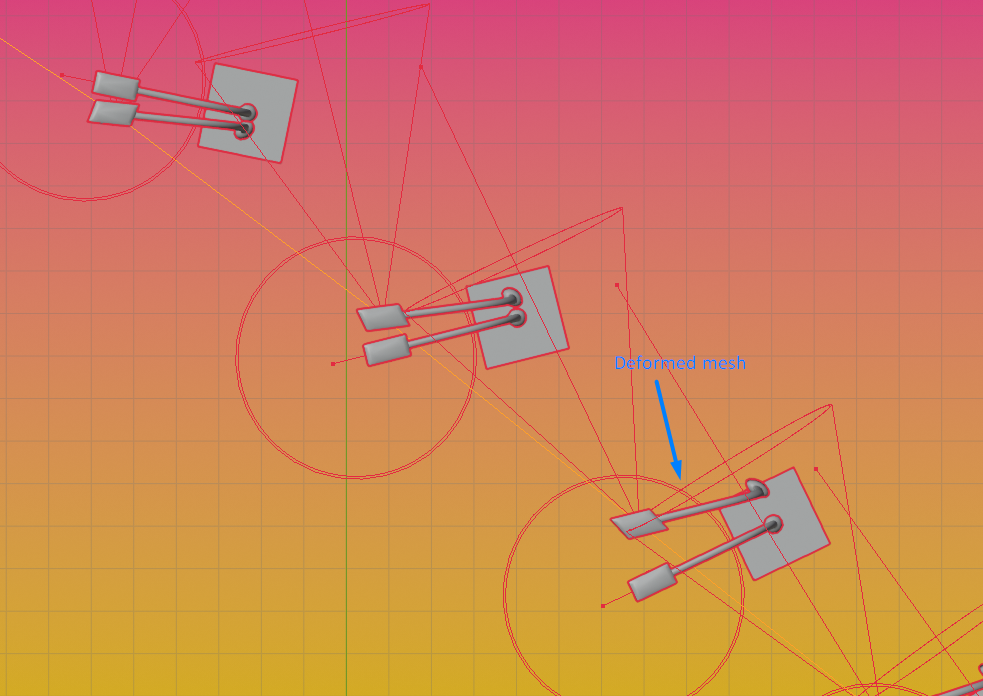 (I drew over the lamp directions with blue arrows for visibility)

If anyone knows how i can get this to work i'd really appreciate it, but other techniques are welcome too.

You almost got it. You can do it by using an array + curve modifier, you just need to use the plane as an instancer.

Select the plane, add an array modifier and set the length to "fit curve", and set your curve. Add a curve modifier, set it to your curve again. Make sure to parent the lamp post to your plane, then go to the plane's object properties and select "Faces instancing". Here you go : 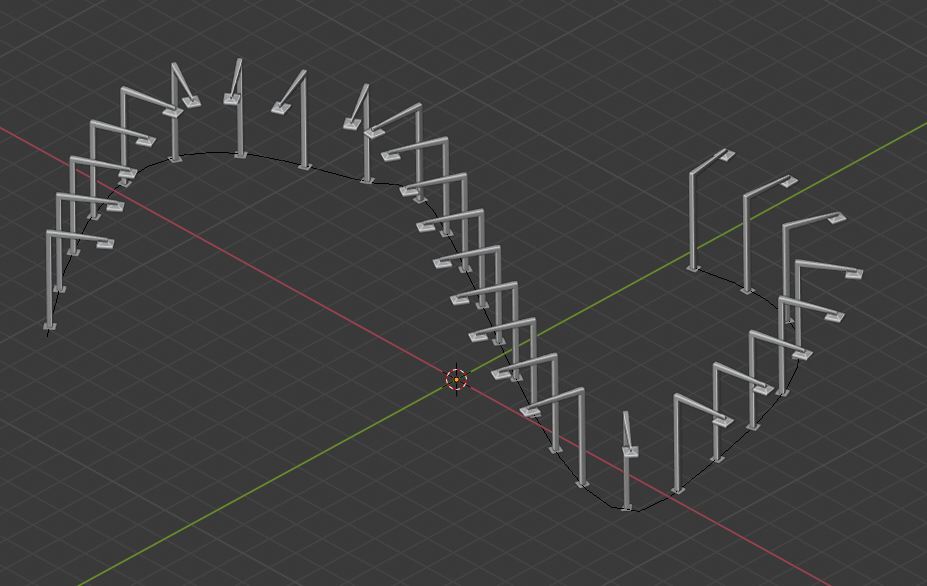 Note that this will not work well if you use a 3D curve.

How to tweak the workflow for a 3D curve :

Instead of using a simple plane for the array + curve combo, use an elongated plane in the Y axis. 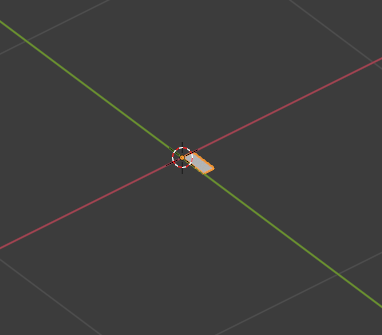 Then after the Array and Curve modifiers, add a Weld modifier and tweak the distance until the vertices in the local X axis merge. You should now have a series of segments, with both vertices of each segment on the same XY plane. These segments follow the 2D curvature of the curve object. 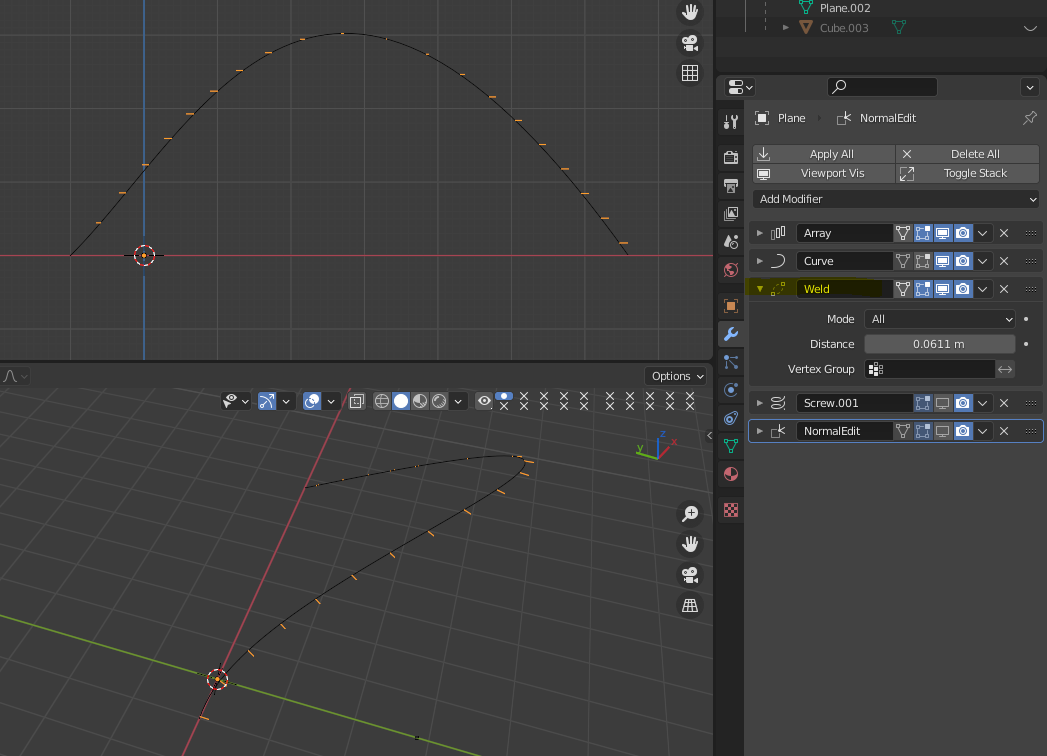 Add a Screw modifier on the X axis, set the angle to 0°, the steps to 1 and the screw property to a small value. 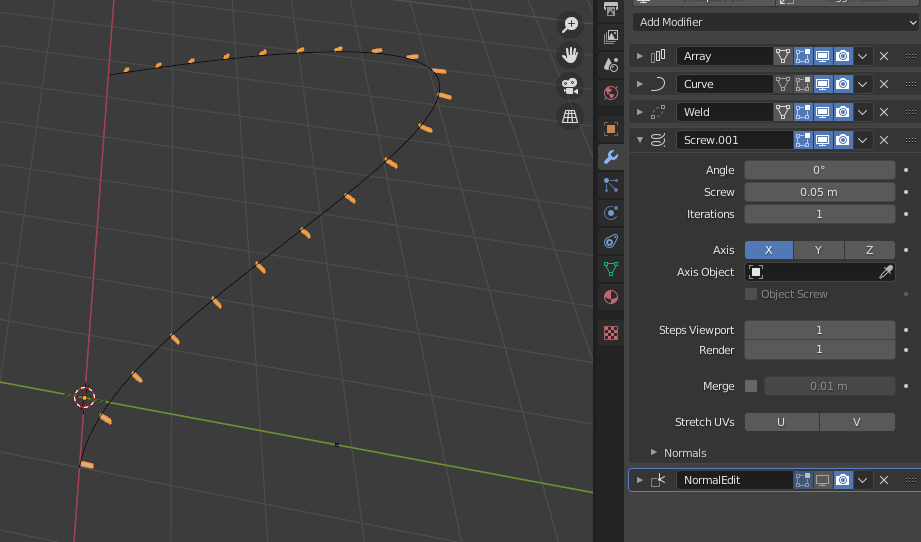 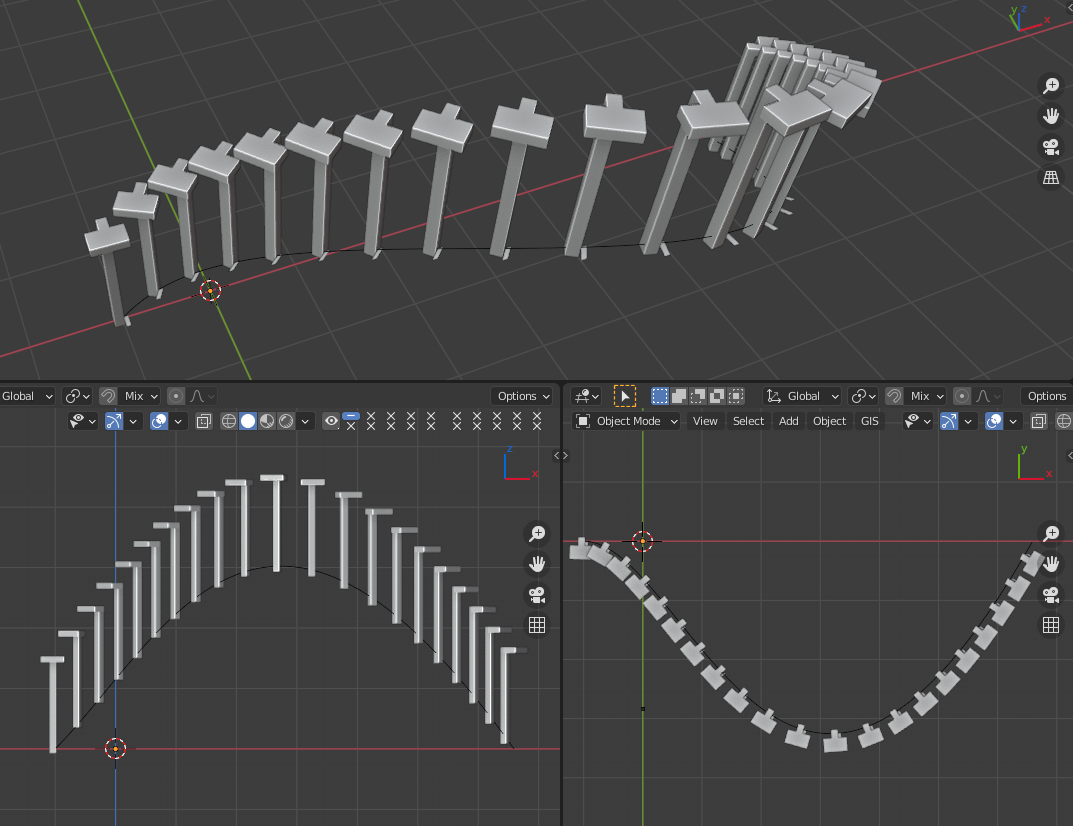 Not the answer you're looking for? Browse other questions tagged modeling mesh objects transforms instances or ask your own question.

0
How to control the orientation of an Arrayed Mesh Object following a Curve (NurbsPath)
11
Array a collection of objects along a curve
2
Stairs around and up a cone (Spiral Stairs)
3
Duplication with rotation only on the Z axis
1
How can i make the railing follow the curve on these stairs?
0
Array along a 3d curve with rotation lock on certain axis
1
How to let an array curve around tiled spiral, without rotation to the floor plane? Trying to create a tilted spiral staircase using array and curve

6
Problems with Curve Modifier
1
How to increase spacing between duplicated objects parented to a curve using *DupliFrame* ?
0
Array along a 3d curve with rotation lock on certain axis
1
Arrays of arrays along a path
0
problem with deformation of curve modifier