I’m following a tutorial that covers sculpting a plank of wood, and then retopologizes it and bakes a normals map and a few other maps. The tutorial was filmed before blender 2.8, and I’m having some trouble baking my normals map.

In the tutorial, he said to use the blander render for the map, because cycles can cause some problems. In the render tab in 2.8, however, the only engine with baking options appears to be cycles. Because of this, I tried baking the normals map anyway, and it’s covered in bright green patches, as seen in the image.

Is the because I’m using the cycles engine? If so, how could get around this? I’ve also read that perhaps it’s due to overlapping topology, however the person in the tutorial had some overlapping as well, and they didn’t run into this issue. Because of this, I’m guessing it’s a problem with cycles, but if so, I’m wondering how people bake normals in blender 2.8. I’m attaching photos.

I would include the blend file but I'm not sure how to do that/if it's possible. I've also included the link to the tutorial I'm following below the images! Thank you for your help 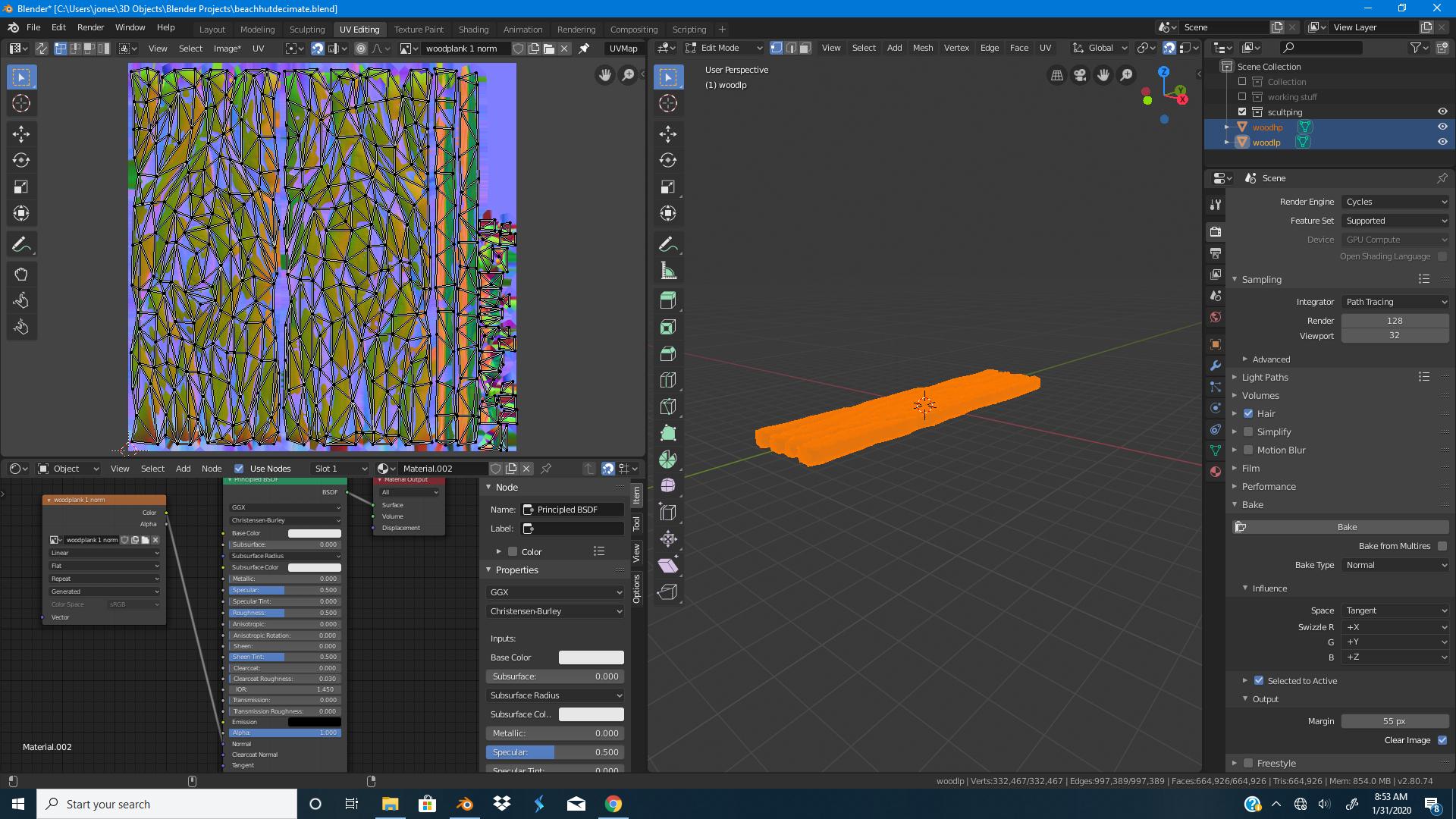 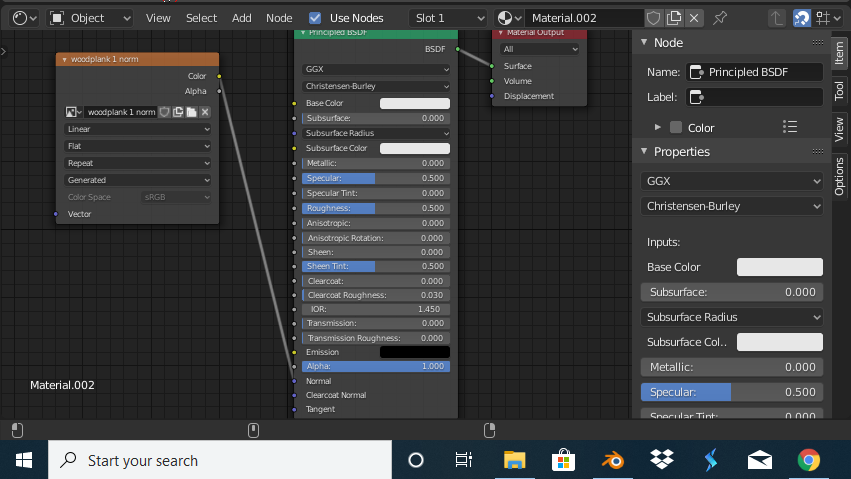