I am trying to do a high poly to low poly bake with a simple test object that has slightly rounded edges. I am using Blender 2.81a. When I do the bake, however, I see a crease along each of the edges. I'm fairly certain there is something simple I'm missing but I can't seem to figure it out and I'm hoping someone can give me some direction.

My low poly is UVd, my high poly is not. I have both models smooth shaded with auto smooth on with the angle set to 180 and hard edges (which only appear in the low poly model) are marked as sharp. It almost looks like Blender is using the normal map that is generated and ALSO using the sharp edges of the low poly model where the normals of the bake should be all it needs. 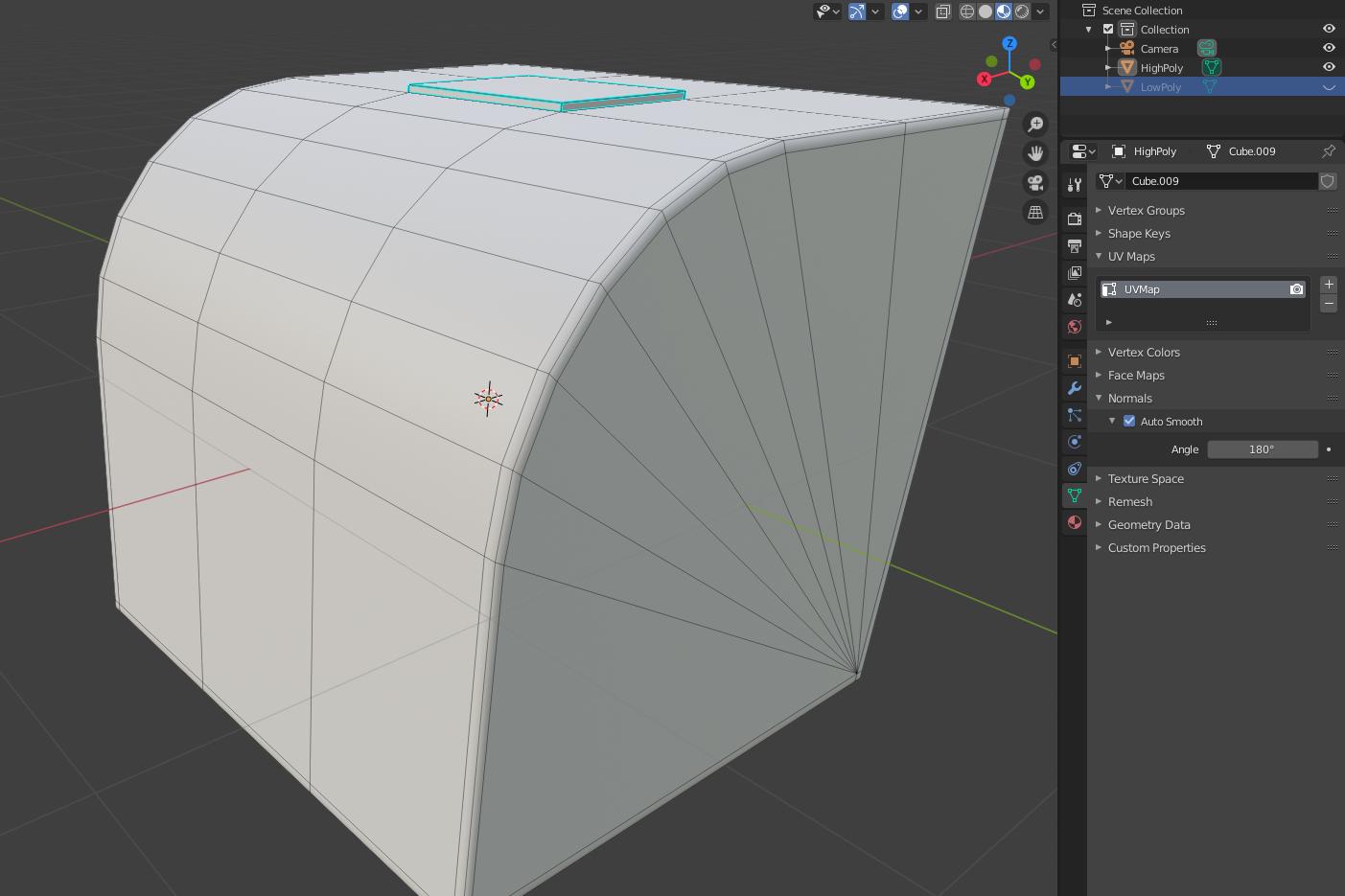 Here is the low poly model: 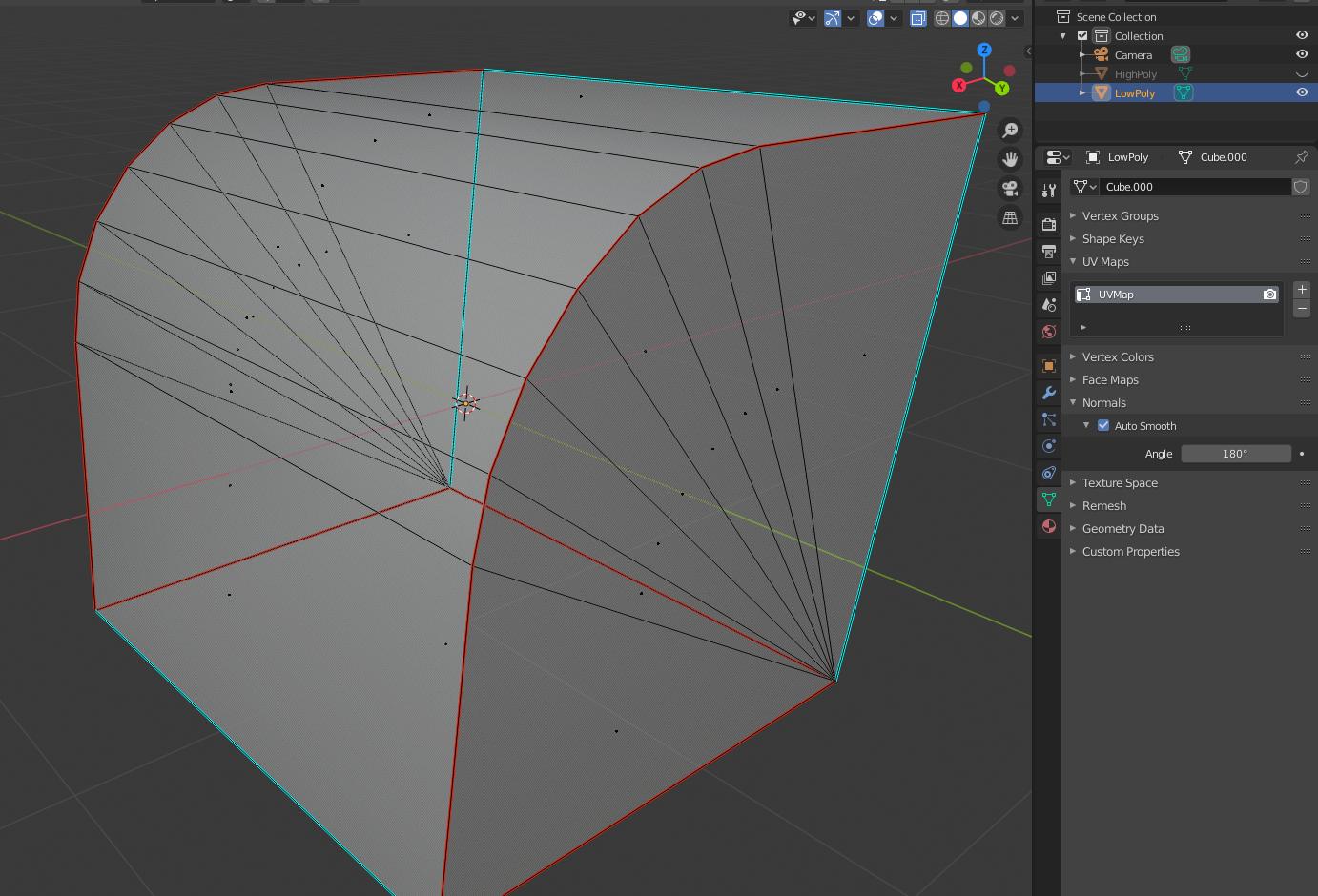 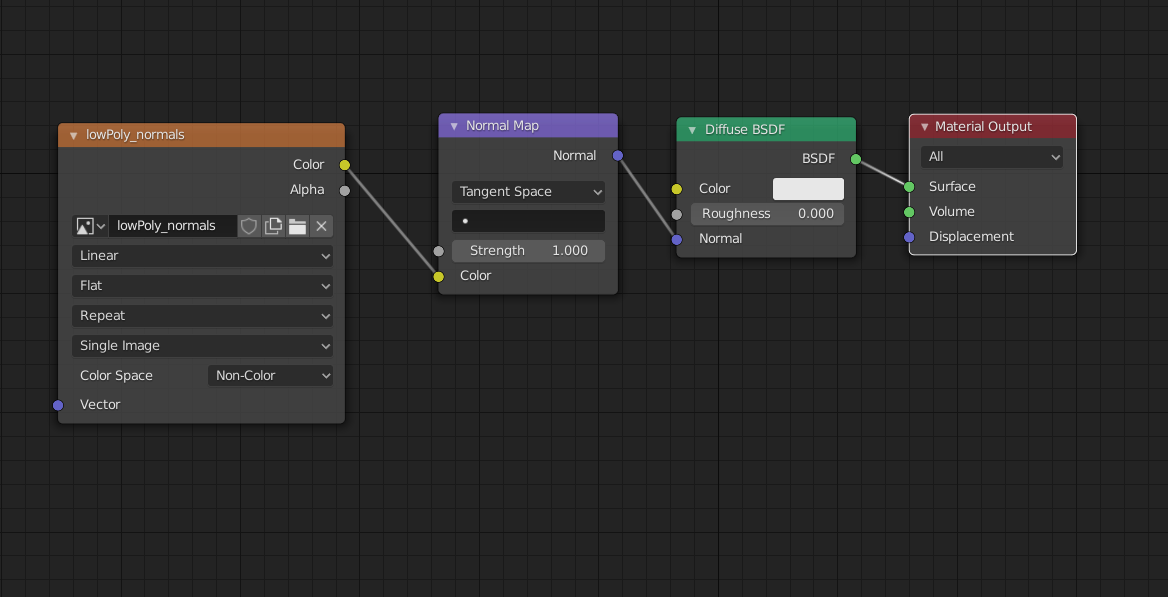 Here are the bake settings: 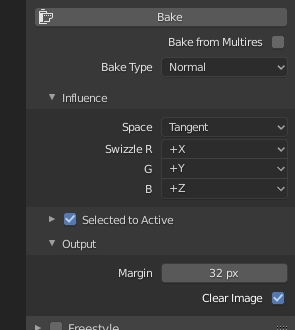 Here are the seams with the crease: 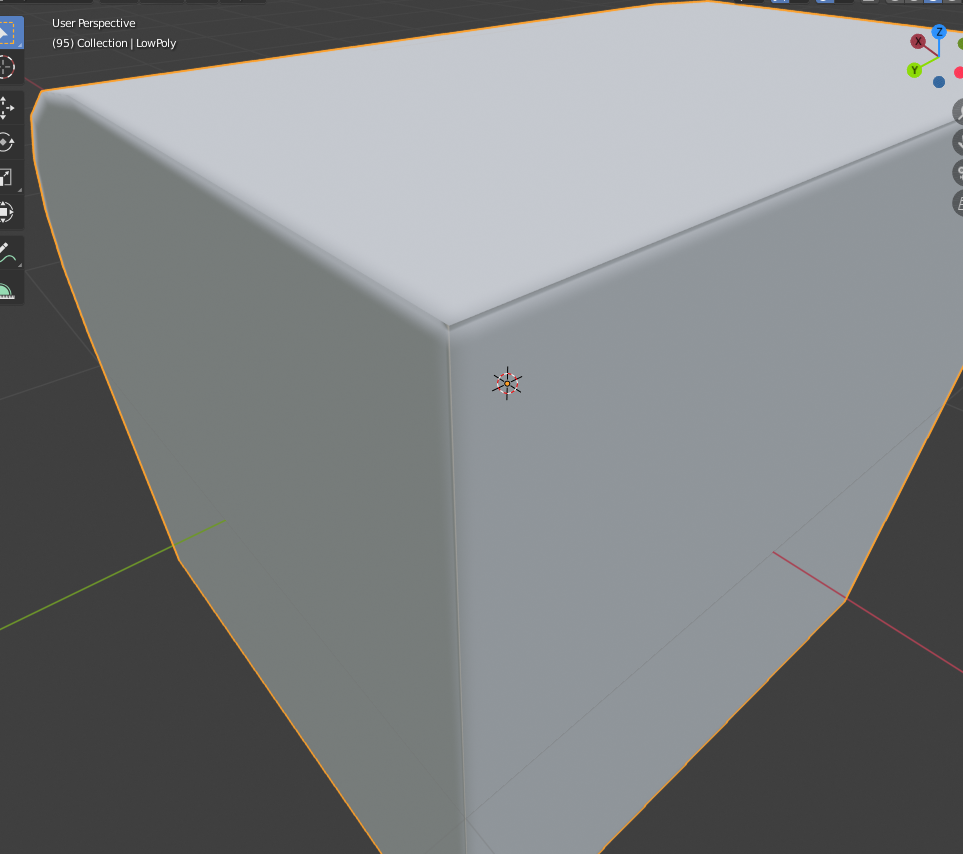 Here are the seams with the normal strength increased to see it better: 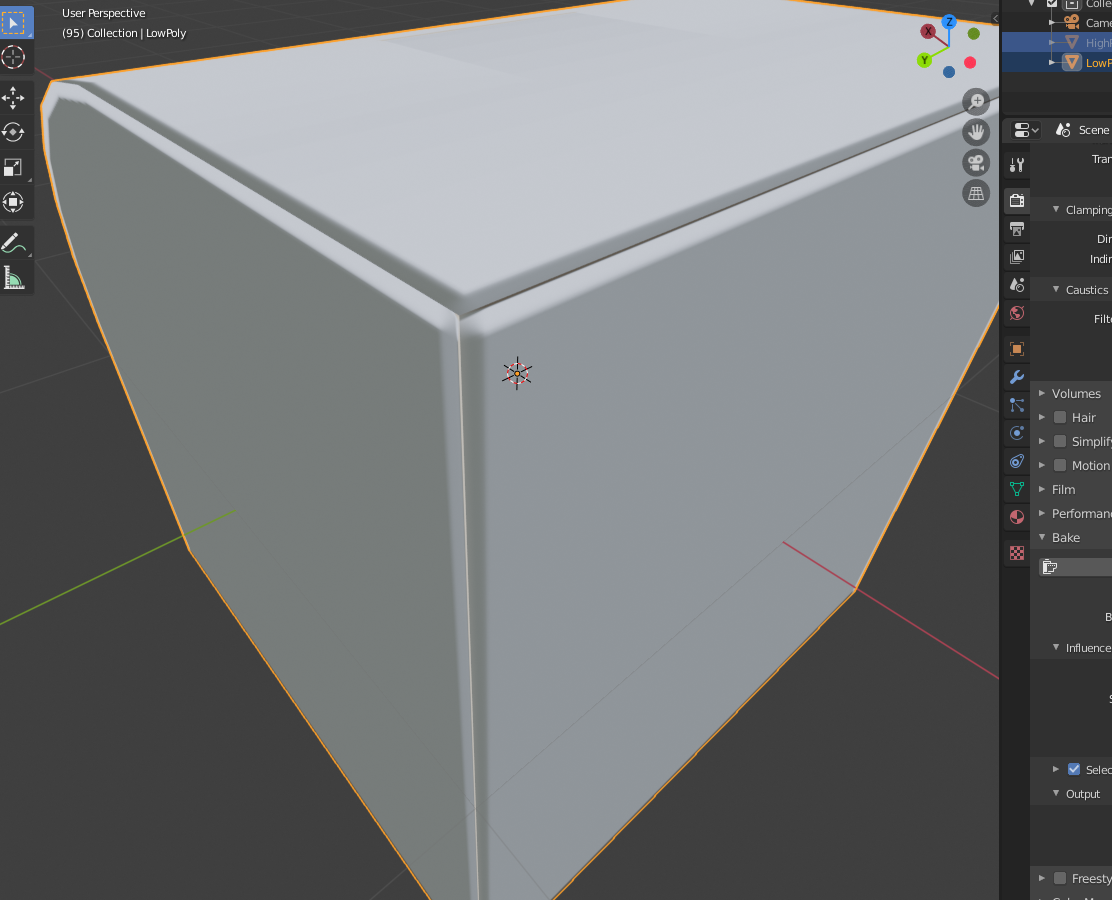 Here is the normal that is generated where you can see the crease that's being generated: 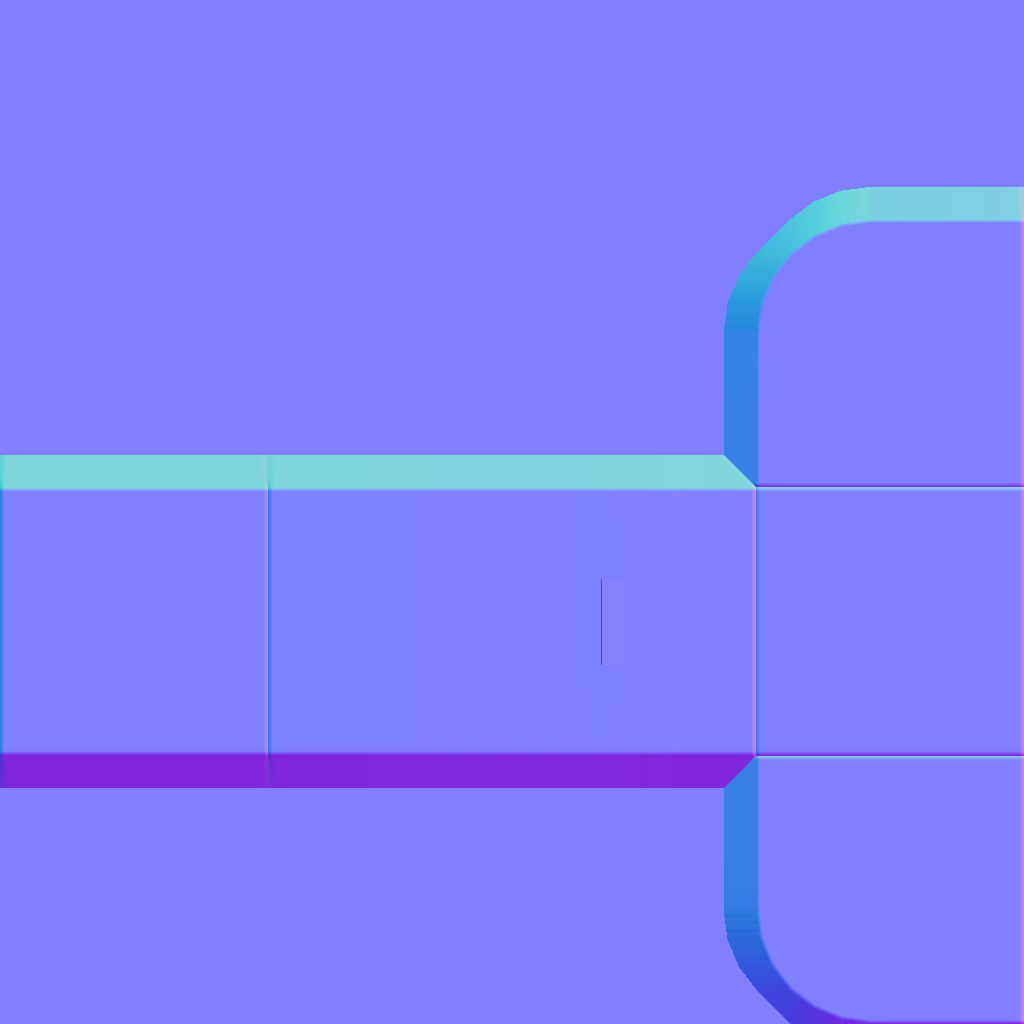 Browse other questions tagged normals baking normal-map or ask your own question.