What section of a sphere does the camera 'see'? Intersection of camera viewport and sphere

Scene: A sphere and a camera.

I have defined the problem as an intersection of and arbitrary number of camera vectors (red dots in the left panel of the screenshot) with the sphere. 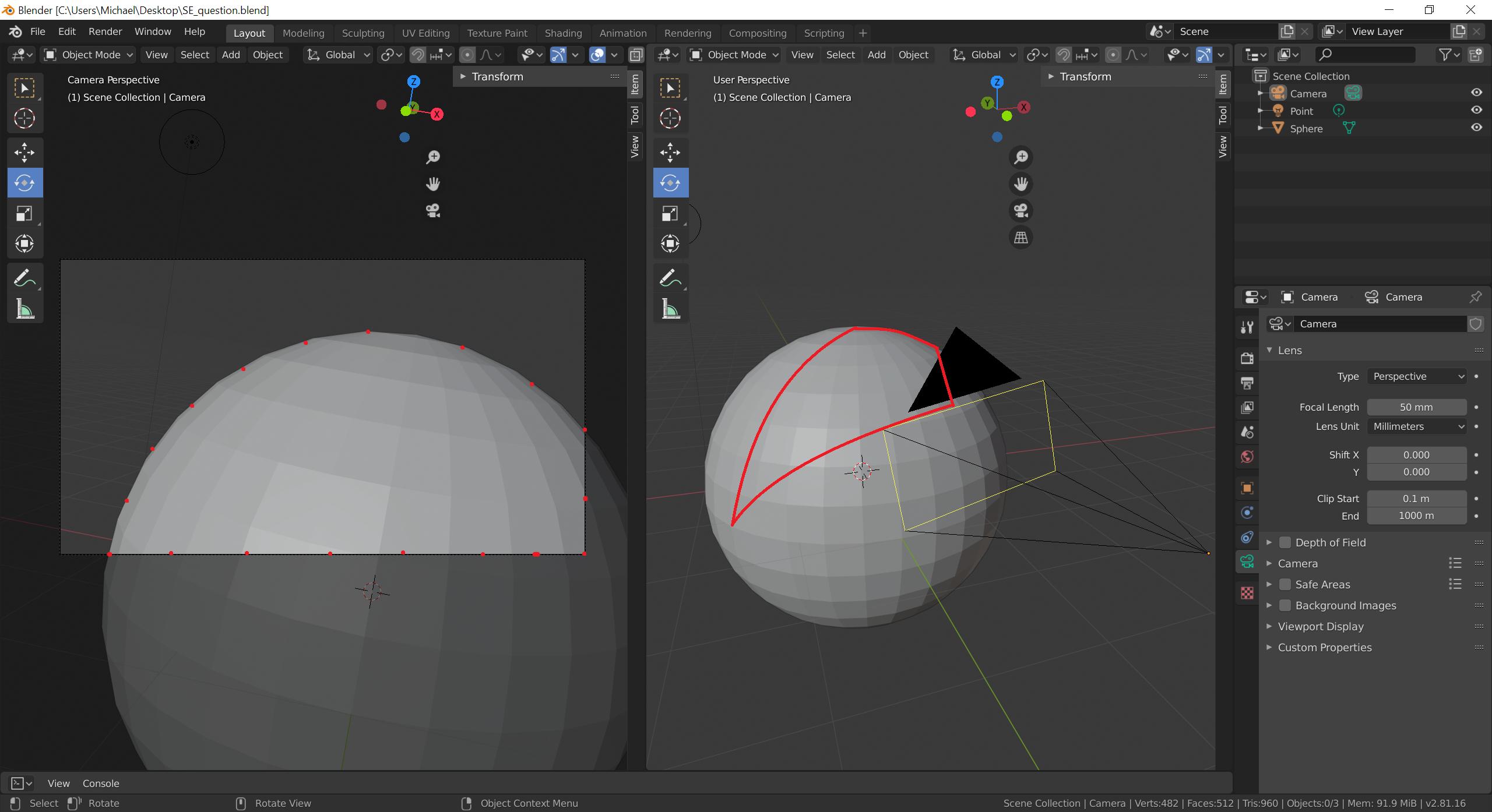 Question: How do I project those points onto the sphere? And how to deal with the horizon?

If I have a list of XYZ vectors that are on the sphere I can create a polygon (in polar coordinates) as illustrated in the right panel of the screenshot. That polygon can than be used to select the mentioned textures.

Any code, advice, or keywords of how to better title this question are much appreciated.

Update 29/01/2020: I found this tutorial that describes how to calculate the intersection between a sphere and a ray (I called it camera vector before). This is the code for blender to calculate one ray only, i.e. the center of the camera frame

result is a vector that describes the point on the sphere

Browse other questions tagged python 3d-view camera or ask your own question.

15
projecting onto a mirror and back?
8
How to find all objects in the Camera's view with Python?
5
Perspective Flatten Geometry by Shrinkwrap
1
Python: Bisect mesh into n parts, without separate 'LOOSE'

10
How to compute and visualize a Vector?
18
Pointing the camera in a particular direction programmatically
3
Why does Quaternion.rotation_difference() always return 12.666471 for x-rotation?
2
bpy ray_cast doesn't find intersection from camera position to object position
4
Plane rendering order depends on camera position/angle
2
How to calculate intersection between two planes
0
Python draw 2 vertices under specified angle EDIT!