Hooking a series of empties along a curve 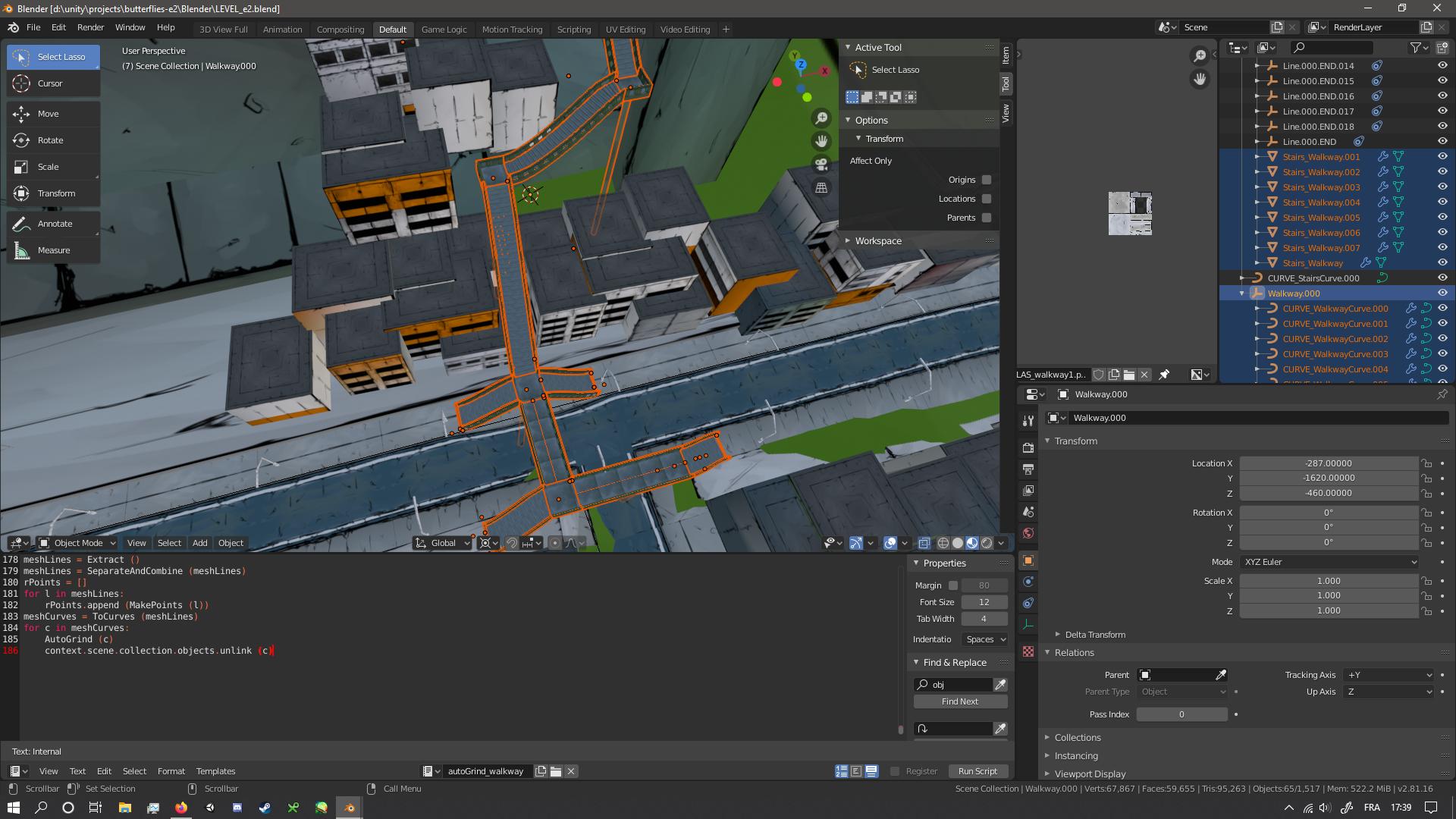 This is for a game where you can grind rails, and the rails function with waypoints which I generate from Blender empties. So far so good, I've already got a handful of scripts to automatically place them on curves and certain meshes.

Next though is those curved walkways, made up of multiple meshes and multiple curves. I've already figured out a way to combine each connected curve into one and then place my waypoints from there, but it's kind of inefficient and while technically non-destructive to the meshes and curves, it'll require me to delete and re-generate my grinds every time I move the walkways. What's more, the trick relies on superimposing edge-only meshes onto my walkway meshes, which makes tilt unpredictable.

What I'm looking for is a way to automatically place empties in such a way that they'll follow the curves. I don't necessarily mean an arbitrary number, so long as I can get it to roughly correspond to my rails.

edit: A visual example from another model: 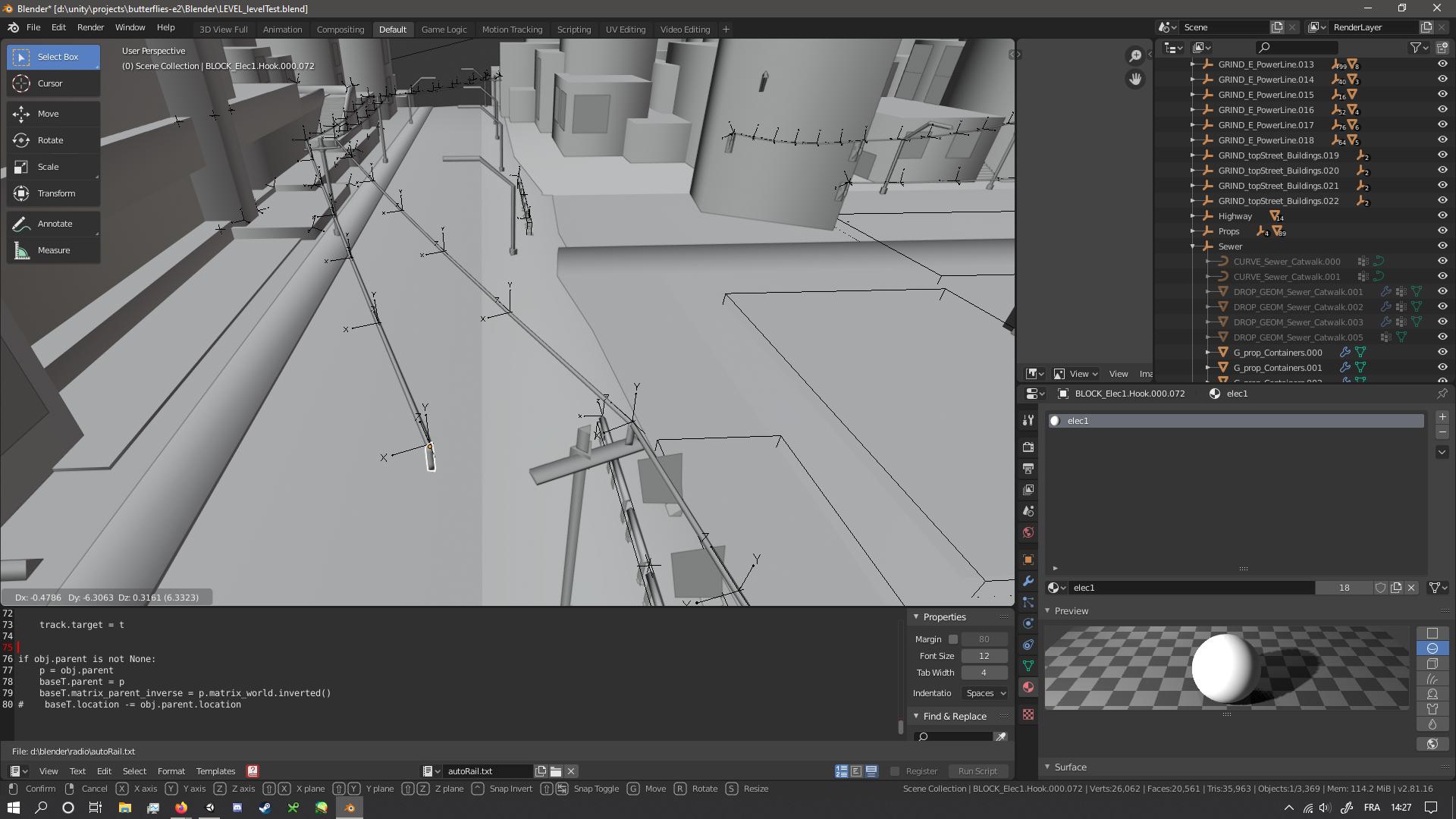 The grind waypoints move with the model, copying the location of empties parented to the model's vertices. This allows them to be parented to a separate object and each to automatically face the next via Damped Track. What I'm looking to do with curves is either this or, even more ideally, directly influencing their positions via curve.

There is a workaround to emulate dupliframe.

Add a plane. In edit mode scale it way down.

Add an "Array" modifier to the plane, set the length to 'fit curve' and select the curve. Deselect "Relative offset" and select "Constant offset", set the value to the spacing you want between each empty.

Add a curve modifier and set it to the curve. 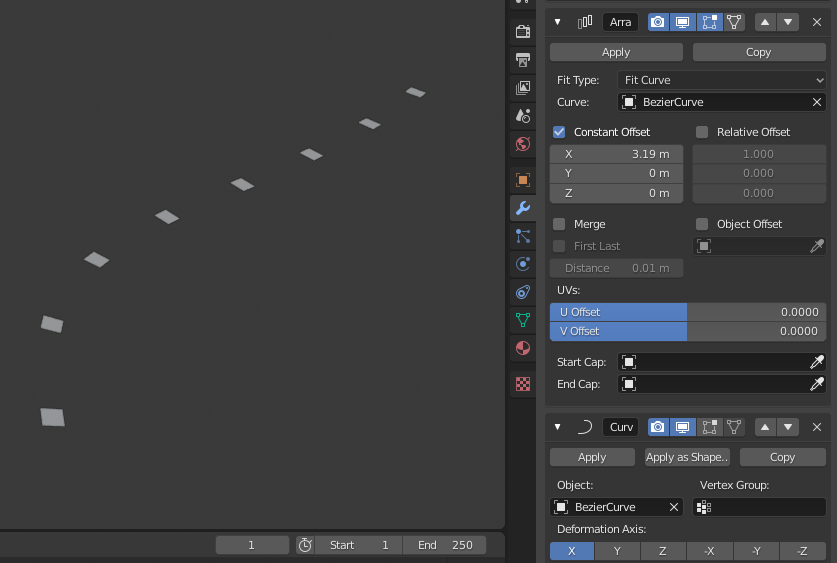 Create an empty object. In object mode, select it then select the arrayed plane (not the curve). Go to Object > Parent (or press CTRL + P) and select "Object".

Select the arrayed plane and go to object info > Instancing and select "Faces". Uncheck "Render instancer" so that the plane doesn't get rendered. (Useless in your case since you are only interested in exporting it) 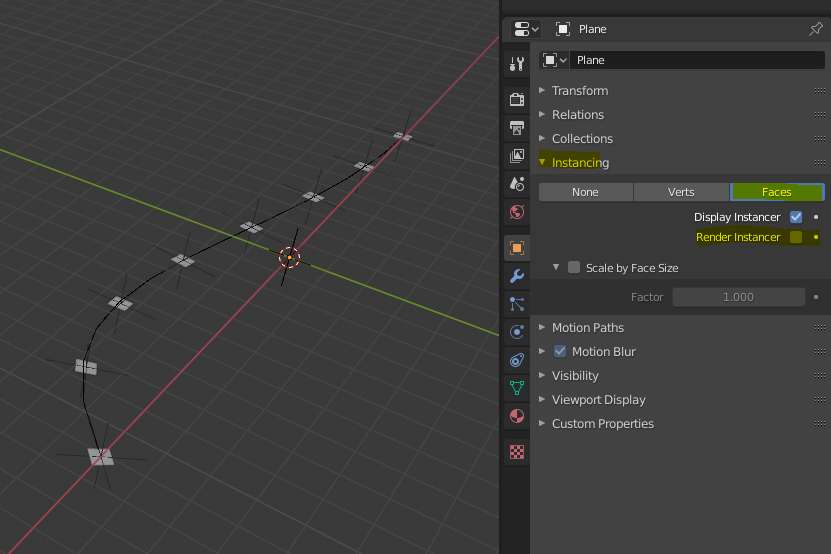 Now when you export your file, for example in fbx, it will contain the individual empties. Just delete the "plane" object to get rid of it. No need to apply the modifiers.

If you want for example your empties to be 2 meters above the curve, just move the original empty 2 meters along the z axis in object mode.

1
how to distribute objects in a constraint offset integer value?
1
How can i add more duplicates to a curve?