I have a lighting problem with Eevee, this is the rendering without baking indirect lights and reflections: 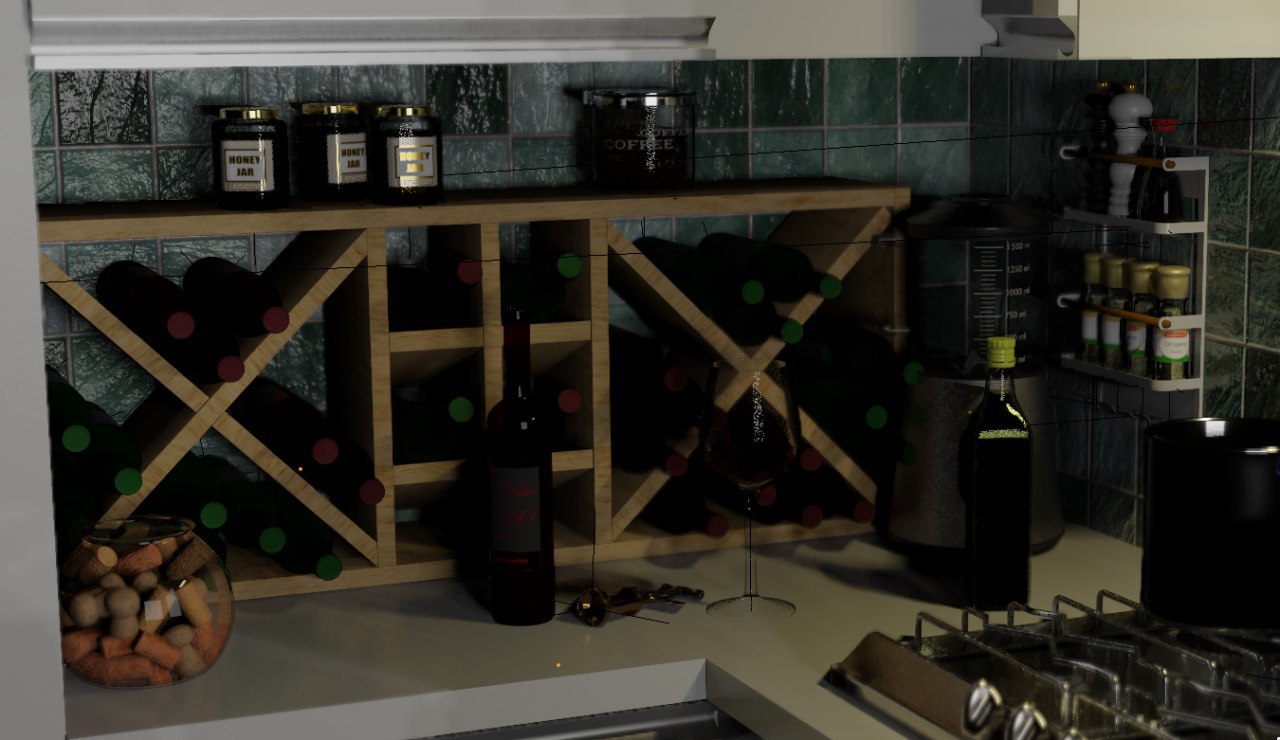 nothing strange here. But if I bake lights it render like this: 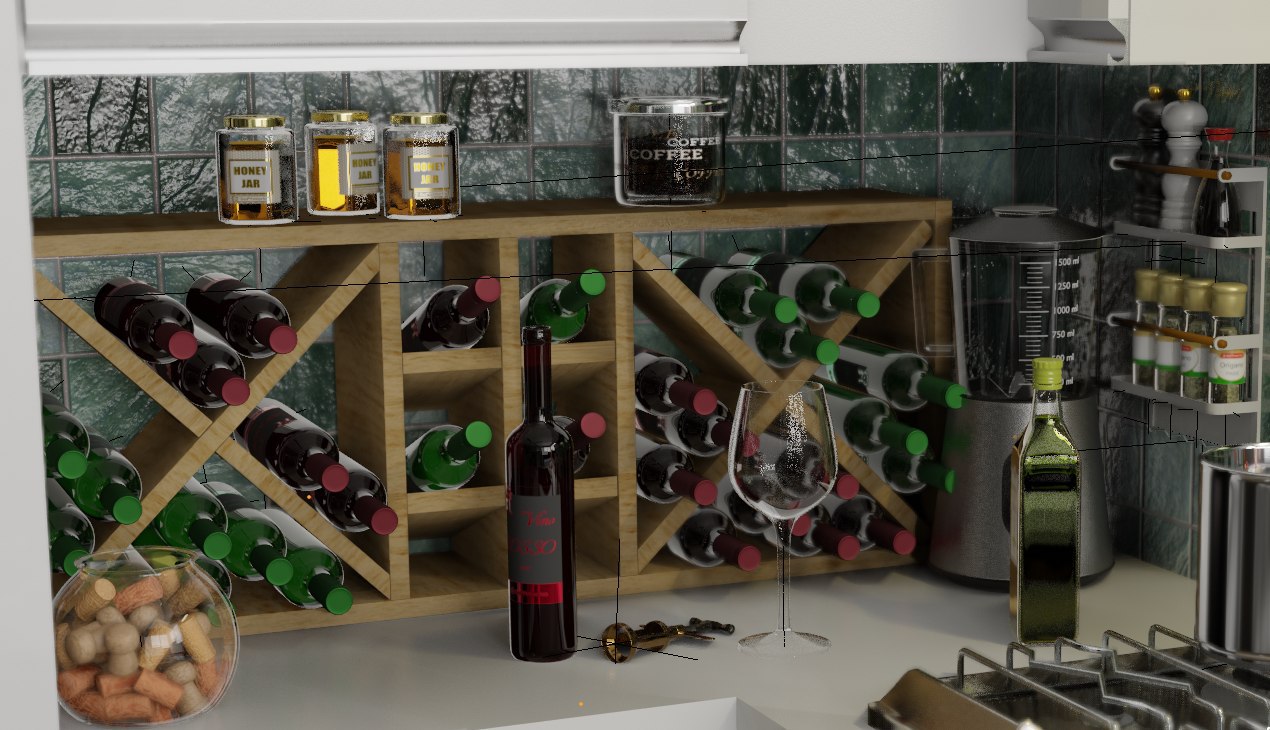 as you can see there is something strange about reflections on the bottles and the small jar... In the scene there is not an HDR map, only some area lights behind the camera, so I don't expect such reflections on the glass. it seems like it does not take into account the shadow generated by the wine cellar. I have used ony one big reflection cubemap and light probe around the room. Experiments with other light probes showed no relevant effects. I have not tried to use a small reflection cubemap for each object because of memory occupation.

I've already asked elsewhere but the only suggestion is to tweak the glass shader only on the affected objects. If possible I would prefer not to modify it because the camera will be animated and the same shader is present elsewhere in the scene and has not shown the same problems.

I managed to get the same issue (almost same setup as renders above) on a small test file (see attached).

Ok, I've run some test on the sample file and this is the final result... I don't know if it can be of any help but I understand that I'm not the only one who is going crazy with Eevee these days...

So, the render above derive from a rather heavy and complex scene, so it is obvious to think that the problem can nestle among countless factors, so to start excluding as many elements as possible I recreated the same scene in a super simplified version (see attached file above).

In the test file there are no textures, there is no HDR map, the background is set to black with strength 0, there are only some rather trivial shaders and 2 types of "glass" taken from the complete scene. The only light sources are 2 area lights.

At this point, if I start a rendering without baking lights and reflections, I get the following image: 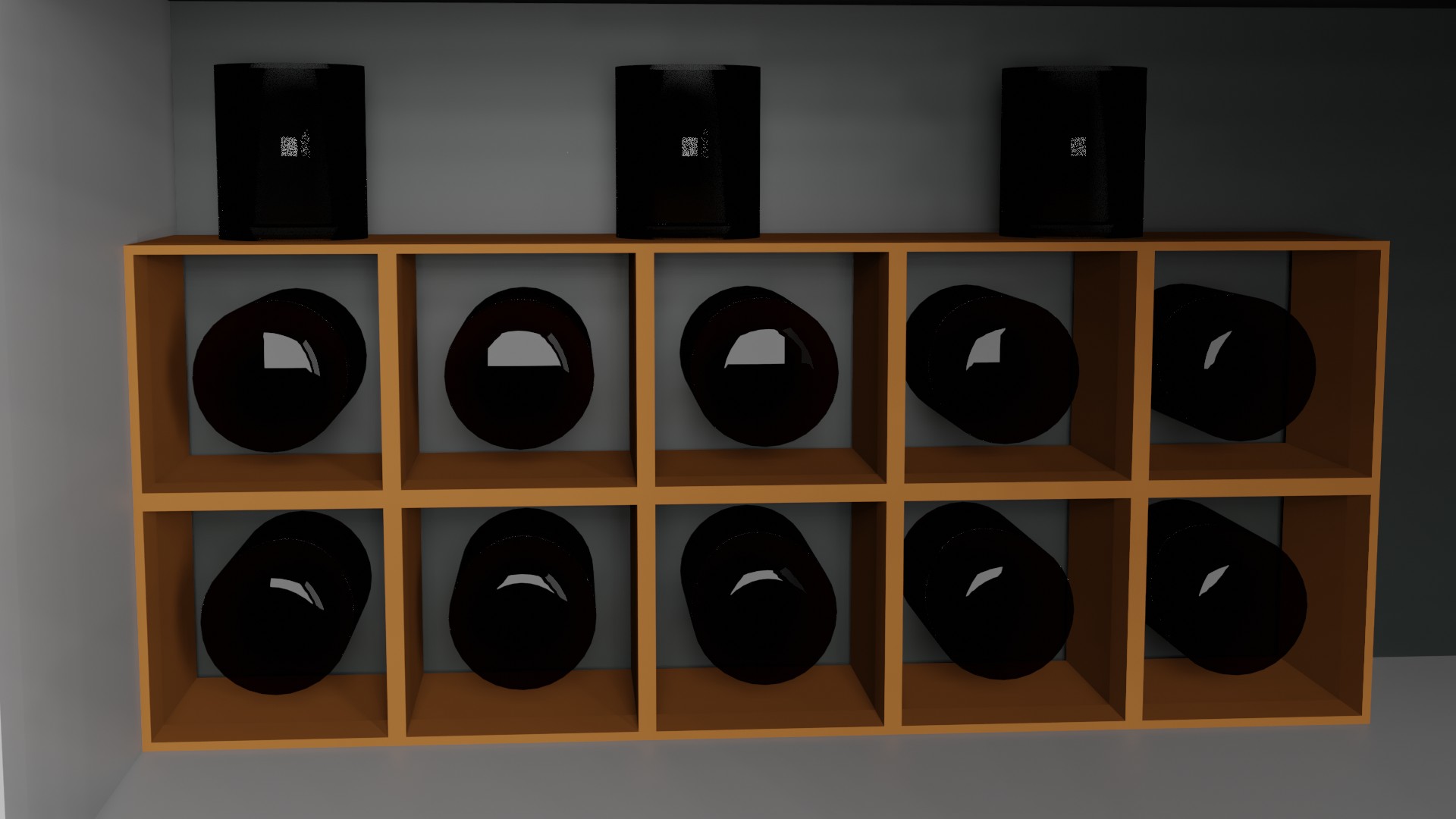 If I insert a "light probe> irradiance volume" into the scene, bake and get the following image: 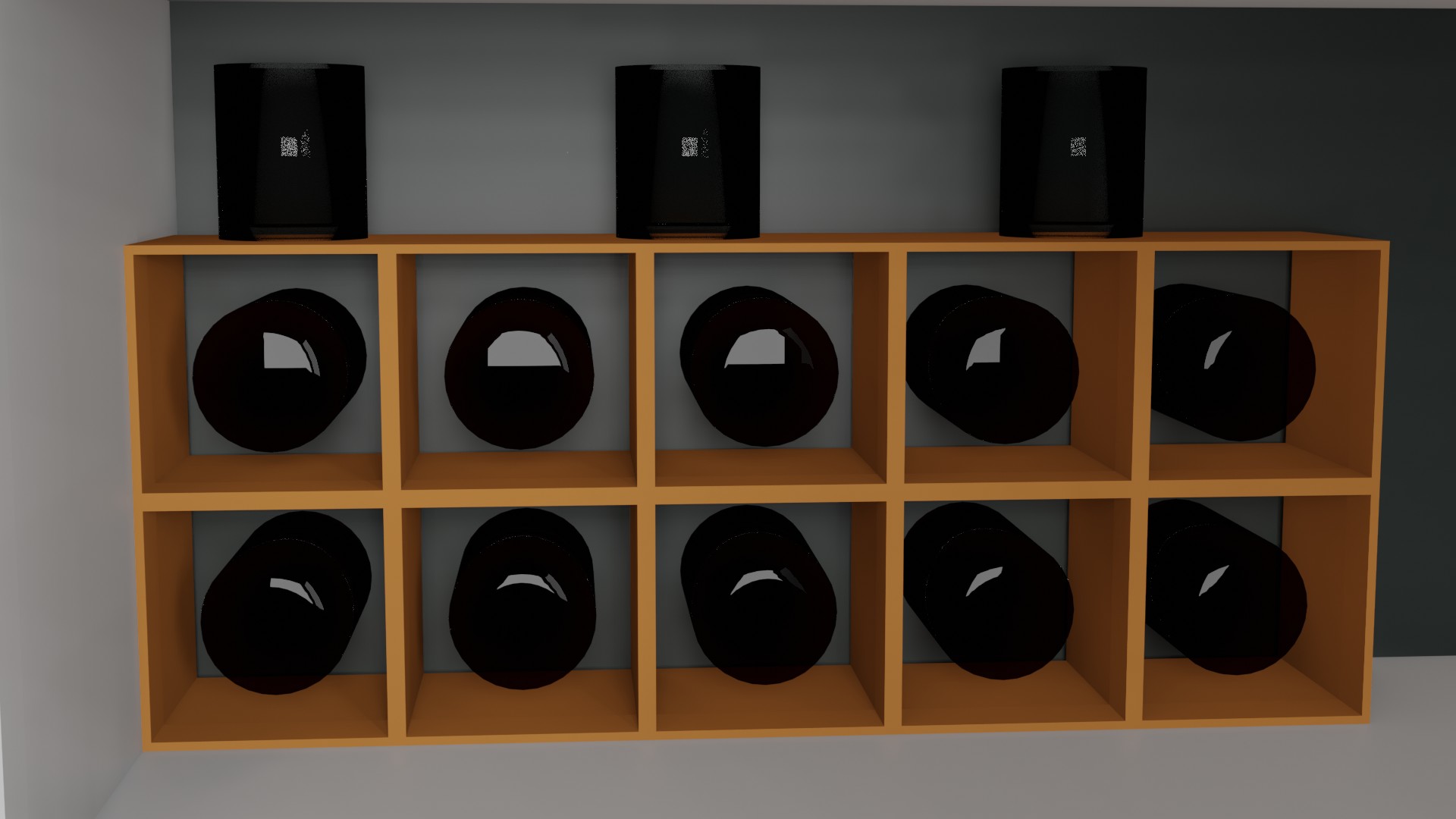 and you can see there is no difference. Now I insert a reflection cubemap that incorporates the whole scene (as in the render of my project) I redo the bake and I get the following image: 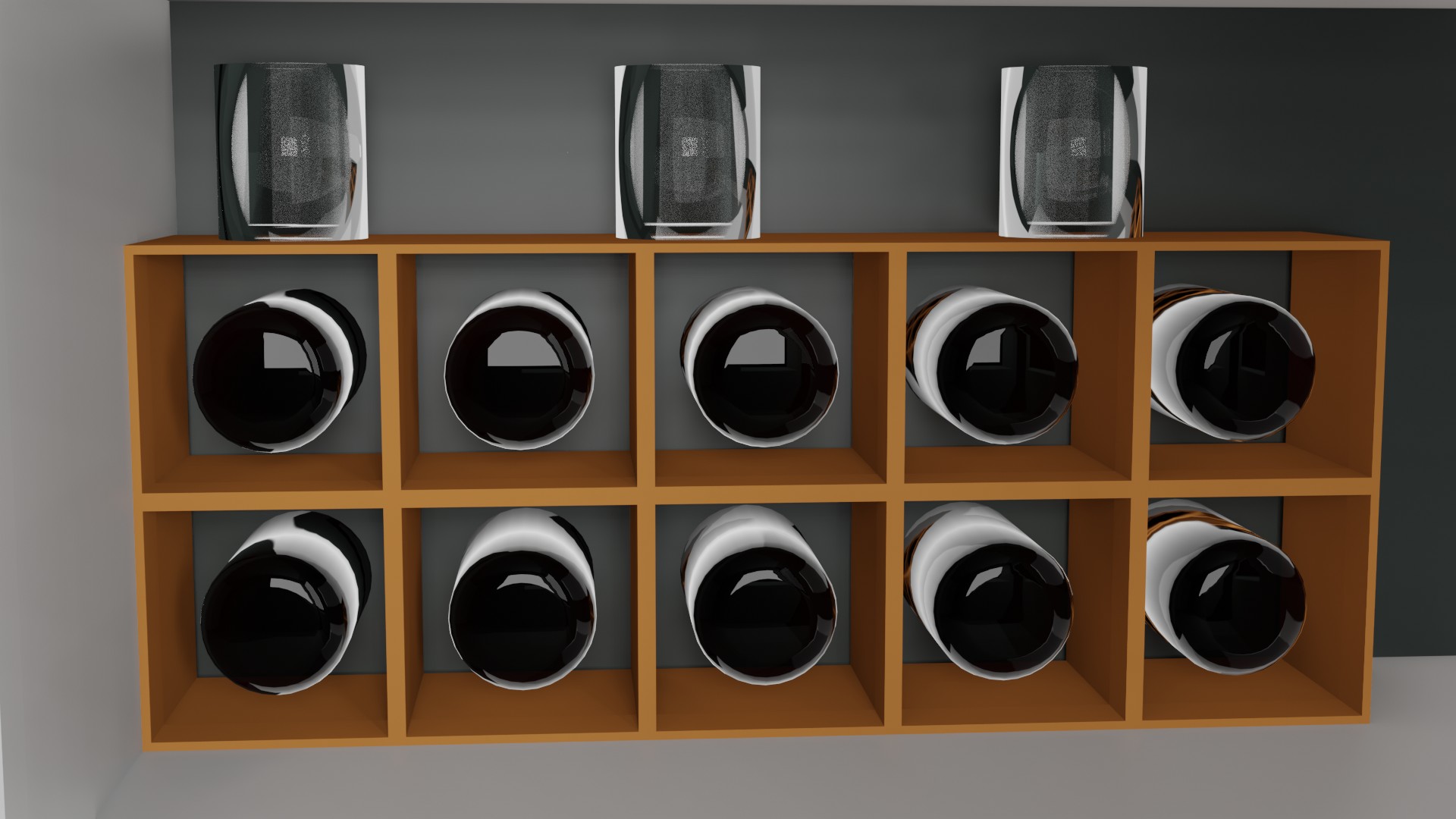 And so I recreated the exact same situation I had in the project, with the same problem of too showy and unnatural reflections. Apparently due to reflection cubemap. Then I remove the global cubemap and insert tight cubemaps around the individual glass objects, redo the bake and get: 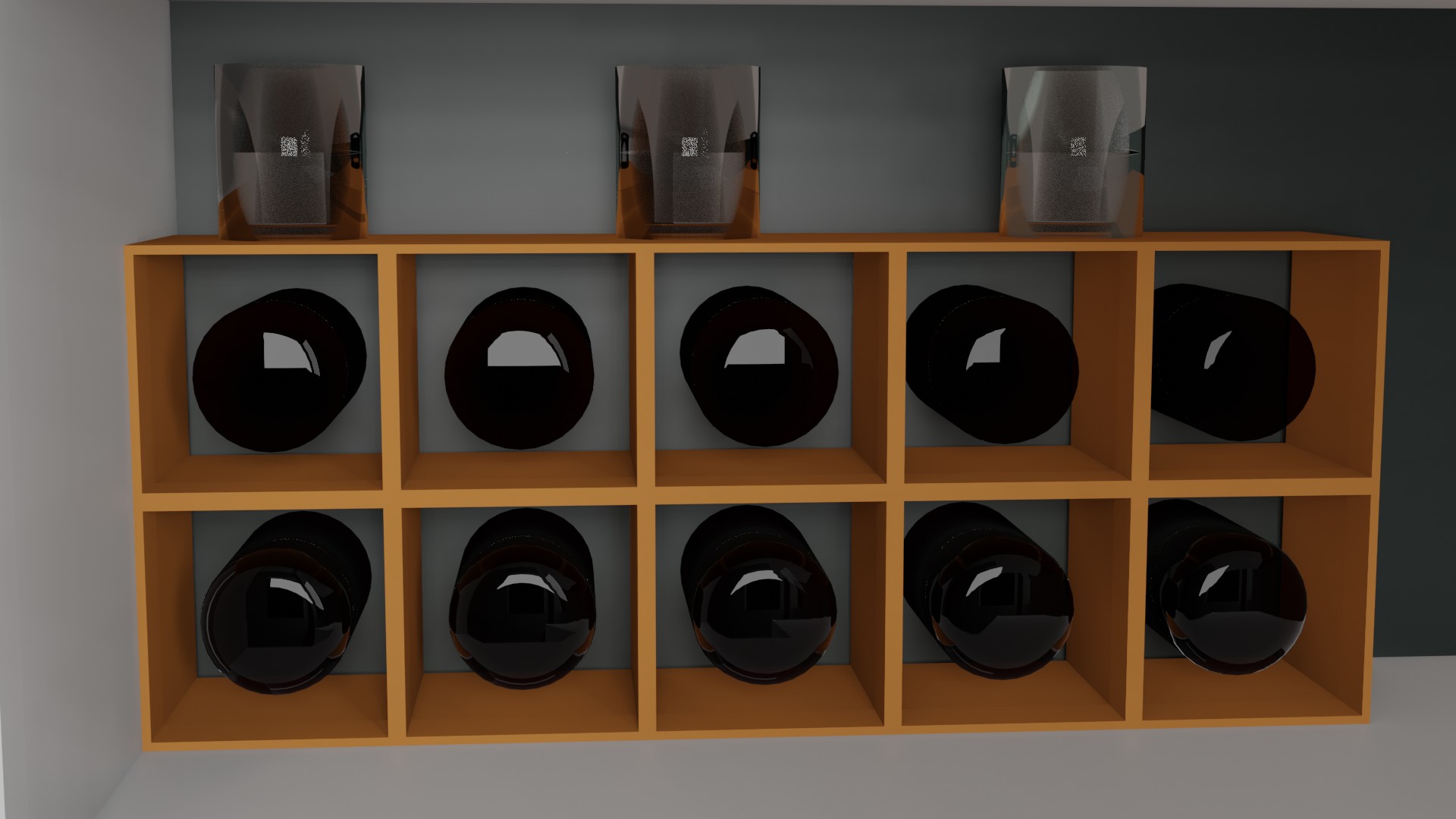 In this last image the cubemaps are only on the 3 objects of the upper row and on those of the lower row, while there is no cubemap for the central row. I don't know how much you can see from the image but in this case the reflections seem correct, in fact on the cylinders of the lower row you see the structure that contains them reflected while on the intermediate row you don't. And the reflections are consistent with the scene. As a last test I tried to nest the cubemaps, that is I put the cubemap around the whole scene but I also kept the individual cubemaps. By bake and rendering I get: 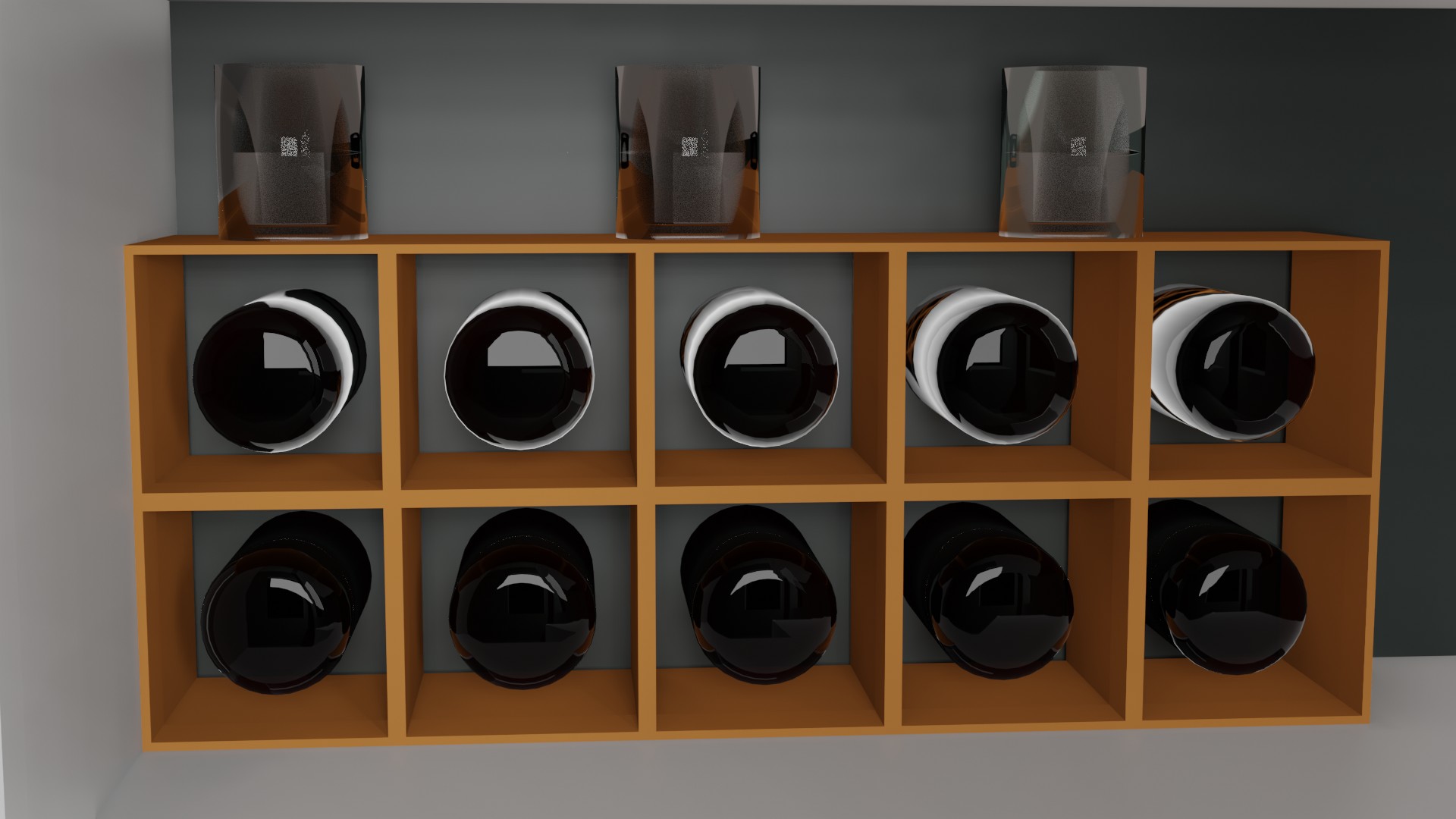 Apparently, therefore, the smallest and inner cubemaps "overwrite" the information of the larger one that encompasses them and as you can see from this last image only objects that do not have their own cubemap seem to be influenced by the global cubemap.

All this leads me to the following considerations (in response to my own questions):

I hope I have been exhaustive and that this information will be useful to anyone who is striving to achieve maximum realism with Eevee!

Browse other questions tagged eevee-render-engine reflection lightprobe or ask your own question.

4
I want to use the light probe as a fisheye or spherical camera in Eevee. How can I directly access image data produced by the lightprobe?
0
Configuring eevee glass reflections
0
Emissive material not visible through glass on Eevee?