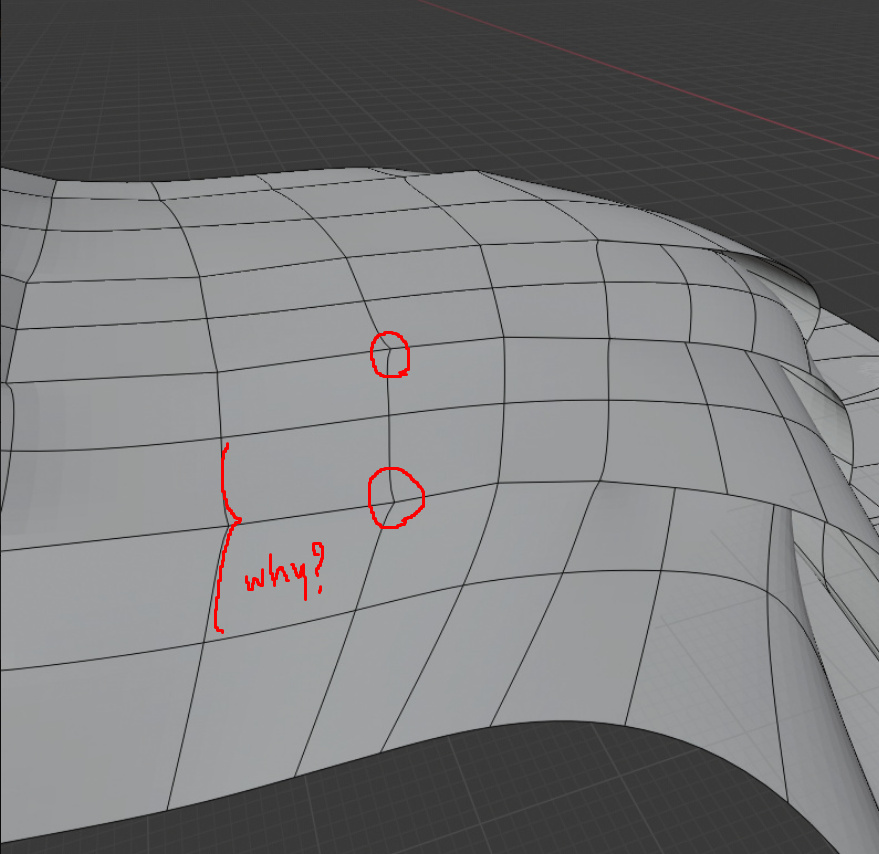 the spots that this happened is where two verts of the surfaces were merged together.

It looks to me like you're merging vertices from two "sheets" of the surface -- the sheets separate as you move to the right. It also looks like you have a Subsurf modifier on, right? Then here's my thought: Each of the vertices you merged had four edges attached. When you merged them, the merged vertex had somewhere between five and eight edges (depending on whether you also merged some of the adjoining edges; since the surfaces are still separating on the right, you probably didn't merge all of them). But Subsurf works well on quads and four-edge vertices; it gets confused on n-gons and poles (vertices with more or fewer than four edges), often causing "pinching" effects.

You won't be able to fix it entirely, but adding edge loops near the poles can make the pinching effect smaller.

12
Curved mesh topology
2
How to achieve clean Topology at joining edge of dissimilar features?
1
Curved mesh topology 2
1
Why am I getting different shading on different faces when I merge the vertices?
2
Merging 2 face loops into 1 - Topology
1
Prevent overlaping loop cuts from merging
2
How to do support loops to combine smooth, curved surface with hard edge