I tried importing UE4's marketplace skeleton template into blender. But the bones import with incorrect rotation and size as shown bellow. 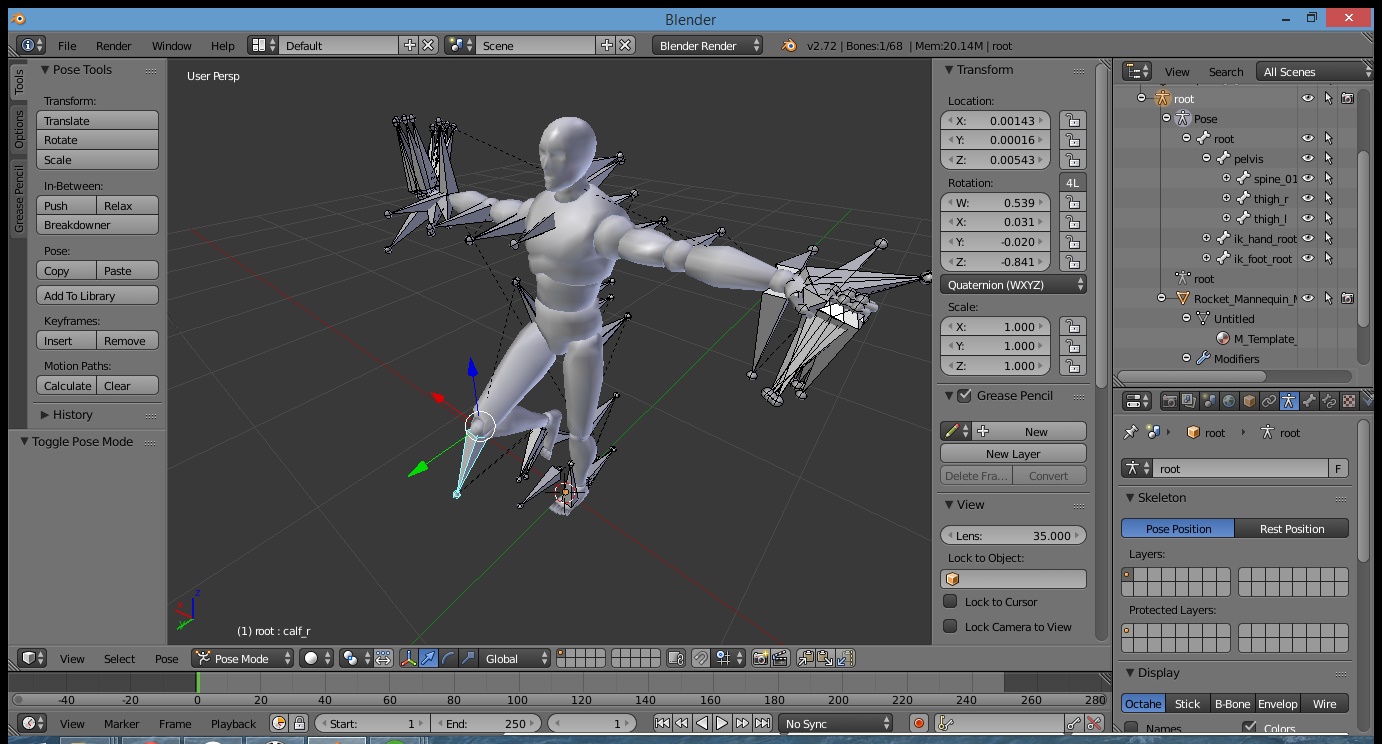 The weights seem to be working, I can pose the character. But the IK constraints doesn't seem to work. I thought of manually rotating them all myself, but according to UE4's marketplace submission guidelines, that would break compatibility. How could I fix this?

Enable all these options while you import:

Not the answer you're looking for? Browse other questions tagged armature import or ask your own question.