I'm new in blender but not in 3D modeling. I've just install Blender, watch some tutorials...and of course, when I try to modeling my first 3d model, I stuck in with solidify.

I try to modeling my office which has a little bit strange geometry but I can't get strait lines, normal to the surface:

this is how it looks before I applied solidify 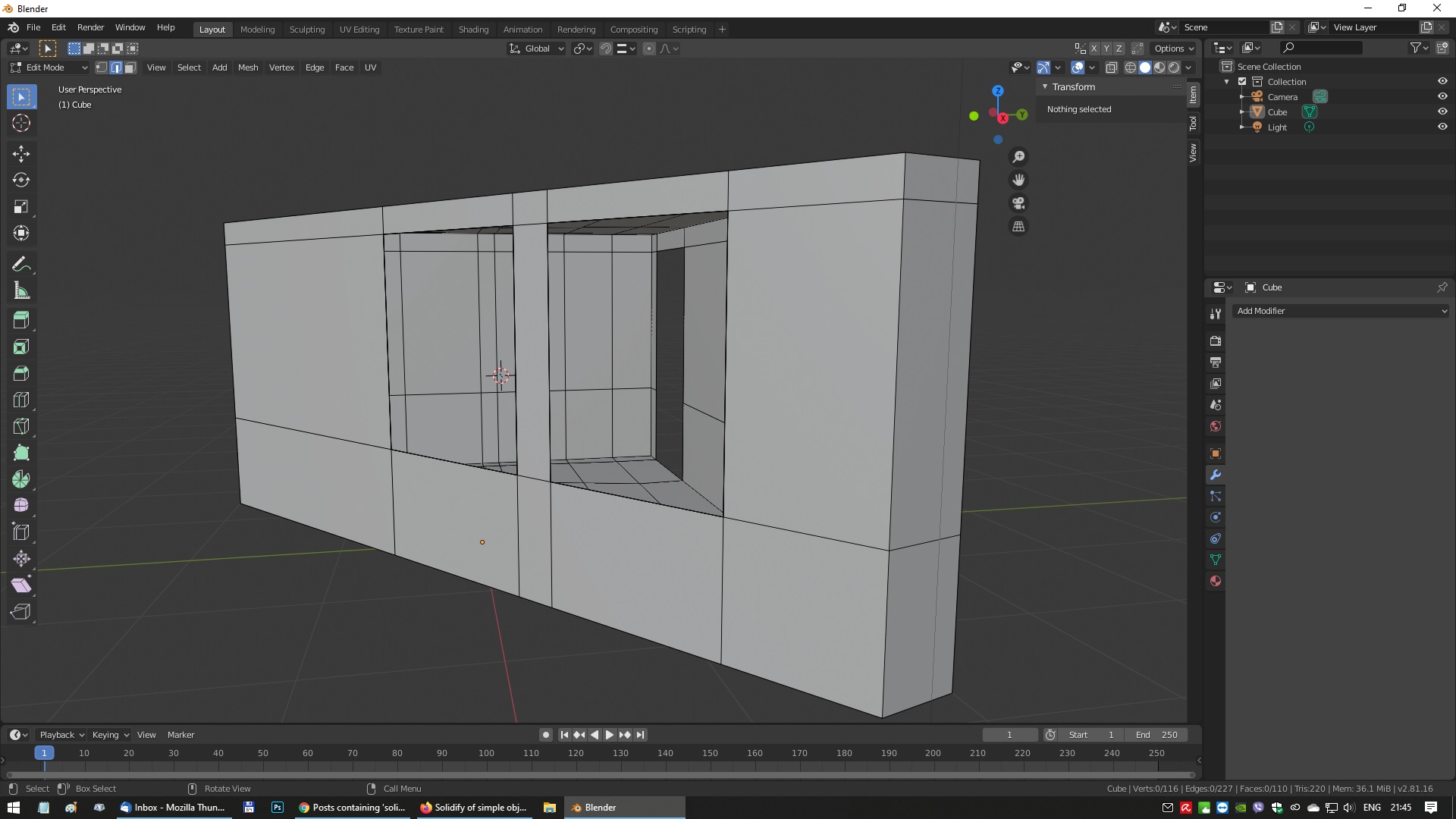 ...and after (I try all options Solidify has in properties) 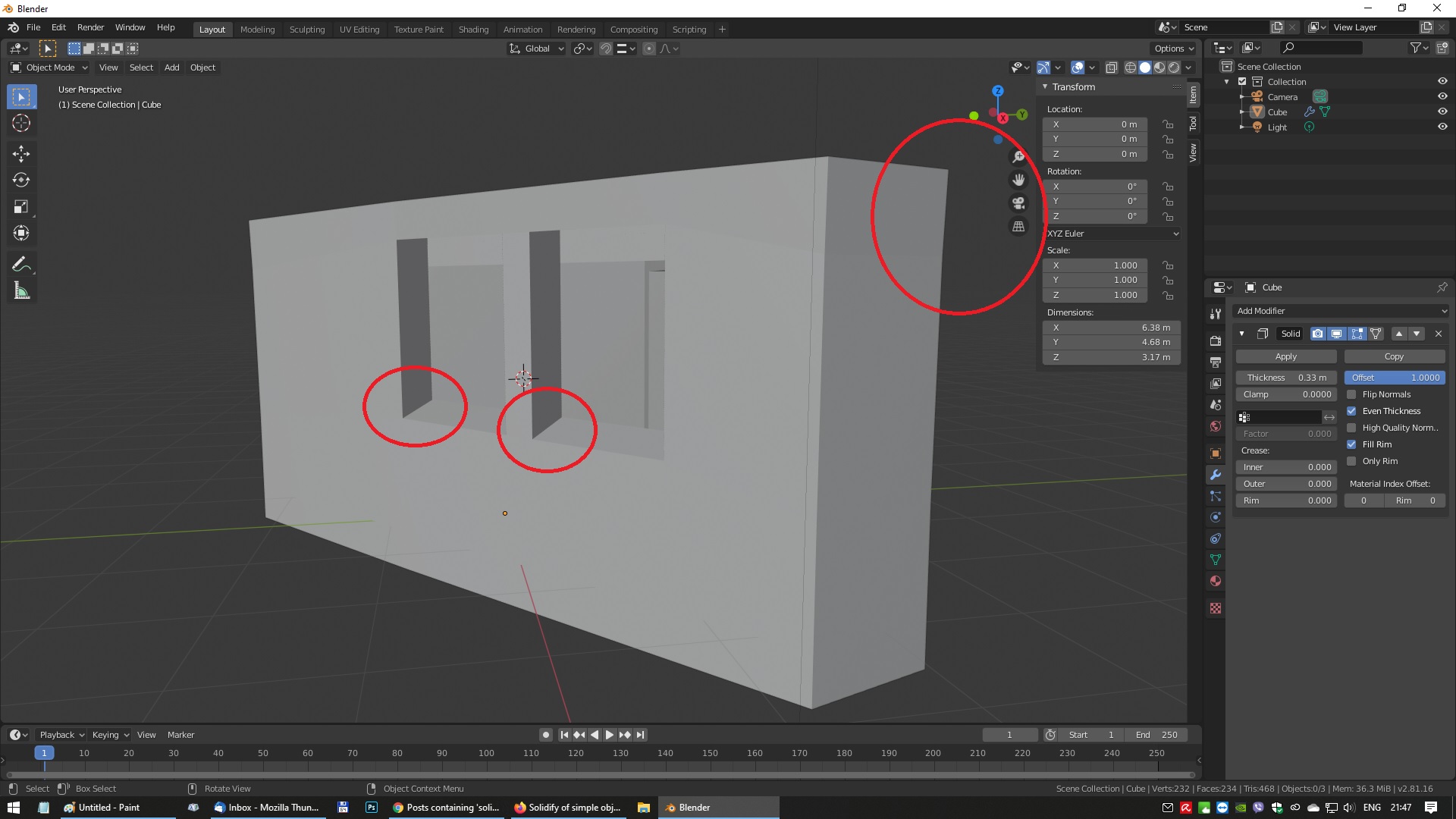 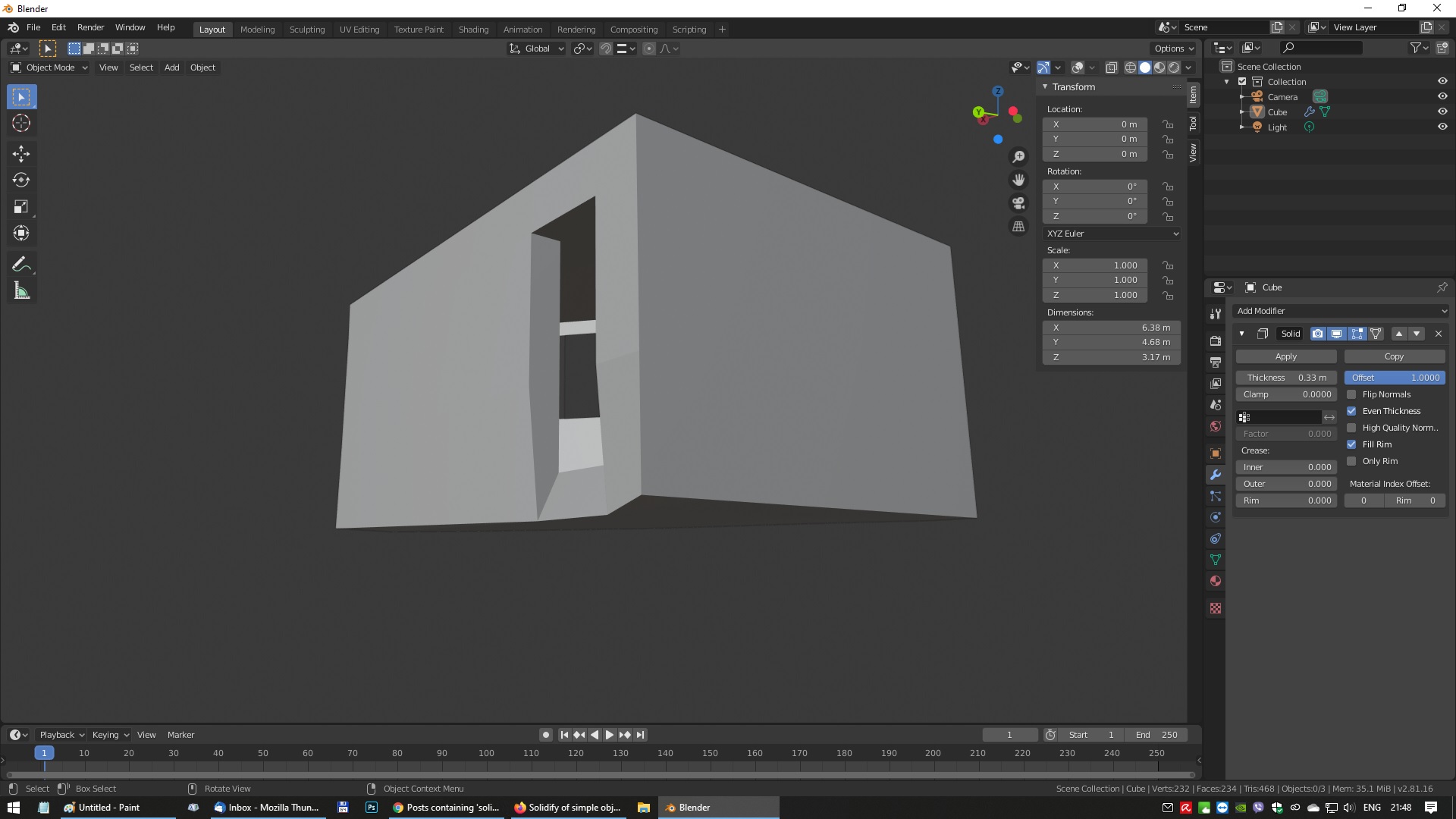 Part of your problem is that you have some extra overlapping vertices in there that are confusing the modifier. You have planes that only have two dimensions, to you can't really calculate a surface normal for them. 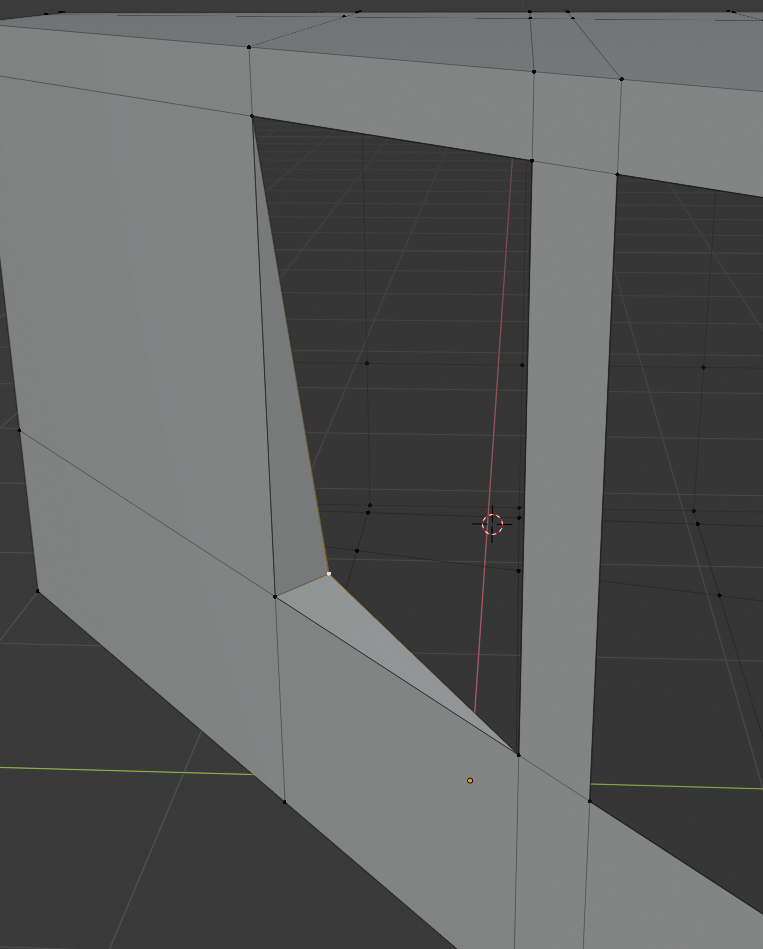 You can clear these out by selecting everything A, then hitting Alt + M > B or select By Distance to merge doubles.

Some of your other problems are the result of your initial geometry. Take a look at the corner to the right of the door. You're putting 0.33 on your solidify modifier, but the wall is only 0.211 there, so that's why you're getting that awkward protrusion. The same thing happens where the two walls come together at a fairly acute angle. The solidify is thick enough that it's pushing the created walls into each other. 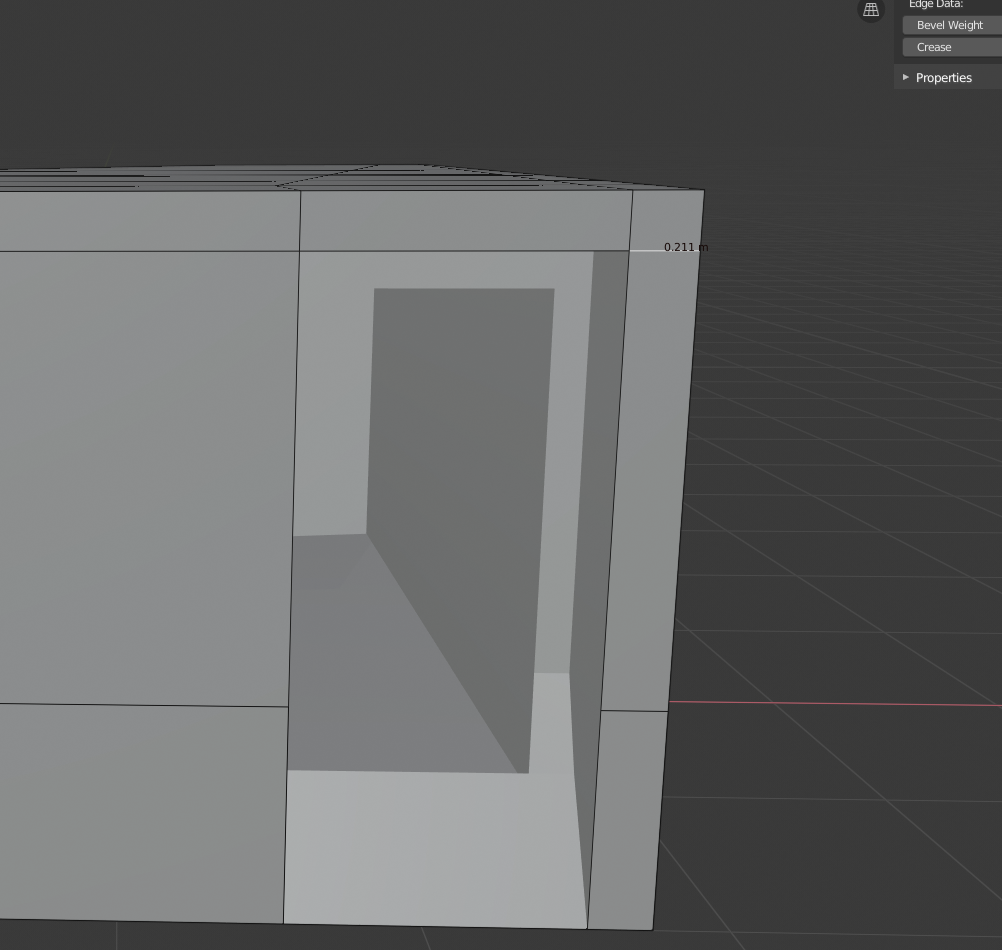 Finally, I suspect you're going to have to do some manual clean up work around the door. The geometry that you likely want can't be created just by a solidify modifier. A lot of the problems you're running into have to do from this being one continuous mesh. I would strongly suggest modelling the walls, ceiling, and flood as separate meshes, if not separate objects entirely.

The other possibility would be to do it in stages, using the Shrink/Fatten tool Alt + S. Select all the walls, Extrude them, and then fatten them out. Then do the floors and ceilings separately.

5
Why do meshes disappear "behind" an Empty image?
4
How to mirror an object along with its local transform orientation?
0
How to make water tight surface for 3D printing
1
Boolean Modifier difference operation not working
2
How can I manually fix nonplanar geometry?
0
New in Blender (coming from Modo)
1
Subdivision Surface modifier deforms mesh on 2.80
2
Shading Issues with the Array Modifier
0
Blender Scale and Unit problem, how to fix?