How to create an enamelled cast iron shader in Blender?

I am trying to create a round cocotte as in the image below. 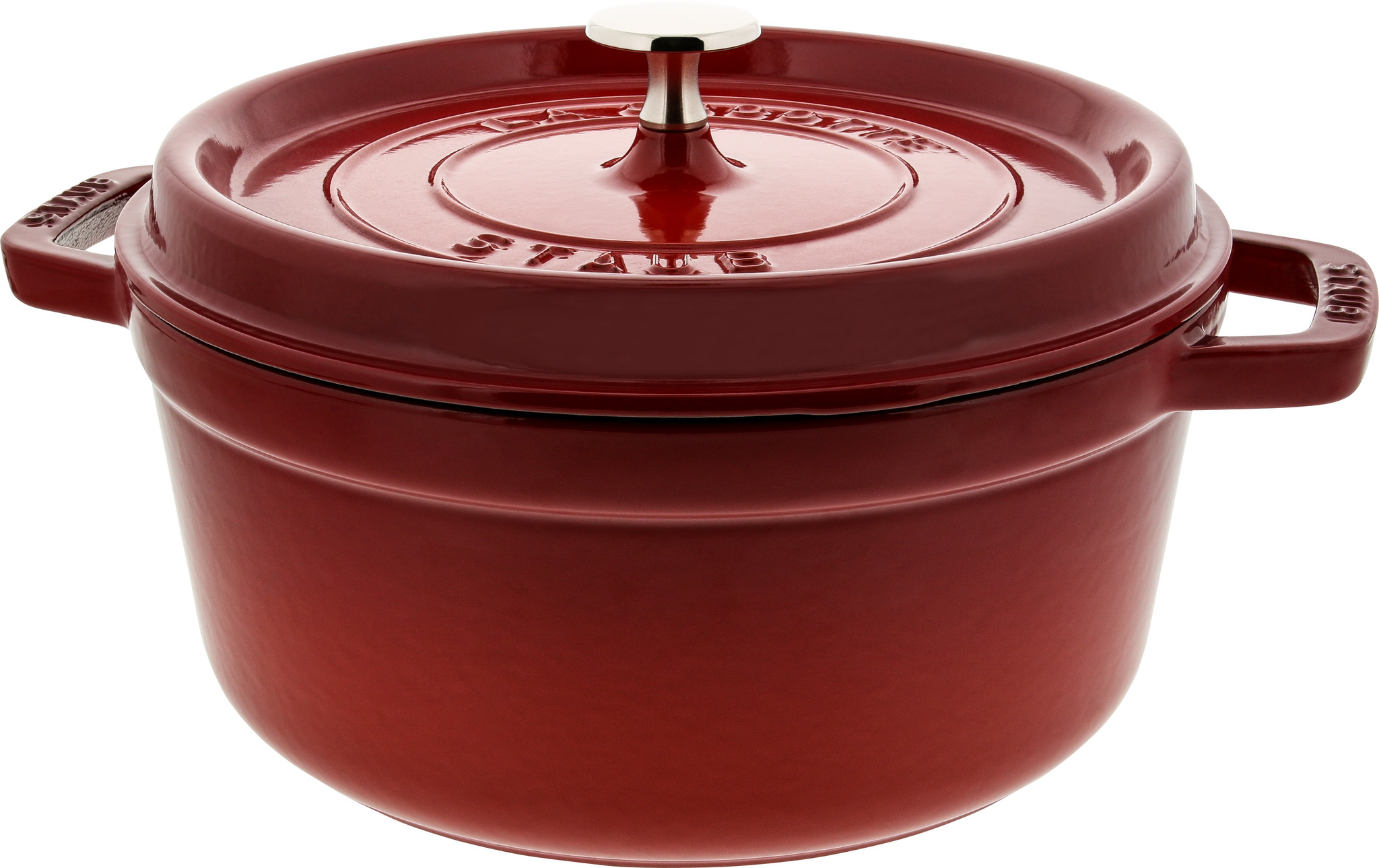 Traditional enamelling in simple terms is the fusing of tiny glass particles with heat to form a solid layer of colour onto a metal background. It can be matt, shiny, opaque or translucent, and comes in a wide selection of colours and finishes.

I have now a very first model and I am in the process of recreating this enamelled cast iron in blender. I first want to know if this works before I continue. 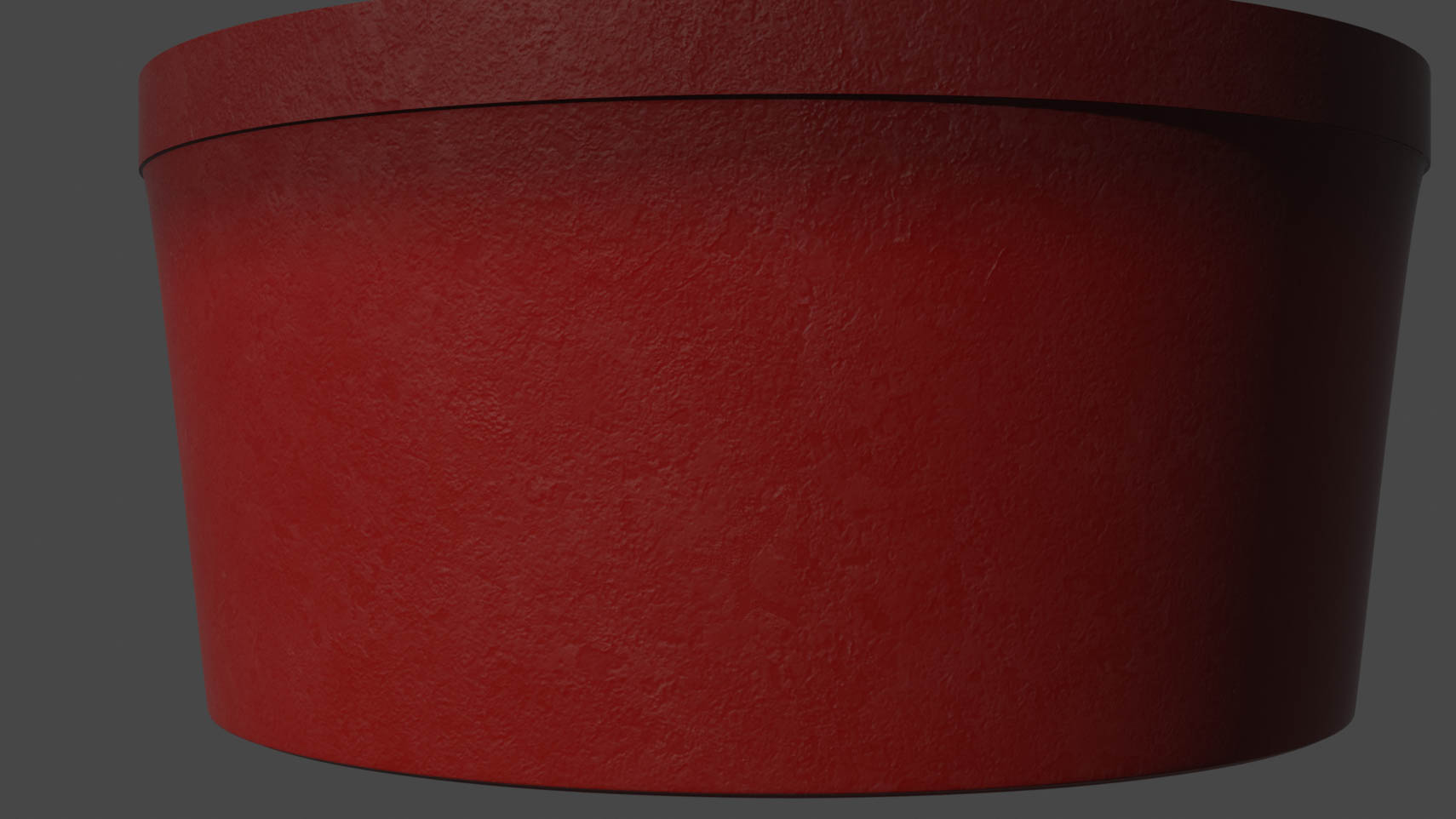 As you can see the red colored surface has the same surface structure/roughnes as the cast iron. But that is not what you can see at the image of the real cocotte. That is because the melted glass is a sort of coating on the cast iron. This coating has sort of a smooth, wavy surface.

How to give this red enamelled glass coating the smooth, wavy surface ? I don't think I can do that with changing the roughness of the cast iron. I now think I shouldn't use the cast iron textures. Because the color will always get the surface of the cast iron and that is not what I want.

I think I should create a material that gives that lumpy, wavy surface as you can see in the image of the original cocotte. How to create such a surface ? A sort of wavy, gloopy surface.... 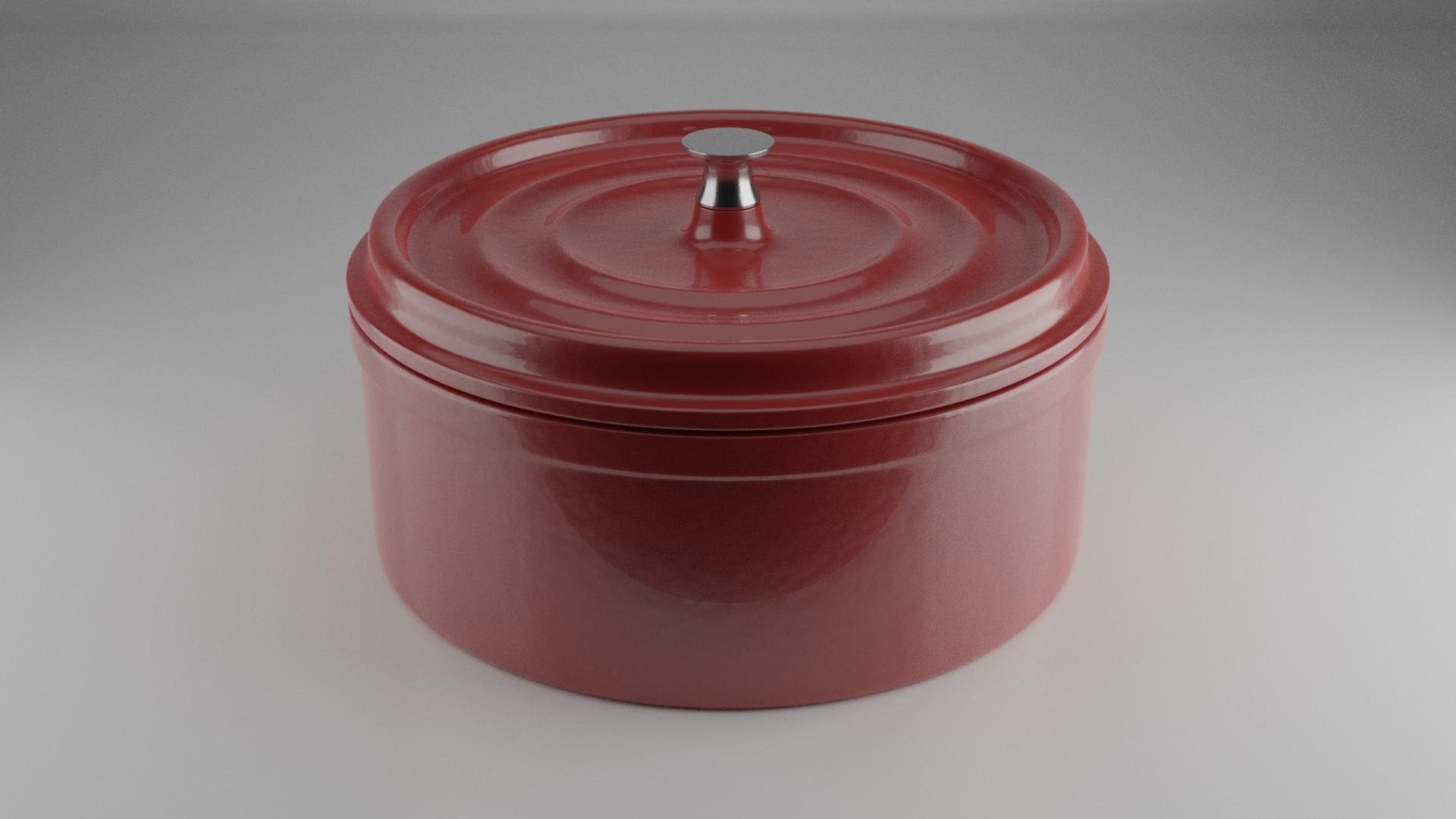 I'd use a principled shader along with a specular value of 1 and a roughness value of 0.3 to get the surface appearence of iron. You can break the rules and raise up the clearcoat value to 2 or even higher in order to match the shininess/coating of the reference. For each type of surface bump, you can combine different 3d noises and feed them into the normal socket of a principled shader. I'd also add some color variation to the base color using noise again: 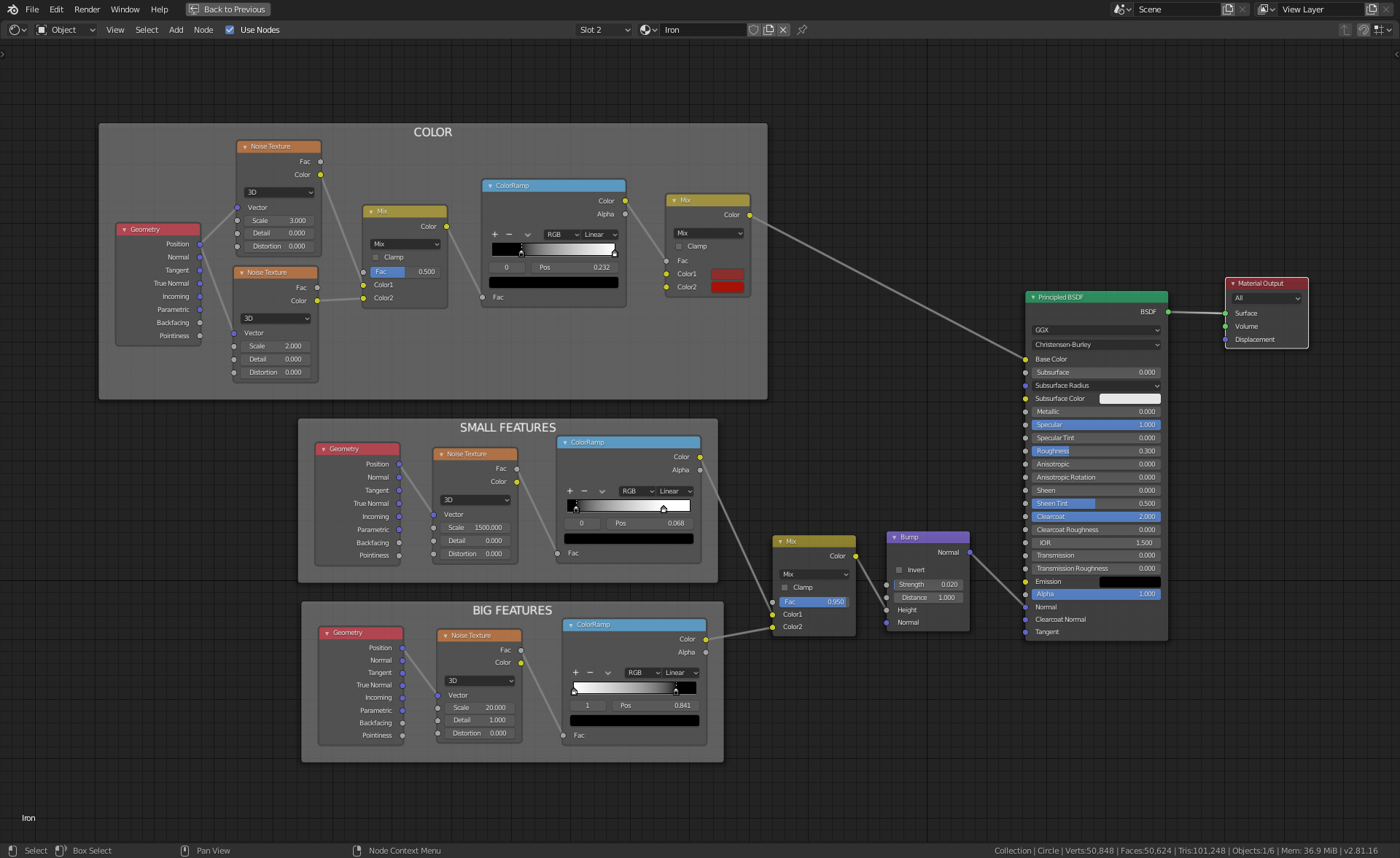 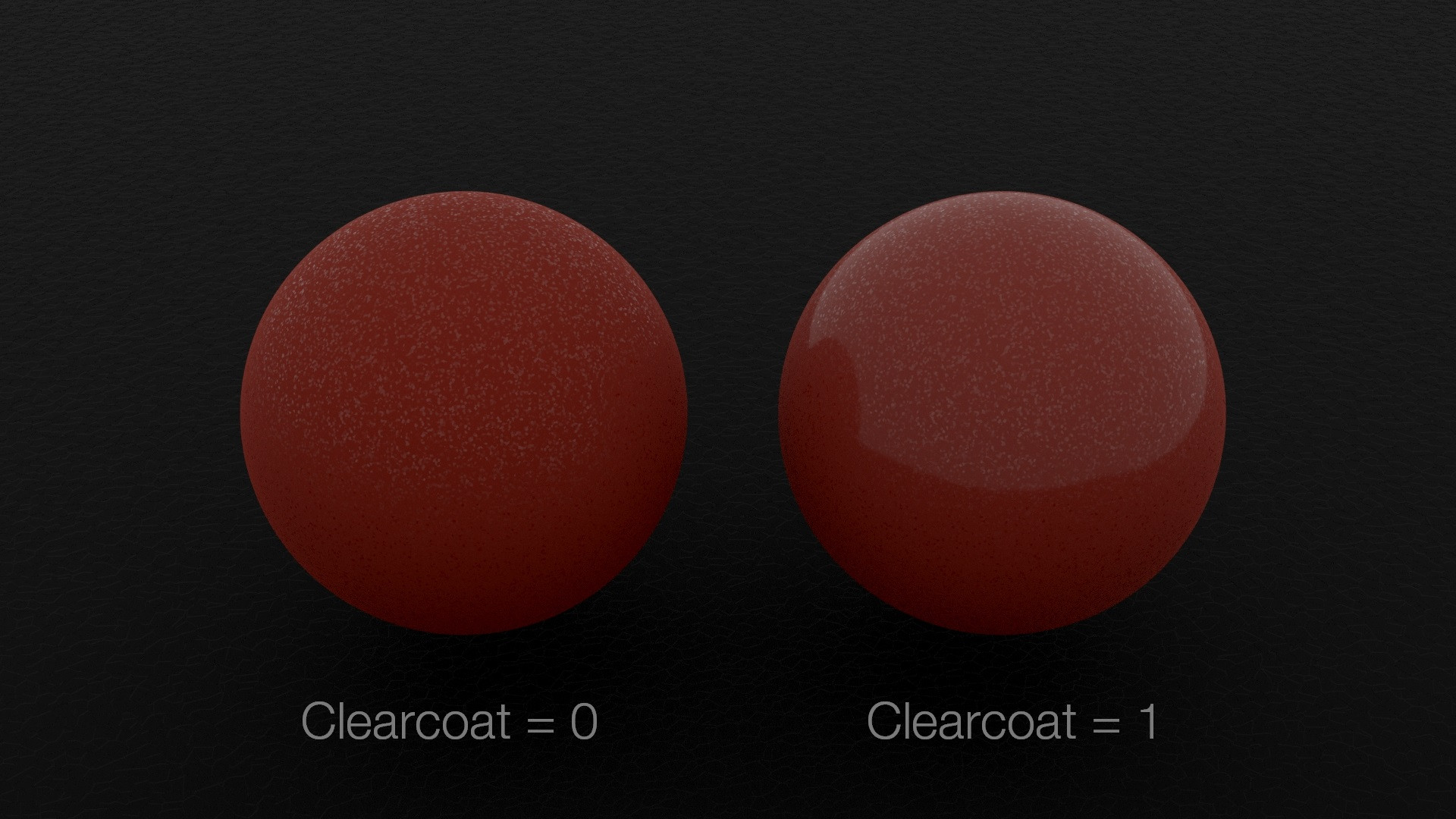 Not the answer you're looking for? Browse other questions tagged shaders or ask your own question.

5
How to make a varnish transparent effect?

5
Can the areas of an object in shadow be accessed in Cycles
4
Object appears jagged in final render?
4
Shader receive light cast shadow with its color
2
Control metal reflection color with PR Shader and an Albedo input texture
1
How to reproduce a smartphone cover material with some specific reflection patterns
2
Can't see through BSDF principled/glass 2.8
11
Creating a wavy dot pattern in a Cycles shader