The Rigid body bullet constraints was a good add-on to quickly set up inter object constrains for fractures or so. It works and still is for 2.7x but there's no way to do in 2.8x as I didn't consider downloading the fracture build cause it's literally an entire build for a set of specific tool. I was wondering why the community ignored it as it is a necessary part for VFX artists.

If you know anything about where I can find it for 2.8x or any work around to get it done it'll be a blessing.

If you just want to fracture rigid bodies as they fall, then you can manually set up the vertex-groups, and modifiers to simulate this. Here's how to do it on a simple cube: Step 1: Subdivide! If you want a good explosion simulation, then you must subdivide. About 25 subdivisions in edit mode works well. You may also want to add a subsurface mod later, if you want more jagged edges.

Next we need to set up the vertex groups. This would look most realistic starting with a small group at the bottom and then going up. This would be for the cube (with one edge facing the plane). Start selecting and assigning random small vertex-groups at that edge. FYI, also you should set select vertices, not faces anymore. I set up 6 vertex-groups, which I will later use for a controlled explosion modifier for animating the edges while the rigid body falls. Here are pictures of my selections for each vertex group:

Now to set up the modifiers. We might want to do that after we do the rigid body simulation. So keep the position of the objects, and go ahead and set that up. Active for the cube (set the cube to mesh collision), and nothing for the plane. The plane should be set to collision, for particles. Don't bake this yet, but run through the animation timeline a few times. Applying scale and rotation to both the cube and the plane will help with the simulation. Also, you might want to use collision margins, as my simulation was a little glitchy without it. Now comes the setting up of the explosion: We are using particle settings and the explosion modifier. 1) Make sure that the vertex-group weight is set to 0. (So that it will be affected.) 2) Go to the particles tab, and create a new particle system. (You will need one for each vertex group to sequence the series of the parts of the cube crashing.) For your particle settings, keep everything the same except for the lifespan (set to 250, or the length of your animation), and the emission start and end. Set both the start and end time to be the exact frame the cube touches the plane. Also set the density vertex group to your first vertex group. (In my case, shatter1.) One last thing for the particles: set both the collision group and the effector group to the rigidbodyworld. To get the faces to explode and not just emit particles, go to the modifier tab and add an explode mod. Set the vertex group to the same as in the particle settings. Now repeat this step, and create a particle system and add an explosion mod for each vertex group. All of the settings should be the same, except for the time that the particles are emitted. This can be adjusted a frame ahead per particle system. This is really much it, running through the animation will show you the final result. You can play around with the .blend here:

These are pictures of what the cube looks like exploding: 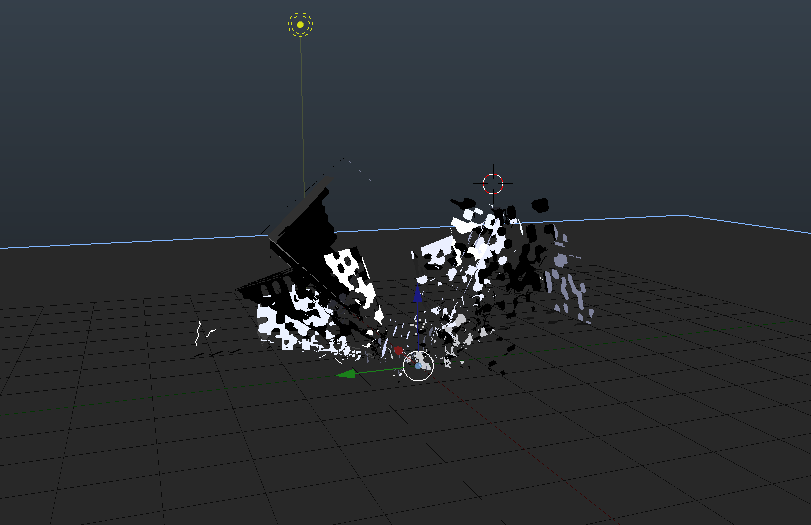 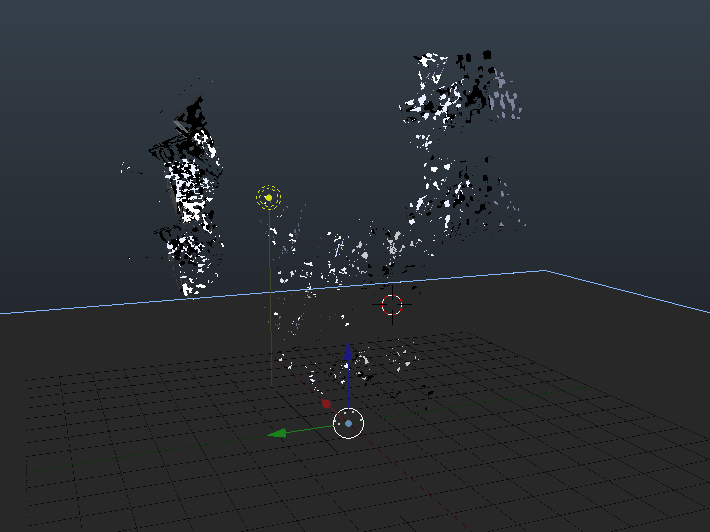 I added a quick smoke with higher resolution to achieve this: 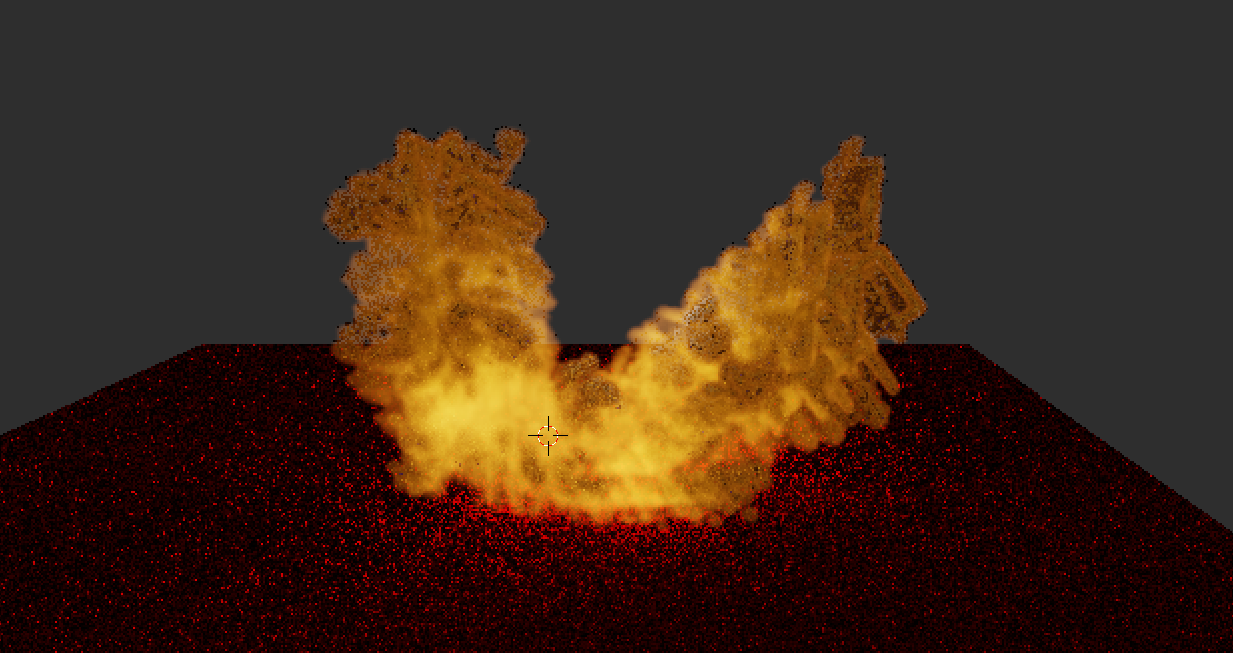 It's a little messy, but it is just about the best result you can achieve in blender without any sort of add-on. I hope this helps, and Happy Blending!

Not the answer you're looking for? Browse other questions tagged physics constraints or ask your own question.