I have a fairly simple setup in Blender 2.81a. 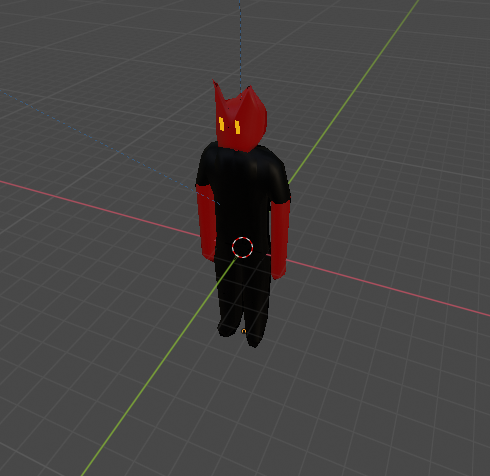 A model, light source, camera, and a simple plane beneath it. I am attempting to render an image which renders the plane as a transparent background, but also has the shadow of the model cast onto it. In prior versions of blender this was do-able simply by allowing shadow casting onto the object and then making the object transparent, but this seems insufficient now that I have updated.

I have tried Eevee, and Cycles, but neither worked the way I'd like.

Currently I am messing around with a Mix shader comprised of a Transparent BSDF and a Diffuse, but while setting the Fac to 0.1 gets a "close" result, it still brightens the background slightly (since my diffuse color is white), which ruins the effect that I'm going for.

Any help would be appreciated. I am still very much a beginner with Blender.

There is a "shadow catcher" option in the object visibility properties. It works only in cycles. Actually I don't know of a simple easy way to do it in Eevee. 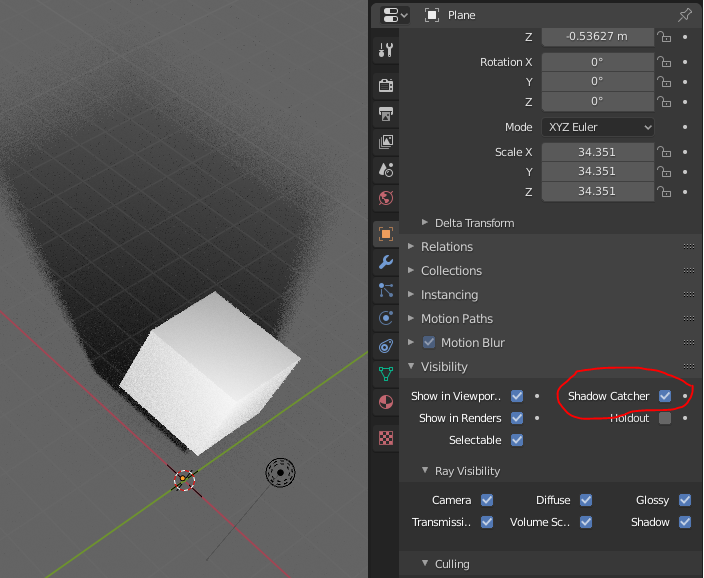 Not the answer you're looking for? Browse other questions tagged materials shadows or ask your own question.

0
How can I integrate a 3D model in a photo?

1
Shadow Catcher makes background objects invisible
4
colored shadows for transparent objects with shadow catcher
3
Transparent object shaddows in volume material [Blender Internal]
5
Isolate light cast on a surface through glass
1
cycles - different effects when order switched, even with opposite factor
1
Is there a way to disable self-cast shadows on grass (particles,) but still have grass receive shadows from other objects?