Using a Normal map together with a Bump map

I've been stressing these days searching for a video on using a Normal map with a Bump map, but I haven't found something good. Some suggest connecting the Bump input into the Displacement output and others suggest connecting it to the Normal output of a Shader (both using a Bump node). What would be considered a right way of doing it? The Bump node has a Normal output. Is that for the Normal map? 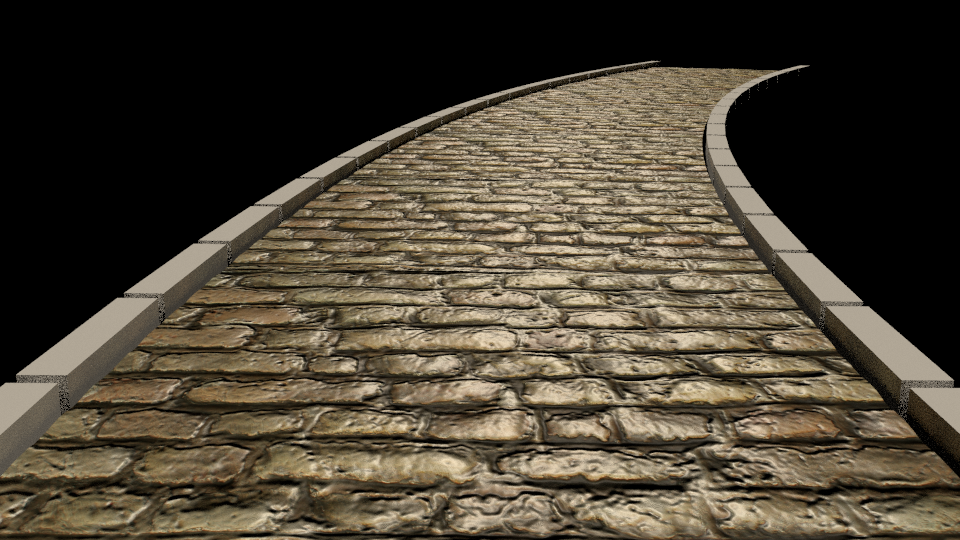 I want to use the Noise texture as a Bump map, but the bricks already have a Normal map so that I have no idea where the bump node should be connected. And when connecting it into the Displacement output nothing happens.

In a tutorial by Andrew Price called "The Secrets Of Realistic Texturing", the Normal map is connected into the Displacement output, but I'm not sure if it is a good way of doing it and the bumps are more like some streched lines which is not what a Noise texture would do - http://qgv6y6drlr2sy3es4blouyvd9.wpengine.netdna-cdn.com/wp-content/uploads/sites/3/2013/01/complete1.png

Here's the file if anybody comes up with something - http://www.pasteall.org/blend/31902

I'm unable to upload the maps (too high resolution), sorry. But, you can use maps of your own. 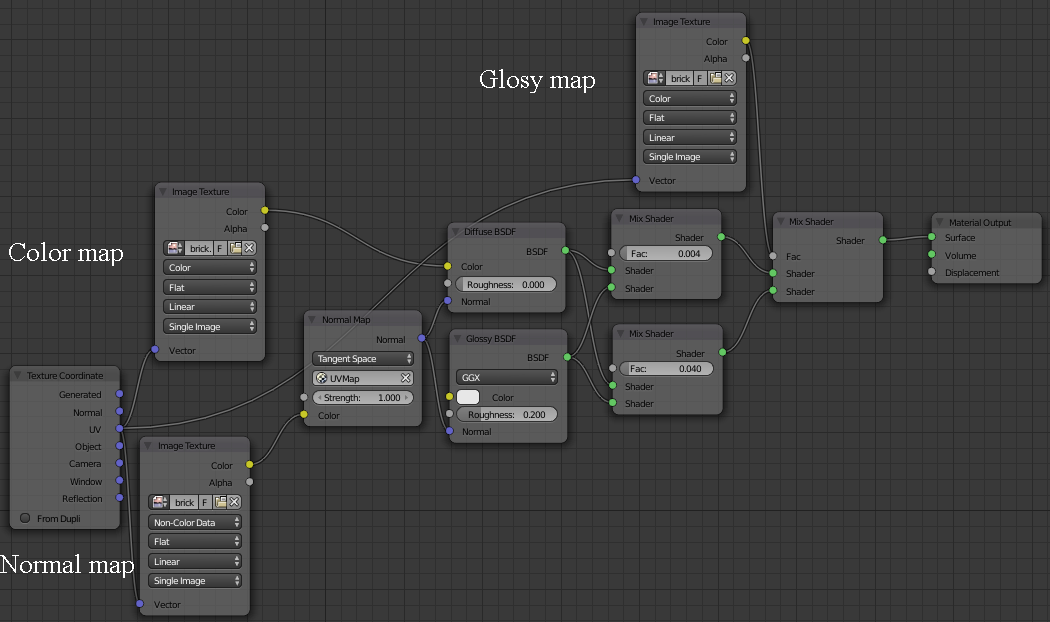 This is the correct setup to combine normal and bump maps.

If you use a normal map, you can't use the displacement material output, you have to plug it directly into the BSDF. The normal map must go first, and then you can add bump mapping on top of it. 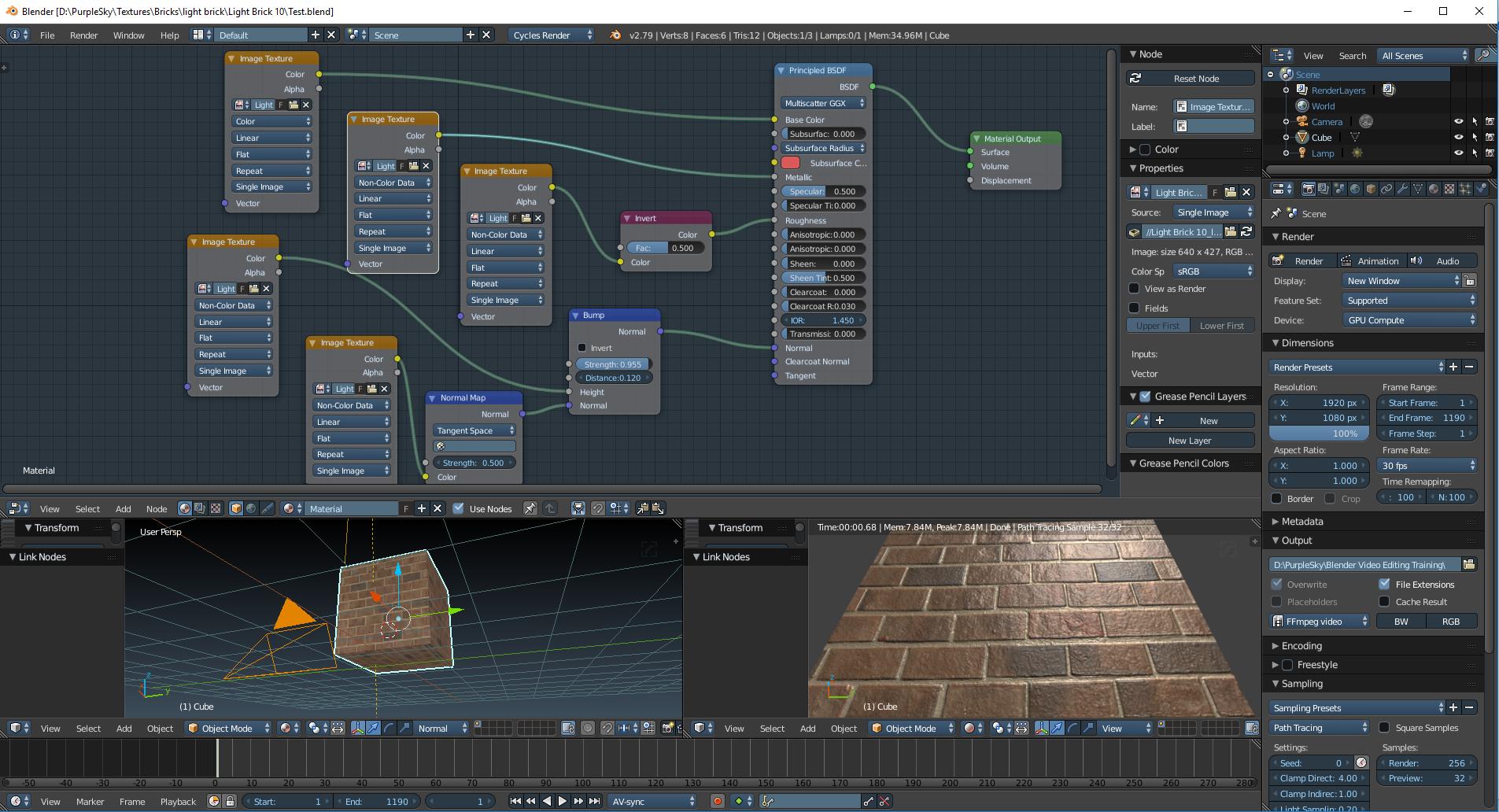 Yes, I like that combo as well... here I use a bump map instead of a noise texture (since it is a height map) and combine it with a normal map -> with the output going into the Normal map input of the Principled BSDF where you can easily add the diffuse (color), Metallic (Specular), Gloss (or roughness inverted) maps. This seems to work best for me. Adjust the strength settings on the Normal and Bump map nodes to your liking.

2
Can i apply normal map & bump map & a texture on the same object
5
Object turns dark when using normal map in Cycles
3
Cycles Render Lighting Glitch While Using Transparent Normals Map
2
Why is my Normal map not working?
0
Getting a normal map to work in a multiple uv node setup
1
Texture Node in the cycle render
0
Issue when baking normals
1
How Do I Combine More Than 2 Normal Maps?
0
Maps in Cycles Render
1
Transparent objects passing through causes a shadow
See more linked questions

5
Bump node in Cycles, with an OSL script -- am I doing it wrong?
0
Bump map connected to Glossy shader Normal input causes line artifact in render
0
Odd Bump/Normal Map behavior with Texture Nodes - Blender Internal
2
Use alpha of one texture node to mask another texture node
4
Bump map on a curved surface
5
Bump mapping vs Displacement (plus displacement nodes in Cycles)?
1
Why is material with 'Displacement and Bump' set only showing 'bump' displacement in Cycles?
1
How to attach a Bump Node to a Node setup containing many shaders in Cycles?
1
What height method should I use