I'm banging my head up against the proverbial brick wall here. I'm doing an animation which is a spoof on a 1960s kids show from UK called Camberwick Green, this starts with a six sided box which rotates for a short time, and then the top slides open to make way for one of the shows characters to slide up through the top. The first pic is of the first frame which is how the box is first shown with the top closed. 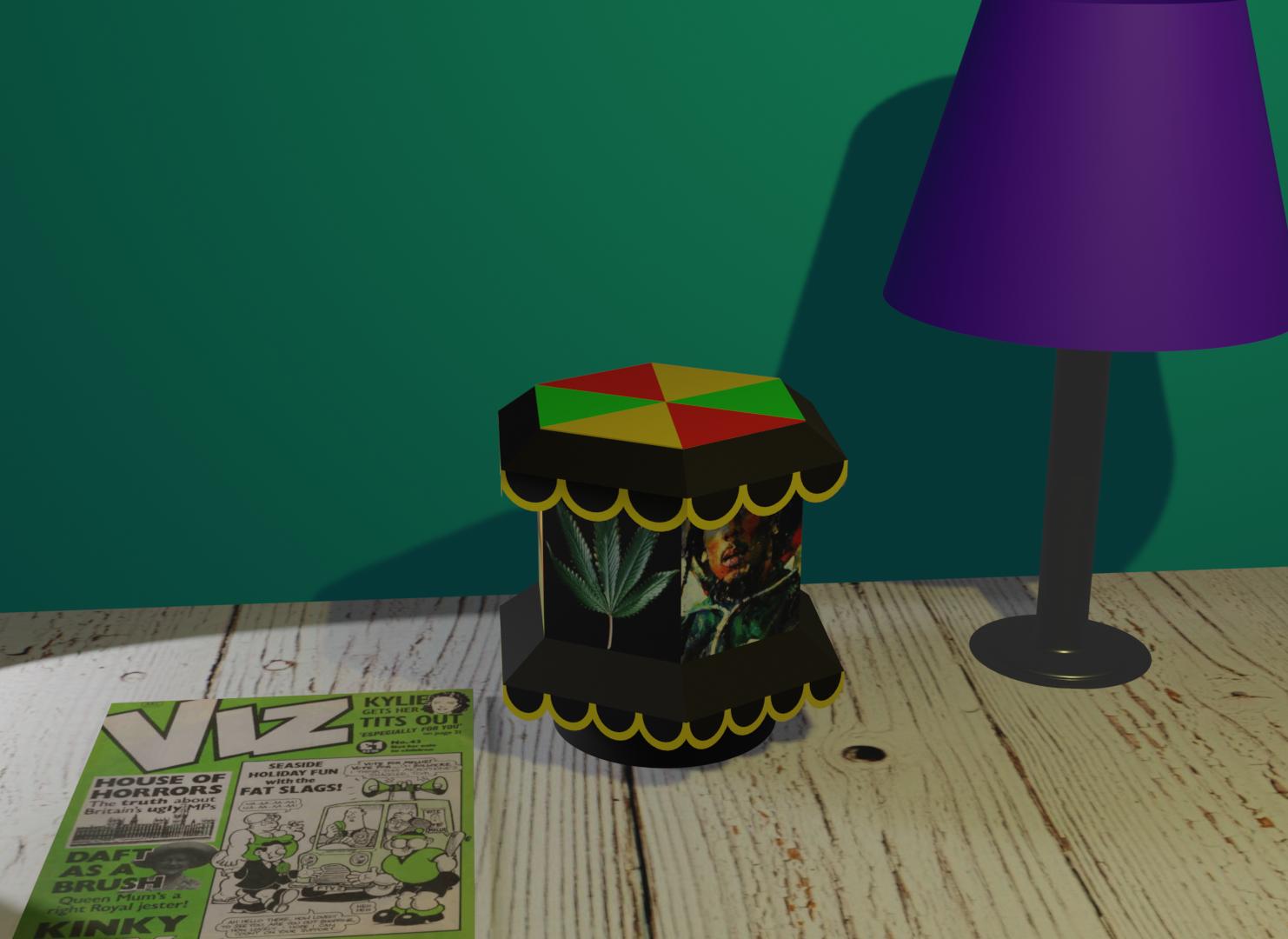 The second pic shows, in my own description, how the top opens. the white dots being the pivot points for each individual triangle and the purple arrows which i hope will convey to you the direction/rotation of the triangles so it should open up iris fashion. 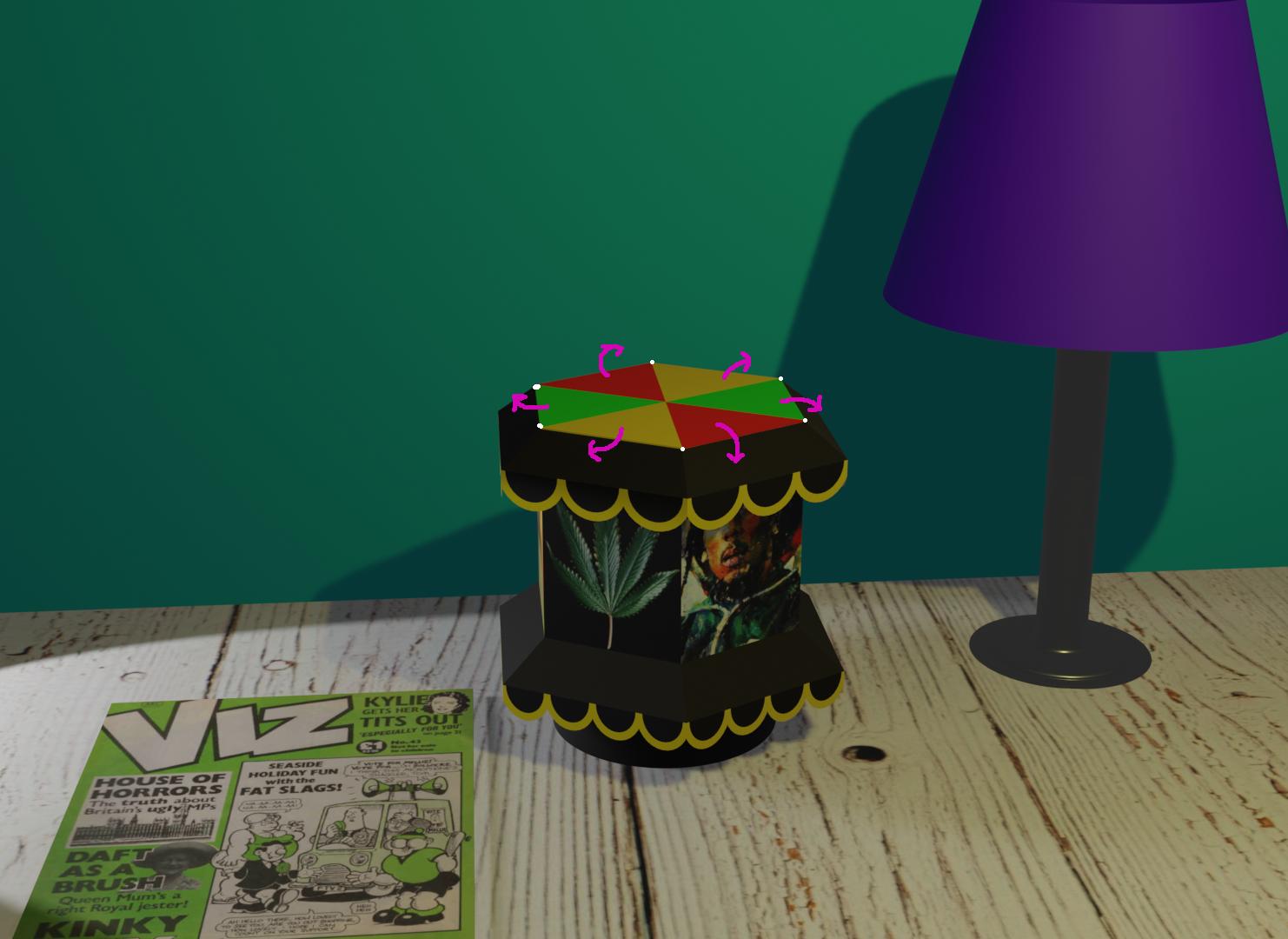 The third pic shows the end result of the top sliding open. 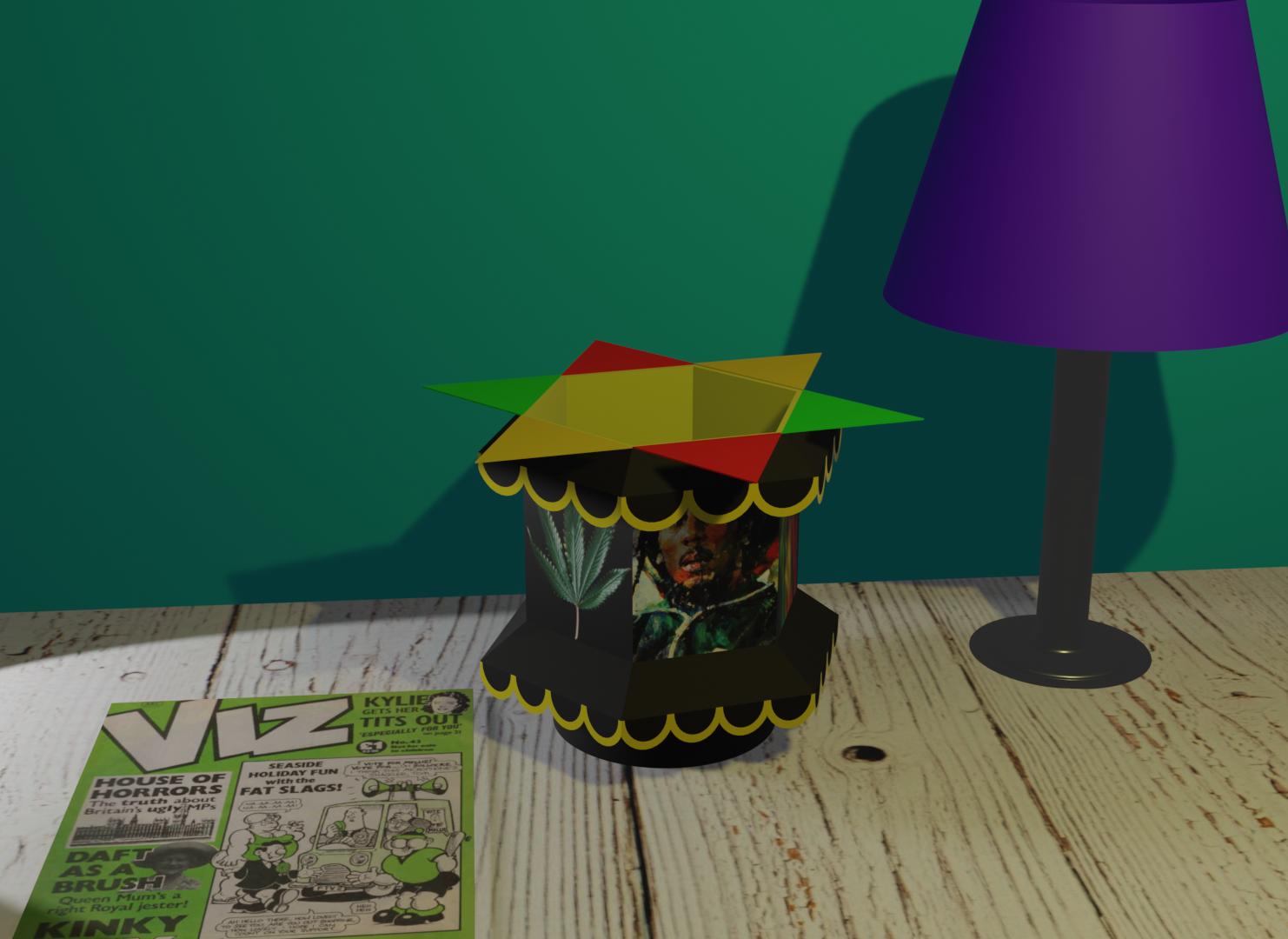 Which result I'm pleased with as far as it goes, but the issue arises when i scrub back to the first frame, it shows the box as in the third pic with the lids open rather than closed like it should. when i play the animation, the main box rotates as expected but with the lids totally open all the way through, thereby missing the opening altogether. Here are some details of how i animated: I first inserted a keyframe on frame one, then rotated the whole box -18 degrees at 12 frame intervals for my keyframes. When i hit keyframe 240, i started rotating the triangles -10 degrees on their pivot points as well as the regular rotation of the box as previously stated, so for example at frame 252, i would rotate the box at -18 and this would automatically keyframe at that point, then staying at that frame, i would individually rotate the triangles, with the thinking that I would be keeping the movements on the frame, but the result is a constantly open lid throughout. I've tried manually inserting keyframes with location/rotation/scale etc but the result has always been the same. I would have thought that once a keyframe is recorded, that would be how it should be. Sorry if this is long winded, I've only been learning this for about 4 months. Here is a link to the opening of the show if it's allowed... Many thanks in advance. https://www.youtube.com/watch?v=DWNR-08Ff0w

It seems i made a rookie error with this, everything else i was animating in object mode, and i was going into edit mode to set up my pivot points to rotate my top pieces and rotating them there, instead of going back to object mode to move them. This resulted in the pieces being in the fully open position from frame 1 to finish instead of opening during the animation. So if anybody stumbles on this question with the same problem, then note...ALWAYS animate in object mode.

Not the answer you're looking for? Browse other questions tagged keyframes or ask your own question.

11
How to convert Quaternions keyframes to Euler ones in several Actions?
1
Rotate a cube around Y axis m*360 degrees in 200 frames?
0
Unable to change animation interpolation or extrapolation
4
Dope Sheet: Select all keyframes before or after a certain point
1
How to list the frame numbers which contain keyframes in Python?
3
What kind of F-curve can be used for a perpetual elastic effect of clock second hand motion?
0
Keyframes not setting where I place them
4
Hotkey (or other quick way) to insert a keyframe for only one component of a vector-valued property?
3
Limitation of a Rolling Shutter effect for propeller