Is there a way to change the edge from 'Auto Smooth' mode to a complete curve?

I made the following modeling to make parts for the robot’s tilt arm.

I first used the Surface subdivision modifier to express softness and curves. However, using this modifier with the Bevel modifier does not produce the results I want. In more detail, after applying the Surface sudivision modifier, it is difficult to express the slope and sharpness of the edges, using Bevel Weight and Crease. Thus I found out that, for the slope and sharpness of the complexly constructed edges, there was a function called Auto Smooth, partly by looking for an easy way to apply softness.

With ‘Auto Smooth’ function, it was easy to apply soft effect while maintaining sharpness of each edges. And using the Weighted Normal modifier, it formed a more realistic surface (I still don't understand the Weight normal).

Most of them have been resolved, but unlike Surface Subdivision, Auto Smooth does not soften to the outlines. 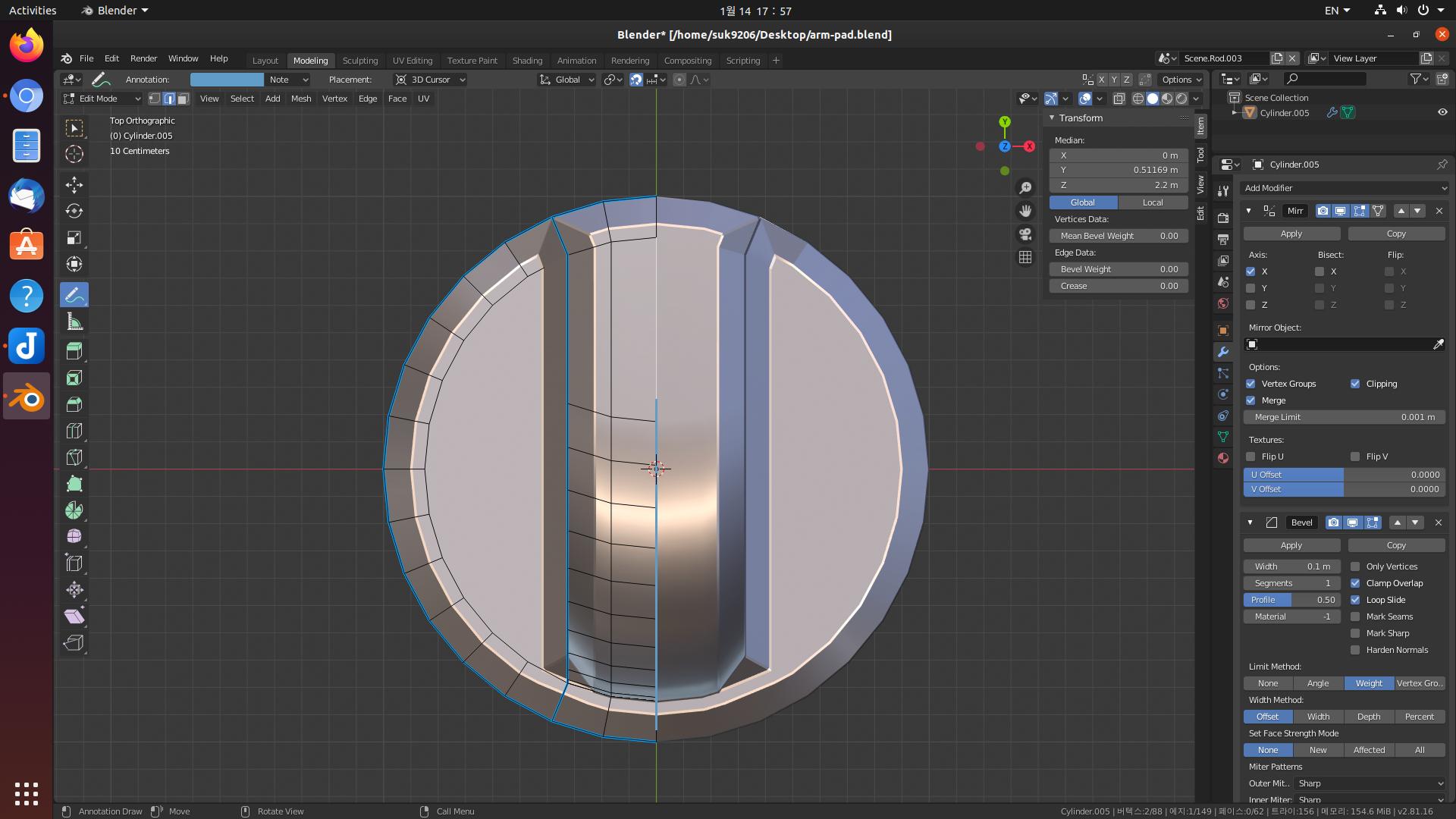 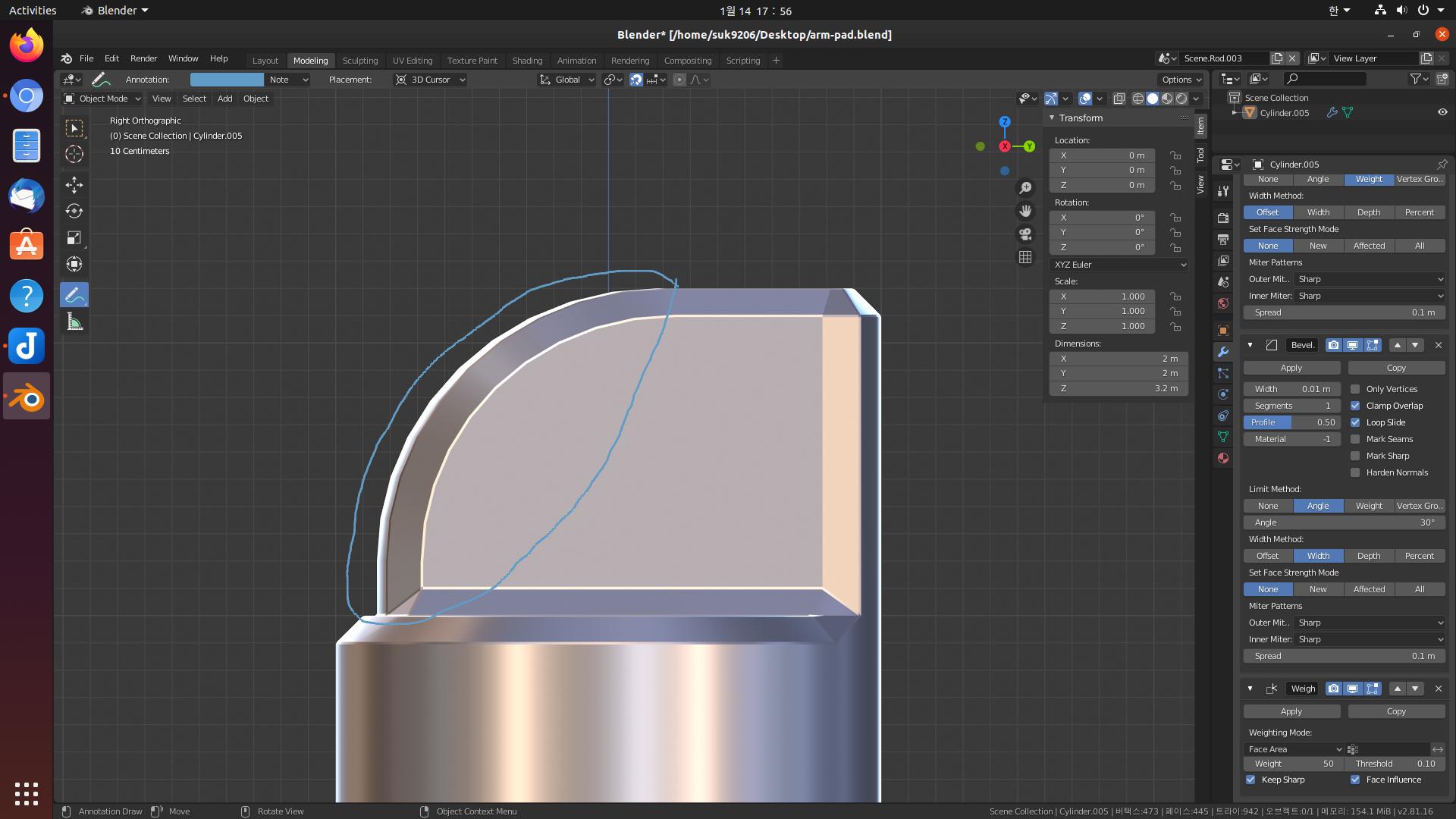 The outline is not smooth and still angular.

To get a clear answer

Q. Excluding the above concerns, is there a way to smooth the outline?

You need to do two things.

(There's no need for the Weighted Normal modifier.) 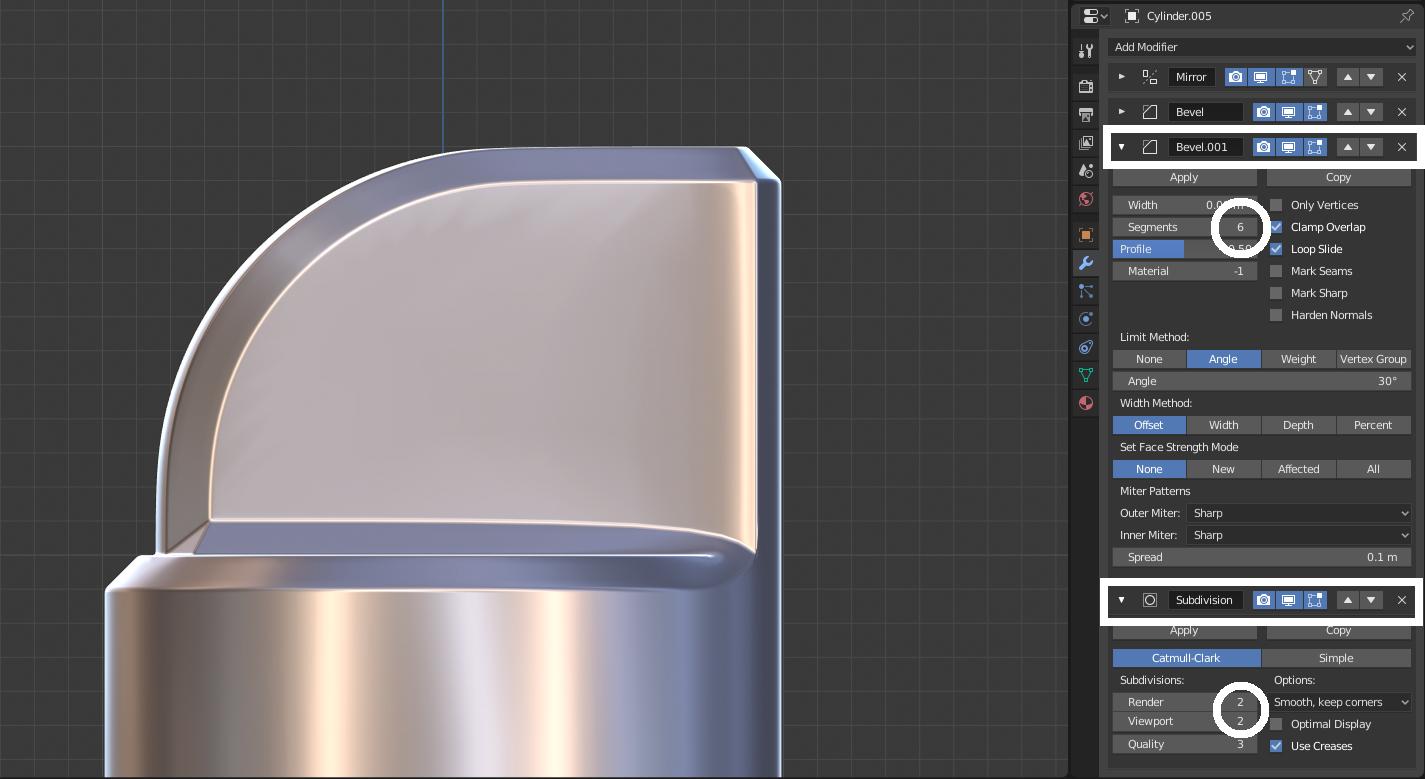 Note:
I'd also strongly reccomend, that you make your model all quads.
Most of your problems are caused by n-gons.

Not the answer you're looking for? Browse other questions tagged modeling modifiers normals bevel or ask your own question.