I'm a beginner on Blender and I'm trying to animate a model from MagicaVoxel on Blender but I'm having problems with the skeleton and weight painting.

I imported the obj file I got from MagicaVoxel and added a skeleton, but I got a problem, some faces of the model are getting deformed too much when rotating a part. 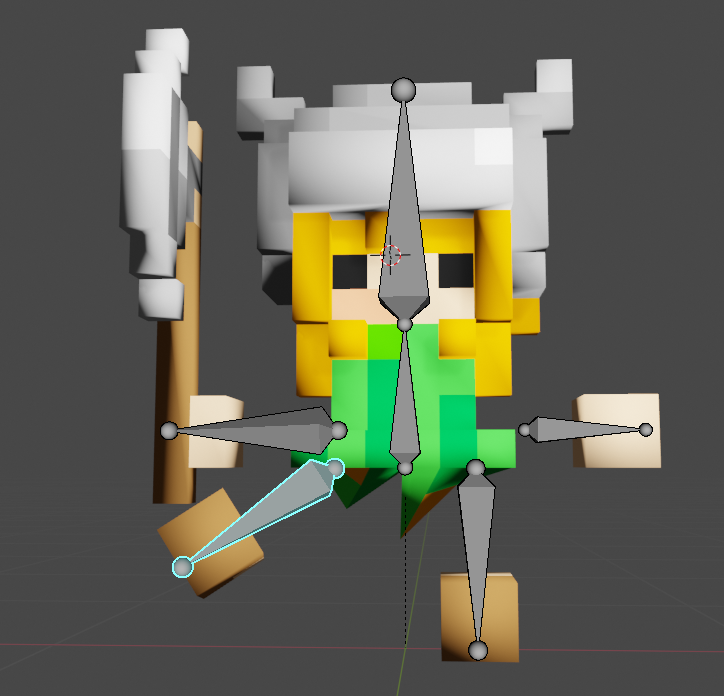 The bottom of the character is deformed when moving the foot and it looks weird. I tried reducing the weight paint on the body so it wouldn't deform but I always have a small part of the body that is deforming.

Is there an easier way to animate characters like this? Should I really use a skeleton for a simple character like that? I'm gonna use the model on Unity after making the animations, is there a better workflow than MagicaVoxel -> Blender -> Unity?

Browse other questions tagged animation rigging unity or ask your own question.

0
Animating my character's leg brings part of the other foot with it
0
Animating ZBrush models with Blender for unity
0
no Shape keys and weight painting, are they compatible?
1
How to convert from Magicavoxel to Blender to Unity, without losing the texture/colors
3
How to achieve pressing against invisible wall effect facing camera? (animation)
0
MCH eye bone animation plays in Blender, but not in Unity
0
opening unity model with animation into blender