BGE: How to Change Active Camera with Python? [duplicate]

Ask Question
Asked 2 years ago
Active 2 years ago
Viewed 423 times
0
$\begingroup$
This question already has answers here:
How to switch to another camera in blender game engine (2 answers)
Closed 2 years ago.

While in the blender game engine, I am trying to write a code that makes it so that the player changes the active camera every time the space-bar key is pressed. This is my first time making a game with blender so I apologize if this question is "annoying for advanced users" or how "noobs shouldn't be allowed to use blender". I'm sorry I'm still learning in advance, though thank you to whoever takes the time to help me. Here's my code:

I keep getting the error 'module' object is not callable in the console. Here are my logic nodes: 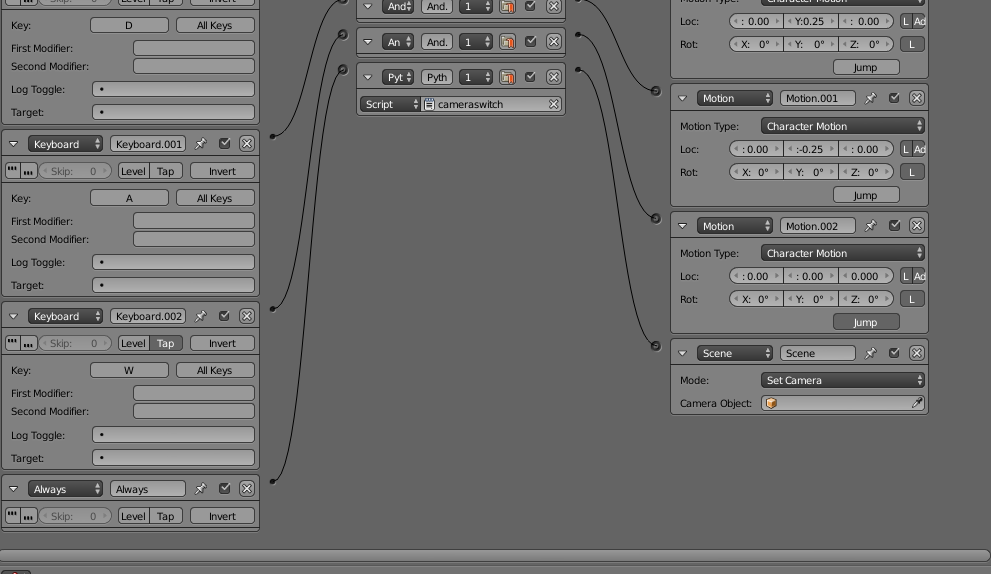 Not the answer you're looking for? Browse other questions tagged python game-engine camera or ask your own question.

0
How to switch to another camera in blender game engine
0
How to keyframe the active camera with Python?