Help! can't get simple compositing of render layers to work

I saw an answer to this exact same problem, but it was in 2.69. I tried it in 2.71 and it doesn't work. I've tried to blend the two objects using a simple color mix box and an alpha over box and neither would work. I've seen tuts using 2.6x and 2.5 and neither of them worked although a hybrid of the two got me to this simple attempt that I think I'm close to. I would like the blue color band on the boomerang to glow using a blur node. 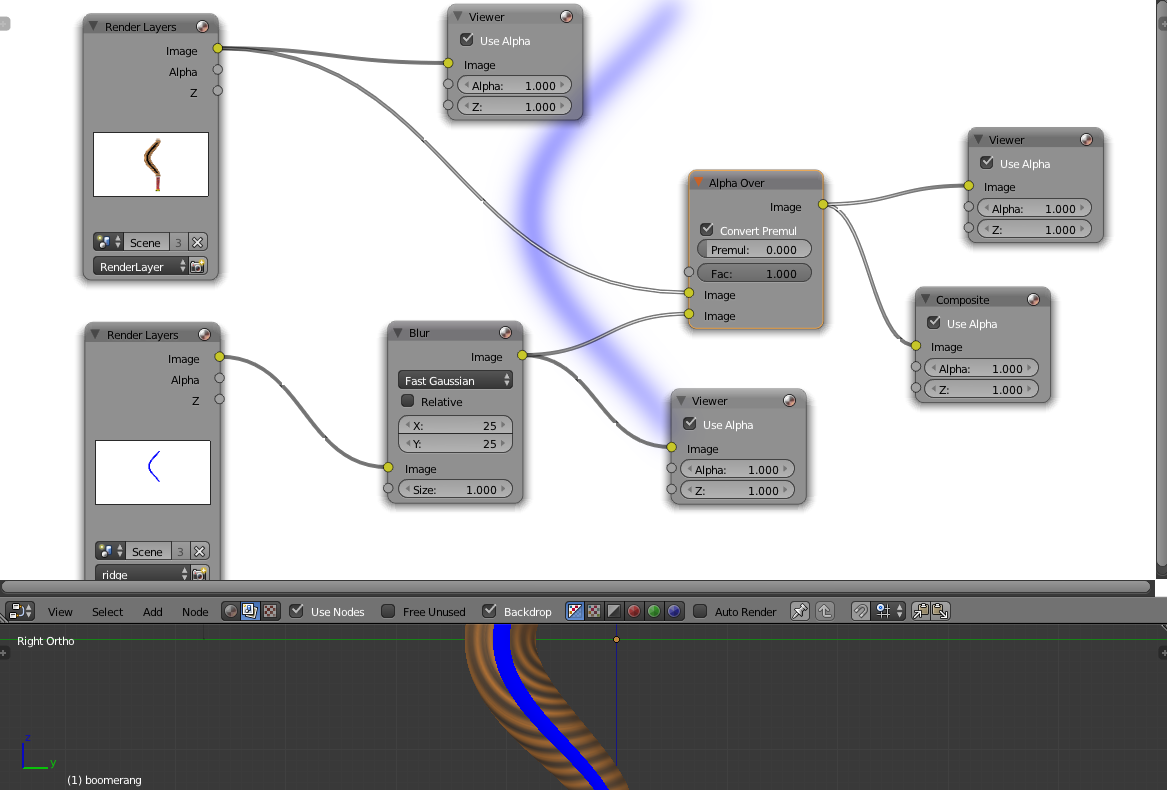 Browse other questions tagged rendering nodes blur or ask your own question.