The closest question I've seen here is Error: No module named ' .... ', which seems to be close, but the single answer there doesn't work for me. (I don't currently have enough reputation to comment over on that question.)

Specifically, I'm trying to run this example from the code given in the book. The problem is that I don't know how the file ut.py should be handled. Where should it be placed? Does it need to be linked into the blender file somehow?

For me the answer was to put the entire project into a folder with the proper structure and set this as the scripts path in preferences. 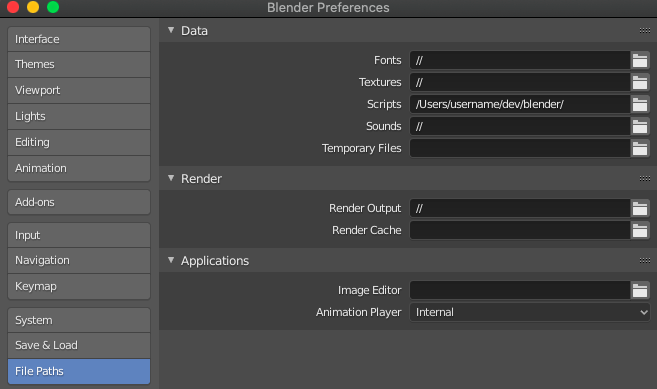 This is the folder structure I used, and I was able to run the example scripts from the book:

Not the answer you're looking for? Browse other questions tagged python scripting blend-files or ask your own question.

2
Translate blend file to python
5
How to import a blender python script in another?
0
Blend file hash keeps changing
2
How to load external modules/packages into blender python
2
Import custom module not working (.pyd-file)
1
Convert files from console using Blender
1
Blender 2.79 finds modules, but 2.80 does not