Spin around an object

How can I model an object that spins around another object like in this picture (ramp around cylinder). 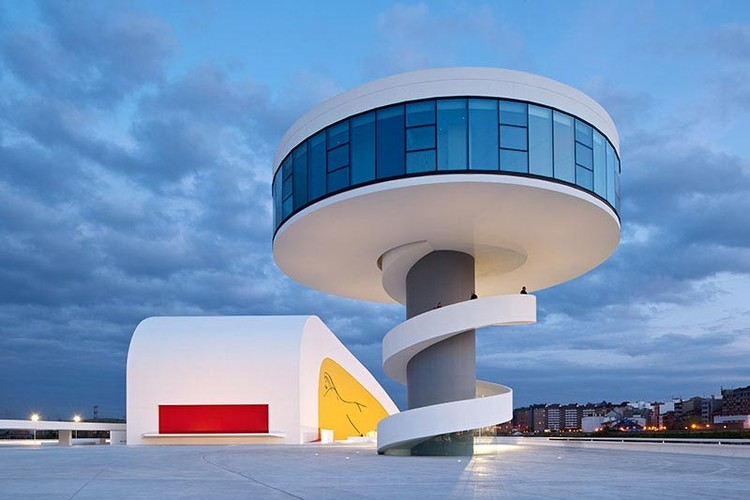 If you want to create an object that is like in the picture spun around a cylinder, i would suggest to use the screw modifier to get the base shape of the object and later fine tune the result.

Here a little visual showcase with a simplified version of the reference picture like result:

As shown/mentioned in the answer from @Robin-Betts, the option to create the cylinder along with the object originally being wrapped around it is there, and in certain cases i would go with that, as it makes sure the geometry is clean and fitting (important here though is to enable Merge Vertices to keep the geometry free from unnecessary double vertices).

Based on the question i believe you were going from a cylinder (not that those usually are hard to create) but maybe you have already some more details on it and don't want to redo your work.

If you have already some cylinder shape, it might be a good idea to adjust the Angle and Steps value to match the cylinder/base objects vertex count. That way the two objects will be easier to connect, be it on vertex and edge level or just visual in case you want them to be separate.

This is only a supplement to @Xylvier's answer.. the details are well covered there.. you have the option of creating the central cylinder in the same move..

I think you can add a bone to each object, then animate the rotation.

This tutorial explains how to add bones: https://www.youtube.com/watch?v=lF6ryktrht0

And this tutorial explains how to animate it: https://www.youtube.com/watch?v=W4TkA5P5Qes

2
Wrap cylinder around sphere
1
Changing selection around a mesh object
3
making angle label - spin vertices with python script
1
Modelling from 1 object or more?
1
How to circumscribe a cilinder around an irregular shape using edges of irregular shape?
2
How To Cut A Sine Shape On A Cylinder
0
How do I make edges go around a whole object?
1
What's the easiest way to evenly distribute a mesh around a circle/cylinder mesh?