Why isn't my animation moving when played?

I keyframed the propeller so that, every 5 frames, it spins around the local x 360º. However, when I play the animation, nothing moves at all. I'm starting at frame 0, so I'm not sure why it isn't working. 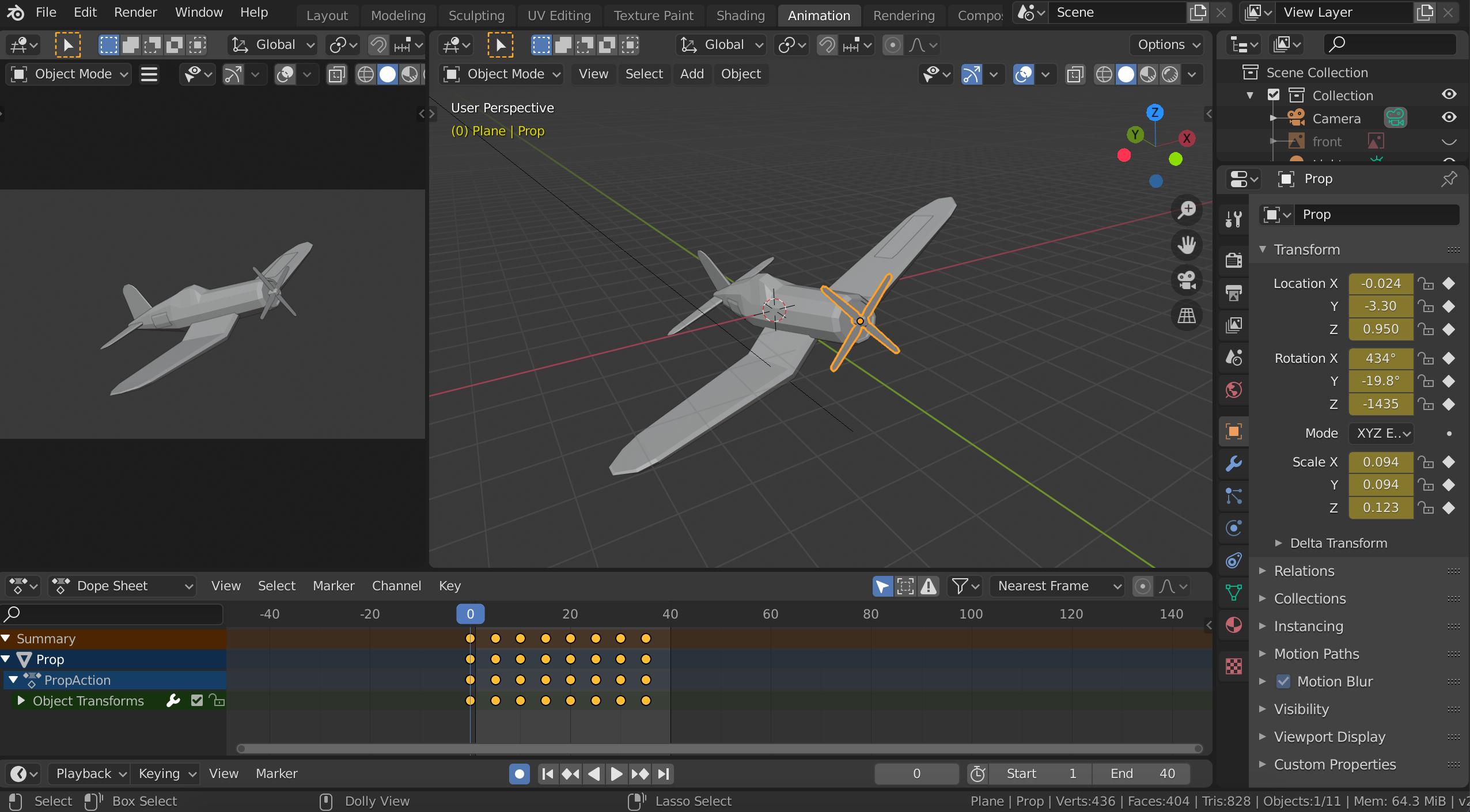 EDIT: I figured out that it wasn't moving since it just thinks it has to get to the point at which it has revolved completely, so it just doesn't move. This creates another question: how do I make it so that the object does exactly what it's supposed to between keyframes, instead of just aiming for the end result?

Be aware also that 5 frames is just 1/5th (0.2) of a second at normal animation rates, so your prop is going fully rotate 5 times a second.

Not the answer you're looking for? Browse other questions tagged animation keyframes parent or ask your own question.

7
Why are keyframes in global coords, instead of local coords? (Blender 2.70a)
1
Keyframe interpolation instability
1
Ignore parent rotation