I'm following a tutorial how to blend 2 object and get a smooth transition using the data transfer (after Shrinkwrapping my object), but I still seem to be getting the hard outline. Any ideas why this is not smooth?

Reference for the tutorial is at 4min to 5min.

And here is my result which I'm getting. 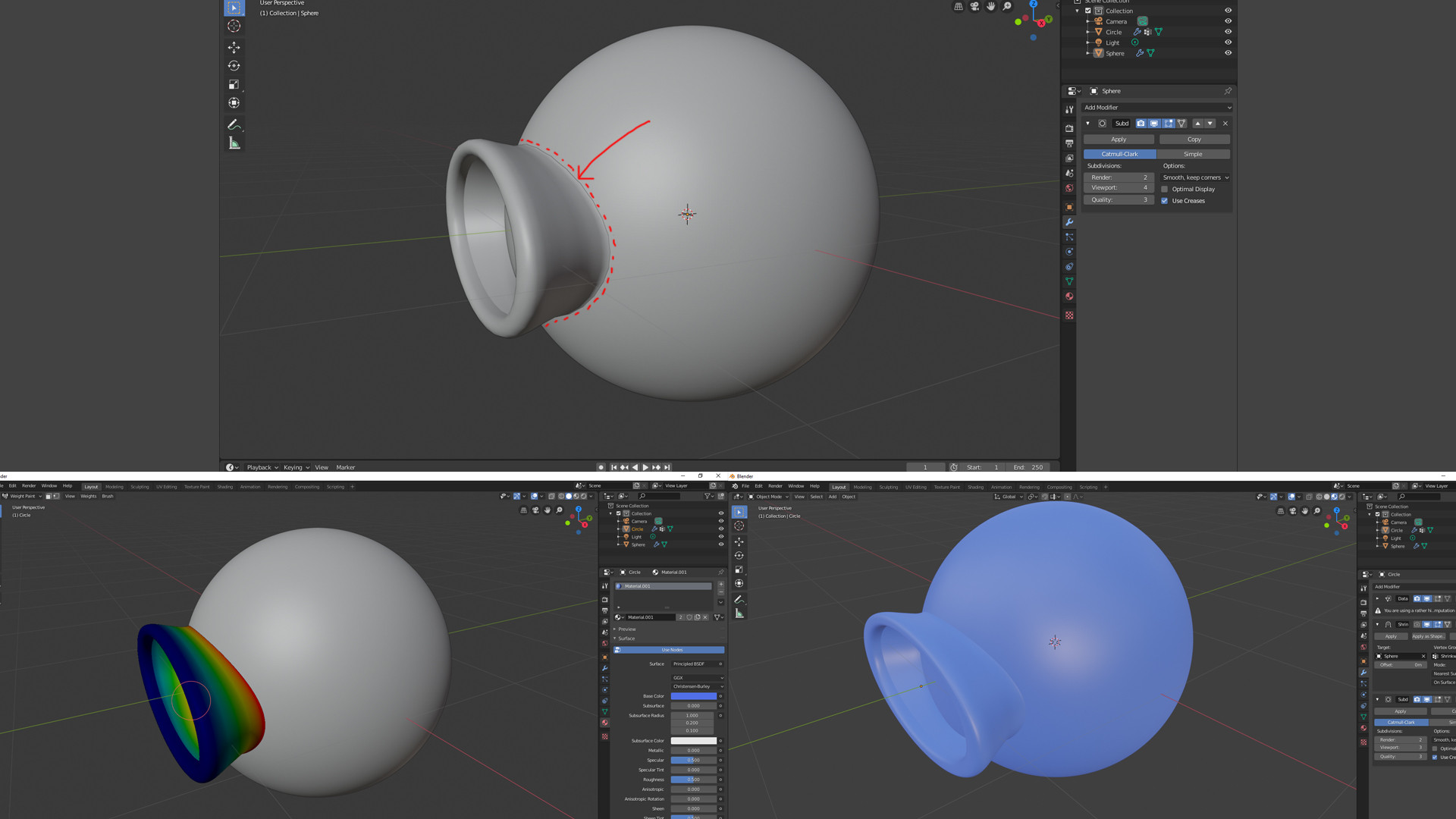 Your reference video illustrates a way of applying 3D decals to curved surfaces, filleting and concealing the junctions between the decals and the surface.

The way I went with your example involved quite a bit of incremental adjustment - I'll just try to cover the main points: 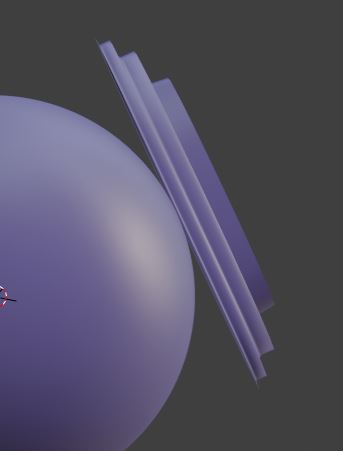 ...asking the Shrinkwrap modifier to cover the gap at the extremes, here, is pushing it. The parts of the decal which you'd like to spread on the surface will wind up piled on top of one another. Fixes for this might be to model the decal with a curvature more similar to the substrate, or 'pre-bend' the whole decal with a Lattice modifier, (the lattice shrink-wrapped to the surface) before assigning the other modifiers... but I guess that's what the reference was trying to avoid.

The decal in the reference is modeled with a skirt, part of which will conform to the surface closely,and become the fillet after deformation, so I added one to yours. 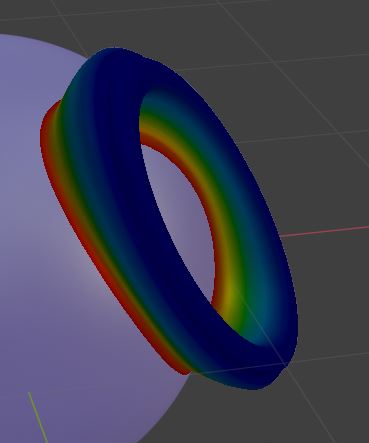 and a smaller one to pick up the normals from the sphere... 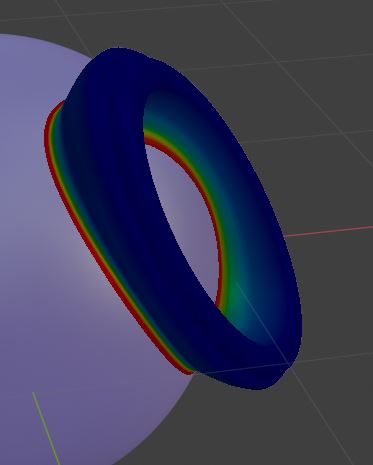 The vertex-groups can be edited 'live', under the influence of the modifiers by assigning edge-loops with weights in the decal's Data > Vertex Groups panel, so you can see what they are doing.

This result is sort of getting there.. 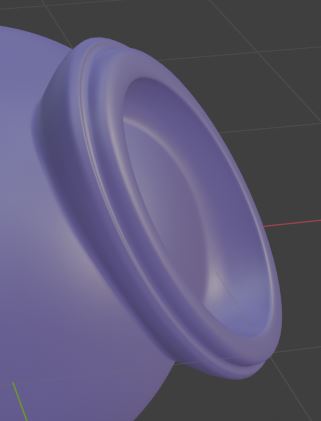 .. but I think things would be easier if you bent the decal as a whole, preparatory to making the invisible fillet.

1
Bevel not working corectly
0
My object is too transparent, how to fix it?
0
Subdivision Surface not making things smooth as they are in the tutorial I am following
2
Having problems with the bevel tool
1
smooth brush is destroying my model,what is happening?
0
How to cut a circular hole into a curvy shape and have a perfectly smooth surface without using the Shrinkwrap technique?