Bevel Shader with a Gradient Texture

I've been trying to recreate Gesy Bekeyei's clever trick (scroll below to see what I'm referring to) in using a black and white gradient texture to influence the Bevel Shader's radius to create custom bevels for each differently sized segments of the object. I've achieved a good part of that, however, the parts of the segments that make contact with the surface curve inwards, instead of outwards, as it normally would if a Bevel Modifier was used. I believe my UV unwrapping could be the reason but after unwrapping in various ways, I still haven't achieved the desired look.

Any of you good folks mind helpin' me figure this out?

By the way, unrelated - hope y'all had a great Christmas! :)

This is the look I want 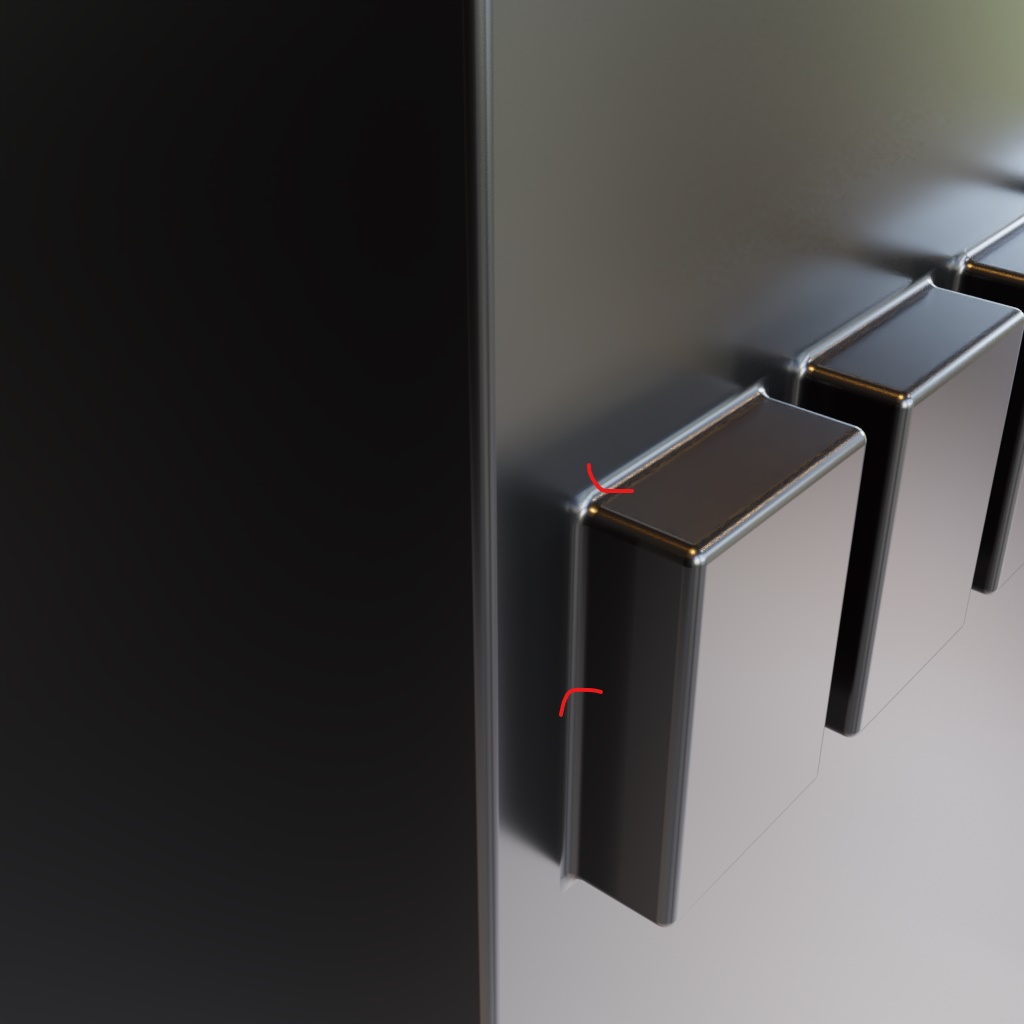 This is what I'm getting 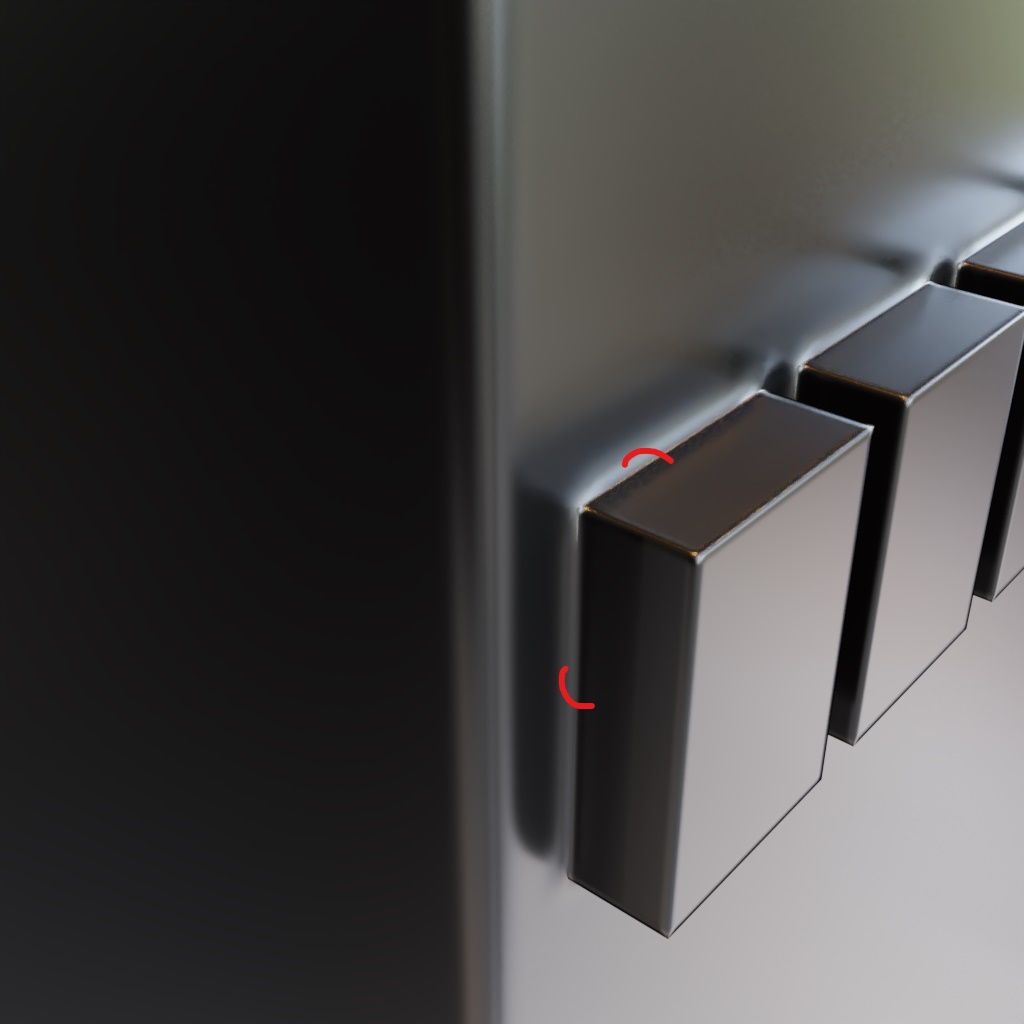 Credits to Robin Betts for this, he nailed the issue head-on in the comments. I'm just explaining it a bit more thoroughly with screenshots.

As you can see in the screenshot below, I've cut additional geometry to surround your smaller objects and moved their UV mapping so that they shared the same bevel width. 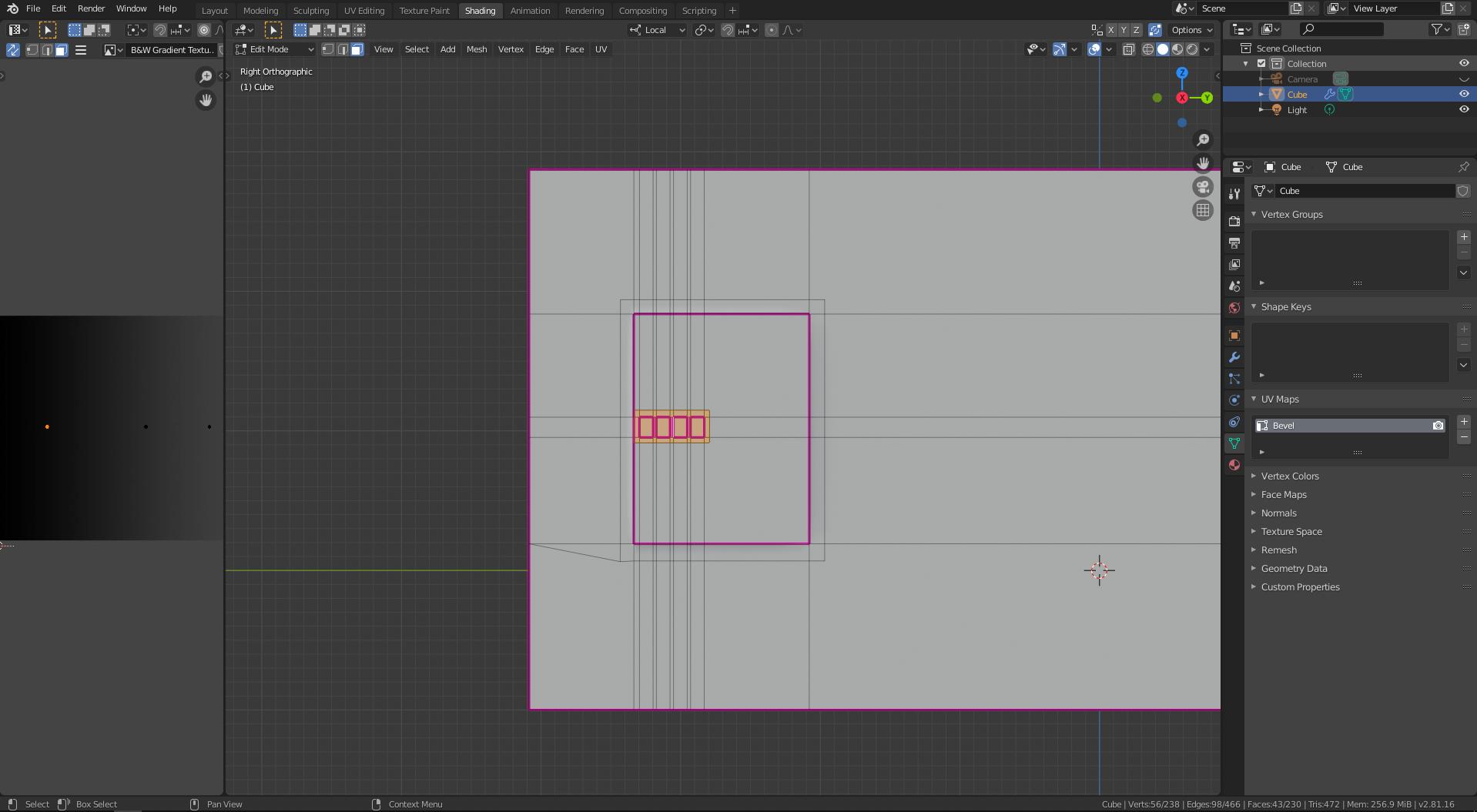 Here's a comparison of before/after: 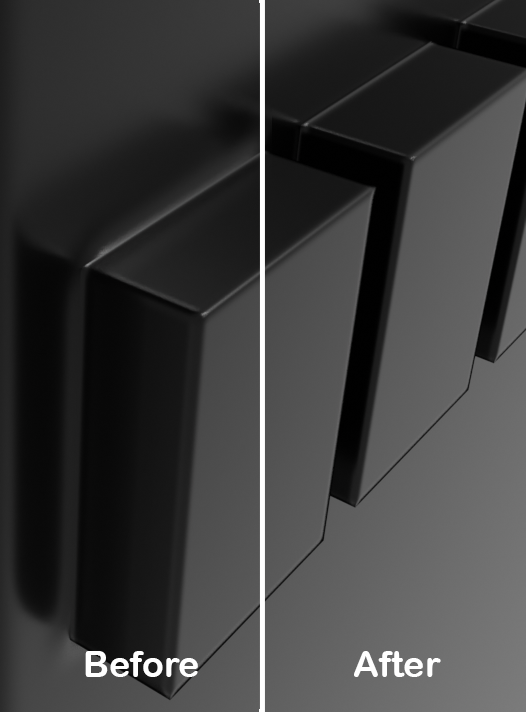 Not the answer you're looking for? Browse other questions tagged shaders bevel or ask your own question.