I tried to apply a boolean modifier to create an object but the result was completely buggy with non-manifold occurrences. The problem was apparent after using Mirror and Subdivision Surface with many black triangular faces or transparent faces. Triangles changes after operations, e.g. operations on normals.

Unable to fix the object, I recreated it from scratch manually (using only edge extrusion), but similar problems still exist. Object + Mirror: 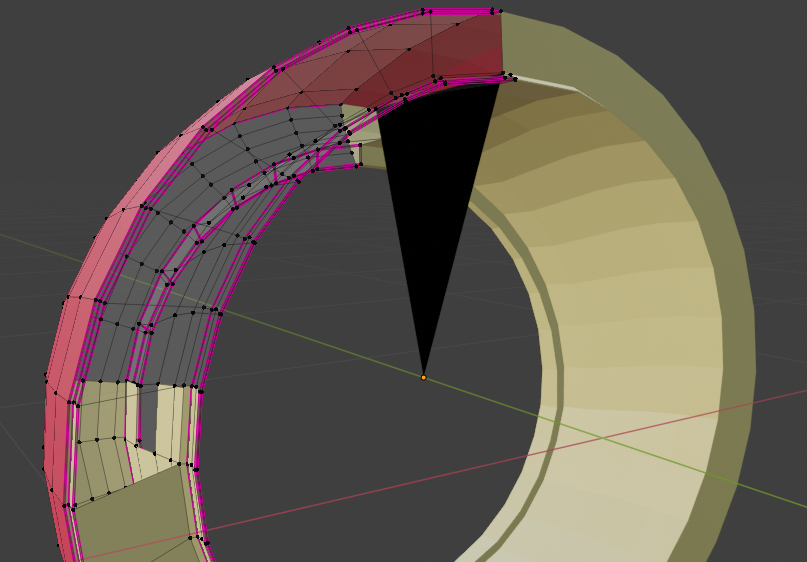 Adding SubSurf leads to a complete mess (also assigning different materials to groups of faces). No non-manifold is detected (except the open extremities before mirroring).

After several hours on useless experiments, some help will be appreciated (file available here).

I read this and tried some of the suggestions with no positive result. Using Blender 2.81.