Anyway, on my test scene for volumetrics, I'm noticing a large discrepancy between GPU and CPU rendering. All other settings in the scene are identical. Any ideas? I've never come accross this before, though to be fair I rarely render on CPU.

As you can see from the picture below, it's as though the volumetric density is different. 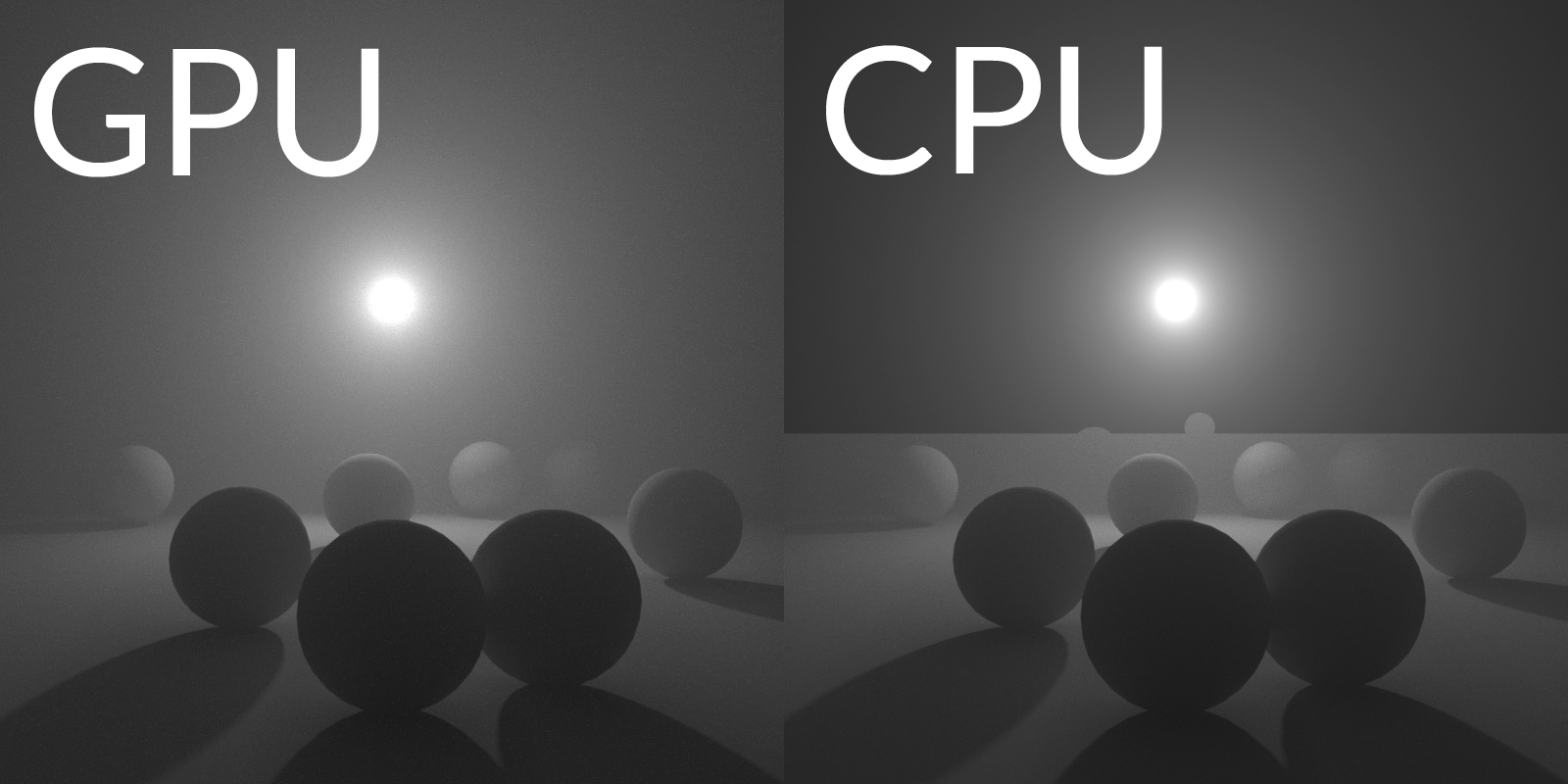 Any thoughts on this would be greatly appreciated.

Browse other questions tagged gpu volumetrics or ask your own question.

3
Why do volumetrics render noisier when using GPU then when using CPU in Cycles?

13
GPU slower than CPU?
0
Volumetric Scatter affected (Same file, different computers) CPU vs GPU
0
Lines appear volumetrics
3
Why do volumetrics render noisier when using GPU then when using CPU in Cycles?
1
Volumetrics Tab Has no checkbox
1
GPU along with CPU rendering performance
2
CPU and GPU - does CPU work with or alongside the GPU?