I am trying to save user matrix and set it back later when needed But after restoring the matrix the rotate function is behaving weird As if it is 4D instead of 3D. And t seemt the wrong view. What i did was open a default file and zoomed in. took these matrix values and placed them in VM. After restoring the view looks different. I tried to search for similar posts but could not find any answer Code i use is,

this is the code 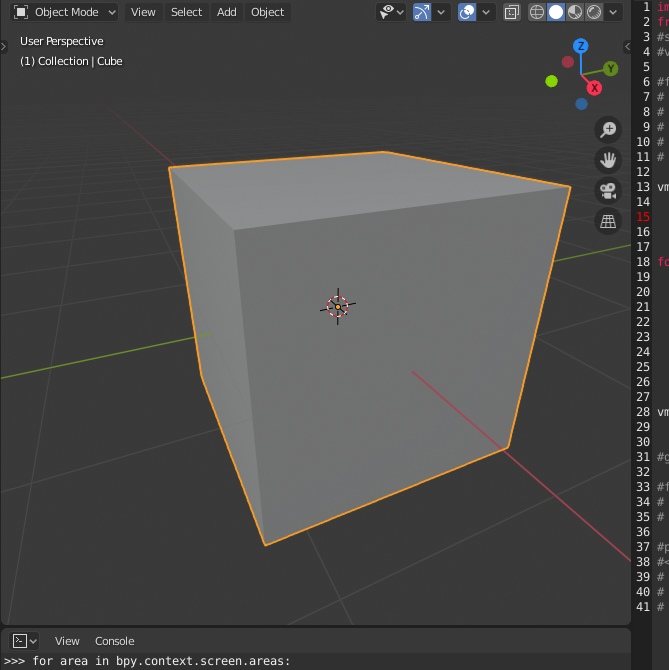 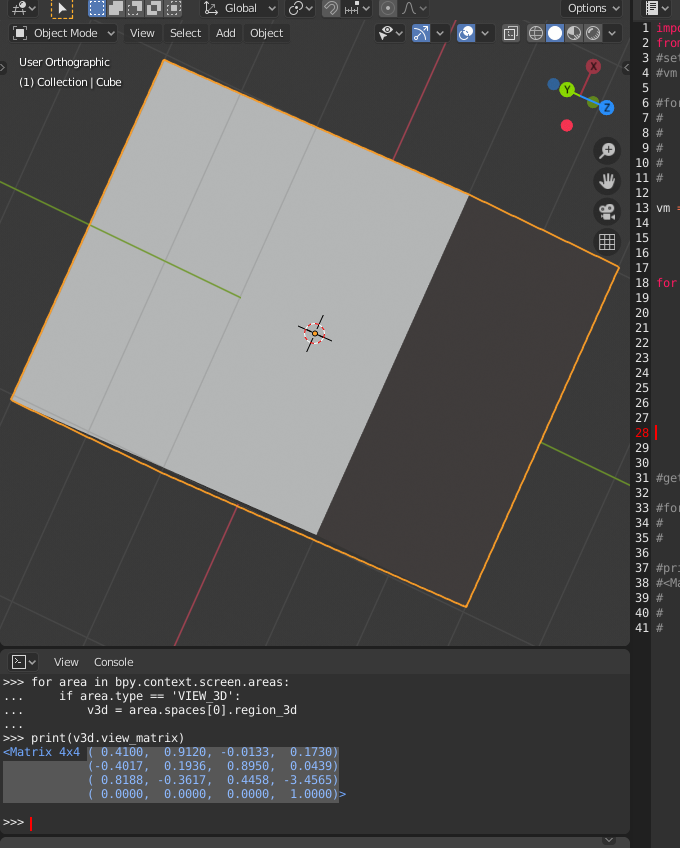 What am I missing here?

In order to use the Matrix class you can either use import mathutils and mathutils.Matrix() to initialize an instance or from mathutils import Matrix and then Matrix().

2
Transform (Rotate) with 4x4 matrix via python
0
Blender Game. My Game does not move when executing but it goes to the final position when I stop it.
2
Sequentially importing .obj files becomes drastically slow very quickly
1
How to select and separate same vertices as current selection on copied, very similar geometry
2
How to copy nodes and their links from one node tree/material to another - in python?
2
Different behaviour in script compared to Python Console
0
Python draw 2 vertices under specified angle EDIT!
2
How to force update the 3d view port in blender during python file execution