How to Offset\Distribute EVENLY with PBR in Blender 2.8x?

this my first question here and yes i'm a beginner in Blender especially in PBR.

So i'm trying to create a conveyor belt close to what you see in factories lines or airports, and I started with a simple cube (Default cube) and shaped it into a belt like you see in the pictures below.

Then I wanted to create vertical lines using the shader editor which then I can create an image from by baking it and then use it as diffuse map in Unity where then all I have to do is to just offset it (through time) the Y axis of the material in unity creating the effect of a working conveyor belt.

From the pictures below you can see where that happen and also you can see that the belt is perfectly Unwrapped. The cube is just made of 64 faces and I didn't use any modifier on the cube.

The lines i'm talking about are made like this:

Please download the blender file if you don't know what i'm talking, it's a very simple model. You can download it from github Here. I created it in Blender 2.81a. 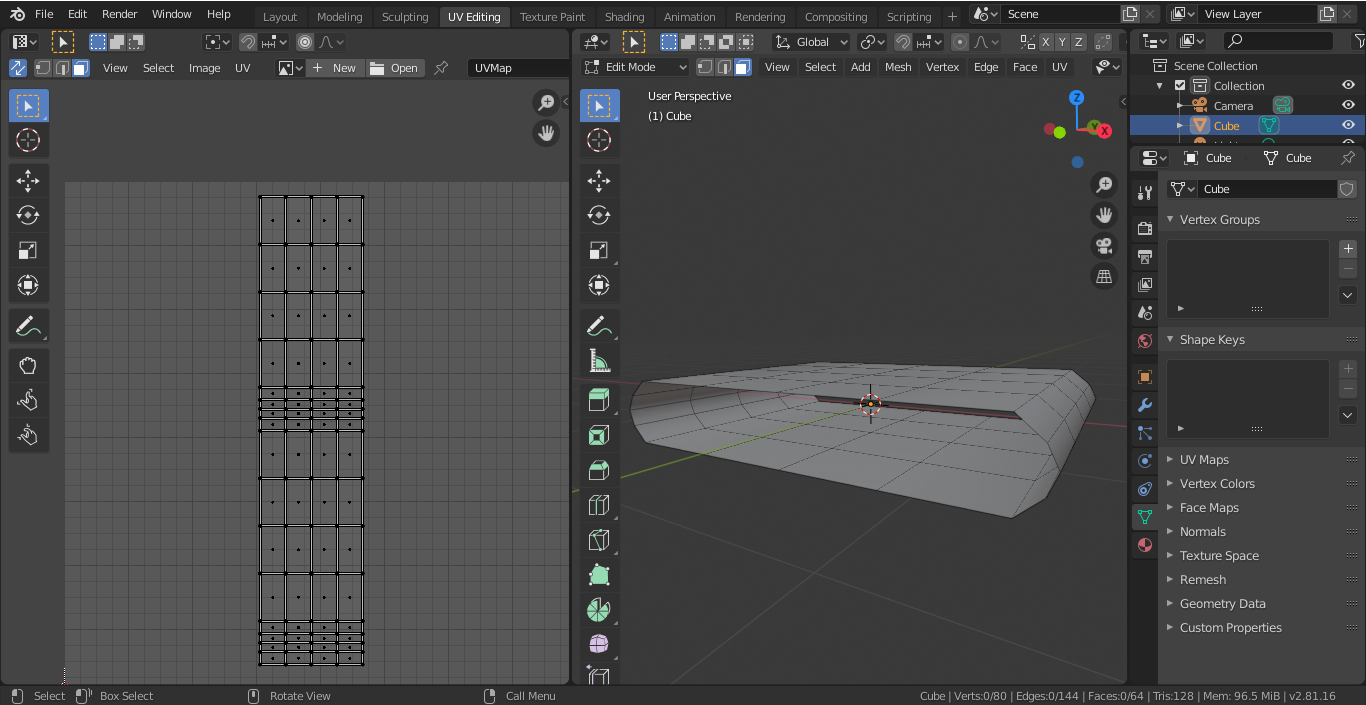 You need to map the UVs of your mesh so that they are spaced evenly according to their dimensions. Since your mesh will map nicely onto a 2D plane. Blender can do this for you very easily.

What you had was close, but not mathematically perfect.

The best way to do it would first be to mark a seam on your mesh that will tell blender where it can start mapping, then a normal U unwrap will work (keeping the dimensions of the faces consistent). See GIF

Not the answer you're looking for? Browse other questions tagged texturing uv node-editor uv-image-editor or ask your own question.

1
Problem with Fresnel Artifacts in PBR Shader
3
UV Mapping a simple cube only shows 2 sides textured
1
Cycle Nodes problem. Have no idea where to put ColorRamp
6
How to evenly unwrap / texture long extruded objects with folds and uneven segments?
1
material distributed based on mesh and not on vertex
1
Wave Texture: How can I have even bands proportions and distributions?
1
How to curve a texture in blender?