What is the best way to join two sculpted objects?

I have just finished a sculpt of my first head and neck in Blender which I did as two separate objects to be able to reposition at will. As you can see in the wireframed pic the neck has quite some excess and unwanted mesh which I would like to eliminate to improve on the overall poly count. 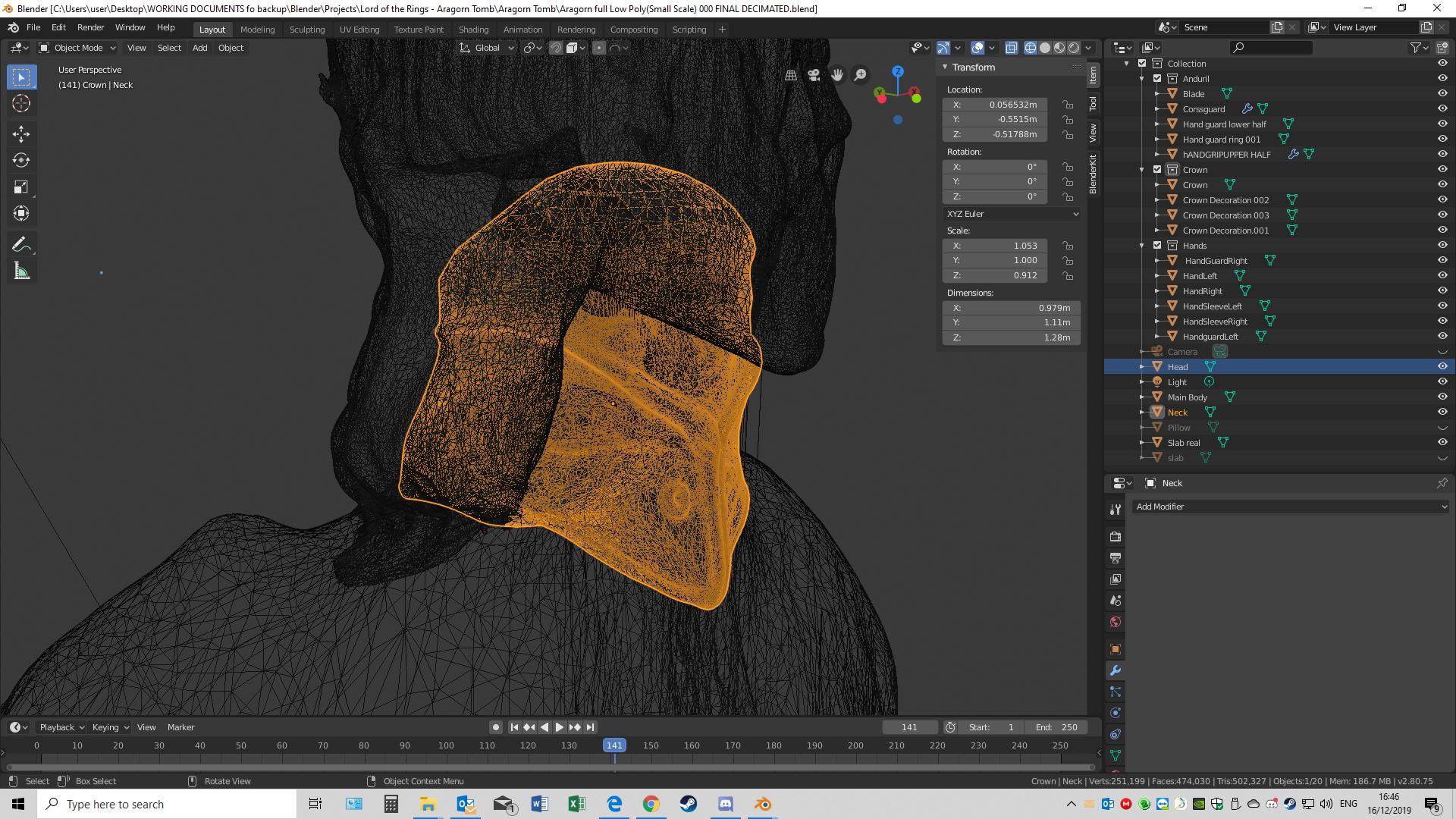 Which would be the best way to proceed to join the two sculpted objects and eliminate the excess mesh?

I tried deleting the excess vertices in the neck's mesh and then simply join the two objects. Once joined the deleted part was not visible at all. However, with this method I cannot smooth the line between the neck and head. Keep in mind that I plan to simply paint the objects with marble texture and the main aim is to finally 3d print the face. 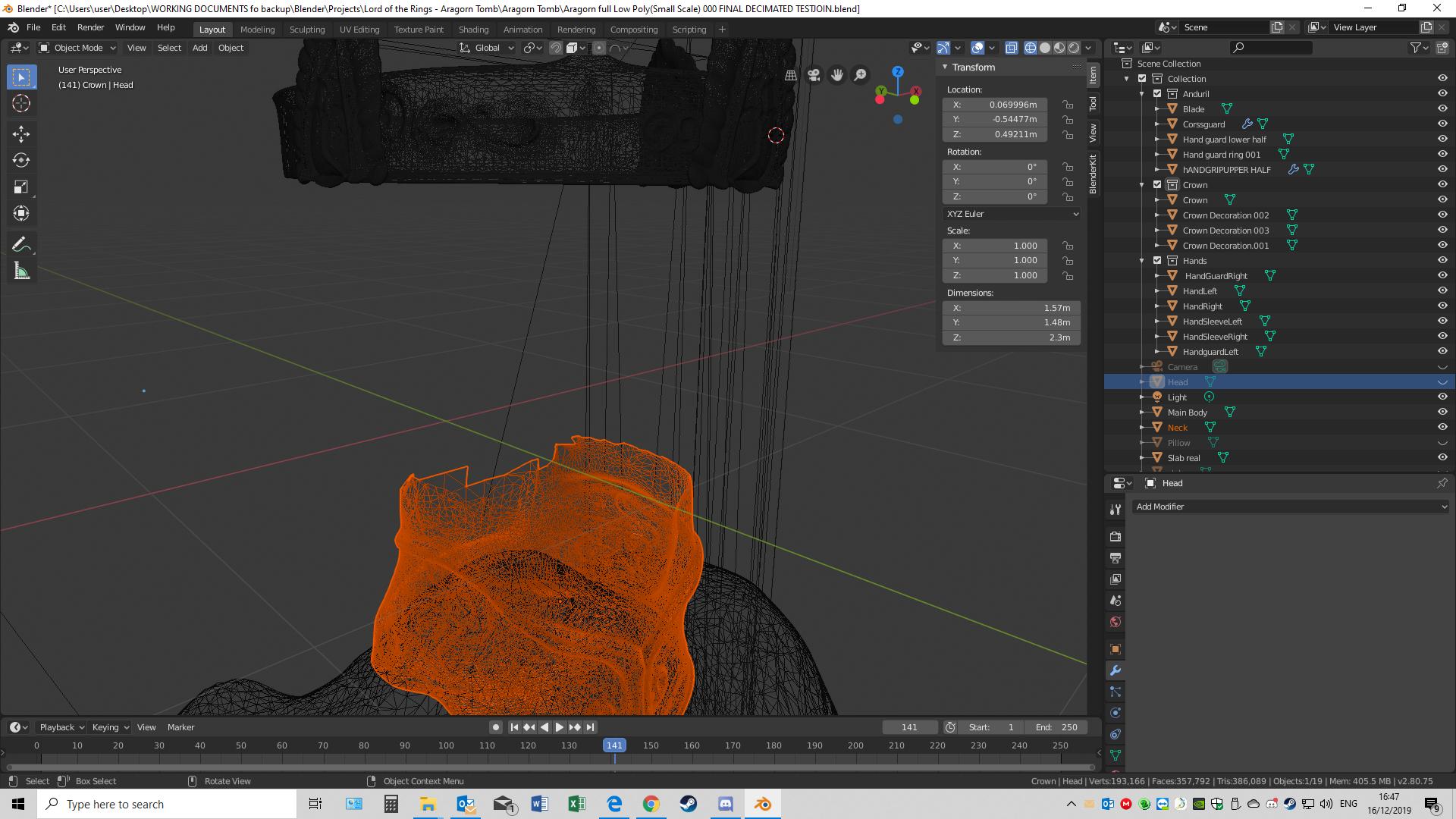 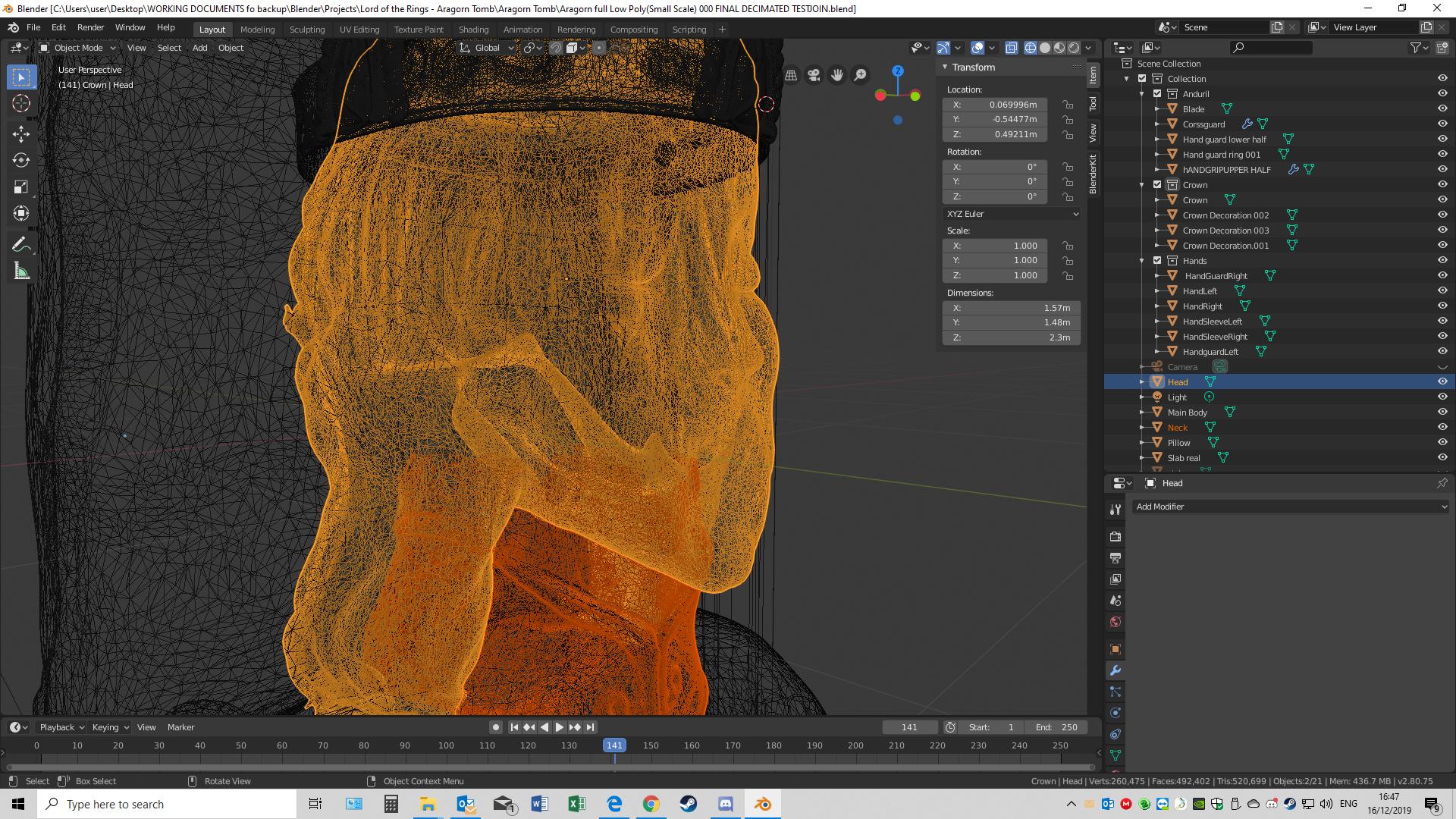 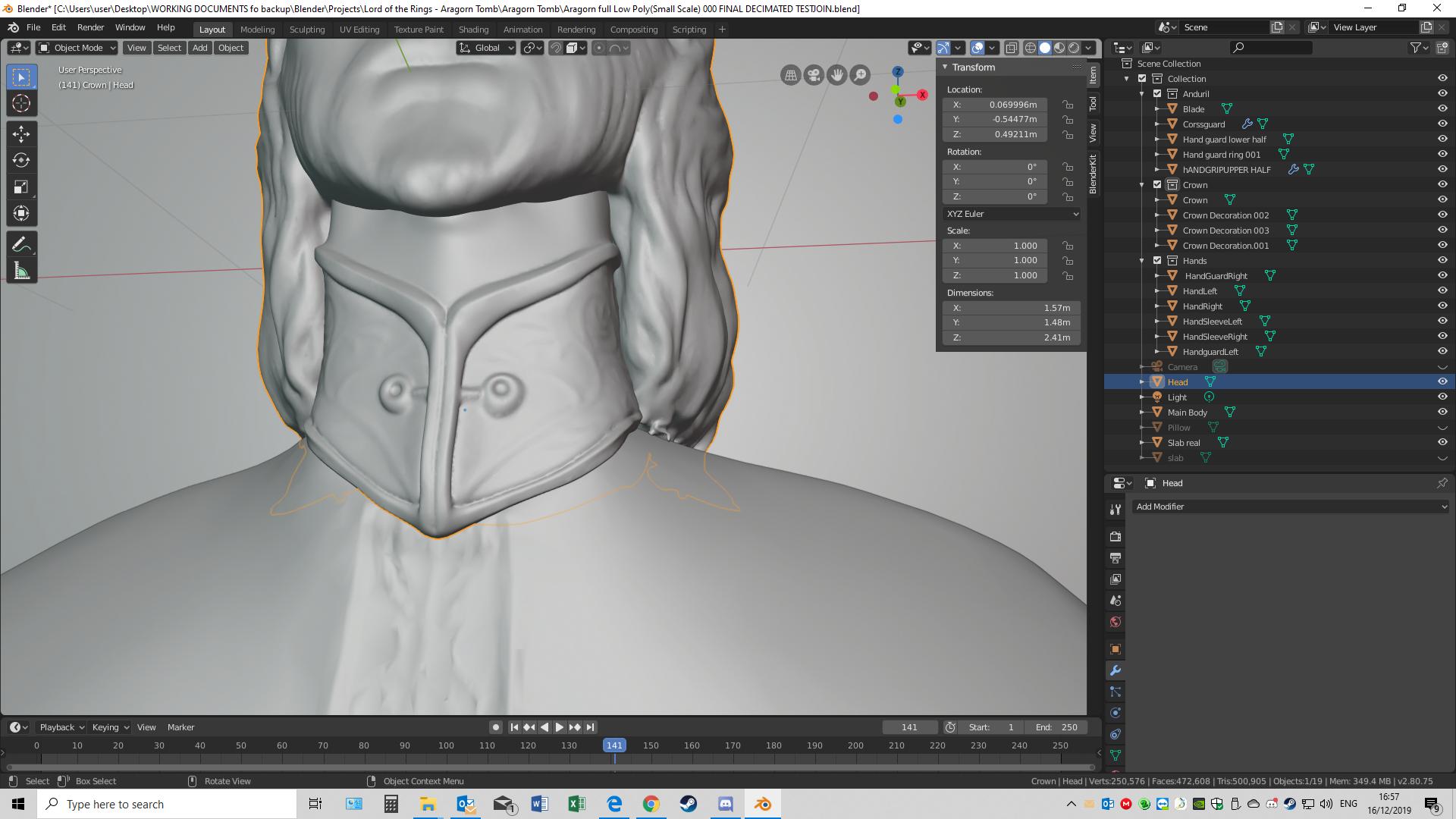 Why did I get this result when I did a Boolean Operation on the Neck and chose the head as the second object? The unwanted mesh on the neck was cut off as I wanted but the rest of the mesh resulted in a lot of disturbance. 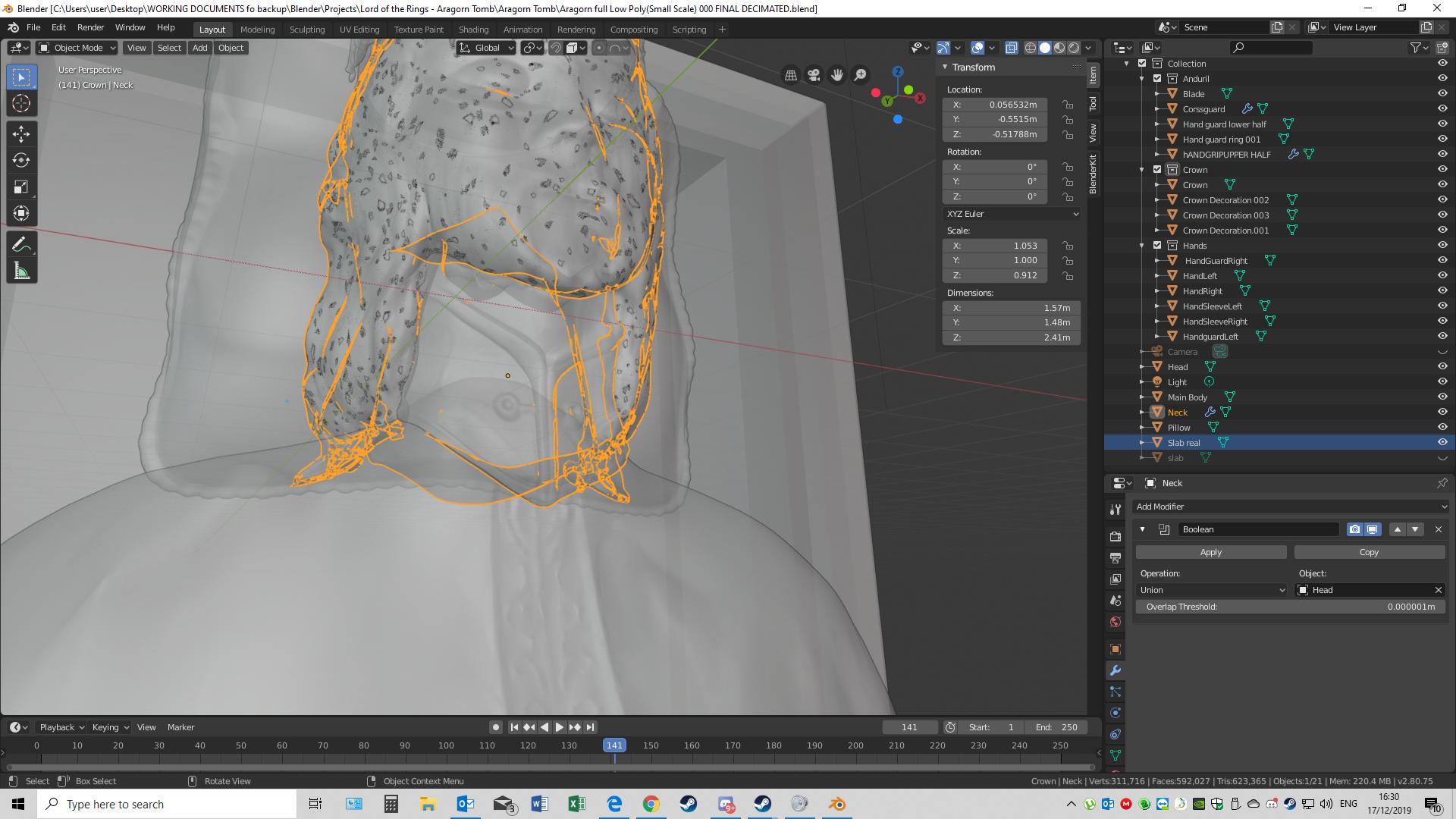 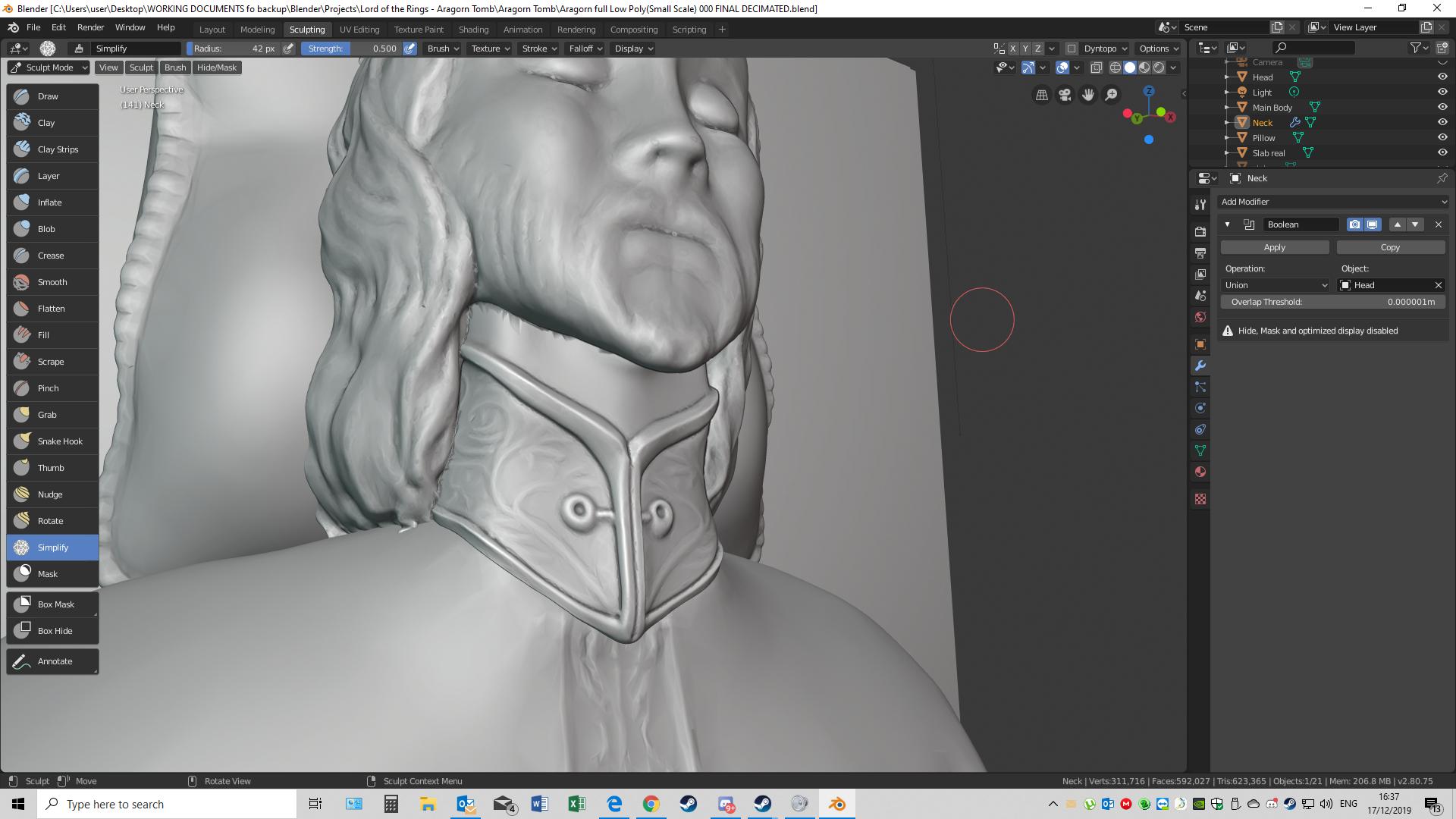 You should be able to do this with the Boolean modifier. Add a Boolean modifier to one of the objects you want to join, and set the operation to union. This will join the two meshes into non-overlapping meshes. You can then join the mesh without overlapping, disconnected vertices.

1
Join overlapping objects/meshes into one surface in Blender
3
How can I merge these two spherical objects into a single smooth mesh?
0
best way to join ears?
1
How can I add major geometry to a mesh in Sculpt mode?
0
Every time I try to select a single object, it selects everything in the scene. How do I separate them?
0
connecting two objects
10
Lamp Posts: correctly oriented instances on a 3D curve
1
Problems in Joining two sculpted object
4
How can I apply some kind of pattern on a mesh?
0
Boolean cut not working